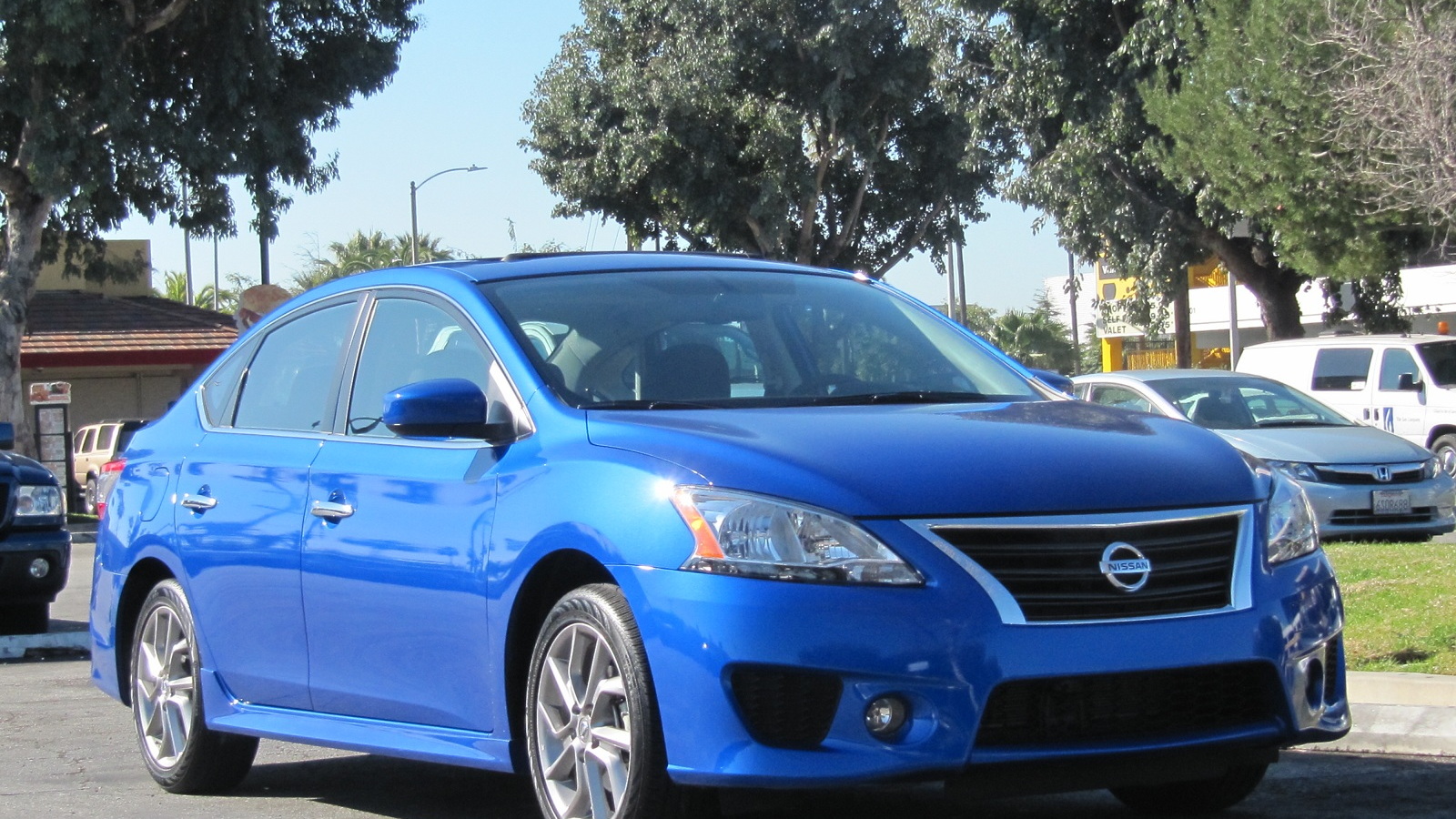 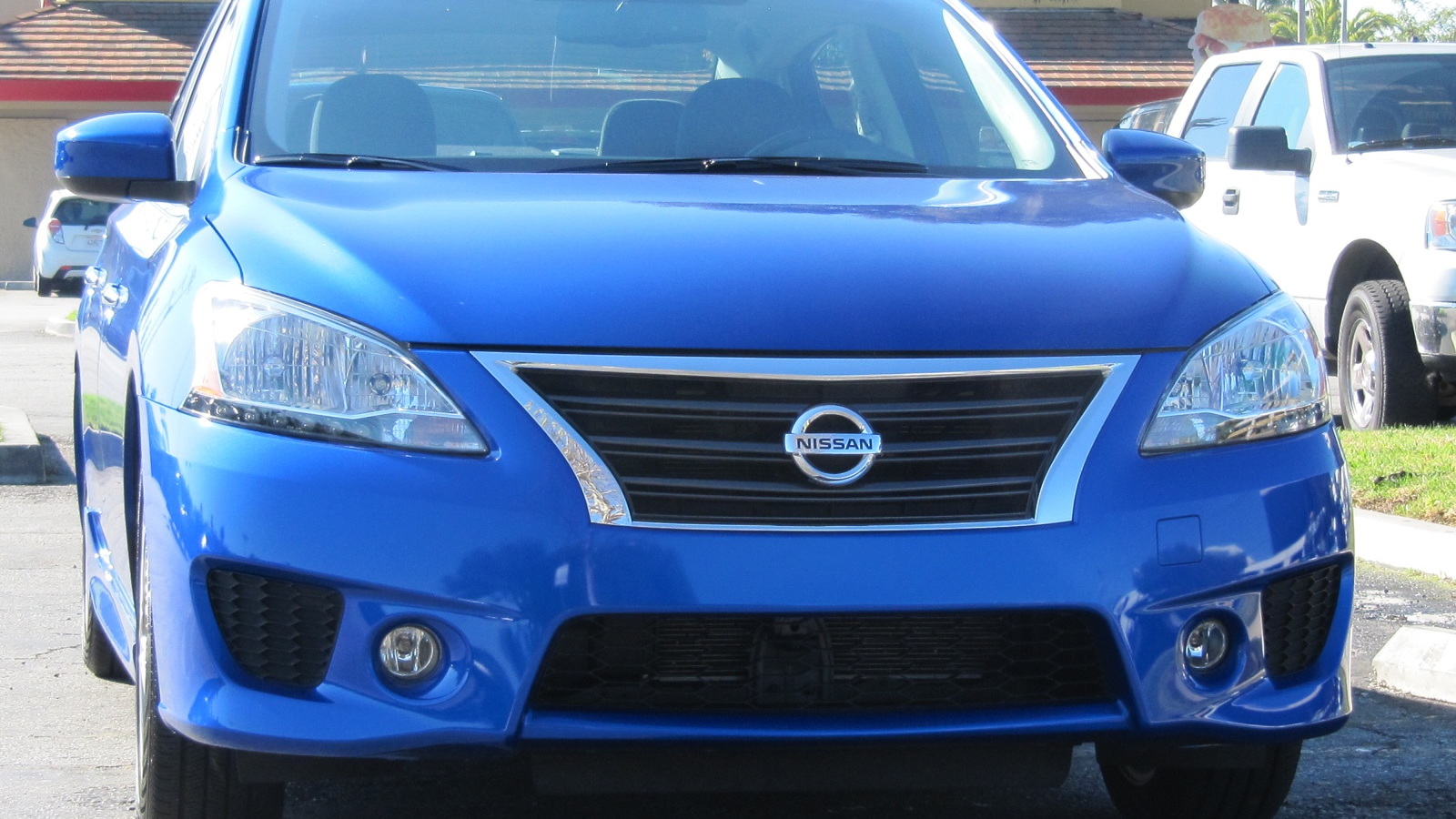 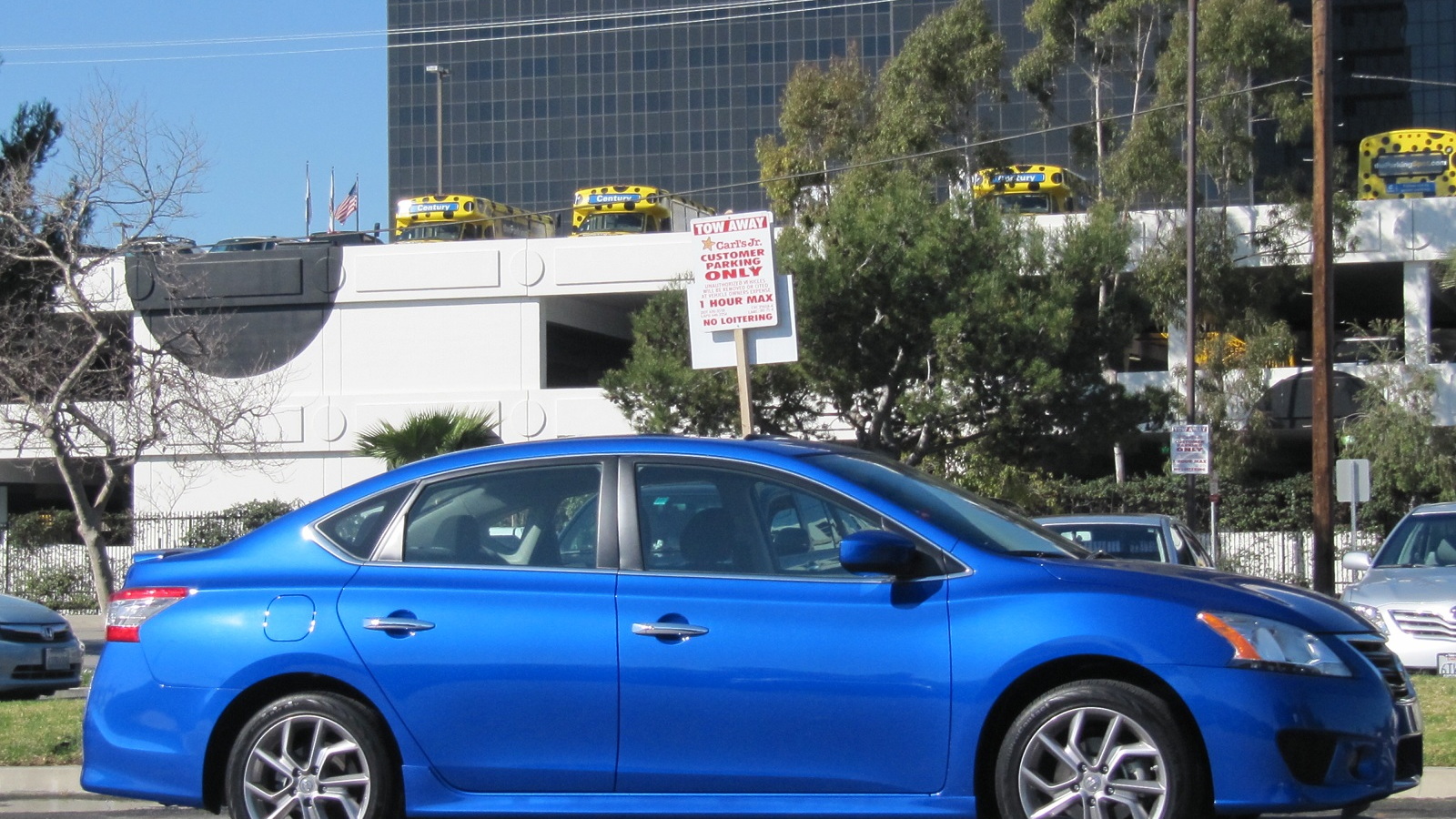 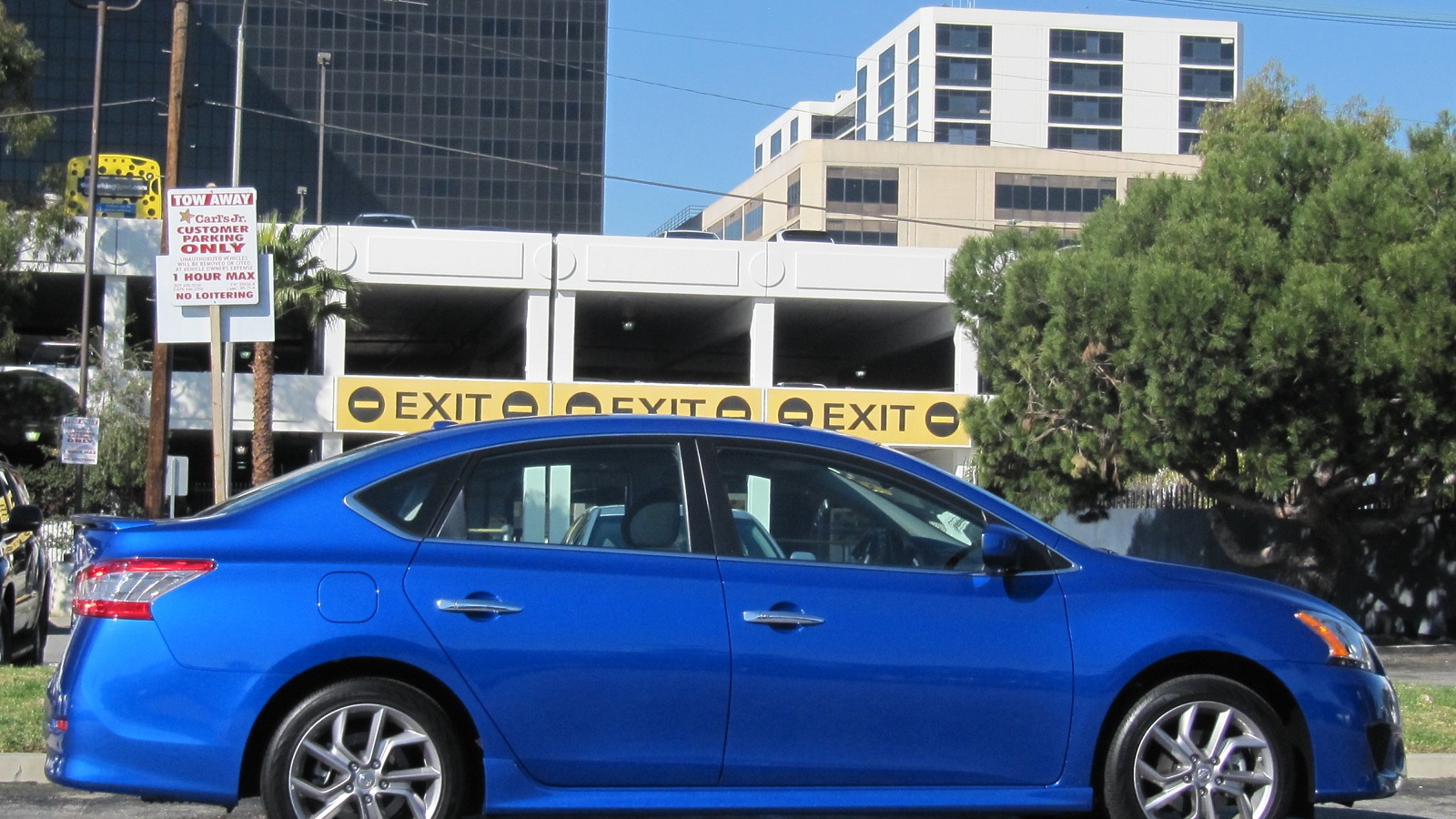 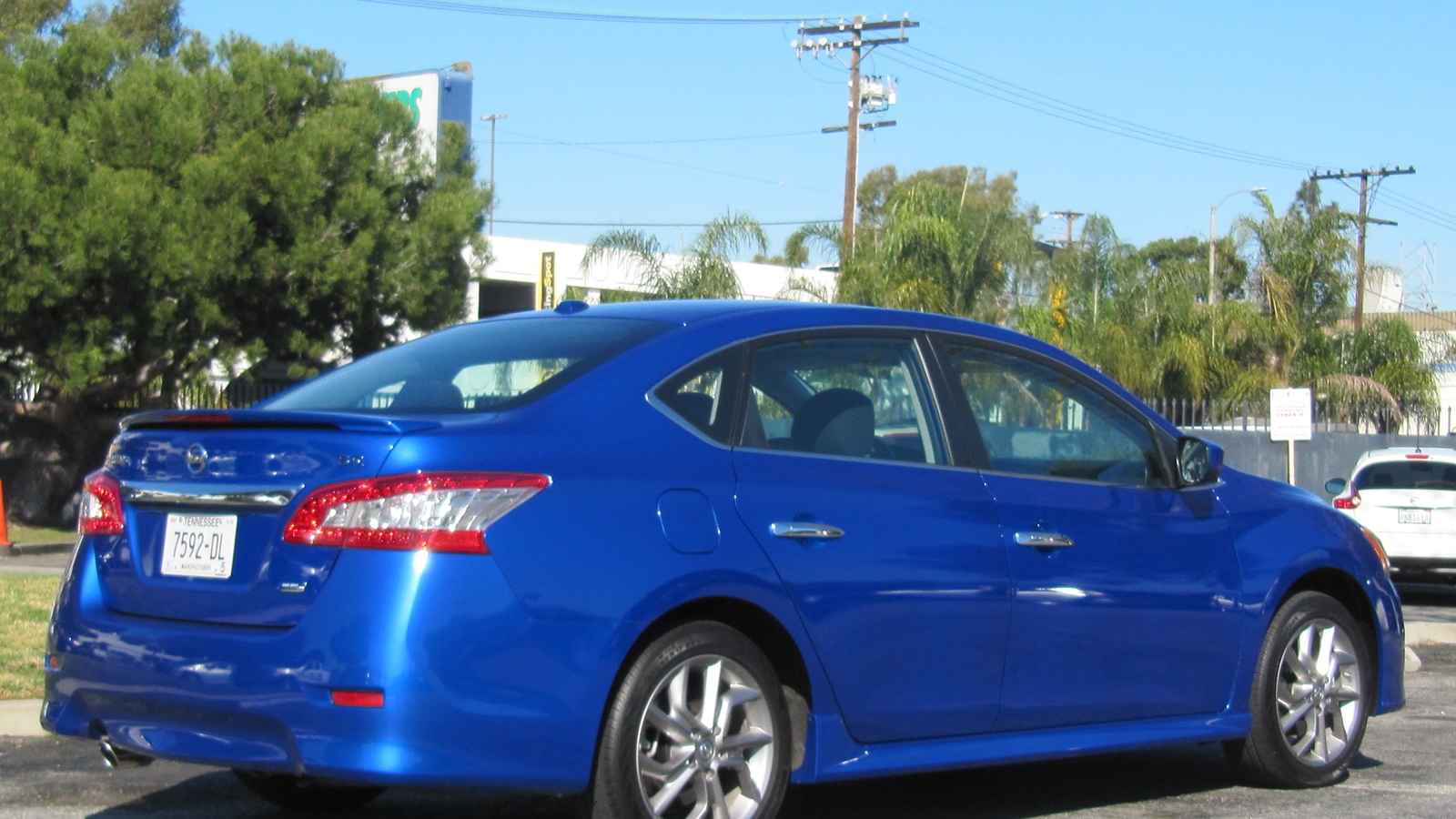 We hadn't driven a 2013 Nissan Sentra, the all-new compact sedan, until last week.

And our drive was hardly representative, since we spent the bulk of it in the peculiar world of freeway traffic in Los Angeles.

That means traffic moving at average speeds of anywhere from 60 to 85 mph, with occasional--or more than occasional--snarls that dropped speeds to 30 mph or less, frequently right down to zero, in one lane or another.

It's far from steady-state highway driving, since brisk acceleration is required to avoid getting a large sport-utility vehicle or silver luxury sedan (usually driven by someone wearing $900 sunglasses) right up your backside.

But it's also not the kind of city driving that requires frequent stops and long waits in idle at traffic lights.

So how did our bright Metallic Blue Sentra do?

Which is pretty good, considering it's rated at either 33 or 34 mpg combined (depending on specific options), with 39 mpg on the highway cycle and 30 mpg for the city rating.

A handful of other quick impressions:

We should note that our car carried a disclaimer saying it was a prototype vehicle, and "should not be regarded as representative of the final product," because details of fit, finish, and assembly quality "may not be up to production standards."

So what's our bottom line on brief exposure, after this far-from-thorough test under limited circumstances?

Under our driving cycle, the Sentra got about the gas mileage we'd have expected--perhaps slightly better.

And it was a pleasant enough car to drive around in--if you don't mind the seat fabric.

On top of that came the $650 Navigation Package, which increased the display to a 5.8-inch color touchscreen, and included voice recognition, integrated traffic and weather information, Google Send-to-Car mapping, Pandora radio capability (for iPhone only), Bluetooth streaming audio, and a rear-view monitor.

With a mandatory destination fee of $780, our Sentra SR carried a bottom-line sticker price of $22,580.