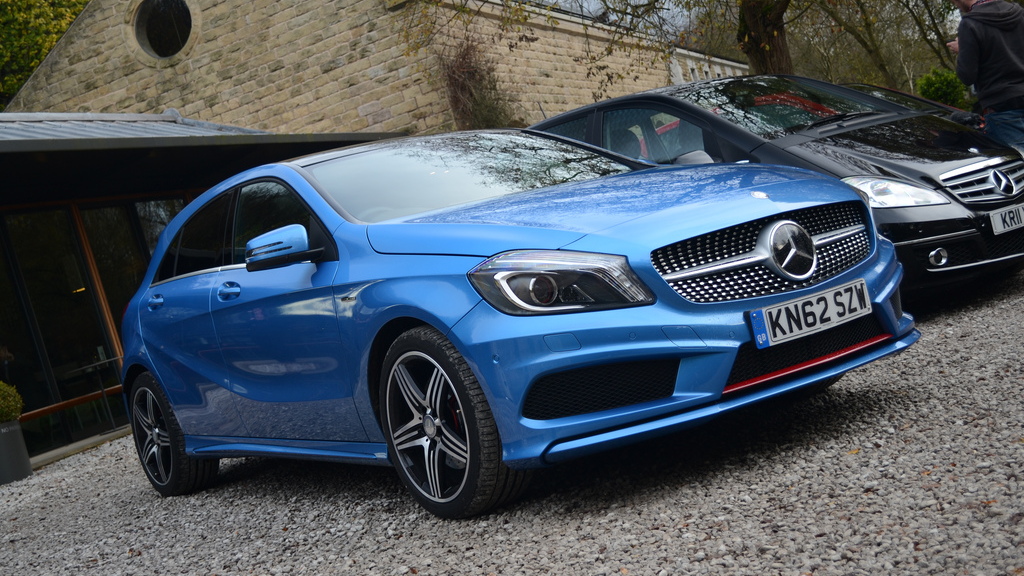 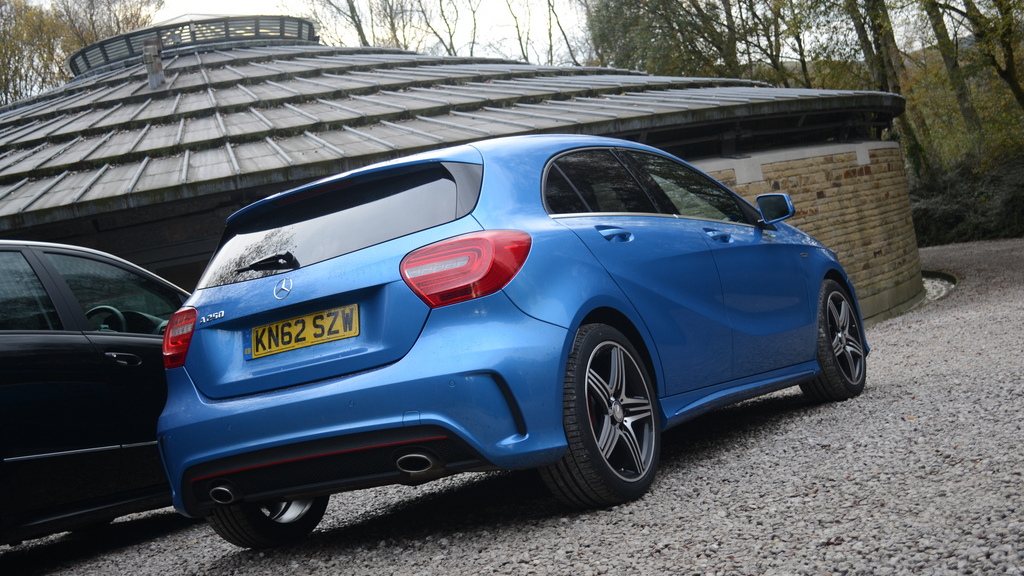 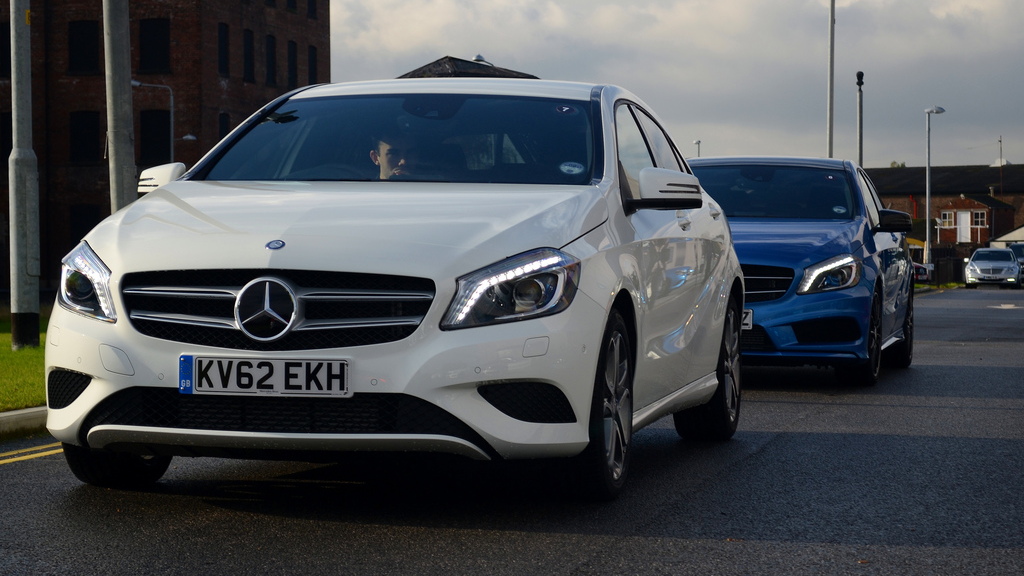 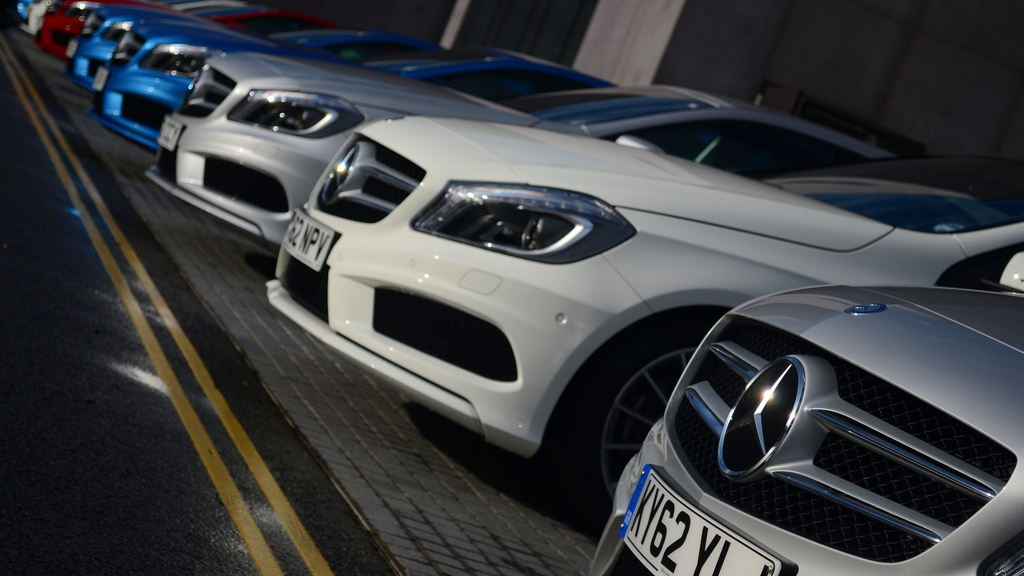 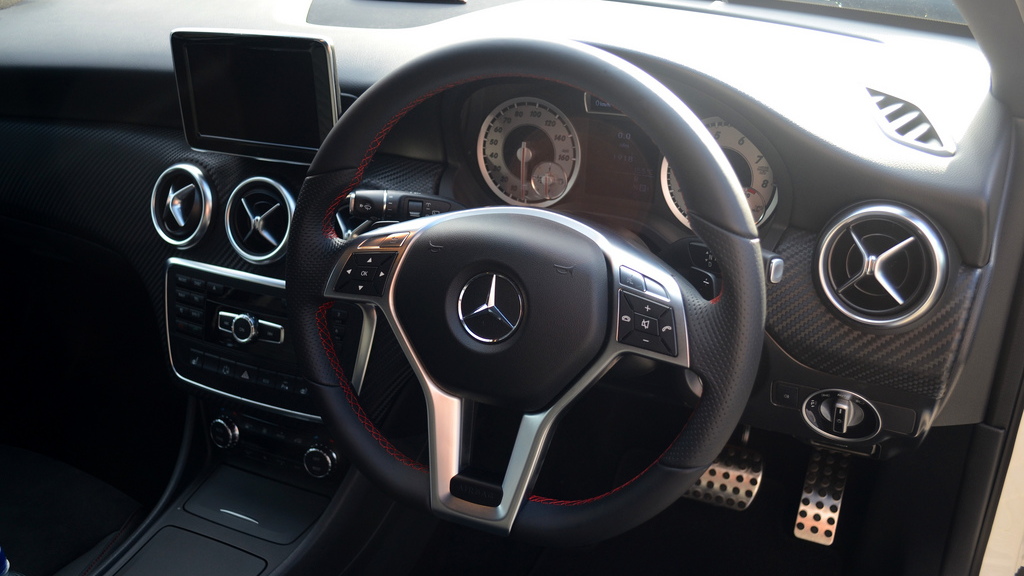 Built seemingly to last forever, they were vehicles of aspiration, a cut above volume vehicles from other carmakers.

How things change. Aspiration may still be a part of owning a Mercedes-Benz, BMW or Audi, but now gas mileage and practicality are as important as size and luxury. The 2013 Mercedes-Benz A Class is designed to cover all those bases and more.

A Class: A brief history

Previous generations of A Class were rather different.

First launched in 1997, the original tall, space-efficient A Class quickly had its reputation shattered by rolling during a swerving avoidance test in a Swedish magazine.

Hasty corrections--such as now-standard technology like Active Stability Control--fixed its wayward handling, but turned the otherwise well-designed small car into a tedious thing to drive. Late-90s Mercedes quality was also well below par.

The second generation launched in 2004. Quality jumped up, handling improved, and a three-door model was added. Practicality was similar though: Both original A Class generations featured high cabin length to vehicle length ratios. The original A Class featured interior space similar to the contemporary E Class.

The new A Class is essentially unrecognizable from its forebears.

Now a two-box design rather than a one-box; lower, wider, sportier and altogether more aggressive, it's pitched directly at the Audi A3, BMW 1-Series, Volkswagen Golf and Lexus CT 200h. You can judge the styling yourself from the images.

How impressive? Well, we drove two examples--the gasoline-powered A250 BlueEfficiency with the 7-speed dual-clutch transmission, and the A200 CDI, a turbocharged diesel, also with the 7-speed DCT.

In optimistic European testing the former gets an official 38 mpg combined, the latter 54.7 mpg. Bank on 30-31 mpg and 43-44 mpg as an EPA-equivalent figure.

While we couldn't take a reading from the A250, the trip computer showed an average of 47 mpg in the A200 CDI by the end of an 80-mile journey through the UK's beautiful Peak District.

Both our test cars were in 'AMG Sport' trim. That gets you 18-inch wheels, lowered sport suspension, and fancy interior trim with hugely comfortable sport seats.

Handling was precise--there's not a lot of body roll, the steering is accurate (if rather light) and levels of grip are high. The brakes are good too, with a satisfyingly firm pedal and good stopping power.

Both engines are impressive. The A250 makes 211-horsepower from its turbocharged 2.0-liter, and officially reaches 52 mph in 6.6 seconds. The dual-clutch gearbox is swift, but not quite as eager to respond to your demands for gears as the Volkswagen equivalent.

It also hunted around uncomfortably on a few hills, and in gentle driving the early automated down-changes--to improve engine braking--became irritating, particularly as the car jerked with each change.

The gearbox is much happier with the 1.8-liter, 136-hp diesel unit. Up- and down-changes are nearly imperceptible.

Performance is still strong too--9.2 seconds to 60 mph, and 130 mph flat-out. Extra low-down torque from the diesel motor makes rumbling around at low speeds fairly effortless. A little diesel noise makes its way into the cabin, but little enough so as not to intrude.

Both engines also feature stop-start technology to improve city economy. Apart from a little extra noise and vibration on re-start, its operation is pretty faultless, even with the auto gearbox.

Mercedes-Benz confirmed a while back that its baby will arrive in the U.S, though it has since announced that cars based on the same platform will appear--a CLA shooting brake and GLK crossover.

The engine from the A250 is most likely to arrive, but a diesel isn't out of the question. We've no doubt that U.S. buyers would happily accept a range consisting of only four-cylinders too--performance is more than up to scratch.

While the new A-Class isn't as overtly practical as older models, it's now a genuine competitor for its rivals and has a compelling blend of quality, performance and economy.

Perhaps its greatest achievement is combining those talents with the sort of qualities previously associated with Mercedes' largest vehicles--downsizing is here to stay, folks.