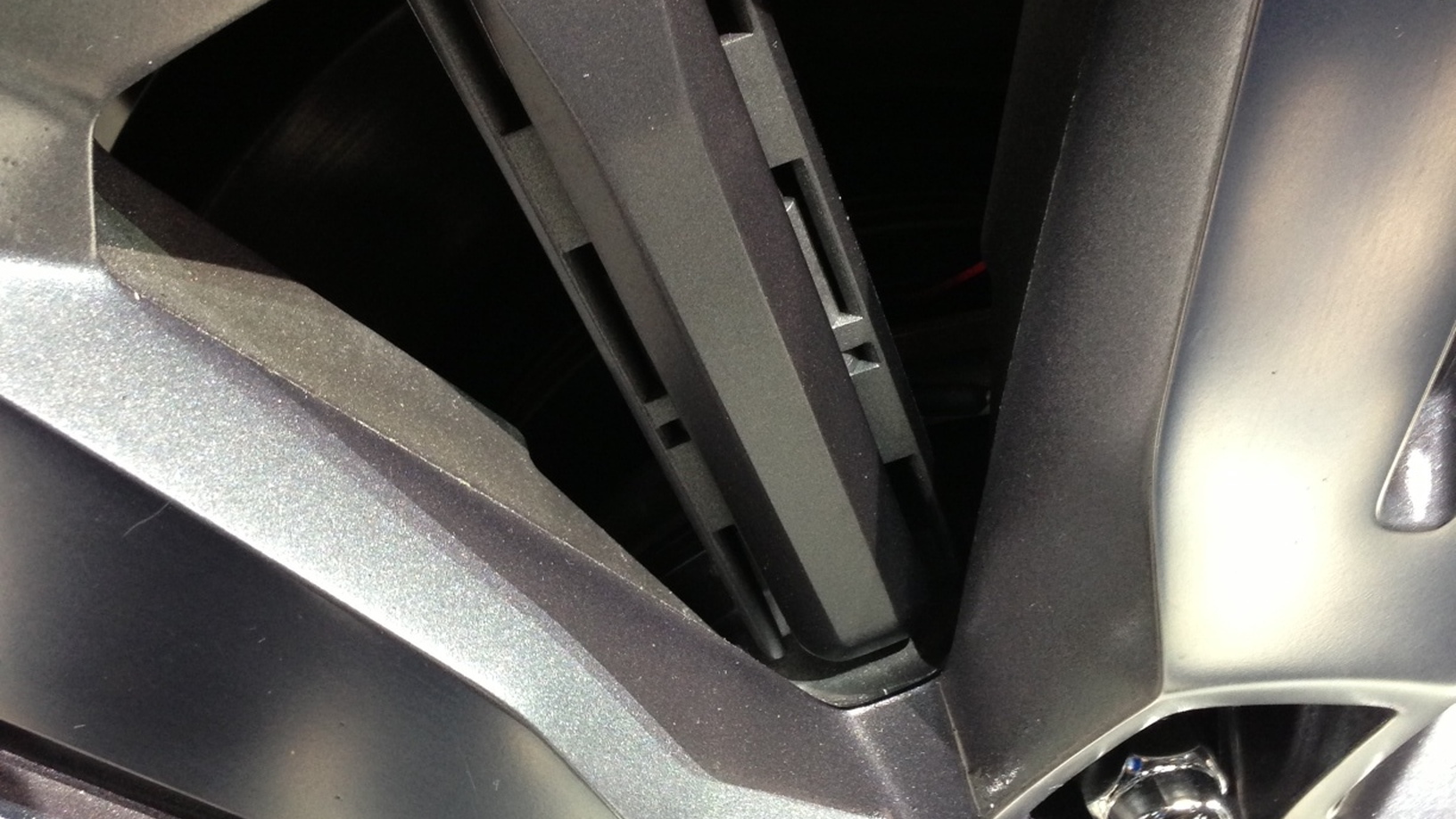 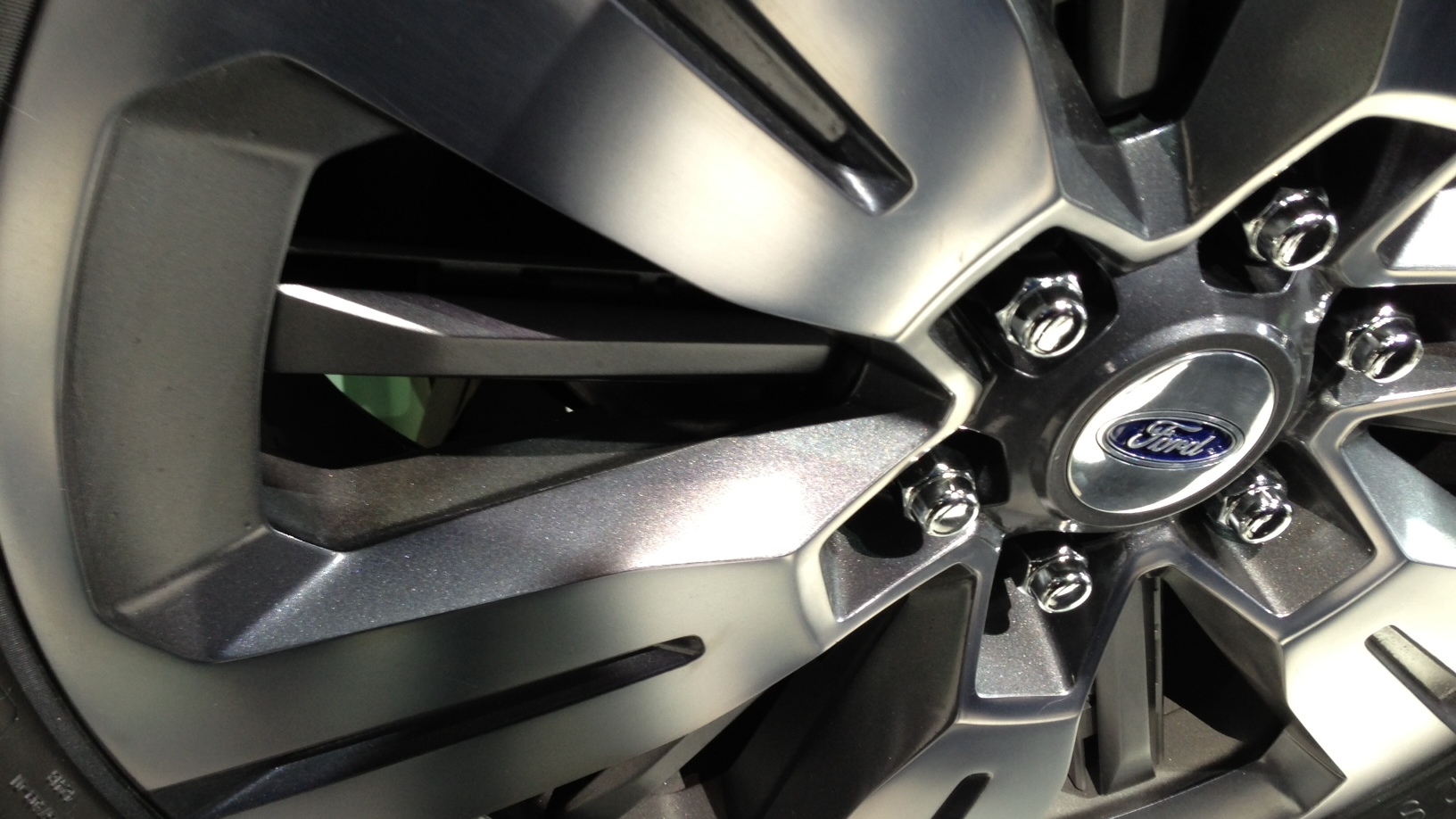 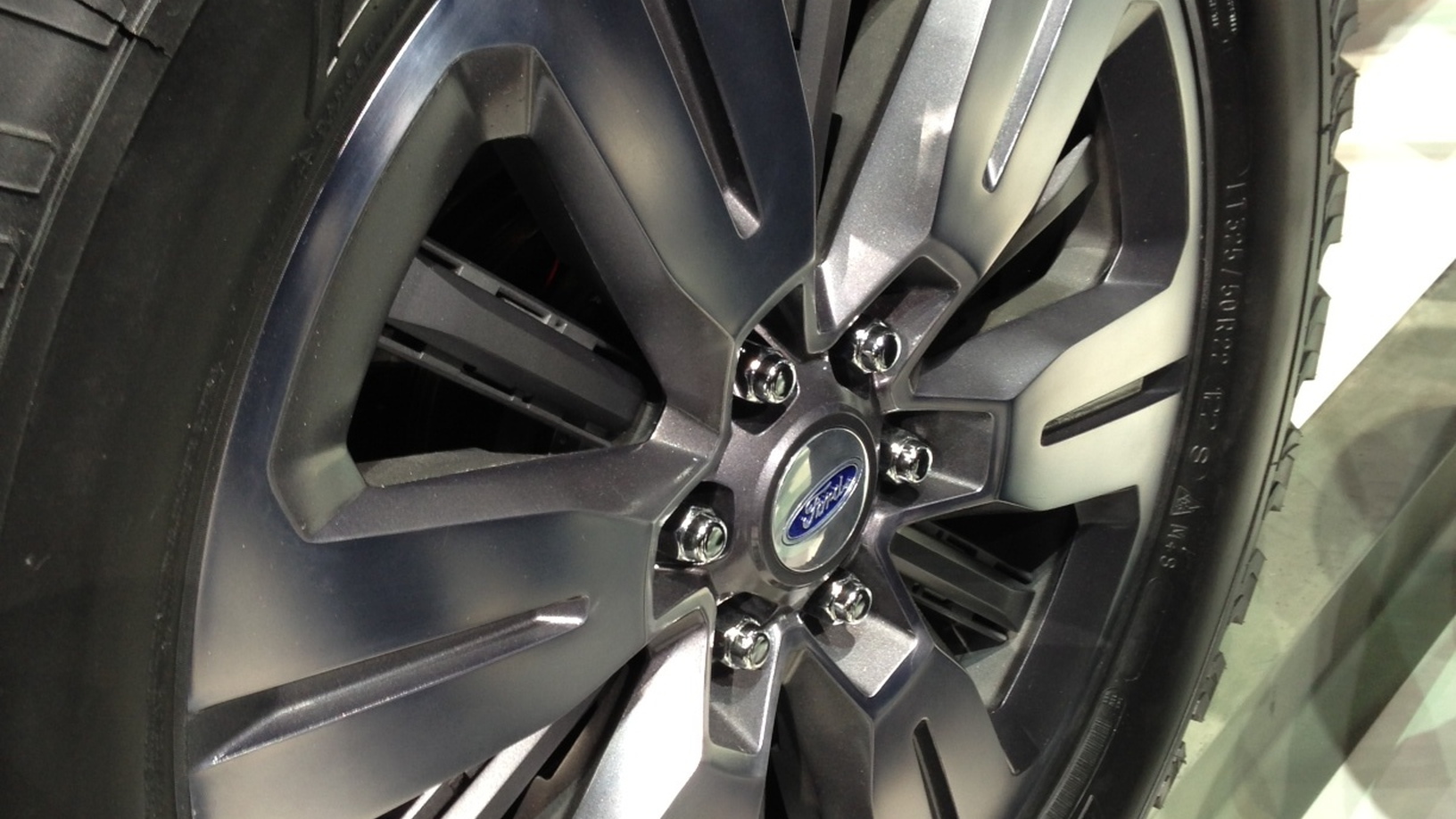 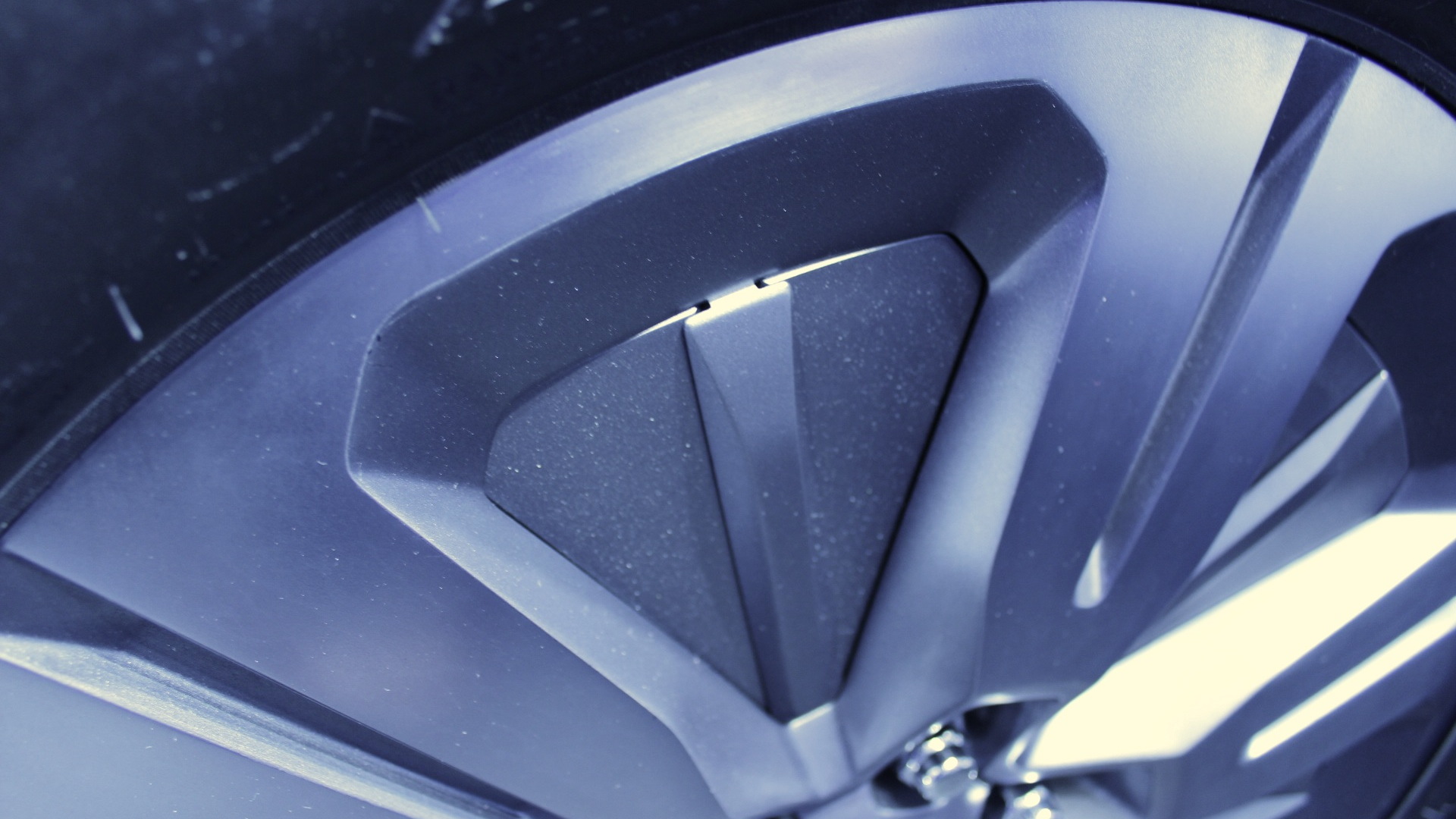 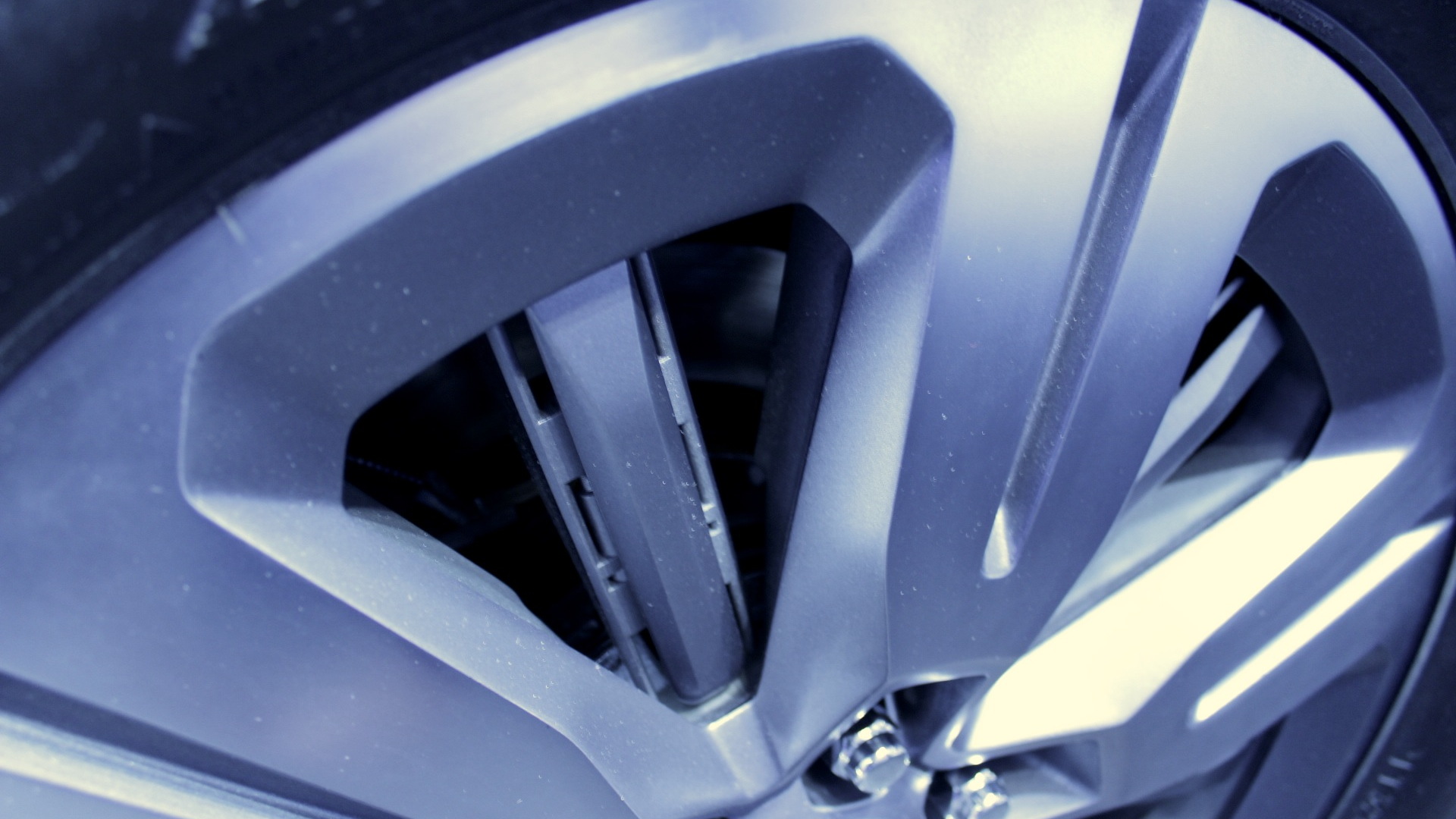 8
photos
In order to improve the aerodynamics of new vehicles—and boost their highway gas mileage—automotive engineers have looked to a new series of seemingly minor features that add up to meaningful gains in EPA ratings.

One of them is the active grille shutters that have become increasingly common in vehicles as diverse as the 2013 Ford Escape EcoBoost 1.6 to the Chevrolet Cruze Eco, and even the 2013 Ram 1500. Simply put, they allow more air under the hood only when it’s needed for cooling, only when it’s needed, and they otherwise direct air away from the hood. 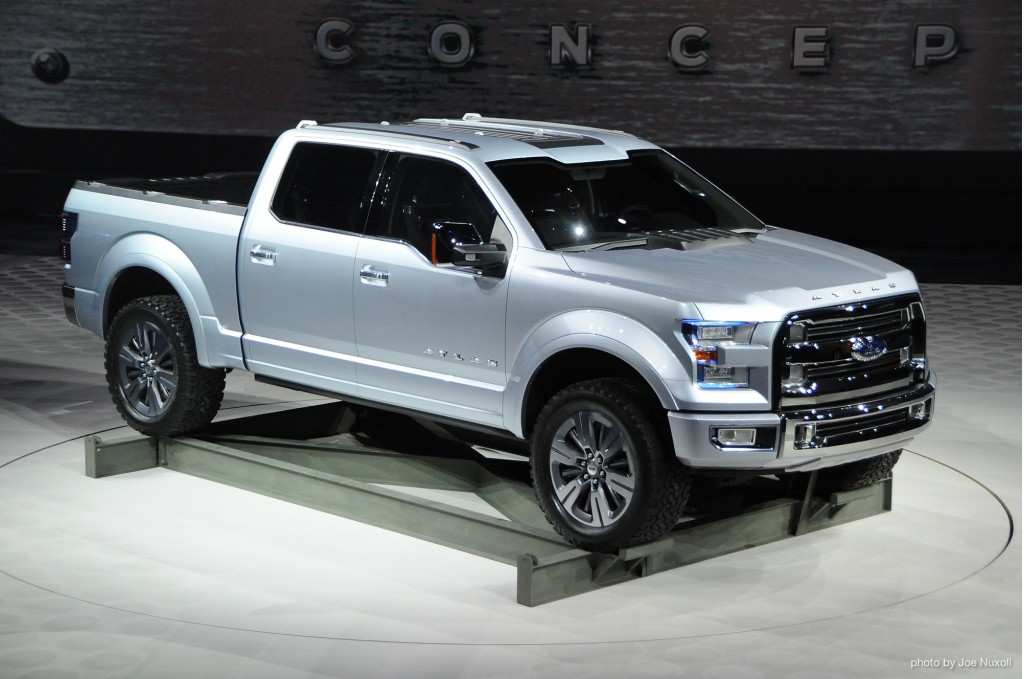 Now, in the new Atlas Concept first shown here at the 2013 Detroit Auto Show—a concept that previews technologies and ideas for a next generation of the best-selling F-150 trucks—Ford Motor Co. [NYSE: F] has included a new ‘smart’ aerodynamic improvement: automatic wheel shutters.

These wheel shutters align with the spokes of the truck’s alloy wheels when at rest or at low speeds, yet at highway speeds they automatically close so as to create a nearly flush wheel surface. Energy harnessed from the motion of the wheels (recharging batteries) would provide the means of opening and closing the shutters, while they’d also open during heavy-duty use like towing, or rapid braking.

Why is this technology, which could be used in a wide range of vehicles, first being shown in a truck? According to Raj Nair, Ford Group VP for Global Product Development. Trucks need large wheels—and wheel wells—and so there’s a lot of potential turbulence from that at higher speeds.

“The wheel well areas are one of the dirtiest areas for aerodynamics, and these wheel shutters, they actually close off these open areas at speed and improve the aerodynamics,” explained Nair.

According to Ford, the grille shutters, wheel shutters, power (automatically retracting) running boards, and a drop-down front air dam altogether save more than two miles per gallon on the highway—a gain of nearly ten percent altogether for those technologies together.

Nair couldn’t quote a number on the aerodynamic improvement of the wheel shutters alone, but he reiterated that it’s one of the technologies the company is considering for improvement in aerodynamics.

“It’s a technology we’re investigating,” said Nair. “As with any brand-new technology there are so many factors that come into play to make this feasible; it’s just a design study right now.”

Durable enough for a truck? 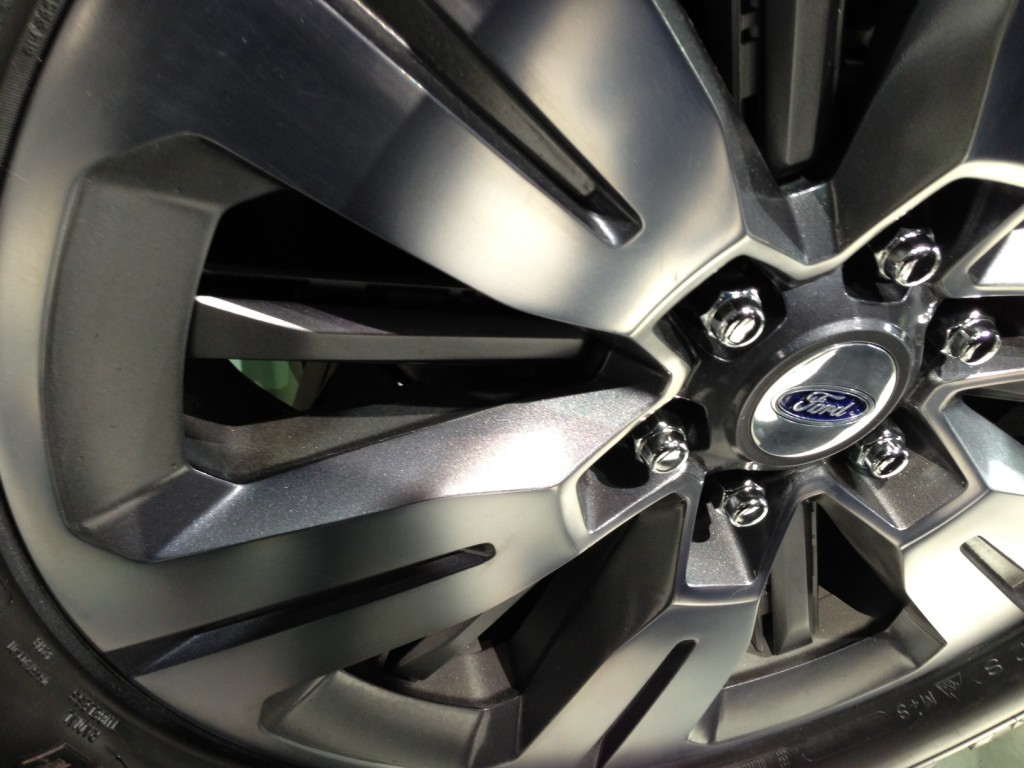 Potential issues with the technology include how reliably the wheel shutters could function, day in and day out through muddy or very icy conditions, or even off-road. And as with any fuel-saving technology, there are cost and complexity components that ultimately determine whether you’ll see it in a vehicle within a few years.

It’s an innovative idea for sure, and based on his enthusiasm, one that Nair champions. “As an engineer, it’s really cool,” he said. “We get fascinated by such really cool stuff (like this), and we work hard to bring it to production.”