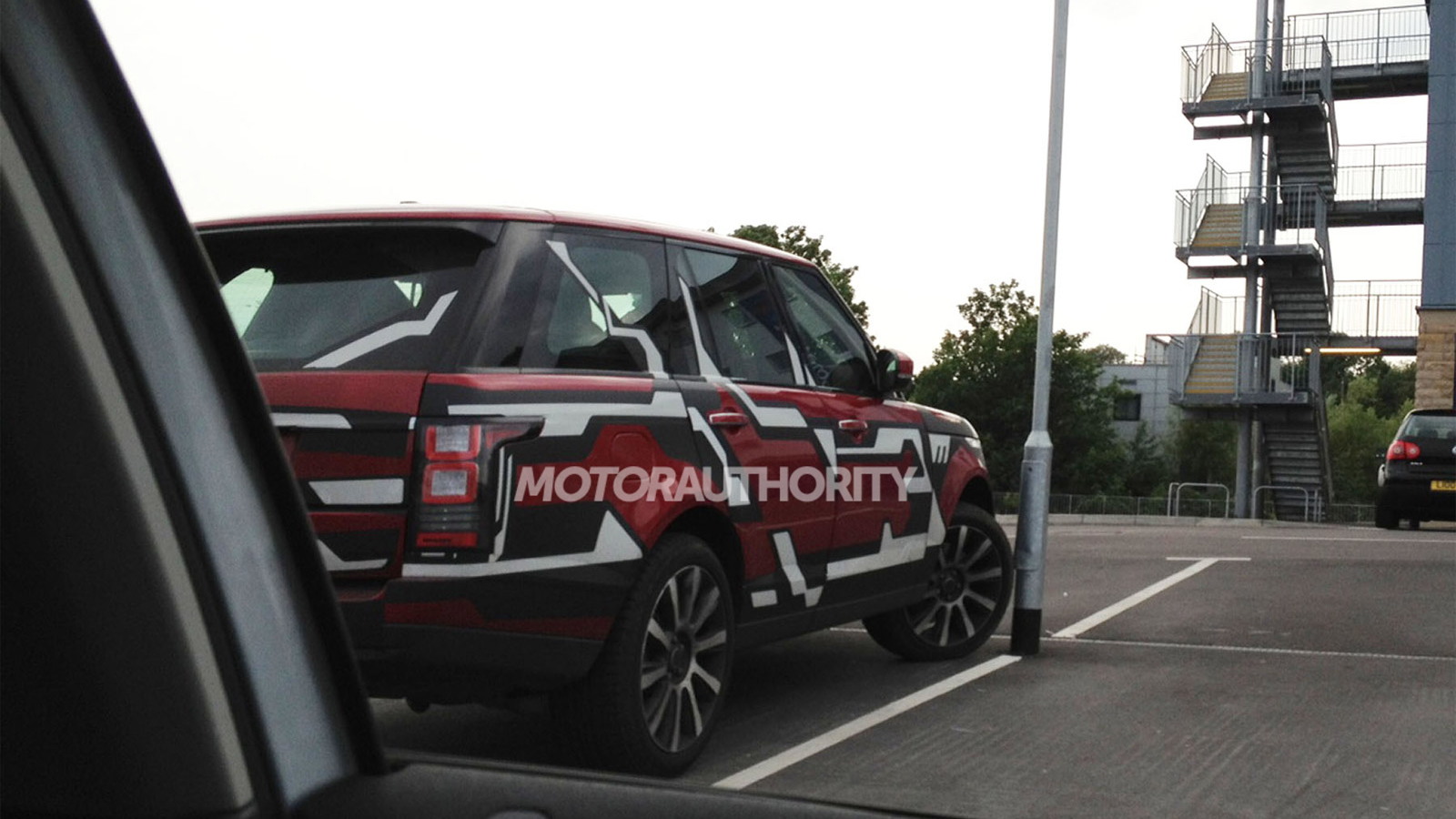 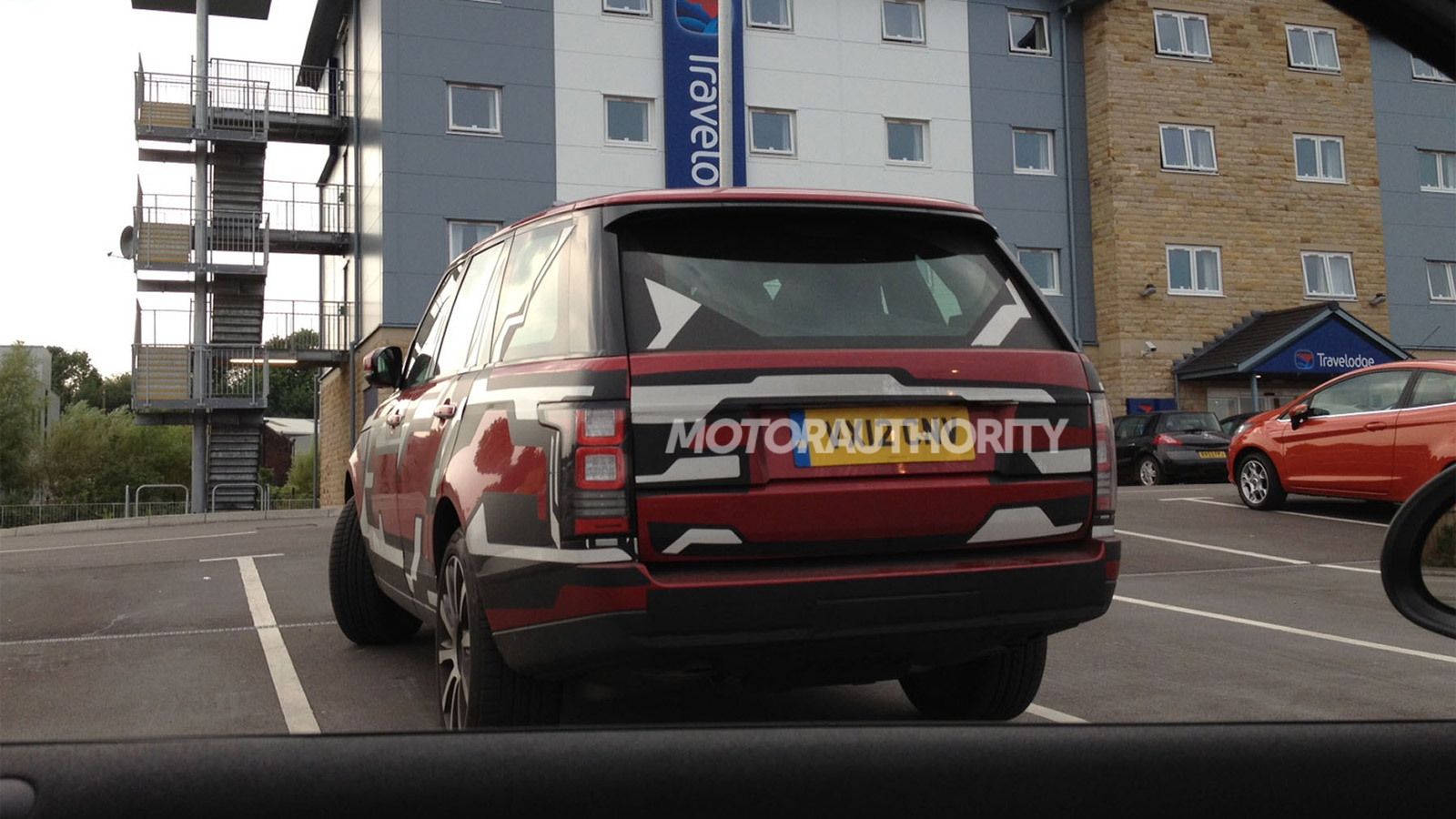 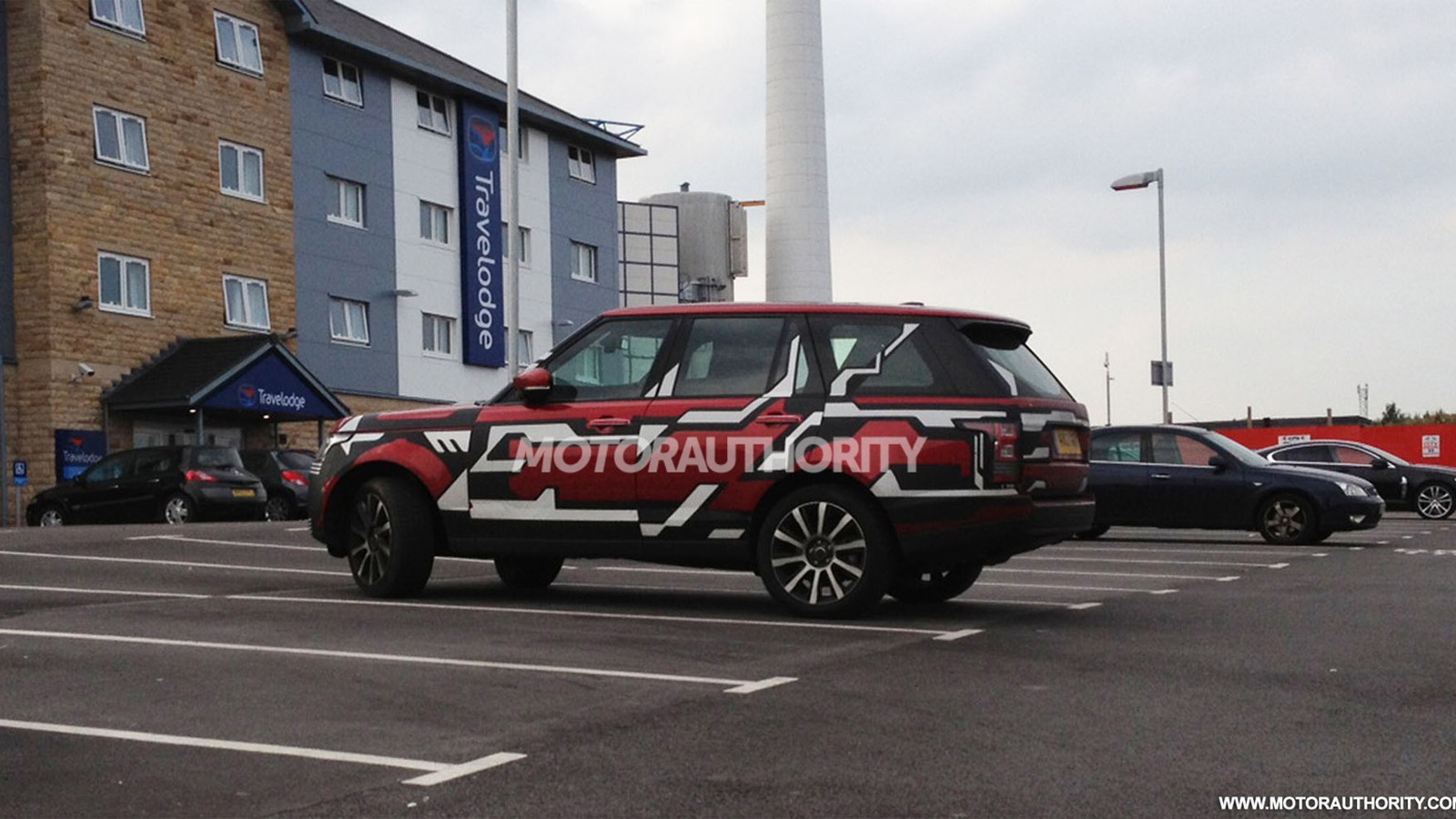 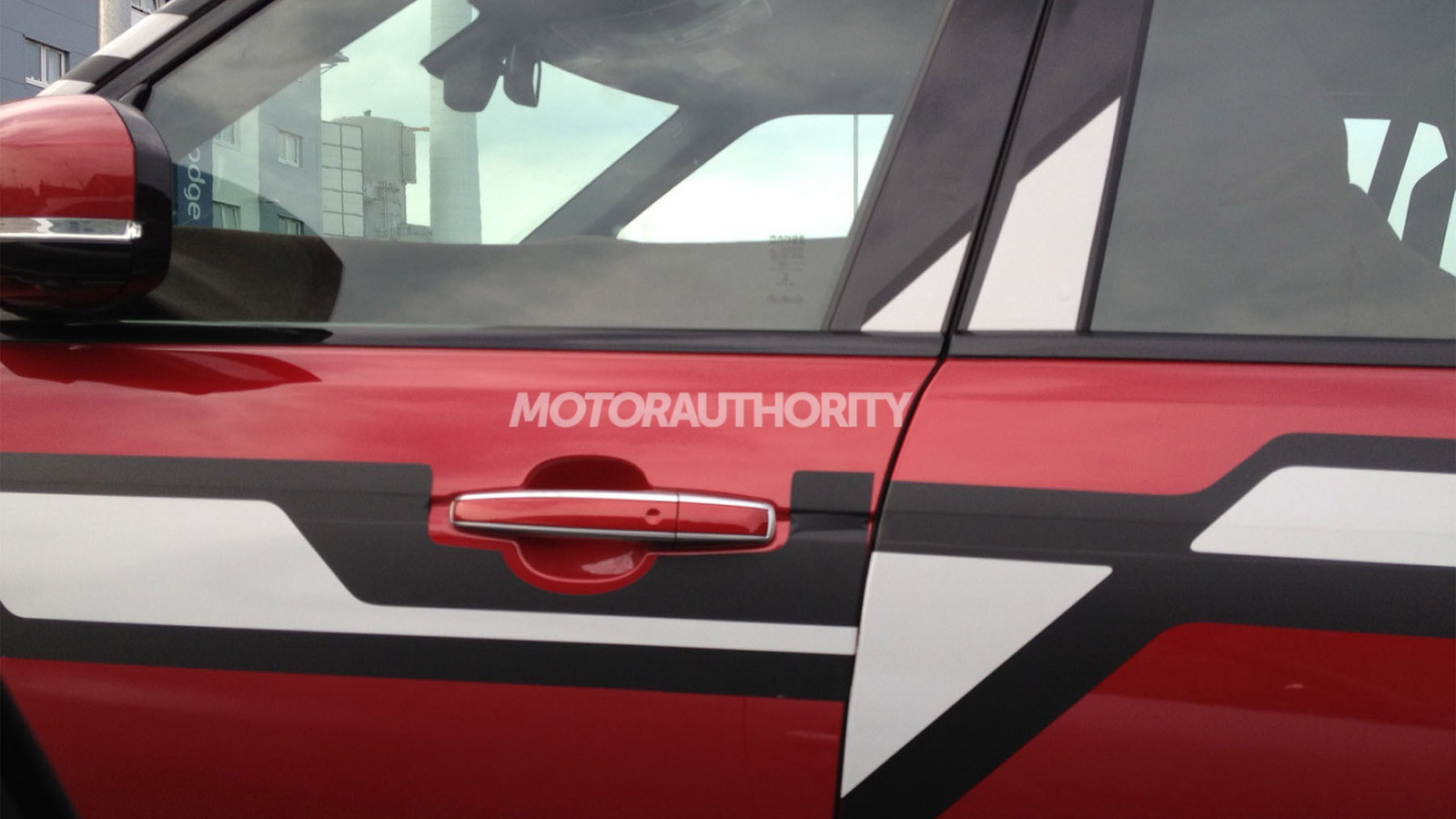 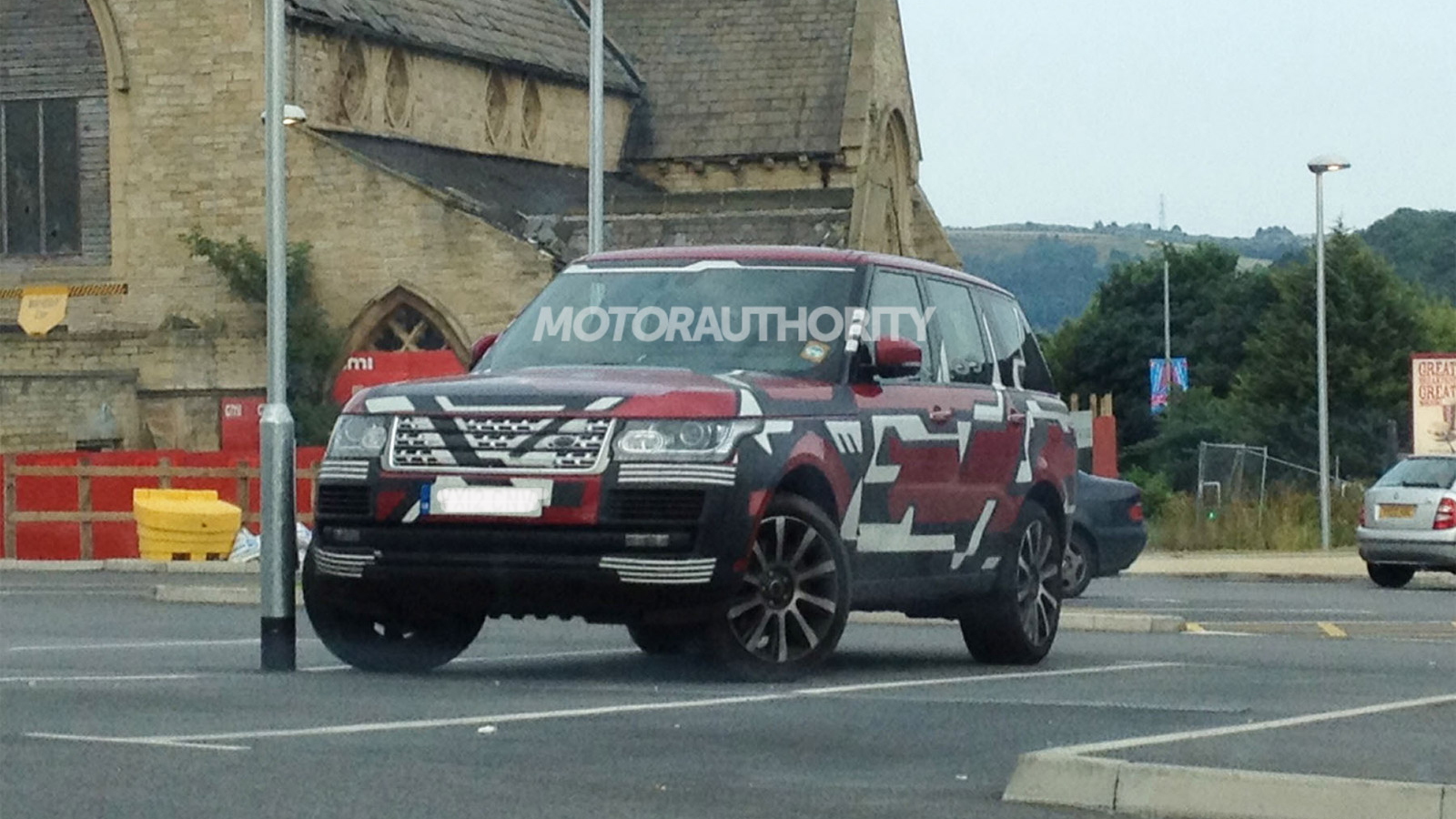 Jaguar Land Rover like every other automaker in the world, is working hard to make its range of luxury cars greener and more economical to drive.

We've already seen some evidence of that, thanks to the Range Rover Range_e prototype plug-in diesel hybrid we spotted in the wild last year and eventually got to drive.

Now spy shots  from the U.K. indicate that Land Rover is close to launching its new 2013 Range Rover, complete with a hybrid variant.

Shot recently, the photographs show a fully-camouflaged Range Rover, with a lowered roofline and a slightly restyled front end.

We’re told this is the 2013 Range Rover, which is based on a modified version of the same lightweight aluminum chassis used on the 2012 Jaguar XJ.

Previous spy shots on Motor Authority show a close-up of the interior of a black and white version of an identical prototype, showing a new, more angular center console, and, most importantly, a big red emergency stop button.

Identical to the emergency stop button we saw in the Range Rover Plug-in Diesel Hybrid Prototype last year, emergency stop buttons normally indicate the presence of a high-voltage battery pack, meaning the black prototype in photos on Motor Authority is either a hybrid or plug-in hybrid vehicle.

Given the lack of more than one visible filler cap (the plug-in hybrid prototype we drove last year had three), we can speculate that it is Land Rover’s hybrid Range Rover, promised for 2013.

Obviously, it’s too early at the moment to talk specifications, but with a new lightweight chassis and a hybrid drivetrain, fuel economy could be as high as 33.3 mpg, according to some sources.

With what looks like an almost-production-ready vehicle now in testing, Land Rover is expected to make its official unveiling of the next-generation Range Rover -- and a hybrid variant -- at the 2012 Paris Auto Show next month.

As for a plug-in hybrid version? If Land Rover sticks to its promise made last year, we should see one hit the market by 2014, although most likely with a gasoline engine rather than the diesel engine we drove earlier this year.