If your workplace is anything like ours, it seems that while you're at work, most of the rest of the United States has taken the entire week off to celebrate Independence Day.

For our own celebration, and with a friendly nod to our defeated British colleagues, we thought it would be appropriate to highlight six different vehicles from U.S. carmakers that get more than 30 mpg in EPA combined fuel-economy tests.

All of them are built in North America, if not necessarily the U.S.--we've noted the ones that are assembled in Mexico. 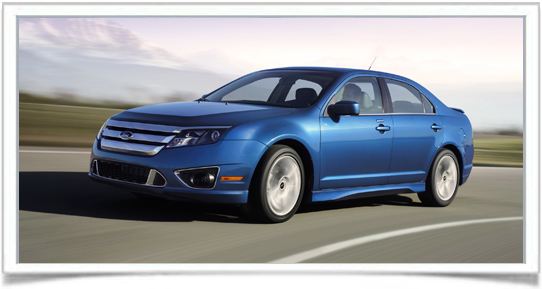 The hybrid Ford Fusion mid-size sedan, launched in 2009 as a 2010 model, has always been a favorite of ours.

It's roomier than the Toyota Camry Hybrid was at the time, it got much better gas mileage, and the Fusion Hybrid has a much more elegant dashboard and information display.

This is the last year for the Fusion Hybrid you see here, as it's being replaced by an all-new global design for 2013.

That new 2013 Fusion will come with a variety of fuel-efficient powertrains, including a pair of EcoBoost turbocharged four-cylinder engines, a hybrid version, and even a plug-in hybrid model to be called the Fusion Energi.

Meanwhile, there are still 2012 Ford Fusion Hybrid models at local dealerships, and it's well worth test-driving one. Even if you've never before considered an American car.

If it makes a difference, the current Ford Fusion is actually assembled in Hermosillo, Mexico. 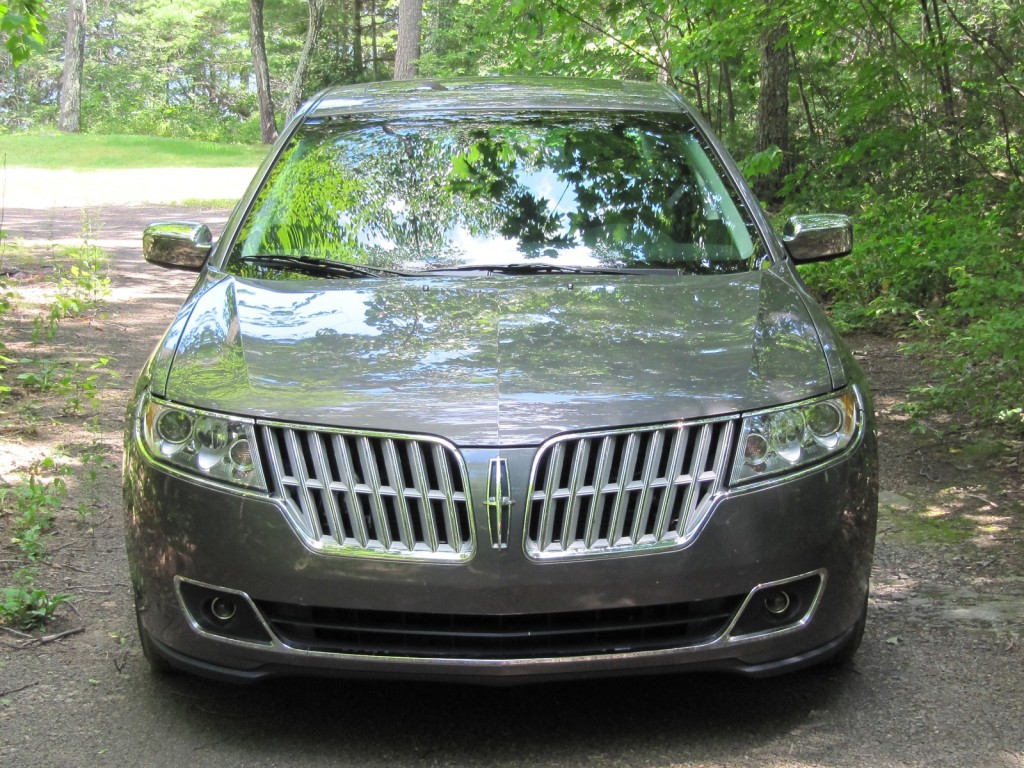 The hybrid Lincoln MKZ is a dolled-up, more luxurious version of the Fusion Hybrid, but it gets the same high 39-mpg combined rating--and rides even more quietly.

The MKZ too will be replaced next year with a new and swoopier design, but we're sure it will carry on with the hybrid version.

We liked the MKZ Hybrid more than we expected when we tested a 2011 model last summer, and there are no substantial changes for 2012.

The old-fashioned flat dashboard was straightforward, the styling was handsome enough, and it was a remarkably comfortable car in which to rack up the miles--and we still got 40.5 mpg over a 250-mile weekend test.

The 2012 Lincoln MKZ Hybrid is assembled in Mexico too, on the same line as the Fusion Hybrid. 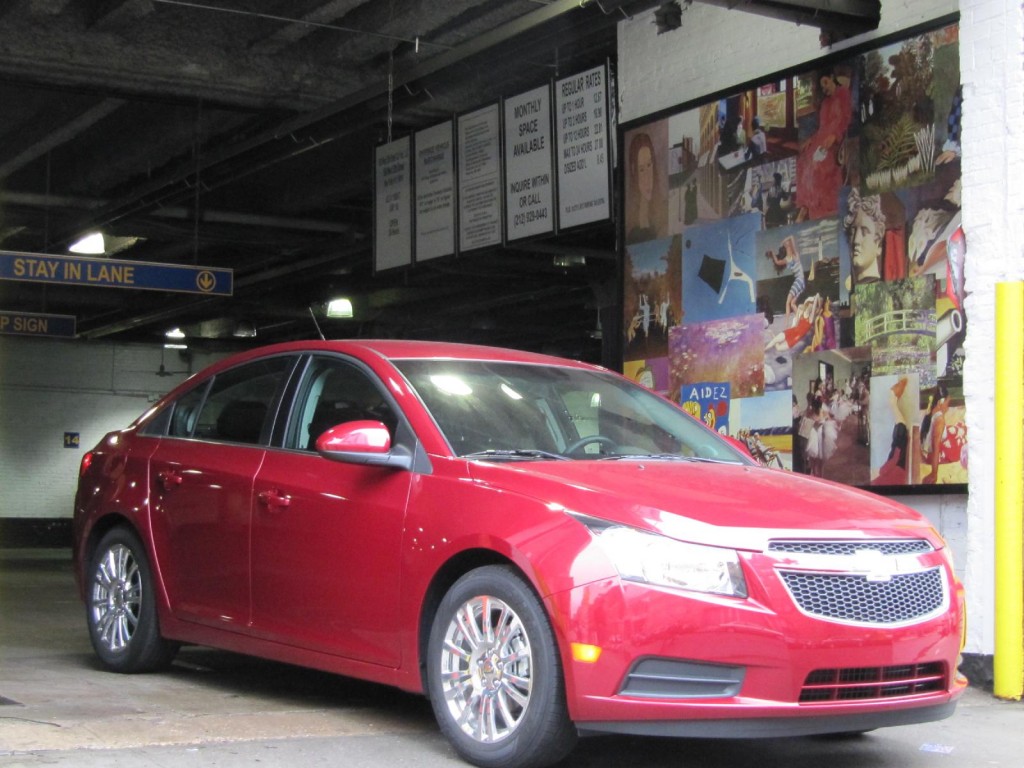 After years and years of substandard Cavaliers and Cobalts, Chevy hit a home run with its Cruze compact sedan, launched in 2010 as a 2011 model.

The compact Chevrolet mixed handsome, traditional styling with a wide variety of trim levels and options, a stylish twin-cockpit interior, and some of the quietest highway travel we've experienced in any compact car.

The Cruze, in short, put the Toyota Corolla, Honda Civic, Hyundai Elantra, and Ford Focus on notice that Chevy wanted to be a serious player again.

Best of all, the Chevrolet Cruze Eco model was rated by the EPA at 33 mpg combined, though the advertising tended to focus more on the 42-mpg highway rating.

We're not sure how many Cruze Eco buyers actually shift their own gears (the automatic doesn't do quite as well on MPG), but we tested the Cruze Eco six-speed manual and got 34 mpg over our test cycle. 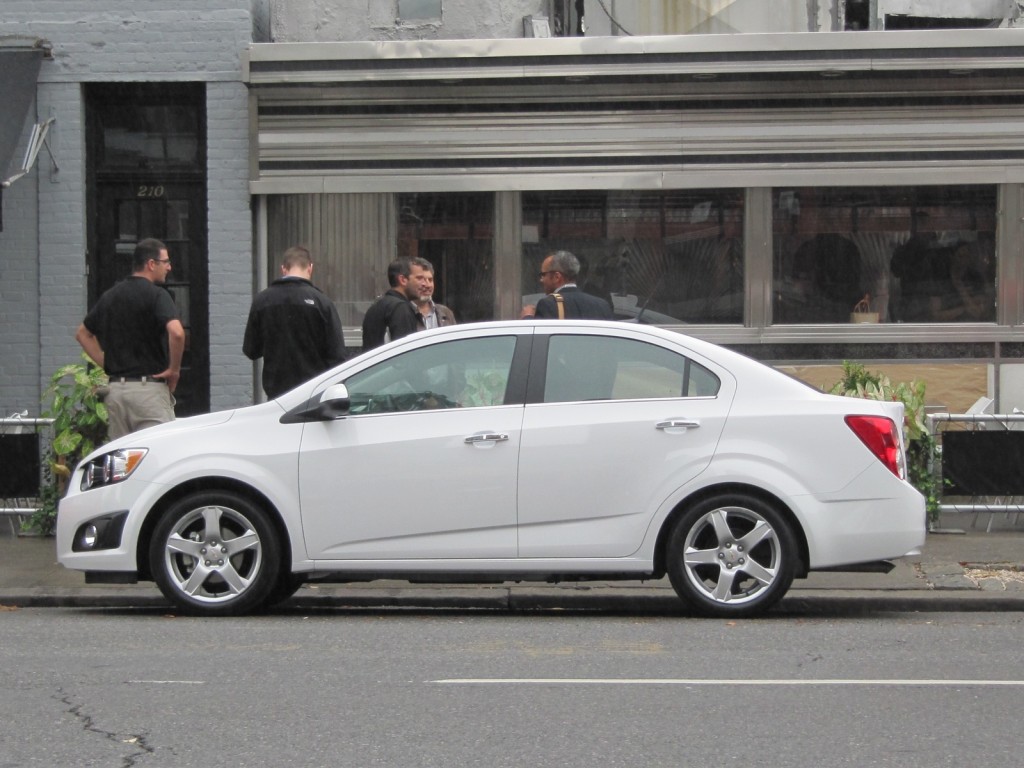 Following up on the success of the 2011 Cruze, Chevrolet launched the 2012 Chevy Sonic subcompact--offered in both five-door hatchback and four-door sedan models.

The version that uses the Cruze Eco's turbocharged 1.4-liter engine is the Sonic with the highest combined gas-mileage rating, at 33 mpg.

And, frankly, having driven both that one and the base 1.8-liter model, we strongly recommend the smaller, peppier, higher-mileage engine. It's way more fun.

That was, frankly, the great thing about the 2012 Sonic: It's nicely styled outside, with enough attitude so it doesn't blend into the crowd of anonymous Toyota Yaris and Honda Fit models, it's got a neat if quirky dashboard, and it's surprisingly fun to drive the 1.4-liter model.

Best of all, it's the first Chevrolet subcompact to be built in the United States--a challenge that many industry observers said couldn't be overcome.

GM got a few contract concessions from its workers to bring the Sonic line into the States, but positive reviews should mean that the Sonic keeps them employed for years to come. 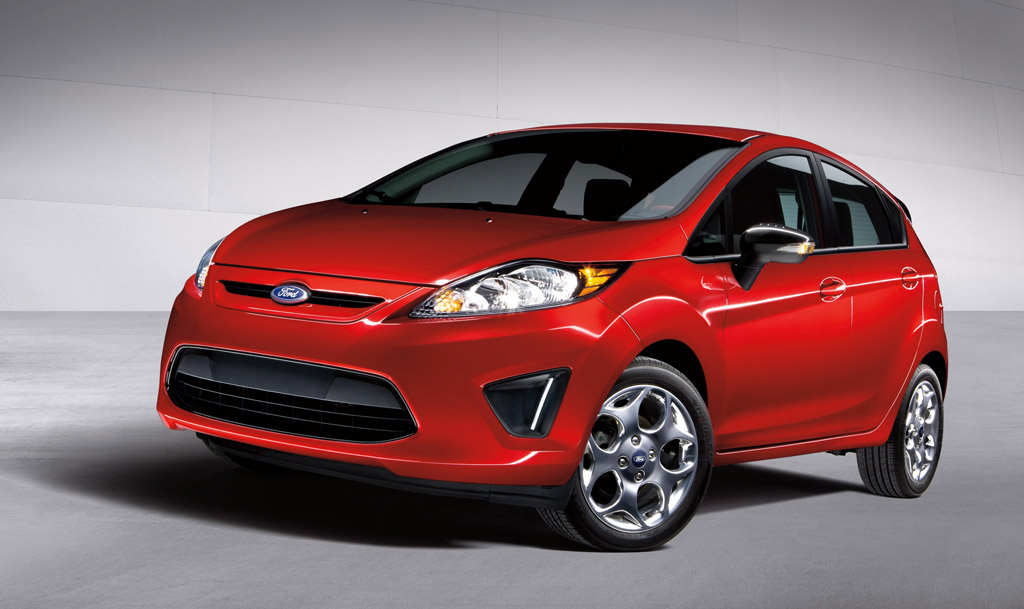 The Ford Fiesta, now in its third model year, was the first car to emerge from the "One Ford" approach to building the same model globally and adapting it to local market tastes.

Introduced a few years earlier in Europe, the Fiesta subcompact is offered as both a hatchback and a somewhat stubby-looking sedan.

We enjoyed driving the Fiesta, though we're not necessarily fans of the overwrought dashboard design, which from certain angles looks like a Darth Vader mask.

Still, as one of Ford's earliest models to offer the SYNC voice-command and digital device interface system, the Fiesta is modern and enjoyable.

Like the outgoing Fusion and Lincoln MKZ models, the Fiesta is assembled in Mexico. 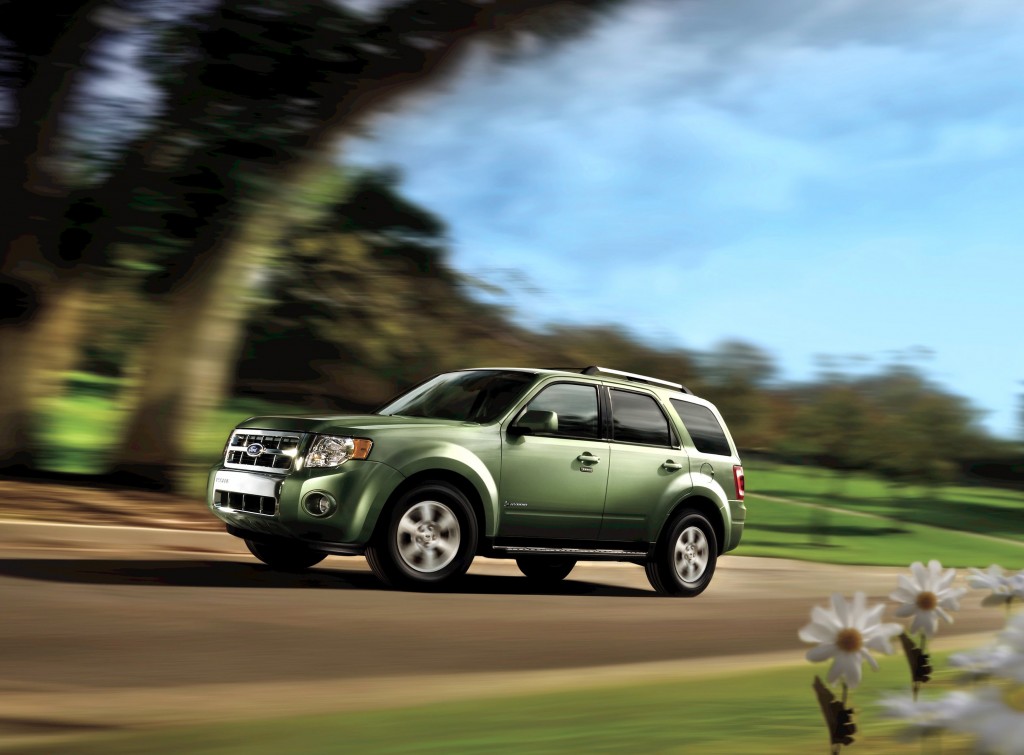 The Ford Escape Hybrid was the first hybrid crossover utility vehicle, the first hybrid built in the United States, and one of the few to offer mechanical all-wheel drive along with its hybrid system.

The best gas-mileage ratings come from the front-wheel drive version, not surprisingly, but you'll see Escape Hybrids proving their durability both hauling kids to football practice and being used as New York City taxi cabs.

The current 2012 Escape Hybrid is the very last one; the all-new, redesigned global 2013 Escape will offer a pair of EcoBoost turbocharged four-cylinder engines, but no hybrid model at all.

So if you're fond of the old, slab-sided, upright Escape Hybrid--despite what is now a very dated interior and fairly noisy ride--this is the time to buy one.

Because despite its pioneering status, there won't be any more next year.