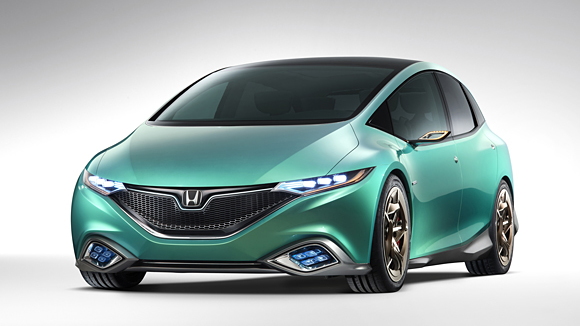 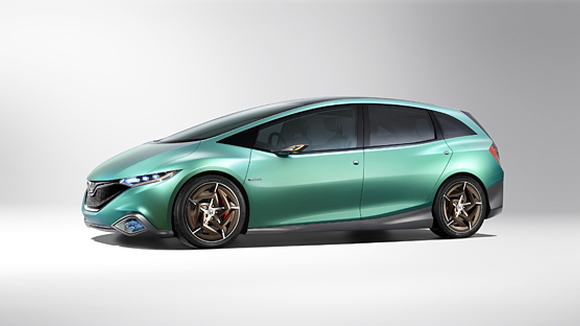 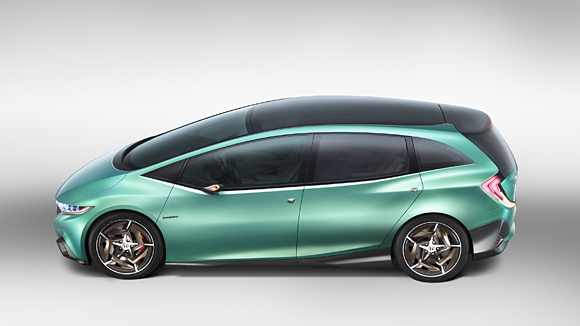 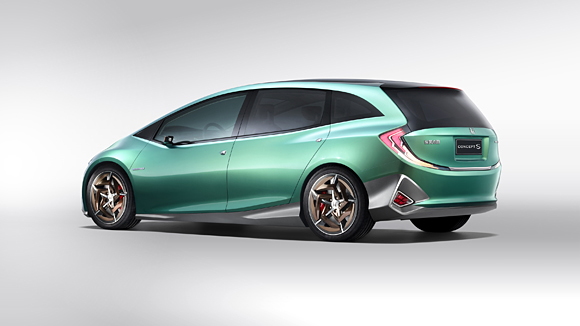 China's auto shows, which alternate between Beijing and Shanghai--just as Frankfurt and Paris alternate in Europe--are already significant global events with dozens of world premieres.

Honda is taking its turn today, launching concepts for both a sedan and what it calls a "new-value passenger mover," or small minivan. Both vehicles had been teased in outline drawings just two weeks ago.

A production version of the Concept S minivan will go on sale in China next year through its Chinese partner Dongfeng, followed by a global launch thereafter. The concept is being shown with a hybrid powertrain.

Whether it uses Honda's traditional mild-hybrid Integrated Motor Assist system or the upcoming two-motor full hybrid system for larger vehicles isn't specified, though we'd bet on the IMA system because it's less expensive. And we'd also bet on at least one version with a small, efficient gasoline engine.

Honda hasn't said a great deal about the Concept S, beyond that it has a hybrid powertrain and a spacious cabin.

The release does mention, however, that the "S" in the concept name stands for "Stylish," "Smart" and "Surprise."

Similarly, the other concept car--Concept C--stands for "Cool," "Challenge," and "China," and the styling of the sedan was inspired by the image of a dragon.

A production version of that "middle-class sedan" will go on sale next year as well, but Honda did not indicate that it would be sold outside China.

Honda's luxury Acura brand also showed the ILX compact sedan and RDX compact crossover at the Beijing show, as well as displaying the NSX Concept for the first time in China.

You can follow all the green-car news from China's capital show on our Beijing Auto Show page.