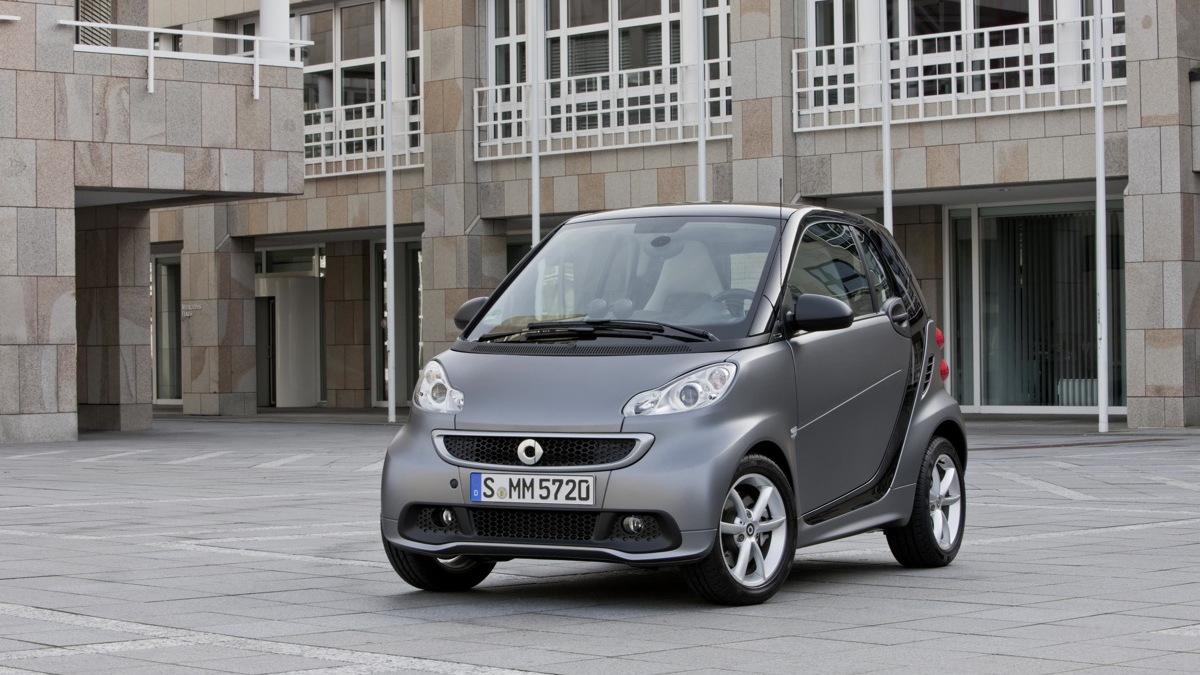 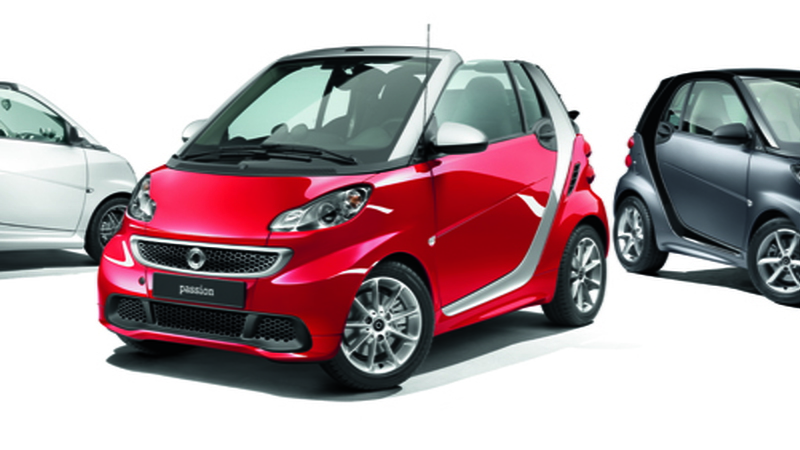 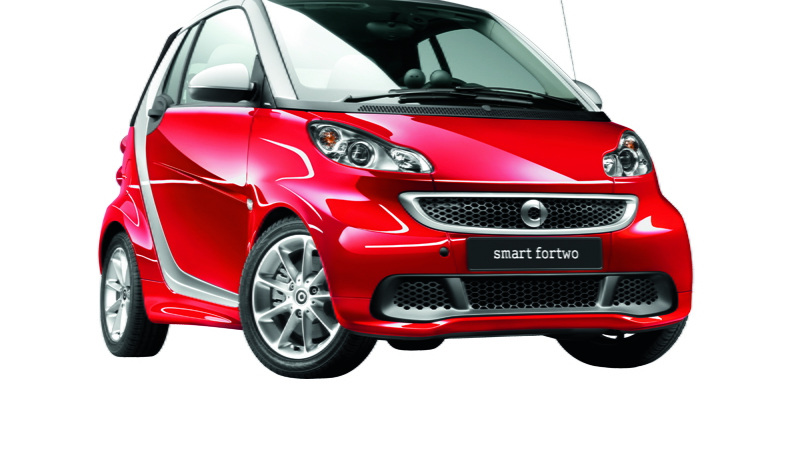 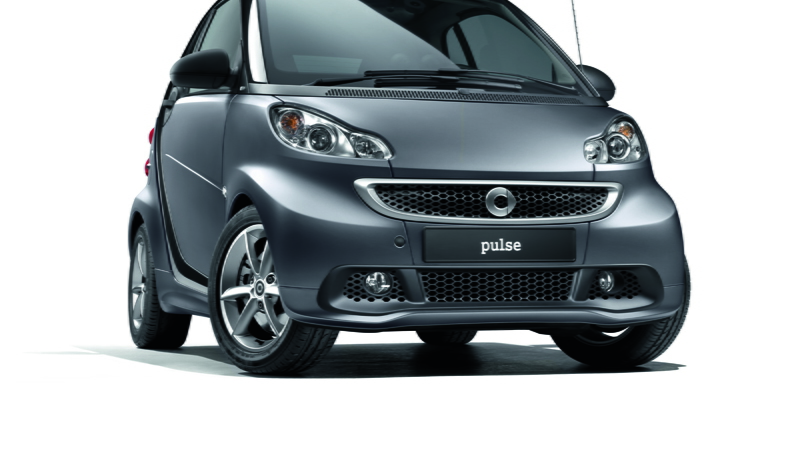 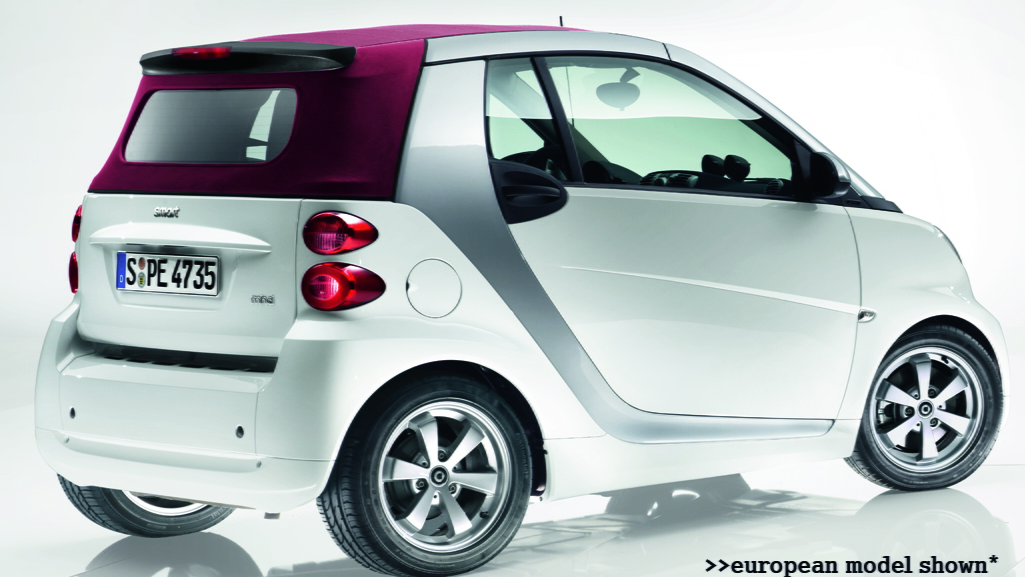 The Smart ForTwo minicar has had a rough ride in the U.S. of late.

After debuting to stupendous sales in 2008, as gas prices soared, its sales have plummeted to just a few thousand a year.

But the little Franco-German two-seater is being lightly refreshed for 2013, under new distribution through its parent company, Mercedes-Benz.

The 2013 Smart ForTwo will have redesigned front and rear fascias (the aprons below the hood and rear hatch) and side sills. In front, the lower grille is now wider, and the badge has moved down from the hood to the center of the grille.

There are no changes to the powertrain of the gasoline models, which stick with the 1.0-liter three-cylinder engine and automated manual transmission.

The 2013 Smart Electric Drive model, however, has an all-new electric powertrain.

Its battery pack is now provided by lithium-ion cell maker Evonik (the previous one came from Tesla Motors), remaining in the same under-floor location as the old one.

It also has a more powerful electric motor driving the rear wheels, with a peak power rating of 55kilowatts (74 horsepower) and a sustained rating of 35 kW (47 hp), against the previous version's peak of 30 kW (40 hp) and sustained output of 20 kW (27 hp).

The 2013 Smart Electric Drive hasn't yet been rated for range by the EPA, but Annette Winkler, the global head of Smart, said that it will cover 145 kilometers (90 miles) or perhaps more.

While Smart has not yet released pricing for the 2013 Electric Drive model--which will be sold, as well as leased, unlike the previous model--WInkler predicted that it would be "below $26,000."

That would make it the least expensive electric car on the U.S. market, a position now occupied by the 2012 Mitsubishi 'i' electric minicar, priced at $29,125 for the base model. (The 2012 'i', however, has four seats and five doors, against the Smart's two doors and two seats.)

The price for the electric Smart, however, is still roughly twice that of the least expensive gasoline model.

The EPA rates the 2012 Smart ForTwo gasoline models (both the coupe and the cabriolet) at 34 mpg city, 38 mpg highway, for a combined overall rating of 36 mpg.

The 2013 Smart ForTwo gasoline models will arrive at U.S. dealerships in May; the electric version will follow, Smart says, during the fourth quarter of this year.