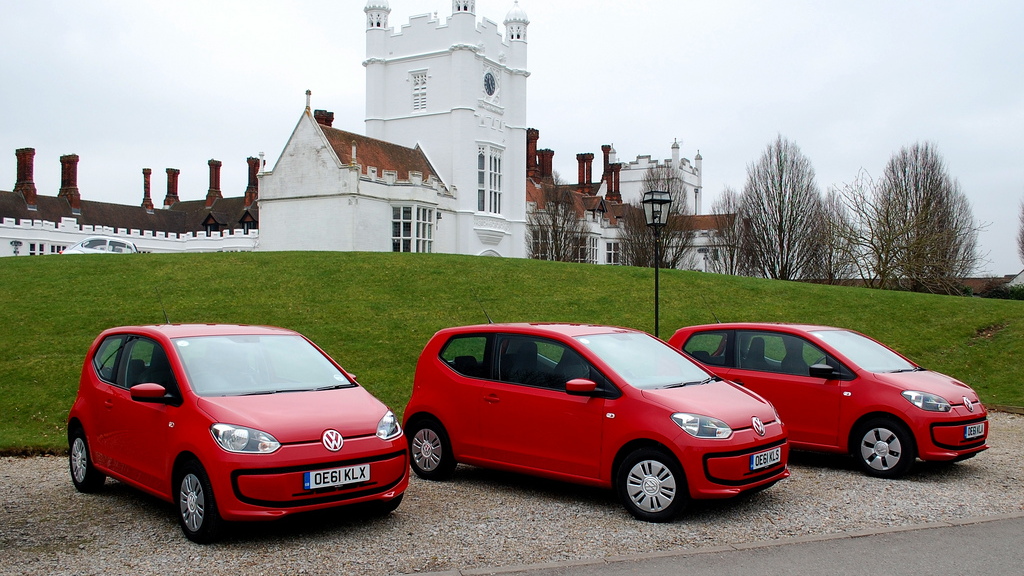 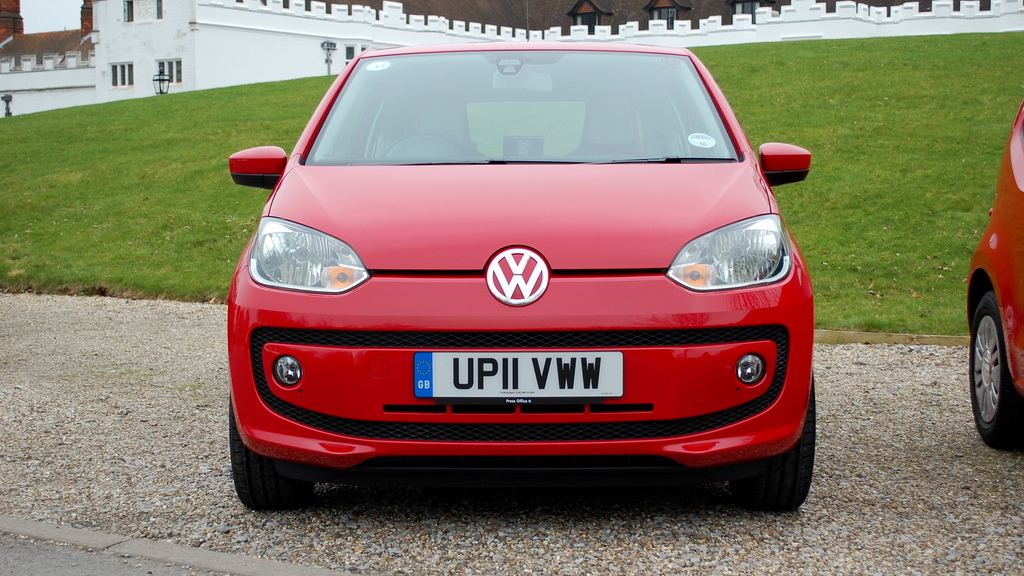 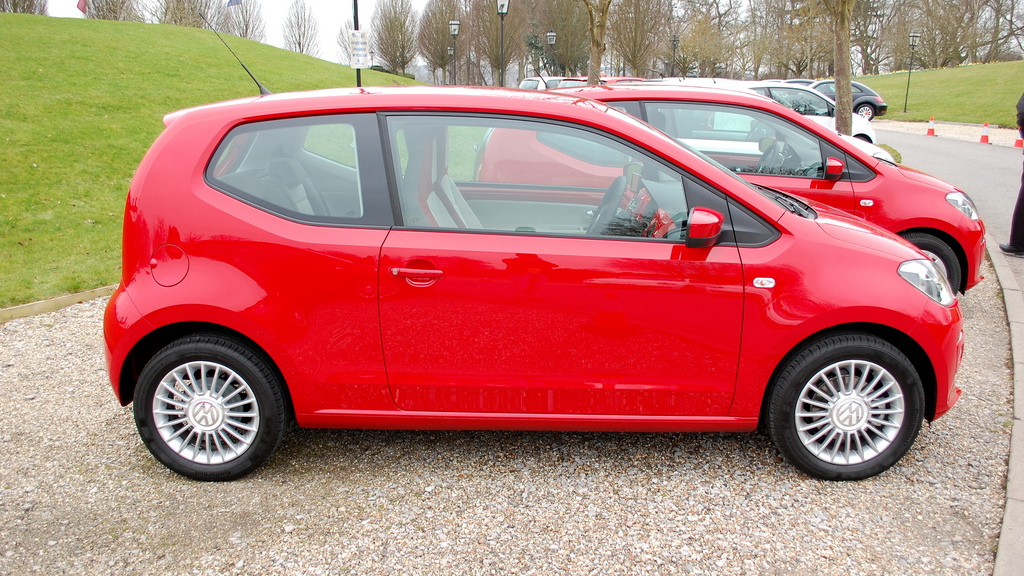 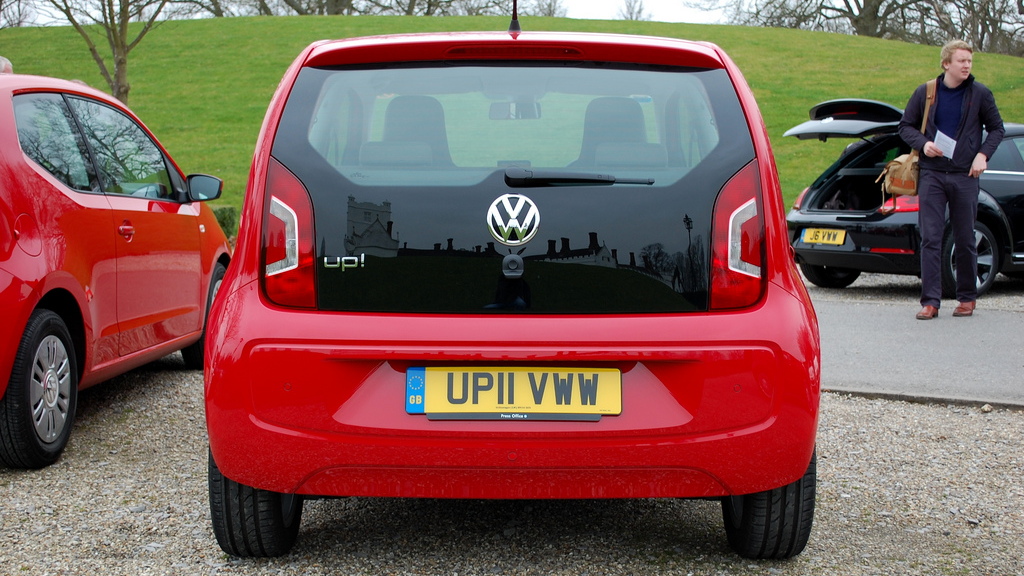 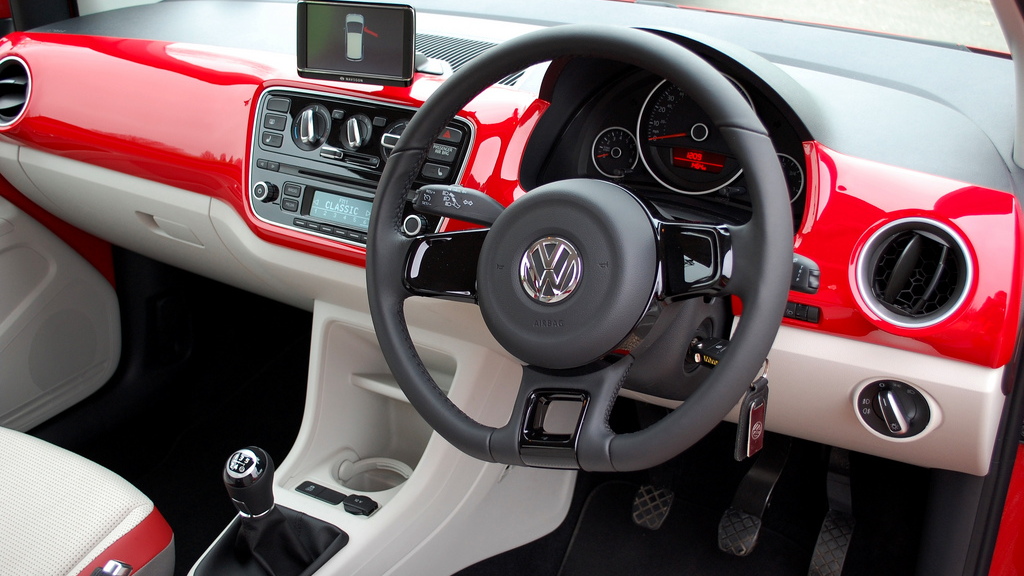 10
photos
We've been following the progress of Volkswagen's up! for quite some time.

First, we saw the up! Lite concept. Then the up!, a rear-engined minicar. VW then teased some electric up! taxis, before we finally saw the production version - and several more concepts - at the 2011 Frankfurt Auto Show.

Now, finally, at an event in the U.K, we've been able to drive the production up! for the first time.

Details of the concept may have changed over time, but the overall ethos has remained the same - a lightweight city car with low emissions and high fuel economy.

To that end, the up! is a vehicle that at its most basic, weighs only 2,048 pounds, and with the BlueMotion Technology version, manages 57 MPG on the European combined cycle. That figure is usually around 20 percent higher than it would achieve in EPA testing, so estimate around 45 MPG combined.

On our drive in a 74 horsepower variant (a 59 horsepower model is also available) the dashboard-mounted "Maps & More" infotainment system showed figures comfortably over 40 MPG, and we weren't going easy on the car. Figures approaching 50 MPG wouldn't take much effort to achieve.

The tiny 1.0-liter, three-cylinder gasoline engine under the hood whirrs away happily too, while producing low emissions - around 160 grams per mile of CO2, based on European fuel figures.

At idle, the engine is nearly silent - even when you step outside the car. At low revs it generates a slight diesel-like rattle owing to the odd number of cylinders, and at higher revs it sounds not unlike an old air-cooled Porsche flat-six.

The up! has a lack of power compared to cars on sale in the U.S, but it's still good fun to drive. The steering is light and precise, and you can feel the lack of mass as you scurry around corners.

Despite this, it also feels well-built, and the good ride quality means the up! is far more refined than you'd expect from a small car. It's also more spacious inside than the small body suggests.

In many ways, the up! is similar to that most famous of Volkswagen small cars, the original Beetle, or Bug. Light weight, a characterful engine, economical for the time, good build quality and simple mechanicals - no complicated turbochargers or hybrid systems here. Throw in modern standards of safety and it's a true modern-day successor.

Unfortunately, unlike the original Beetle, the up! won't be arriving in the U.S, making it another of our "forbidden fruits".

Cars like the Fiat 500 and smart fortwo have shown that the U.S. market is still skeptical of tiny cars, and with Volkswagen keeping even the Polo subcompact away, the smaller up! is unlikely to hit U.S. soil any time soon.