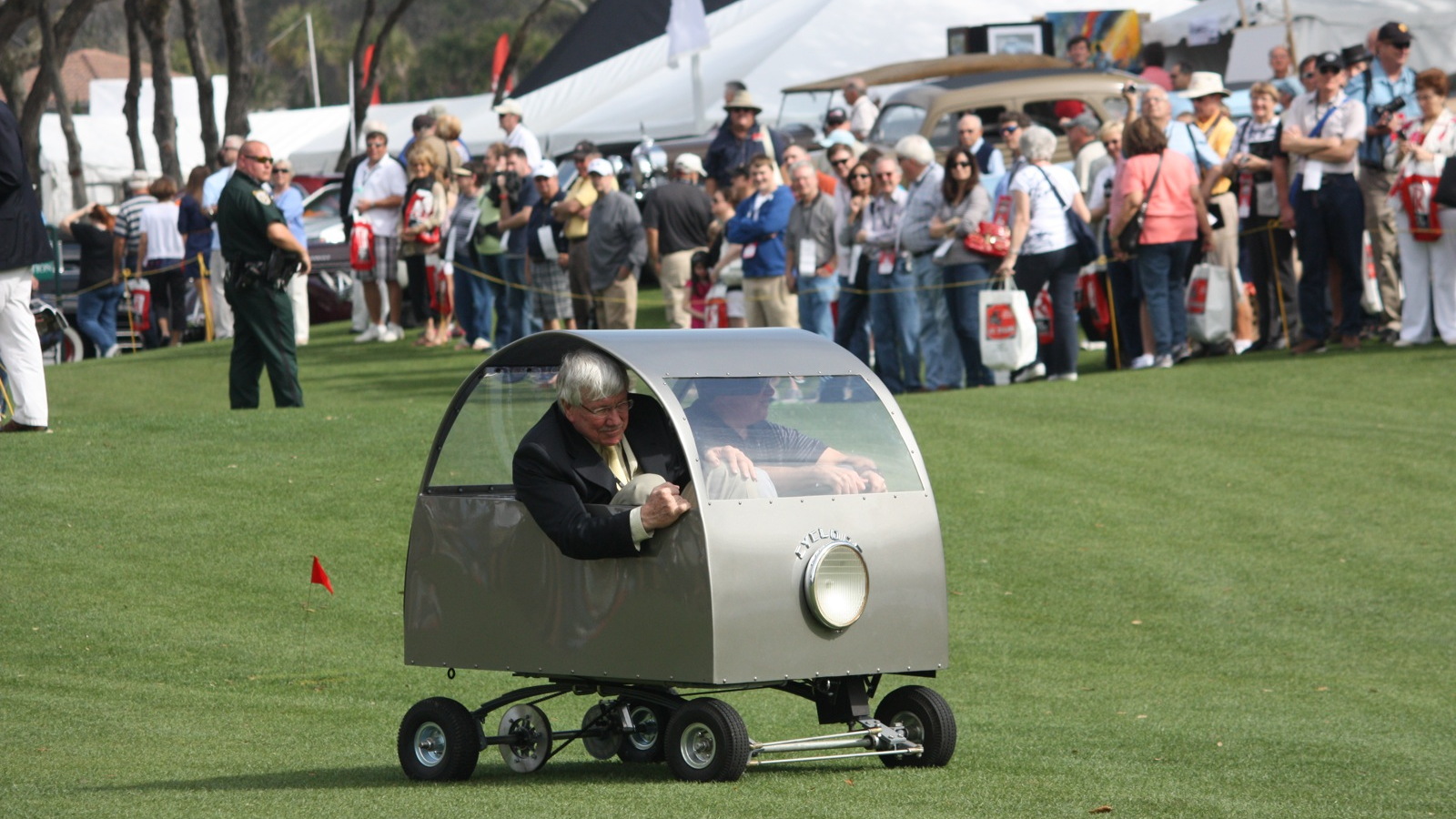 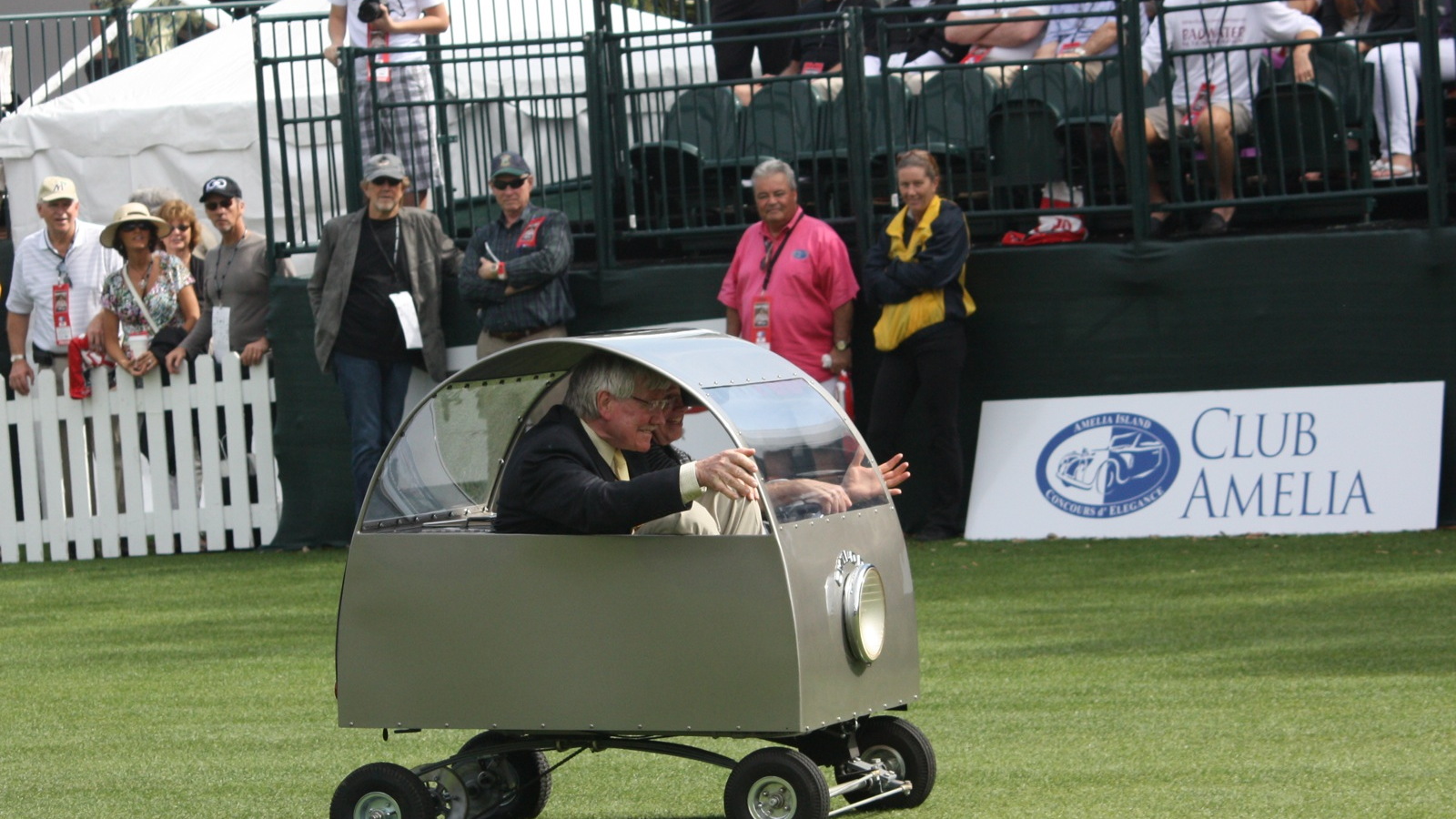 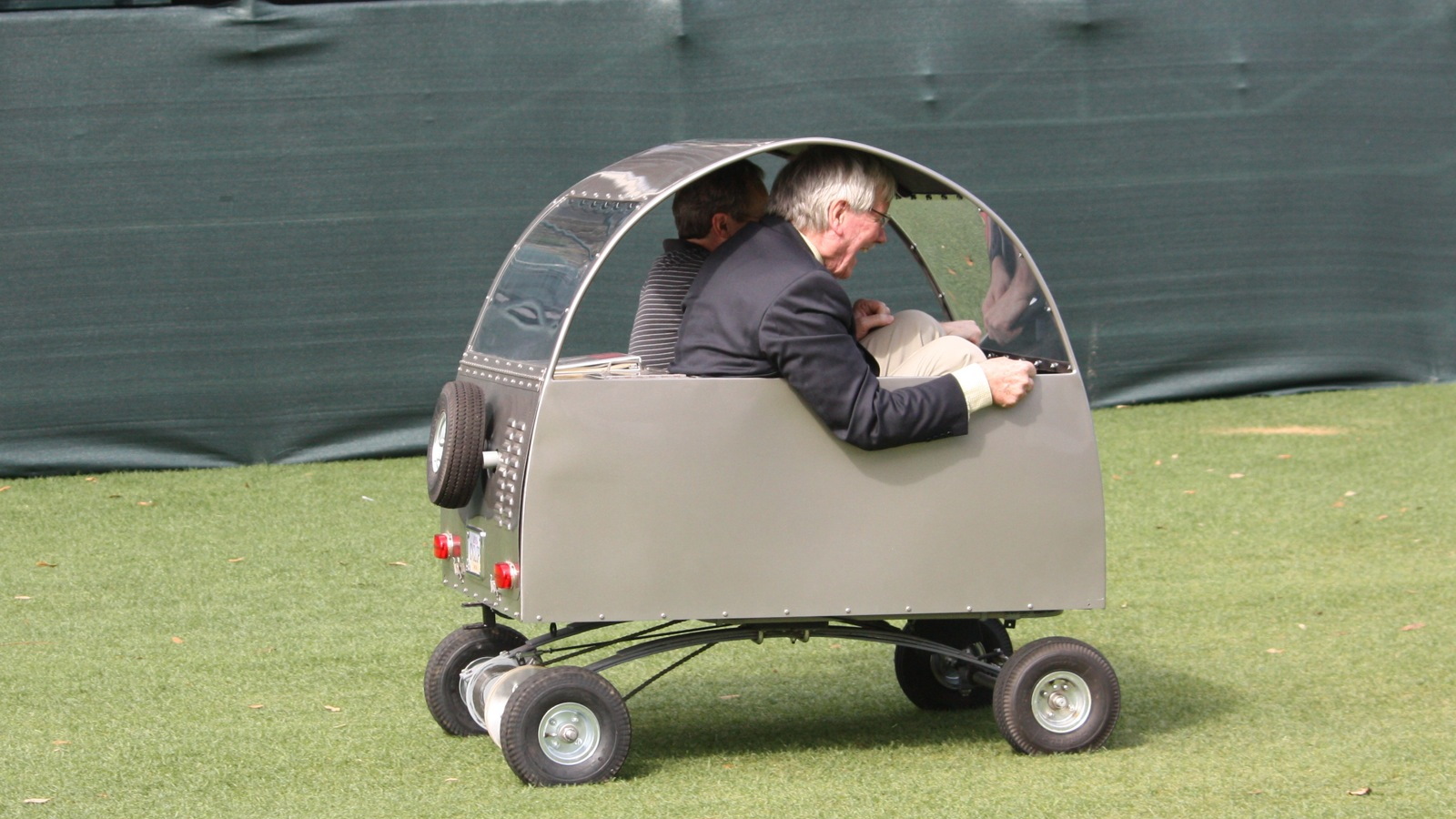 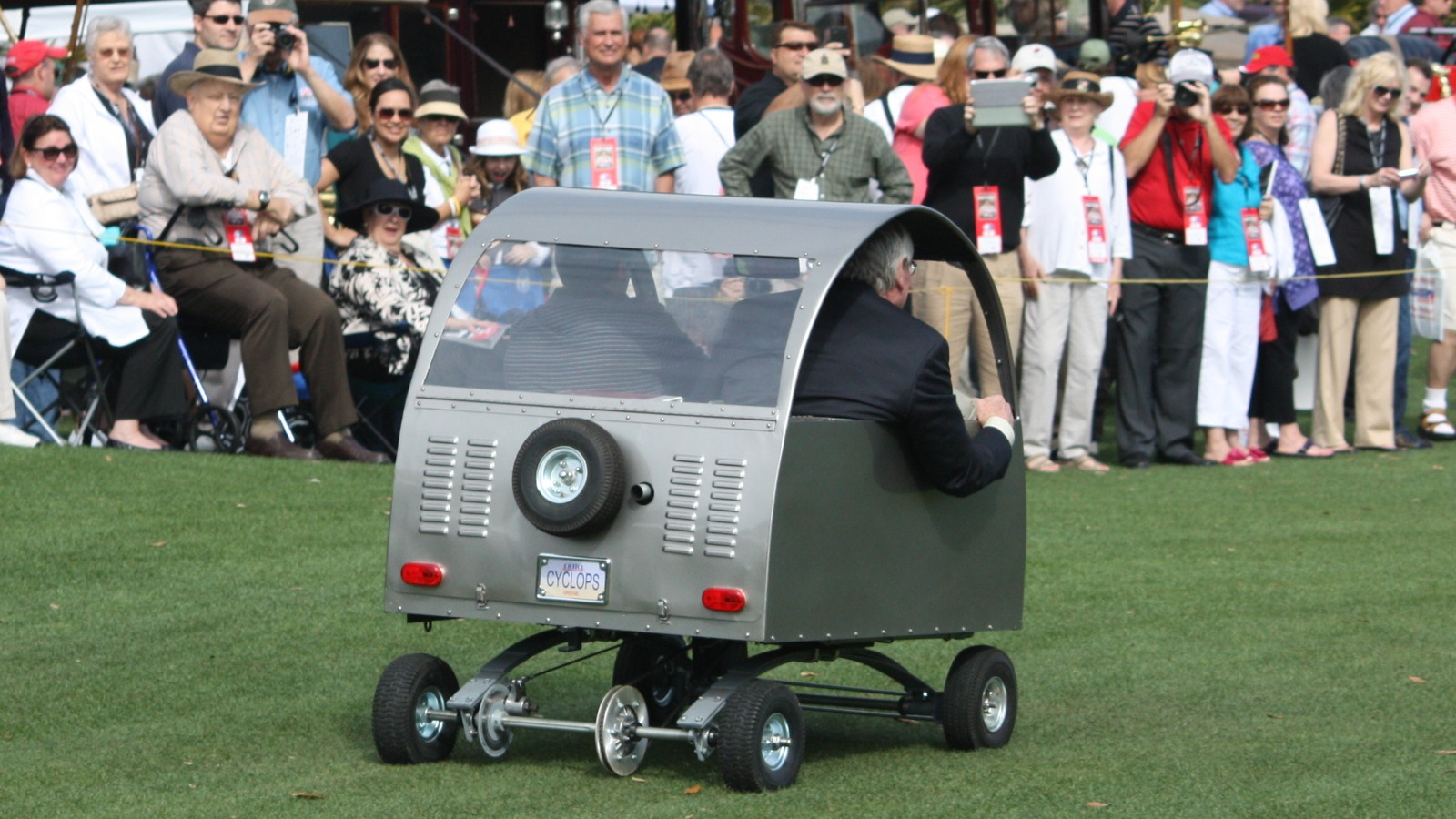 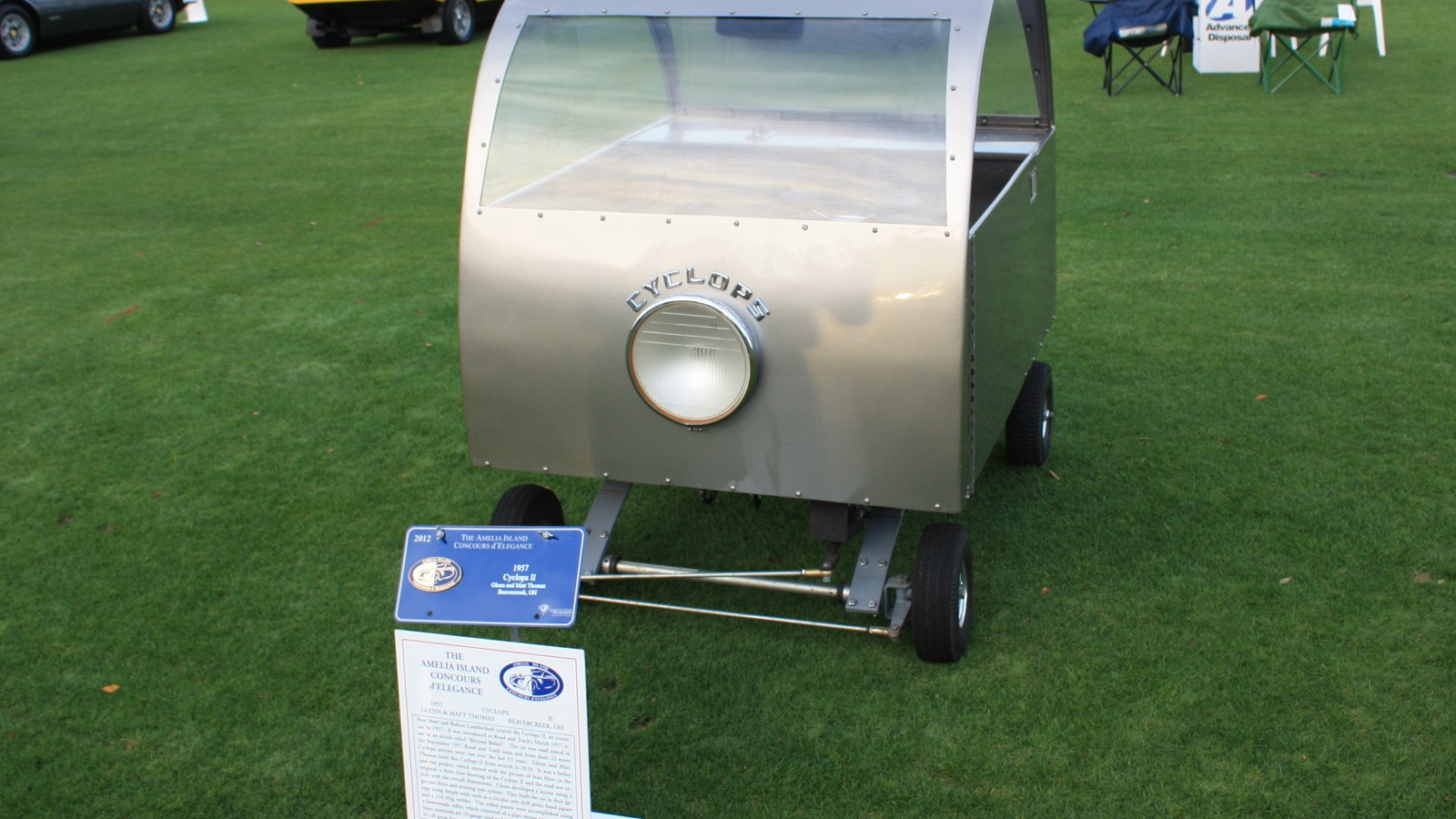 Part mini-microcar (like the Bamby P50), part go-kart and part accident-waiting-for-a-place-to-happen, the Cyclops II has become a fixture of American motoring history.

It’s graced the pages of Road & Track magazine numerous times throughout the years. And it has been entered into such prestigious events as the Rallye Monte-Carlo and the U.S. Grand Prix at Watkins Glen, where driver Bill Warner sadly failed to qualify.

Though best known for his work behind a pen, Mott’s ties to the Cyclops are undeniable. After co-designing the original, Mott went on to help found Automobili Cyclops SpA, where he retains the title of propaganda minister in perpetuity.

The Cyclops seen here, which may or may not qualify as the world’s smallest car, was captured at last weekend’s Amelia Island Concours d’Elegance.

As an original Cyclops or Cyclops II is far too valuable to exhibit in public, the car seen here is an incredible, life-like simulation of a Cyclops II.

Built from scratch by Glenn & Matt Thomas in 2010, the car seen here was based on a picture of Stan Mott in the original, with a copy of a road test article used to provide the required dimensions.

The Cyclops II uses the classic go-kart engine, chain drive and leaf spring suspension that gave the original its renowned performance. As a concession to safety, however, the modern Cyclops II relies on a disc brake for stopping duties.

In a somewhat astonishing snub, the Cyclops II lost “Best In Show” honors to a 1938 Bugatti Type 57. But we’re sure that won’t diminish your enjoyment of the diminutive classic one bit.