If you drive a plug-in car or a hybrid, the chance are you’ll be familiar with the concept of regenerative braking.

But although regenerative braking might be the preferred way to slow down a plug-in or hybrid car, it could mean that your car’s traditional friction brakes don’t  get used as much as they should.

According to BMW ActiveE driver Don Louv, that means you should go out and exercise your car’s friction brakes once in a while to keep them operating at peak efficiency.

But before we explain why this is a good idea, we need to examine how regenerative and traditional braking systems work.

Under traditional friction braking, a brake pad or shoe is pushed against the car’s brake disc or drum, converting the car’s kinetic energy into heat, slowing the car down in the process.

In a regular car, friction brakes are used so frequently that they generally keep free from rust, and continue to work well.

On a plug-in or hybrid car, friction brakes may not be used for extended periods of time, meaning that the discs may become less effective as rust and other contaminants build up.

This is especially true if most of your driving is done on surface streets at low speed. 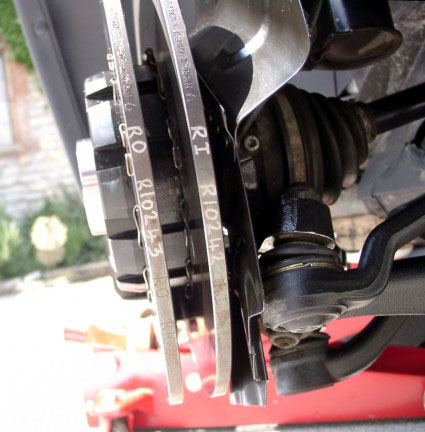 If your car is new, its friction brakes may never have bedded in correctly yet, also resulting in reduced brake efficiency.

“repeat at 50 or 60 until you’ve done 10 or 12 passes,” says Louv. “You’ll notice after this that the real brakes perform much better than in the beginning.”

Of course, another alternative is to try and brake a little harder now and then when it’s safe to do so, which will force your car to use its friction brakes as well as regenerative brakes.