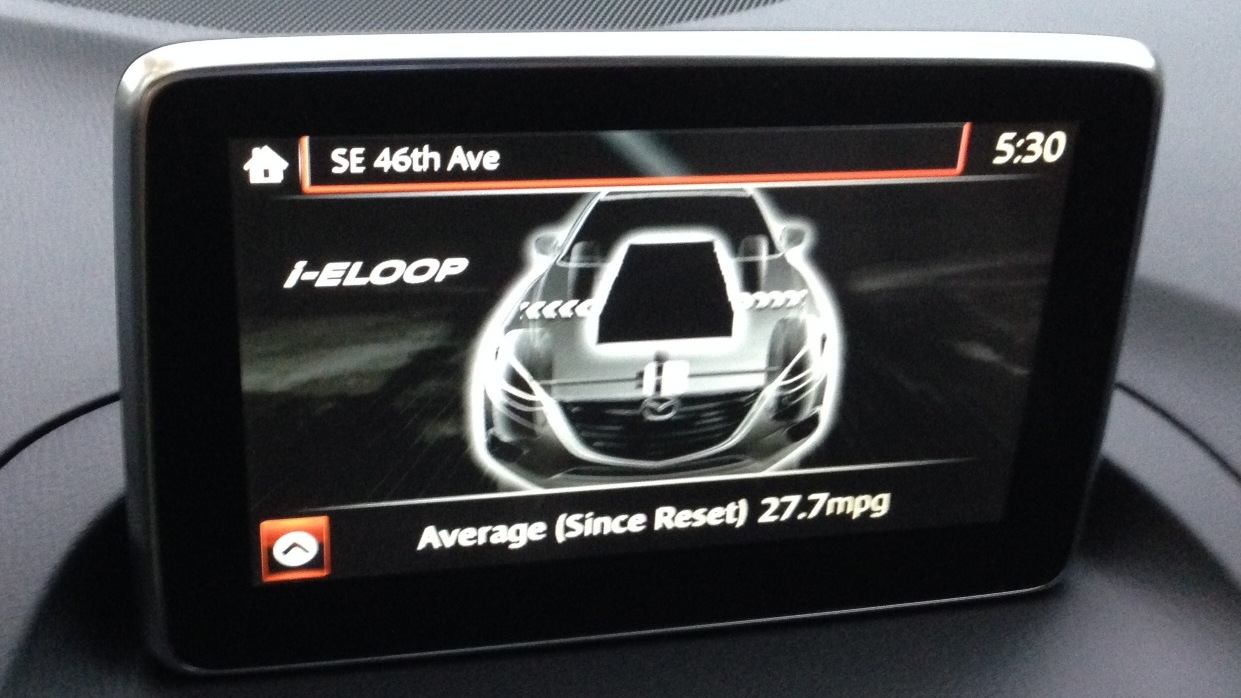 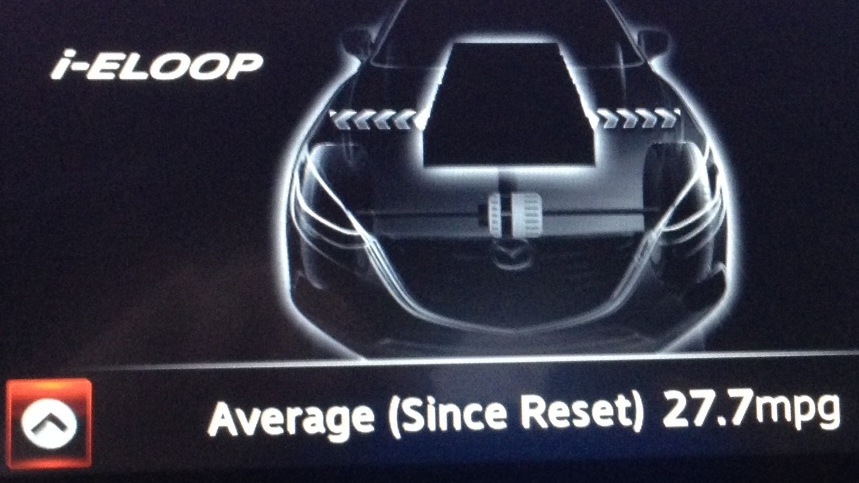 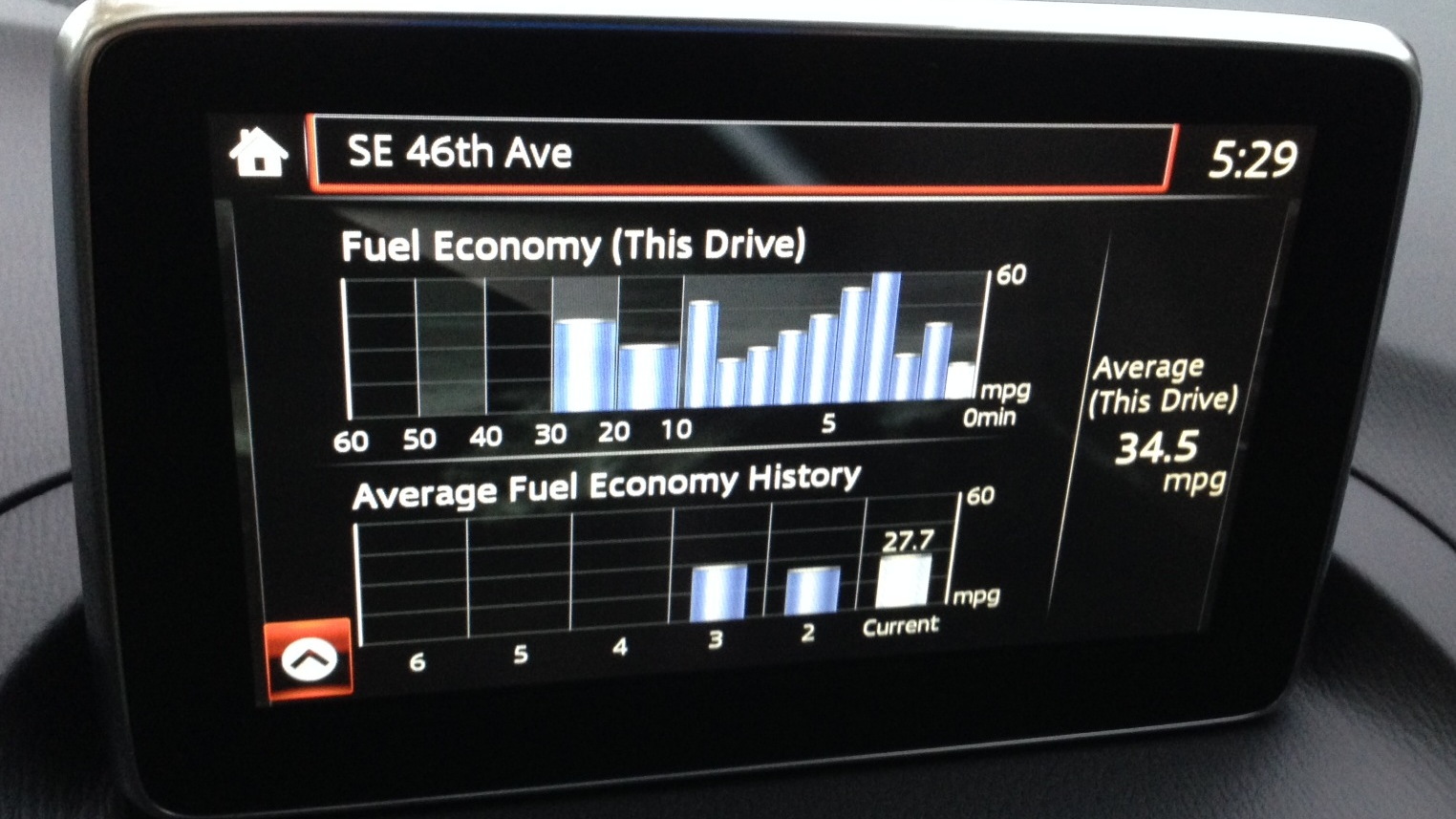 5
photos
Mazda’s most recently redesigned models all feature the SkyActiv badge—corresponding to a suite of engines, transmissions, body structures, and other core components engineered around the idea of maintaining a responsive, sporty driving feel while making major improvements in fuel efficiency.

Beyond that, the SkyActiv efforts have produced a few more especially innovative things that won’t initially be offered on every Mazda. One of them is termed i-ELOOP—for intelligent energy loop—and it’s right on course to that aim of improving gas mileage in totally unobtrusive ways.

The system, which is available on the Mazda 3 and Mazda 6, uses capacitors, rather than additional batteries, to recover and store energy when decelerating or braking; then it takes that stored energy and releases it to power vehicle accessories.

In effect, it’s a step ahead of other ‘smart alternator’ systems—such as the one that BMW has offered for several years—but it’s not quite a mild hybrid system. There’s no engine assist provided by the system, although it allows the load of the alternator to effectively be eliminated in some situations when you’re accelerating.

Mazda engineers argue that the benefits are more pronounced, though. Capacitors can store energy faster, and release it faster, so the system fits driving stop-and-go (and uneven commuter driving) realities. Engineers can really maximize the capability of the alternator and generate as much energy as possible (although the overall capacity of the system is much smaller than that of a typical hybrid’s battery pack and hasn’t yet been detailed).

From the driver’s seat, you can bring up an efficiency display through the new Mazda Connect display; there you get two screens: a histogram graphing out average efficiency, and a schematic showing (like other hybrids) energy flow and the current charge level of the capacitor system.

Following the graphical loading of the capacitors on the screen with the corresponding  It only took as little as about ten seconds, decelerating from highway speeds, for the system to charge up to full; meanwhile discharge rates seemed only a bit longer—when we were accelerating or climbing a hill, for example.

So did we get better mileage with i-ELOOP than without it? Probably, yes; but we have no way of measuring that. If there’s room for improvement in the info screens for i-ELOOP, it would be to allow a display that actually shows how much energy the system has stored away—along with a projection of how much fuel it’s saved versus a conventional

in the Mazda 3, the i-ELOOP system officially raises this model’s EPA ratings 1 mpg—from 27 mpg city, 37 highway to 28/38 mpg. And it’s not quite enough to raise those EPA numbers for the sedan.

A costly mile per gallon?

The elephant in the room is price. Capacitors cost quite a bit more than batteries—even relatively light lithium-ion or lithium-polymer cells—of the same capacity, and their prices haven’t been trending downward, significantly. So for now, that’s relegated this system to the top of the model lineup.

The feature is part of the Technology Package, available for a price of $1,600 on top 2014 Mazda 3 s Grand Touring models. That raises the total price to $28,890 for the five-door.

What we’ve seen is that i-ELOOP is effective, and doesn’t at all get in the way of the 3’s responsive powertrain. Do you think that this capacitor-based system is a viable possibility for boosting fuel efficiency in the future, or do you think this is a niche solution? Let us know what you think, and be sure to catch our first drive impressions here, and over at The Car Connection.