Smaller, more efficient engines will be all the rage for the next 15 years, as automakers work to meet gas-mileage standards reaching past real-world averages of 40 miles per gallon.

One of the most eagerly awaited is Ford's three-cylinder, 1.0-liter EcoBoost engine, first shown at the Frankfurt Motor Show last September. It will replace non-turbo versions of its 1.6-liter four globally.

That engine is coming to the U.S in the Fiesta and the Focus, but, according to Motor Trend, the Focus EcoBoost won't arrive before 2014.

Best of all, Ford said it is targeting 50 to 55 mpg for the 2014 Focus EcoBoost--though whether that was a highway or combined rating wasn't clear (we're betting highway).

The traditional "buff book" drove the European version of the Focus three, and said "the in-gear pickup is what impresses" and it is also "astonishingly quiet."

In European trim, the direct-injected and turbocharged 1.0-liter three-cylinder engine puts out 125 horsepower and 147 pound-feet of torque. 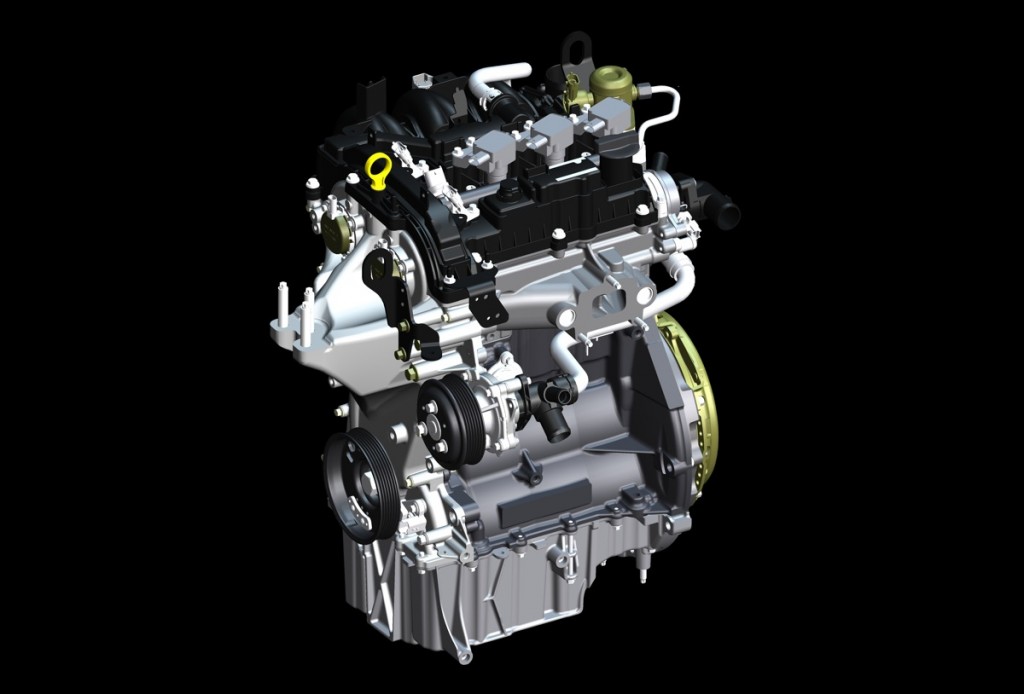 But, according to the British magazine Autocar, Ford is developing high-performance versions of its three that put out as much as 177 hp.

They are rumored to replace the EcoBoost turbocharger with an electric supercharger, which reduces engine power loss by removing the need to spin the turbine compressor.

At the largest, heaviest end of the Ford product scale in the U.S.--its F-150 full-size pickup trucks--Ford has had remarkable success with its 3.5-liter EcoBoost V-6, which replaces thirstier V-8 engines of the same power.

The company's wholesale adoption of EcoBoost technology to increase fuel economy across its range has been partially funded by $5.9 billion in low-interest loans from the U.S. Department of Energy, announced in June 2009.

Today, the only carmaker selling a three-cylinder engine in the U.S. is Smart, which fits a 70-hp, 1.0-liter engine sourced from Mitsubishi to its Smart ForTwo minicar.