Over the past year we’ve seen car rental firms like Hertz and Enterprise launch new schemes designed to give customers a hassle-free way of renting a plug-in car instead of a gasoline one if they so wish.

Now Hertz is helping Virginia-based Evatran test its wireless charging technology --  a scheme that could ultimately help do away with plugging in electric cars altogether.

Initially, the three-month test will involve retrofitting a wireless charging receiver to the underside of a 2012 Nissan Leaf based at Hertz’s Park Ridge headquarters in New Jersey.

In order to charge wirelessly, the Leaf will then have to park in a designated parking space fitted with one of Evatrans’ Plugless Power ground-mounted power transmitters.

“In the near term, we don’t see wide deployment for the technology,” Jack Hidary, global electric vehicle leader at Hertz told The New York Times. “But it will definitely be part of the mix,” he continued.

While wireless charging might not be entering Hertz’s nationwide fleet of plug-in cars yet, the technology could be particularly useful for car share schemes where registered users can rent a car by the hour.

Unlike traditional rental situations where a car is rented from a rental garage, car sharing systems like Hertz On Demand place cars at strategic places throughout a city in specially-reserved parking spaces.

Because of the way the scheme works, rental cars are often left for several hours between customers, presenting an ideal opportunity for electric cars to recharge.

But unattended electric cars charging with traditional cabled charging stations are at risk of being unplugged, either through malicious intent or by accident.

Worse still, renters could forget to plug the car in when they return it, leaving it uncharged for the next customer.

Wireless charging takes those risks away, ensuring that provided a car fitted with an inductive charging system is parked correctly, the car can charge without any further input from the renter. 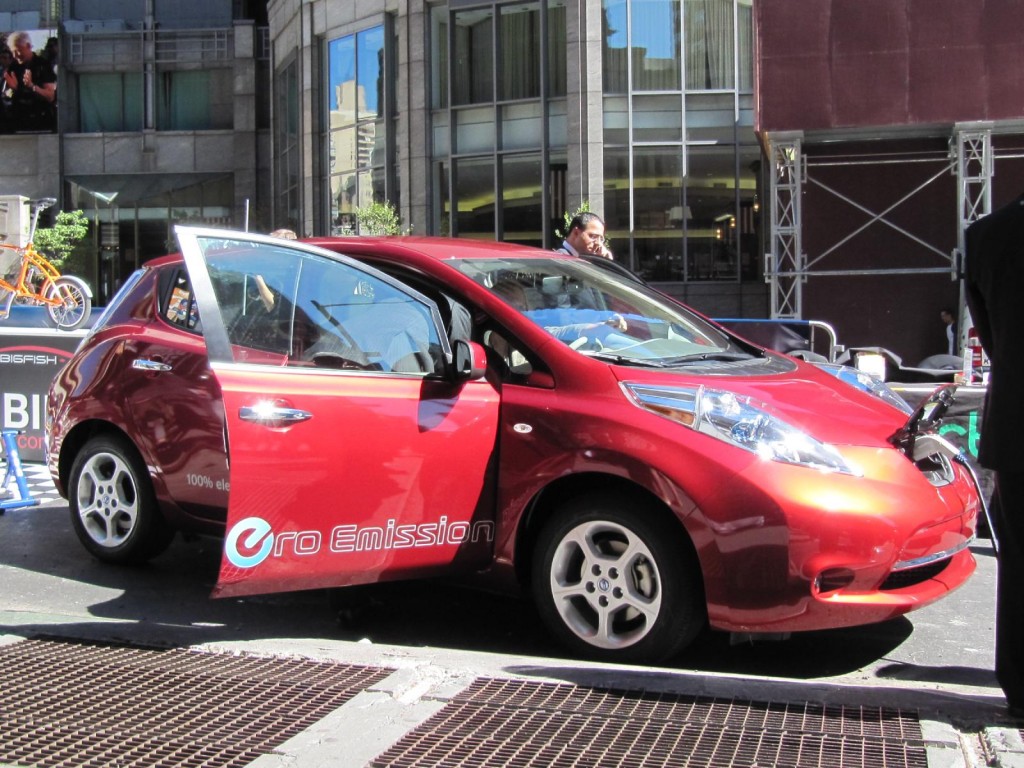 Hertz hasn’t said exactly what it hopes to achieve from the trial, which will initially only involve one corporate car. But it isn’t shy about expressing enthusiasm for the technology.

“We think this takes E.V. charging to the next level,” said Hertz spokesperson Paula Rivera. “We’re happy to be in on the ground floor.”