One day after General Motors CEO Dan Akerson fended off occasionally fact-free Congressional attacks on the Chevrolet Volt and its safety, it has doubled-down on promoting the Volt with a TV ad buy featuring well-known TV and movie star Tim Allen.

The ad, which shows the Volt assembly line snaking through the city of Hamtramck where the Volt is built, sends the message that the Volt isn’t just important to GM, but the entire city of Detroit.

“This isn’t just the car we wanted to build,” Allen narrates as we see images of the Volt production line pass through residential areas and across intersections. “It’s the car America had to build."

According to Mlive.com, the 30-second short hints at a longer Chevrolet ad rumored to debut during the Super Bowl, complete with interviews with residents of Hamtramck. 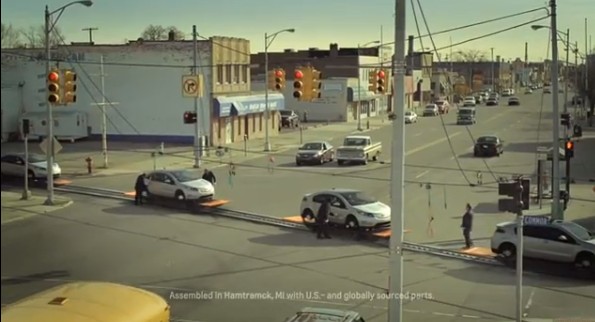 There’s one snippet of information about the ad that made us chuckle: according to Chevrolet spokesman Rob Peterson, the 30-second ad will debut on the Fox News network.

Yes, the very same Fox that regularly tries to character-assassinate Chevrolet and its plug-in car.

As for the choice of Tim Allen as narrator? That’s simple. The ad is about the people of Detroit, not just the factory where the Volt is built.

And Allen is a Detroit native to his very core.