Often, timing is everything.

So Rep. Darryl Issa (R-CA) and his plans for Wednesday likely aren't helped by the NHTSA's decision last Friday to close its Volt battery-safety inquiry after GM developed upgrades for the Volt battery crash structure and coolant filler, and offered them to all existing Volt owners.

On Wednesday, Issa will chair a hearing of the House Committee on Oversight & Government Reform on Wednesday entitled, "Volt Vehicle Fire: What did NHTSA know and when did they know it?"

The goal is to ascertain whether the NHTSA withheld from the public information on a June fire in the battery pack of a wrecked Volt range-extended electric car--and if so, whether pressure from the Obama White House was behind any delay.

The fire was first publicly reported by Reuters on November 12. The agency opened its now-closed formal defect investigation on November 25, after a second pack caught fire in a lab test (aimed at determining the cause of the fire in the demolished Volt).

The cause of the five-month delay is a valid question, though whether it requires a Congressional hearing to answer is a different question.

Both the agency and General Motors have said that the time was taken up by attempting to diagnose the cause of the fire, which occurred in a Volt sitting in a wrecking yard three weeks after it was demolished in a side-impact crash test.

Ten days ago, NHTSA head David Strickland noted that the agency rarely opens safety investigations after a single incident--and that the Volt pack fire did not occur on the road, in real-world use, but weeks after the crash test.

He said the agency had informed the White House of the fire three months after it occurred.

But in a letter to House Republicans dated January 12, according to The Detroit News, Transporation Secretary Ray LaHood wrote, "No one from the Executive Office of the President requested or in any way suggested that NHTSA delay public release of information related to the Volt fire."

Issa's committee has requested documentation from both the NHTSA and GM. The Wednesday panel hearing will hear testimony not only from Strickland, but also General Motors CEO Dan Akerson, who will testify to Congress for the first time in his current role. 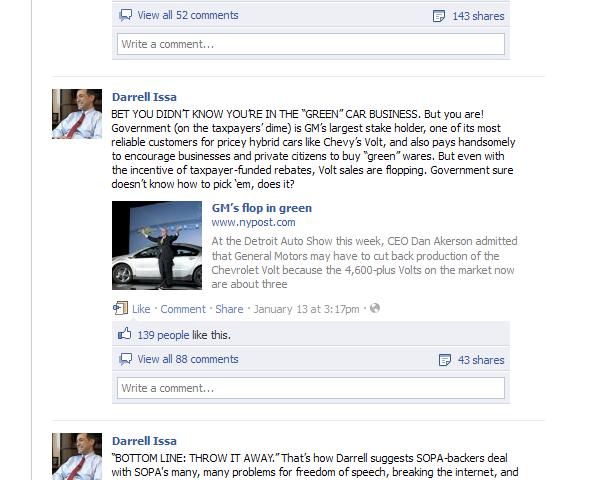 But Issa's views of the Volt may not be entirely neutral.

On January 13, he posted on his Facebook page a link to an editorial in the right-leaning New York Post, entitled "GM's flop in green," by Patrick J. Michaels, a senior fellow at the Cato Institute, a Libertarian think tank in Washington, D.C.

Michaels calls the Volt "one part lemon, one part taxpayer albatross," and tosses in many of the usual conspiracies circulated by what the Detroit News calls "right-leaning blogs," including the one about the Obama White House being intimately involved in GM's product and sales plans.

(For the record, the Obama auto task force that restructured GM in 2009 2008 wanted to kill the Volt entirely because the company wouldn't make a profit on it. GM fought hard to save it, to demonstrate that the company could build advanced-technology and green cars even better than the vaunted Toyota Prius hybrid.) 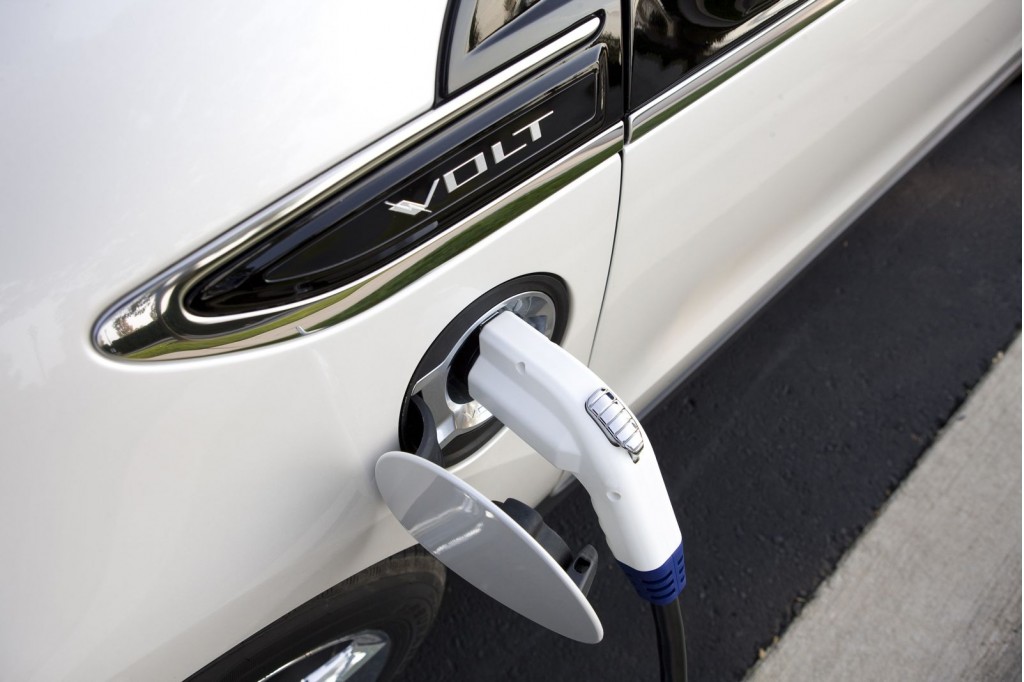 Issa's comment on the Facebook post repeats the "Volt sales are flopping" assertion that has been another perennial Volt criticism since 2011 Volt sales totaled 7,671, rather than the 10,000 GM had projected.

Questions over the Volt's sales performance will likely be front and center a week from Wednesday, when carmakers report January 2012 sales.

The company intends to build 45,000 Volts for sale in the U.S. market this year, once production at the Detroit-Hamtramck assembly plant restarts next month. It will need to sell almost 4,000 Volts per month to meet that goal.

To us, the public appetite for a $40,000 range-extended electric car is a more relevant long-term question for investigation than conspiracy theories about the White House suppressing information on a safety hazard in a plug-in car.

But that's just us. We look forward to the hearing with interest.