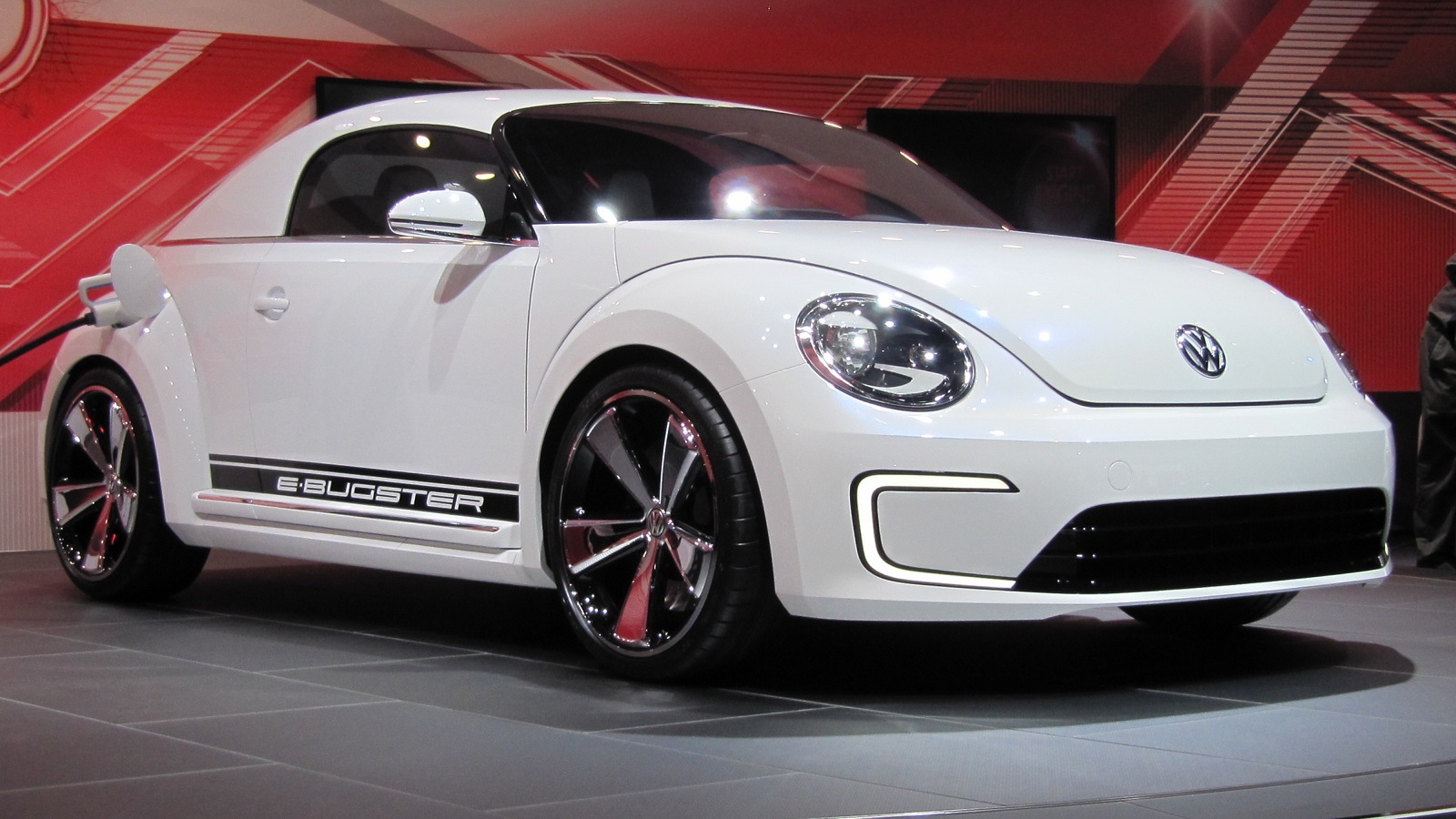 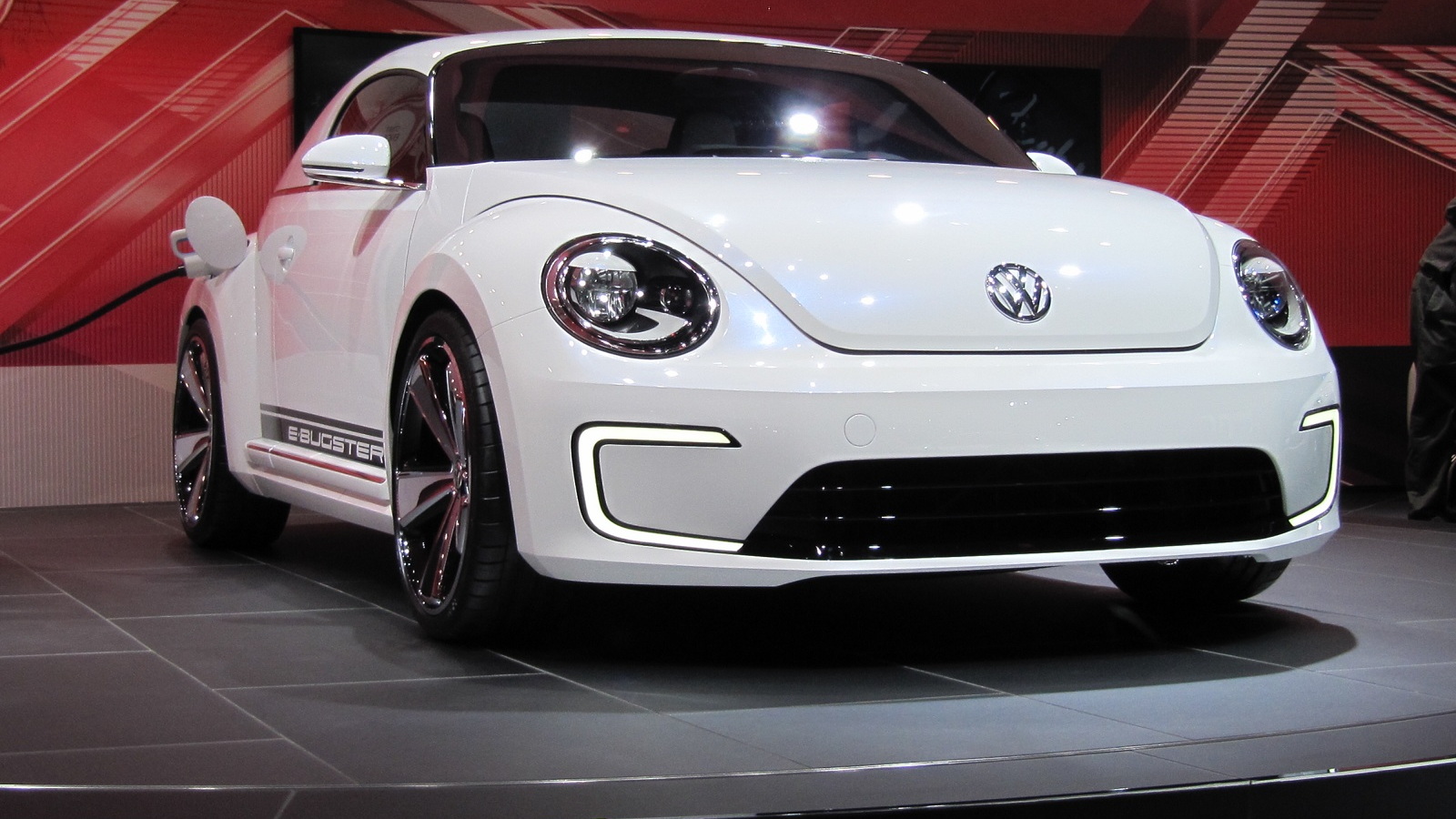 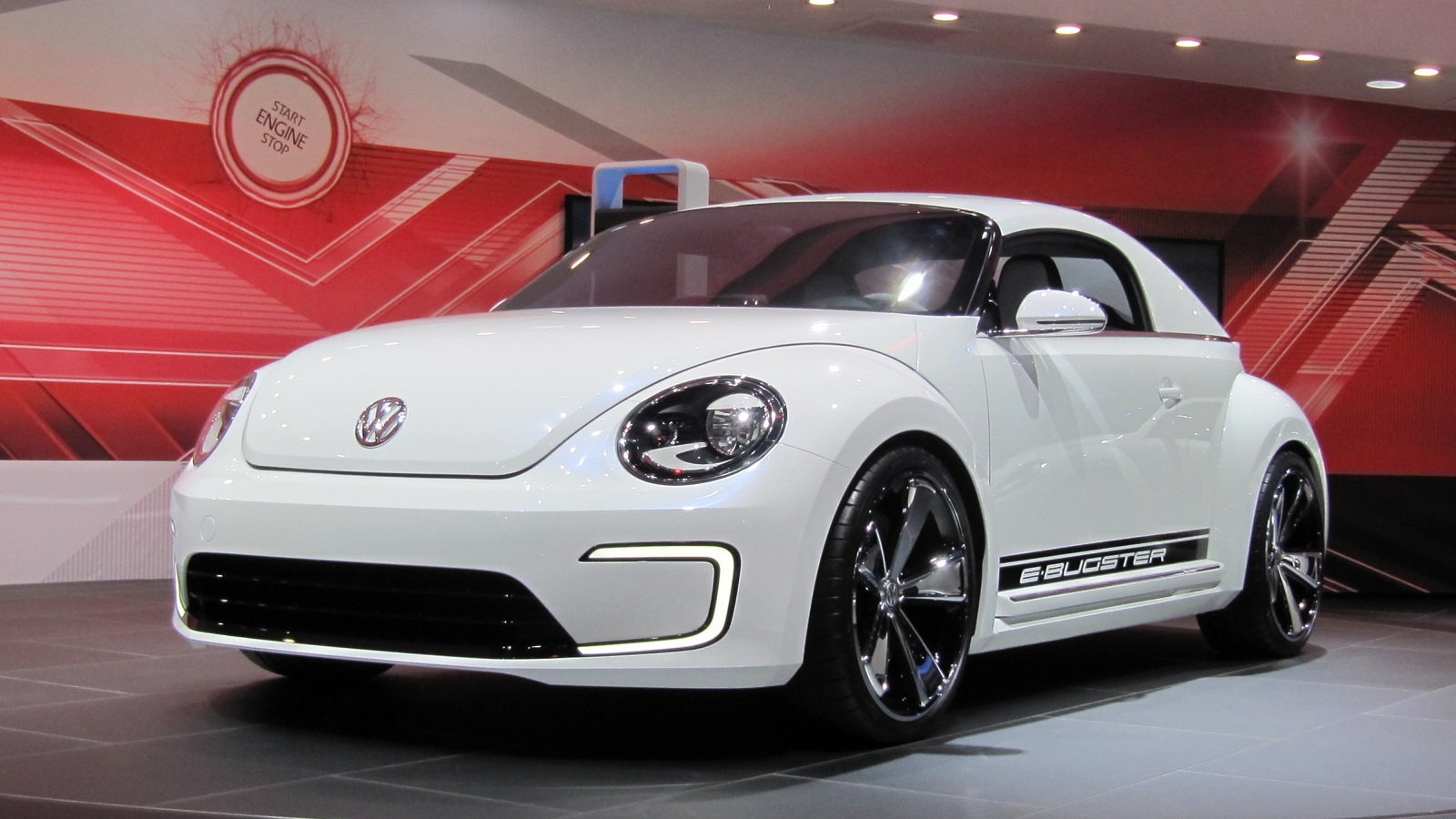 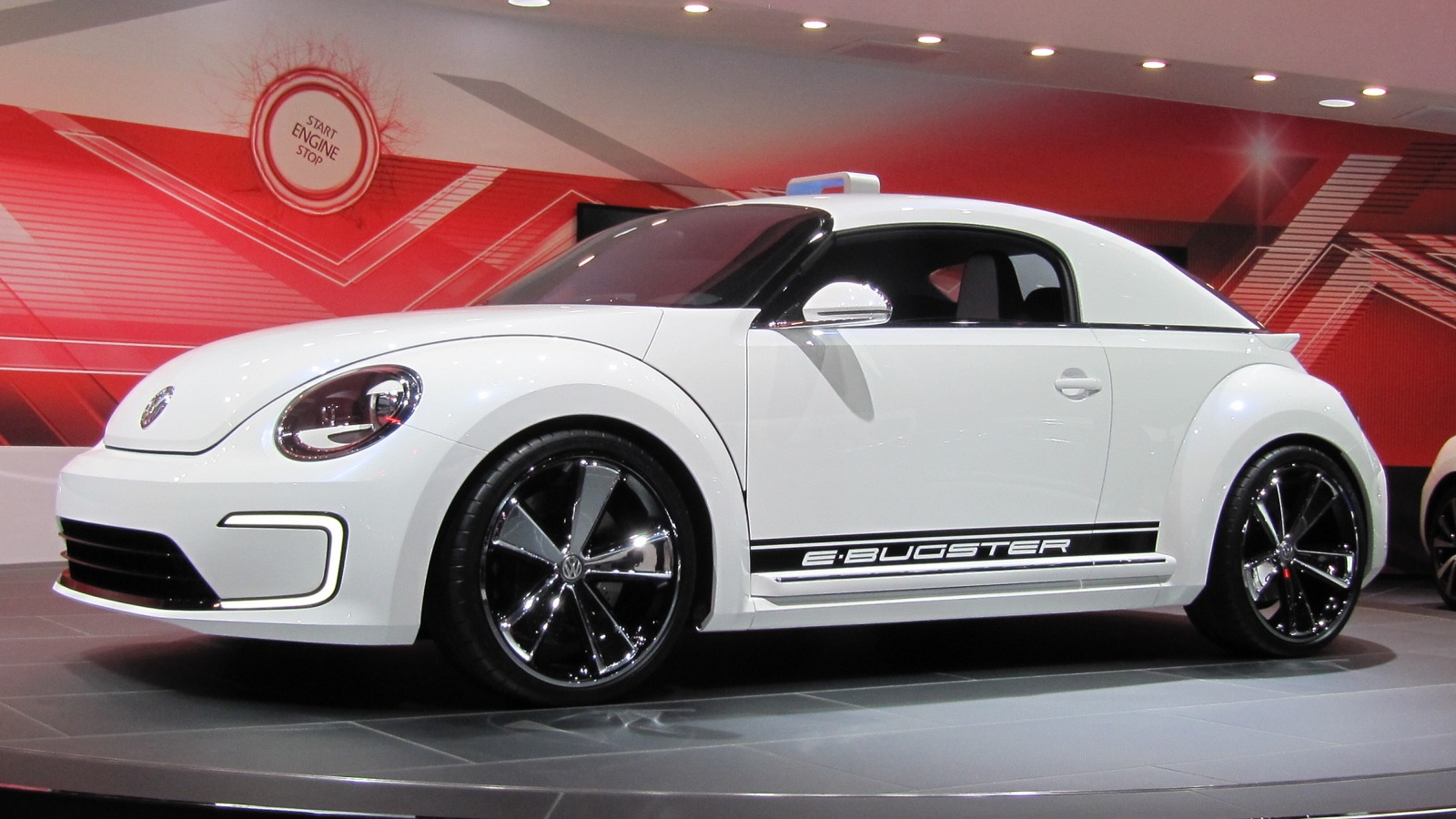 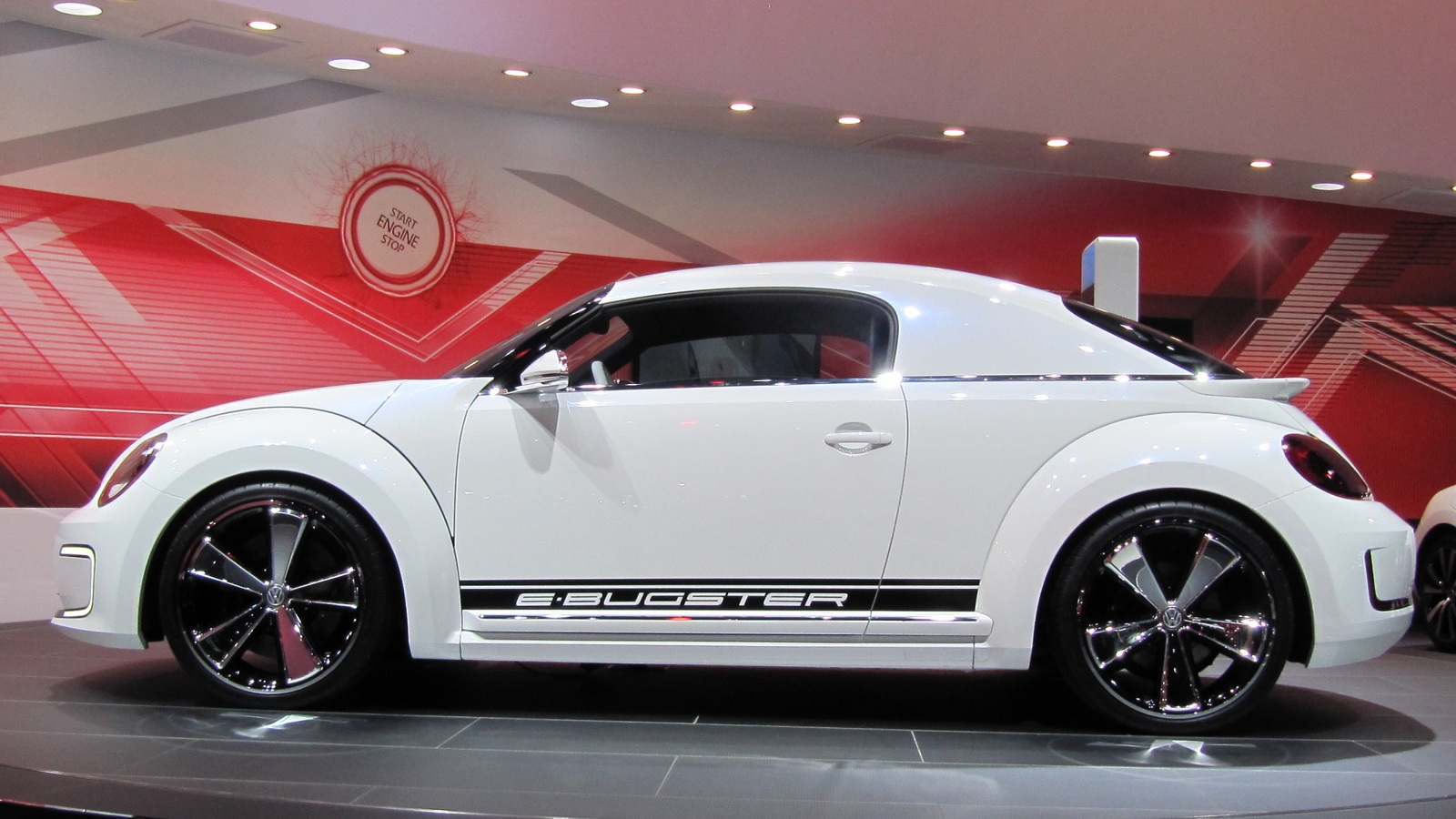 There’s something special about the Volkswagen Beetle -- or VW Bug to use its more colloquial name -- that makes us think of a car that is inherently friendly to the planet.

And that’s something which Volkswagen has played on with the its Volkswagen all-electric e-Bugster concept car, unveiled at the 2012 Detroit Auto Show.

Although the e-Bugster is unmistakably a VW Beetle, it sits a little lower than its gasoline siblings thanks to a sporty coupe hardtop, shallow windows and a chopped roofline.

The result is a more sporty looking car that -- if you squint enough -- looks a little like the illegitimate love-child of an Audi TT coupe and a Porsche 911.

Powering the e-Bugster’s front wheels is an 85-kilowatt electric motor, identical to the one powering the 2014 VW Golf Blue-e-Motion we drove last July.

In fact, the car’s entire powertrain is taken from the 2014 VW Golf Blue-e-Motion, including its 695-pound, 26.5 kilowatt-hour lithium-ion battery pack and rapid DC charge capabilities.

That’s hardly surprising, since the VW Golf and VW Beetle are built on the same A5 (PQ35) compact vehicle platform as each other.

As for top speed? VW hasn’t disclosed that, although we hope it lives up to the e-Bugster’s speedster-inspired looks and accented wheel arches.

Take a look at our live photo gallery of the VW e-Bugster and tell us in the Comments below what you think: Should VW make the e-Bugster or not?