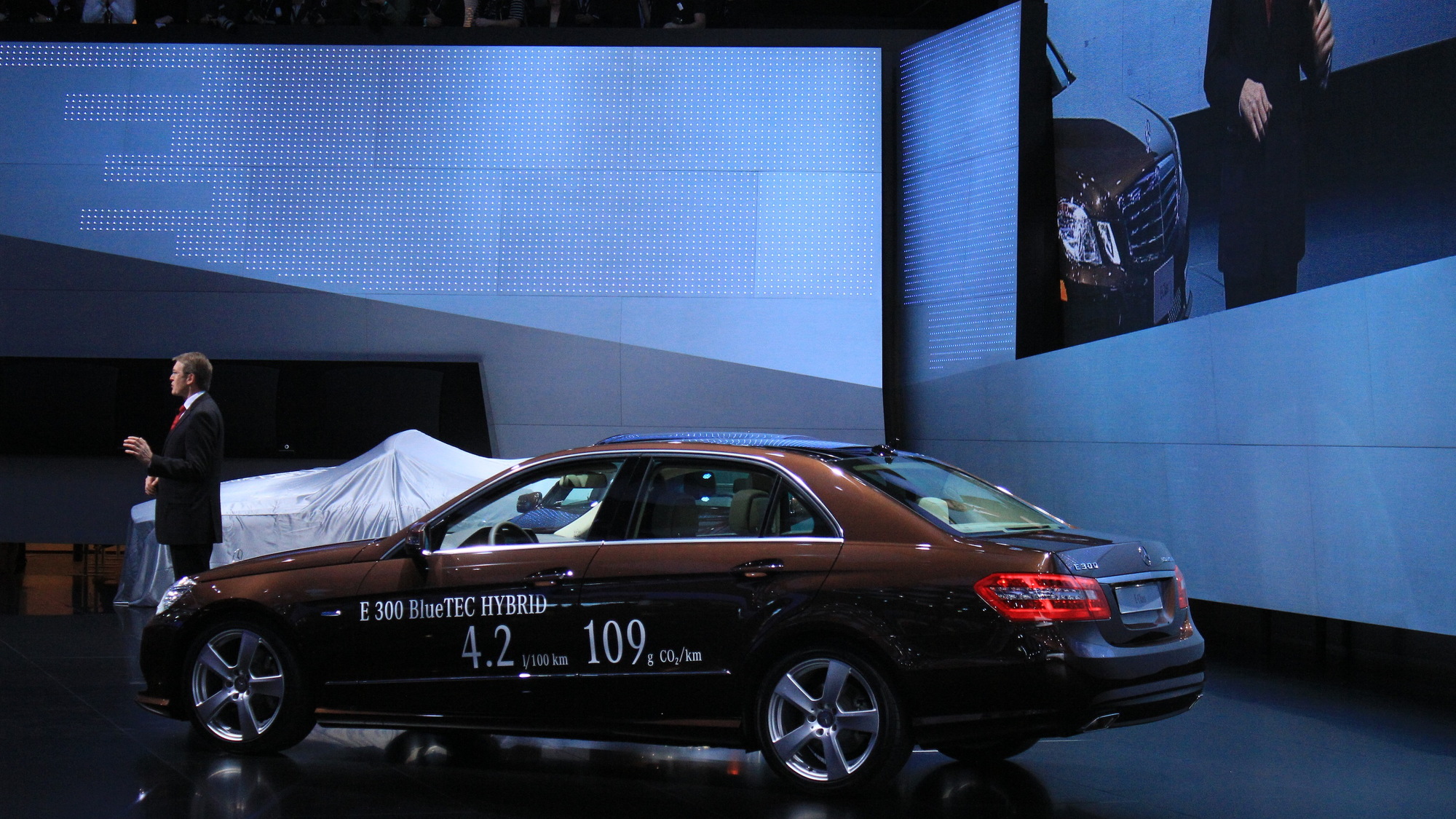 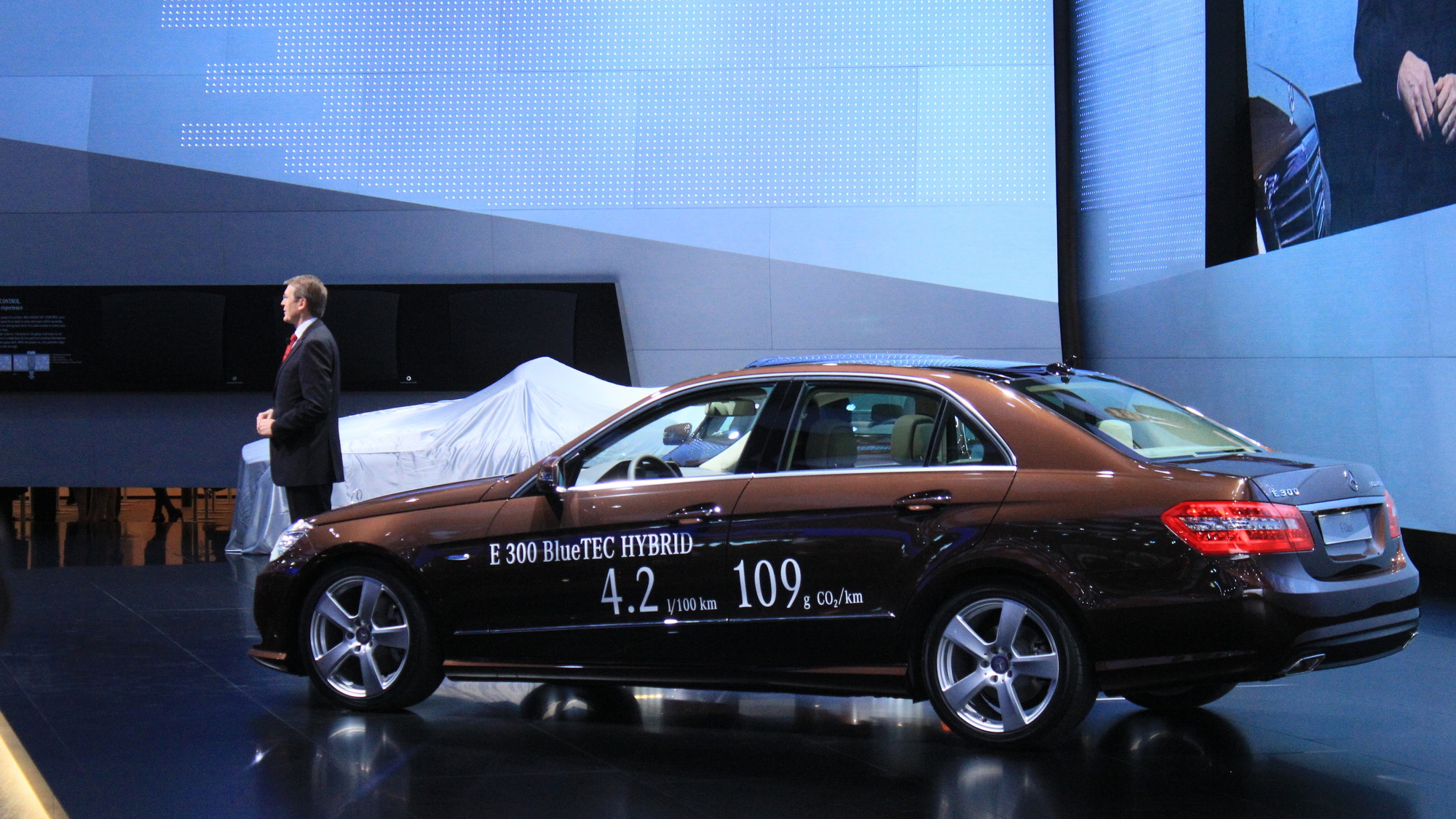 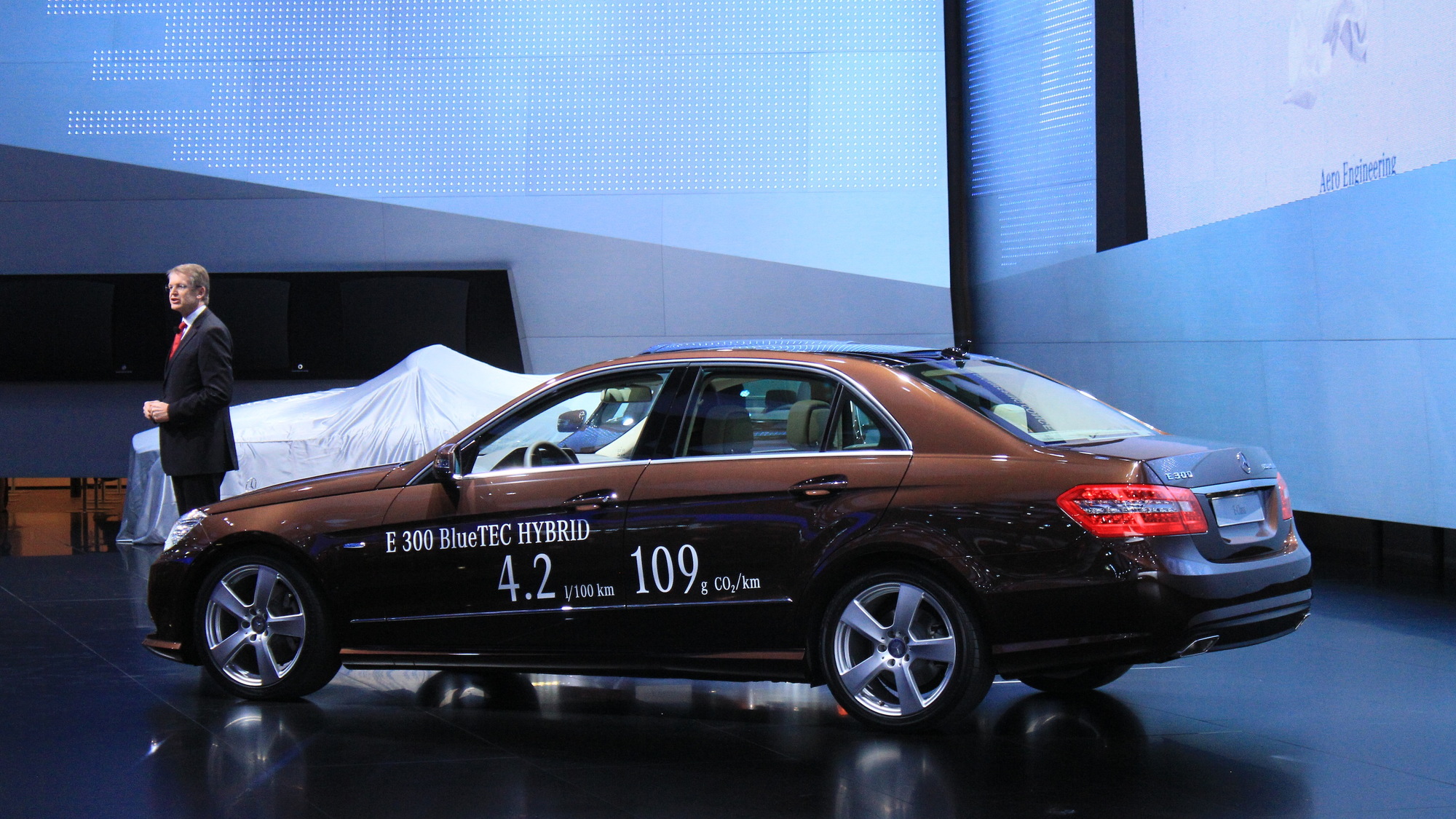 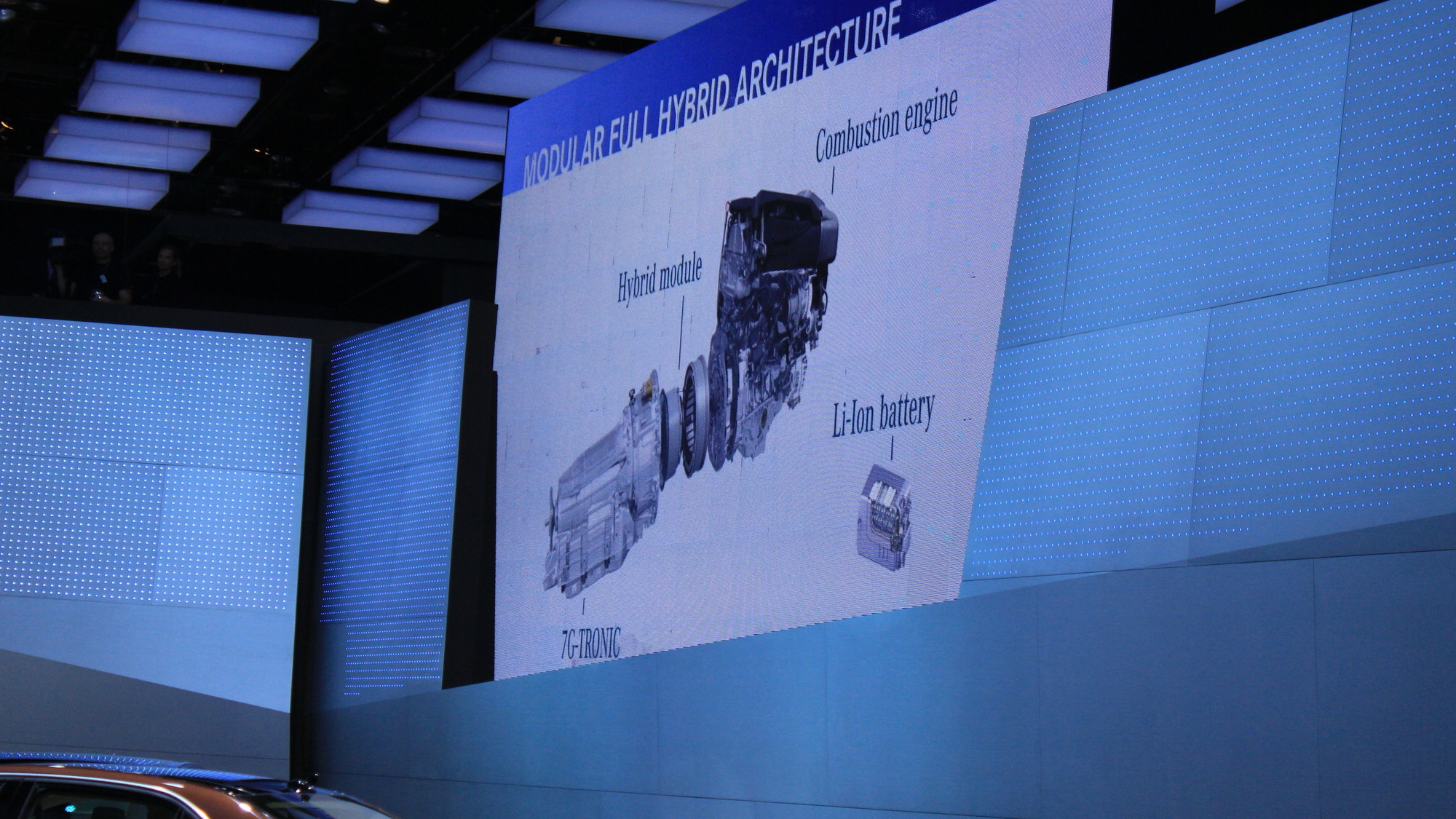 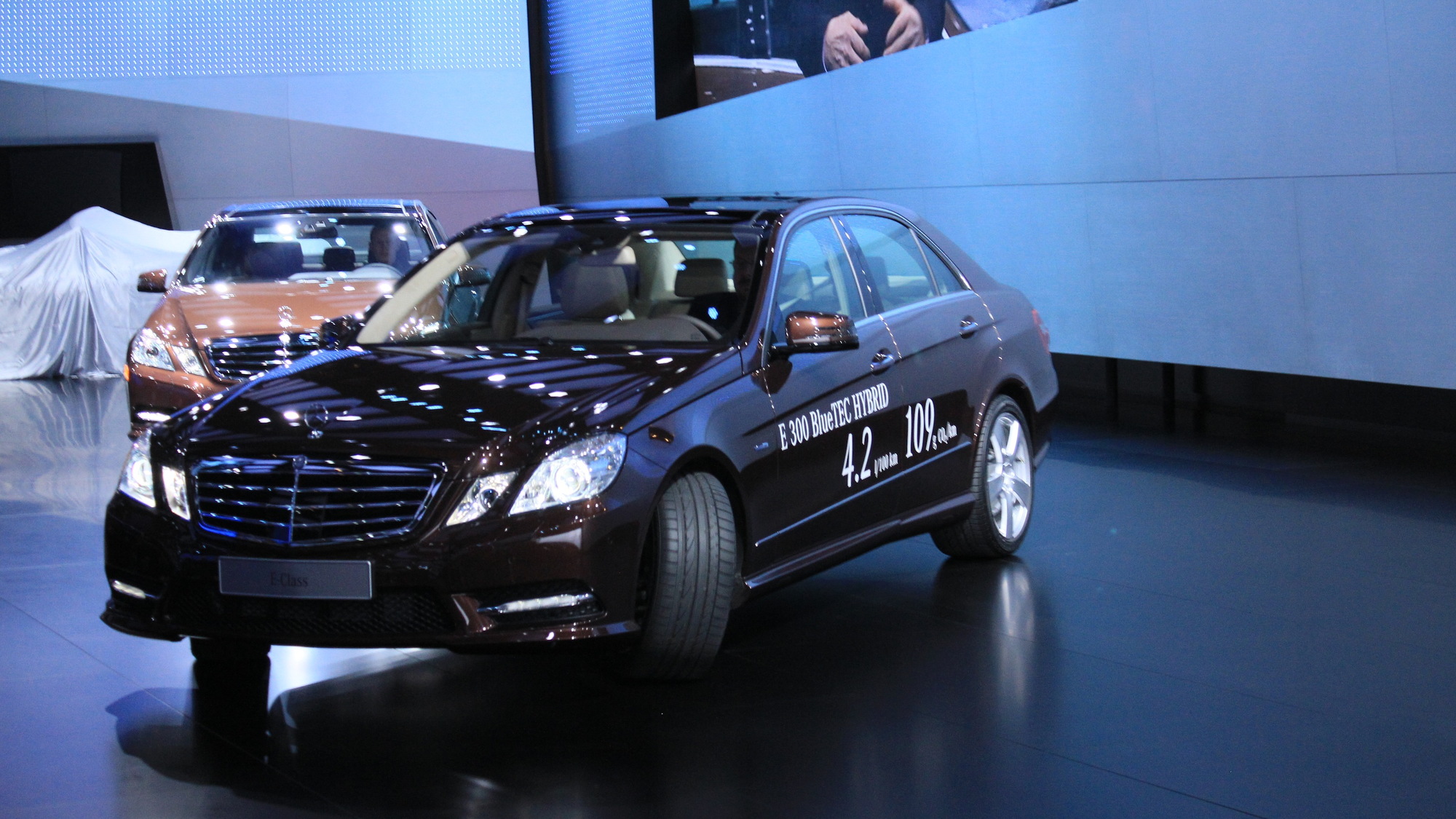 Big luxury cars can be green too. That’s the message from Mercedes-Benz as it launches two new hybrid E-Class cars at the 2012 Detroit Auto Show.

The Mercedes-Benz E300 BlueTec Hybrid and Mercedes-Benz E400 Hybrid were first announced back in December, and essentially cater to different markets.

The E300 BlueTec Hybrid, available in sedan and wagon variants, combines a two-liter, four-cylinder turbocharged diesel engine with a 20 kilowatt electric motor to give a combined fuel economy of 67.2 mpg. Destined for Europe, where 50 percent of all cars sold are now powered by diesel, Mercedes-Benz has no plans to bring the oil-burner to the U.S.

The E400 Hybrid on the other hand, uses a 3.5 liter, 306 horsepower, V6 engine married to the same 20 kilowatt motor and 7G-Tronic Plus gearbox found in the E300 BlueTec Hybrid.  It is expected to achieve around 27 mpg.

Interestingly, while the E400 Hybrid reaches 60 mph a little faster than its Diesel sibling, the E300 BlueTec Hybrid has more torque and a higher top speed.  While the E300 romps on to a maximum velocity of 150 mph, the U.S.-destined E400 reaches its top speed at 130 mph.

Both cars feature a range of operational modes designed to yield the highest possible fuel economy at a range of speeds. Just like other series-parallel hybrids, the new Mercedes-Benz E-Class hybrids can operate in electric-only mode at low speeds.

Sadly however, that all-electric operation is limited to speeds below 21 mph, with electric-only range a barely-useful two-thirds of a mile.

More useful, is what Mercedes-Benz calls the “sailing” function. At speeds below 100mph, both cars switch off their combustion engines where possible, using just the electric motor to maintain speed.

Given the limited capacity of the on-board 800 watt-hour lithium-ion battery pack however, we can’t imagine the system providing much assistance at freeway speeds before the battery pack becomes depleted.

At the moment, Mercedes-Benz has not disclosed the price of either the European-destined E300 BlueTec Hybrid or the U.S. market E400 Hybrid, but we’d expect both to cost a premium when compared to Mercedes-Benz’s existing E-Class sedans.