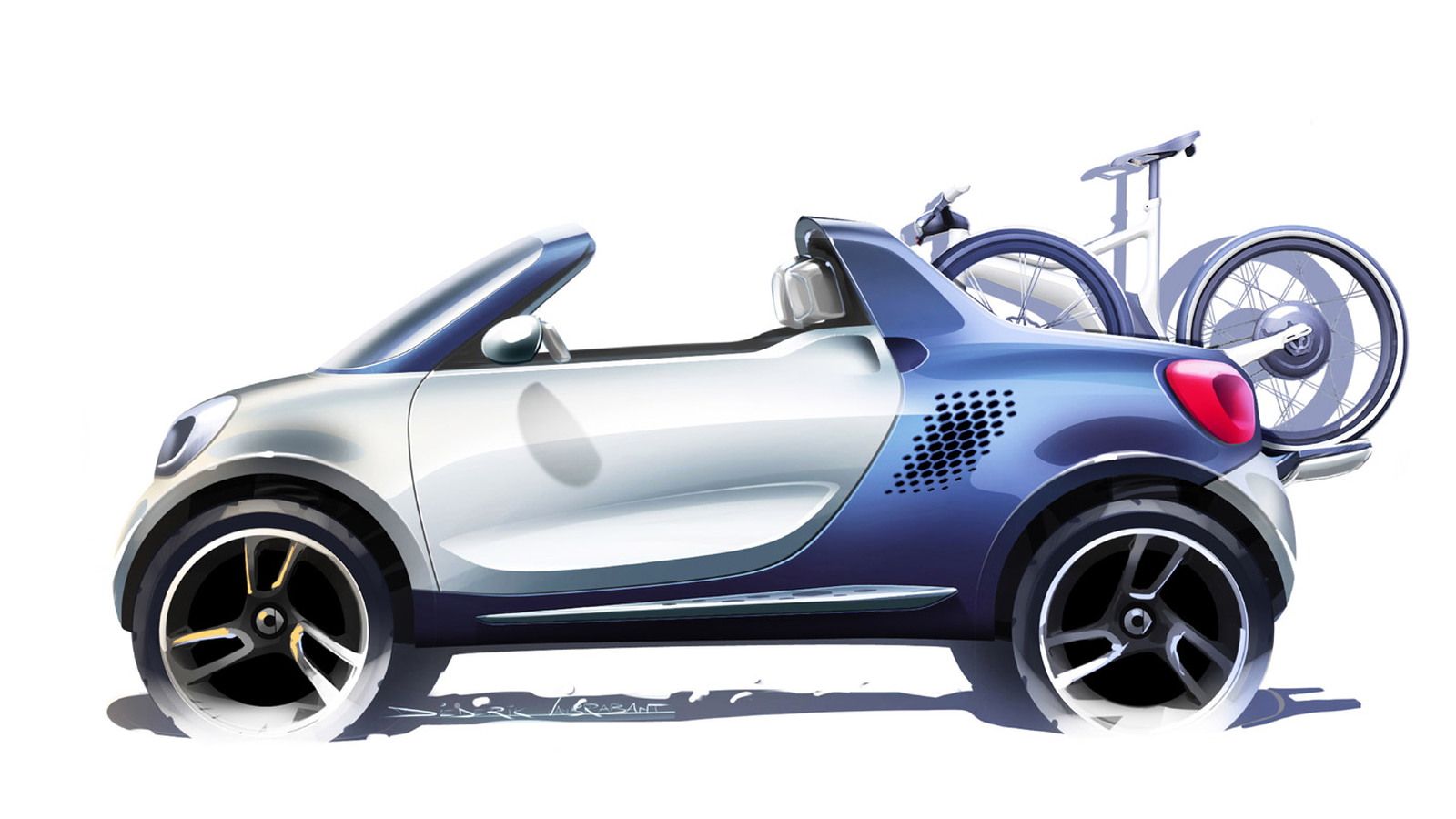 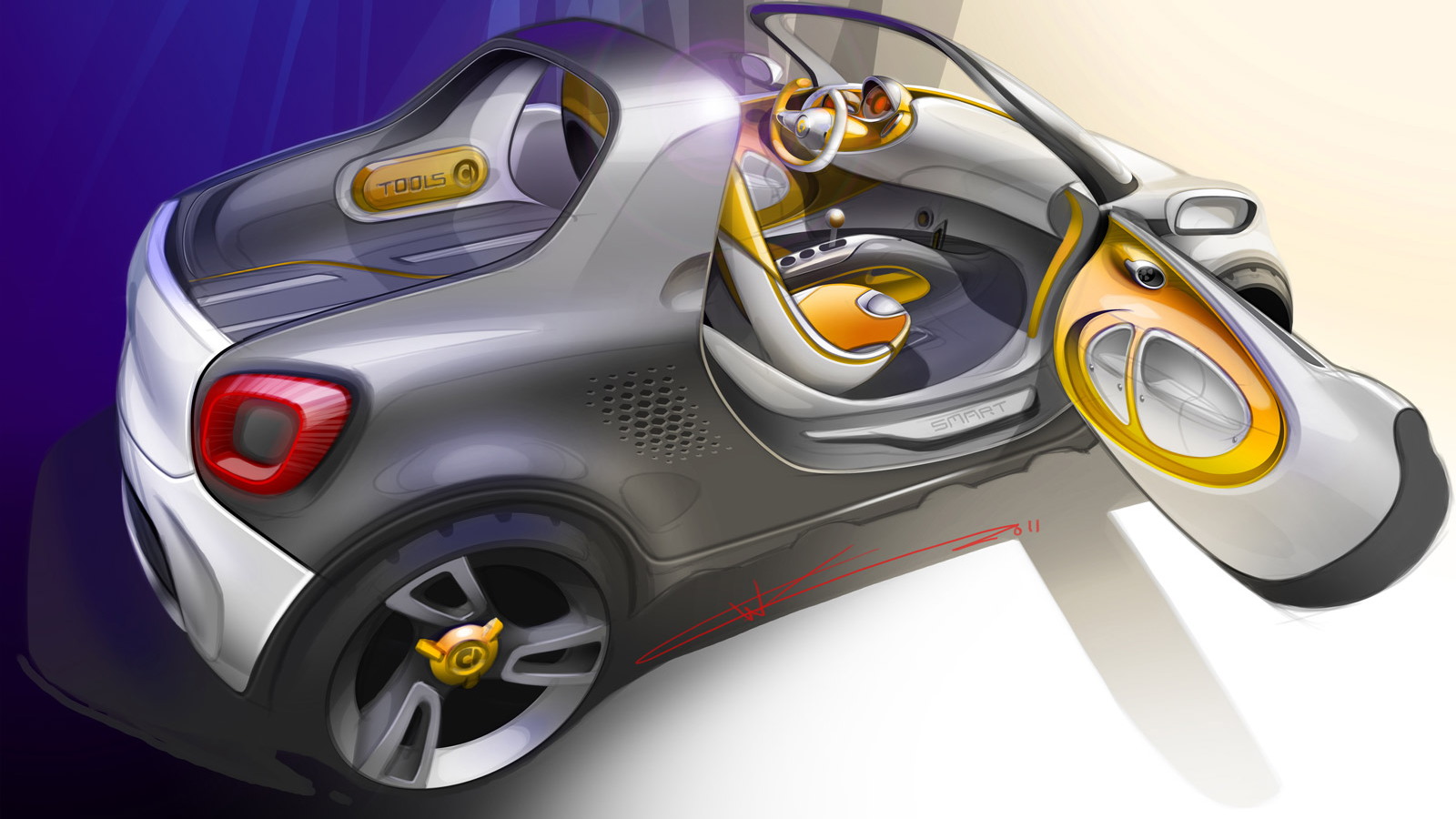 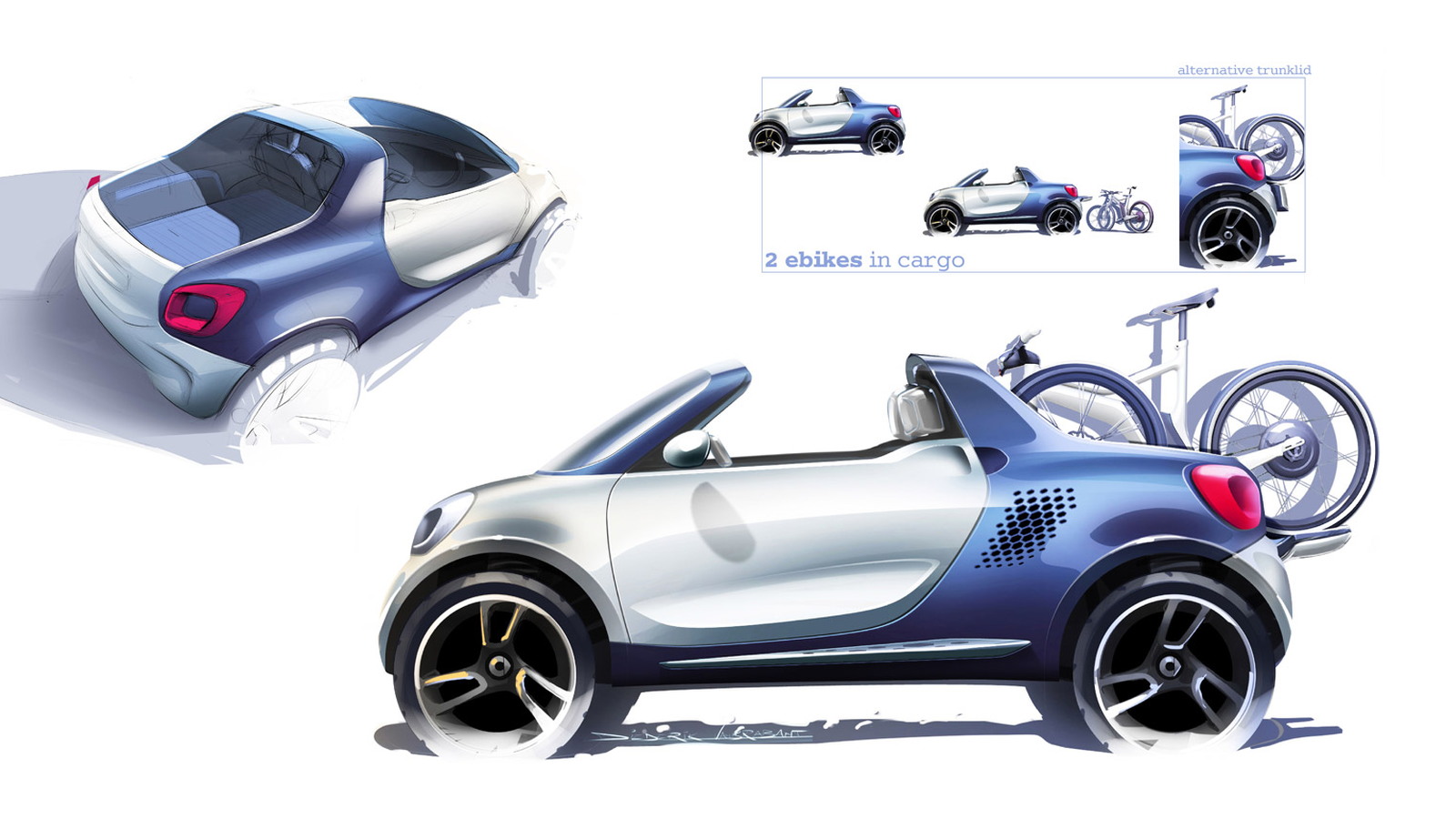 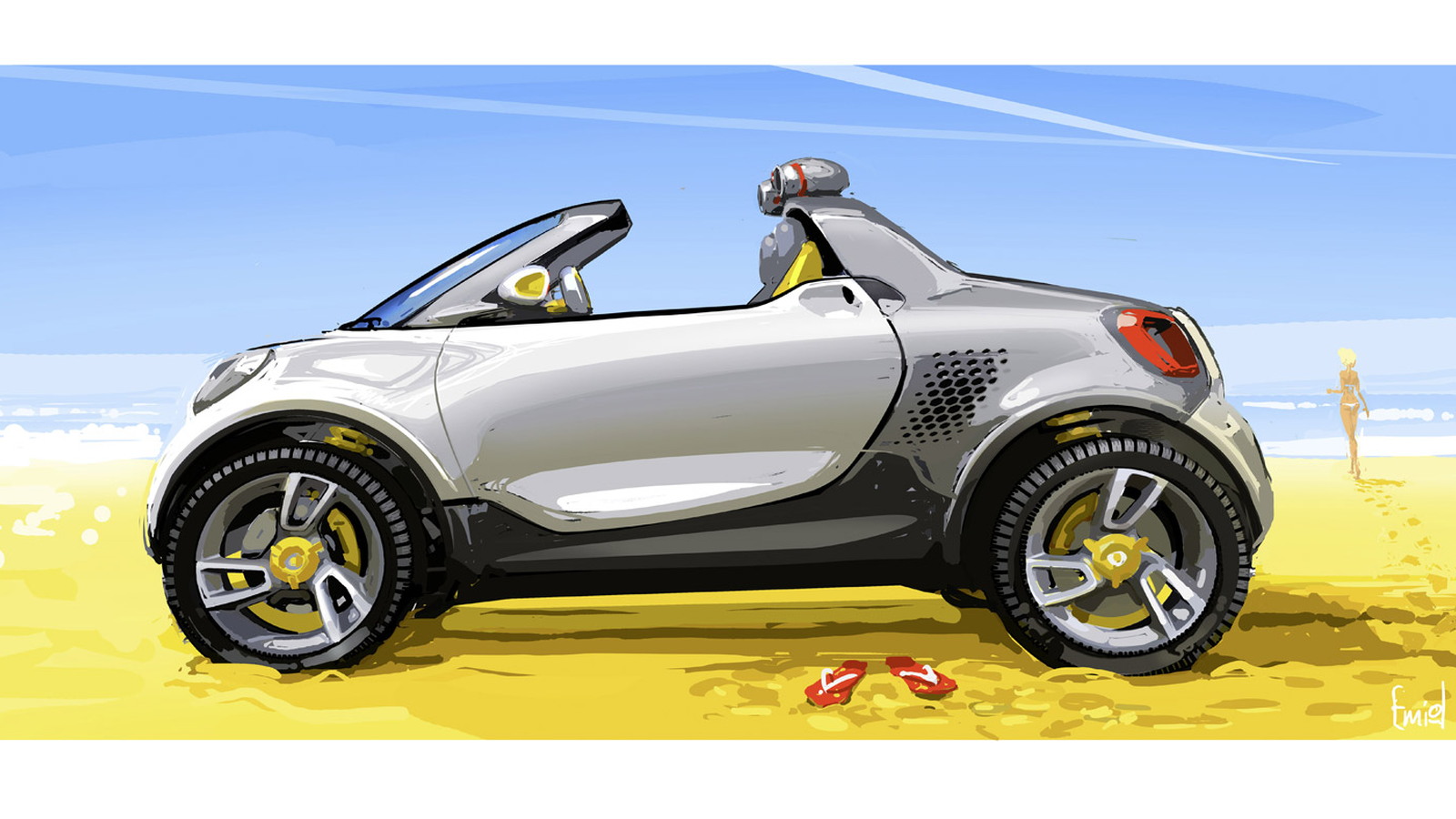 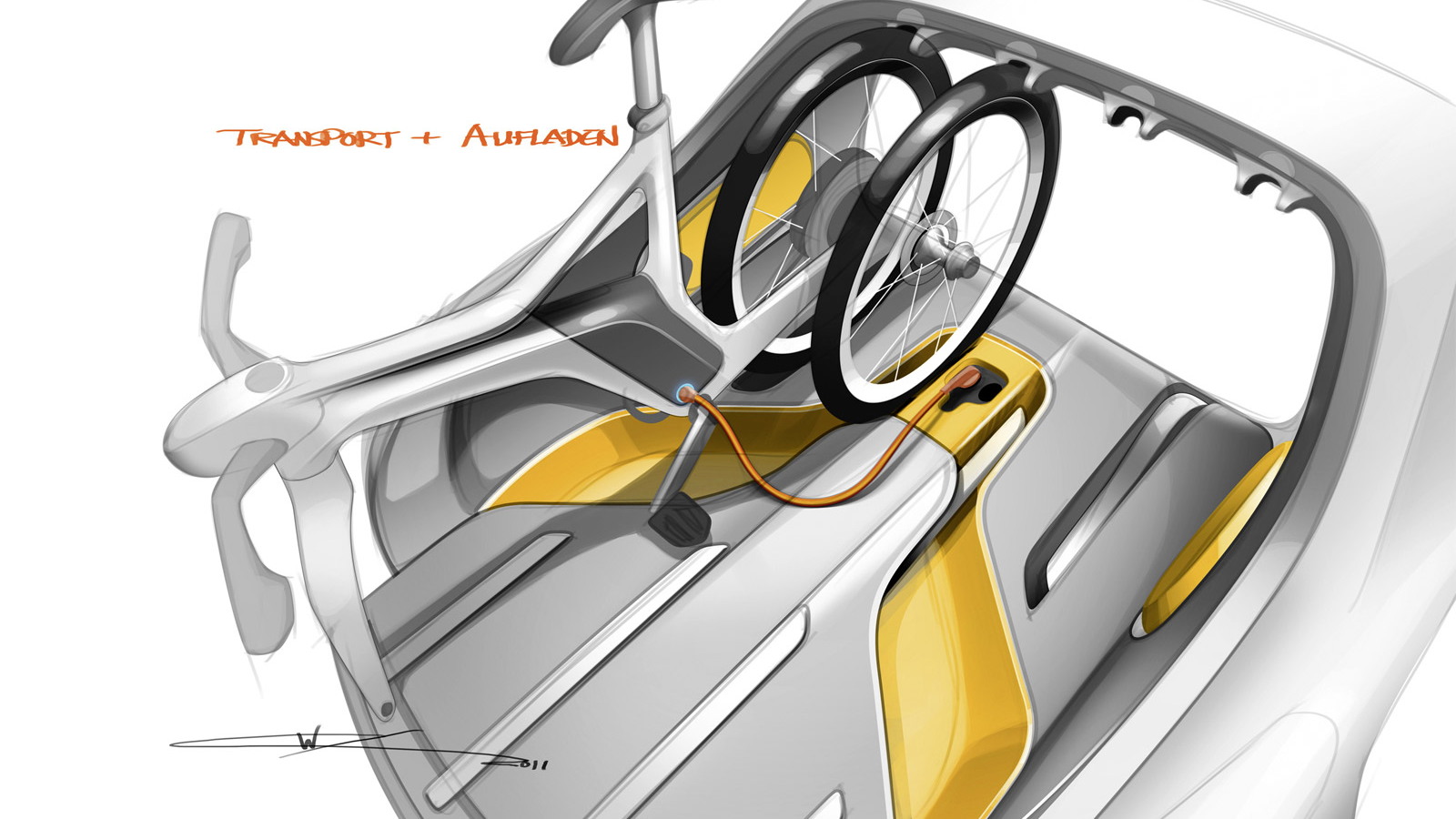 It's not easy being small. You go unnoticed in crowds and have to ask taller people to reach objects on high shelves for you.

With cars though it's not always a bad thing, or at least that's what Smart will tell you. When your business is making small cars, you extol the virtues inherent in lack of size, such as ease of parking, low running costs and squeezing through tight gaps.

Those aren't virtues that can be levelled at your average pick-up truck, so Smart is having a crack at those too with the Smart For-Us concept due at the 2012 Detroit Auto Show.

It may be longer than your average 8.8-foot Fortwo at 11.6 feet, but with a pickup bed it also has more utility. The bed itself is three feet long, with an electrically-powered tailboard that slides down and sits parallel with the load bay.

Smart says it "challenges ideas about what an urban pickup should look like", a statement never truer than in the States where a "mini truck" is still bigger than most passenger cars.

In concept at least it's much more similar to Japan's tiny Kei trucks, which allow small businesses to meet the country's strict rules for the size of urban vehicles.

The For-Us follows Smart's recent design language seen in the ForVision concept, with an emphasis on ovoid shapes and textured surfaces while still keeping the trademark 'Tridion' safety cell.

Most importantly for an urban vehicle of the future and in common with other recent Smart concepts, the For-Us is powered by electricity. A 55 kW electric motor with 96 pounds-feet of torque should make city driving a breeze and top speed is 75 mph.

The battery is the same 17.6 kWh lithium-ion unit seen in the third-generation Smart Electric Drive, previewed at the 2011 Frankfurt Auto Show. Smart claimed a range of 87 miles for that car, so the For-Us would be similar.

The For-Us will debut at the North American International Auto Show in Detroit from 14 to 22 January 2012. For more information on the show, check out our dedicated Detroit Show page.