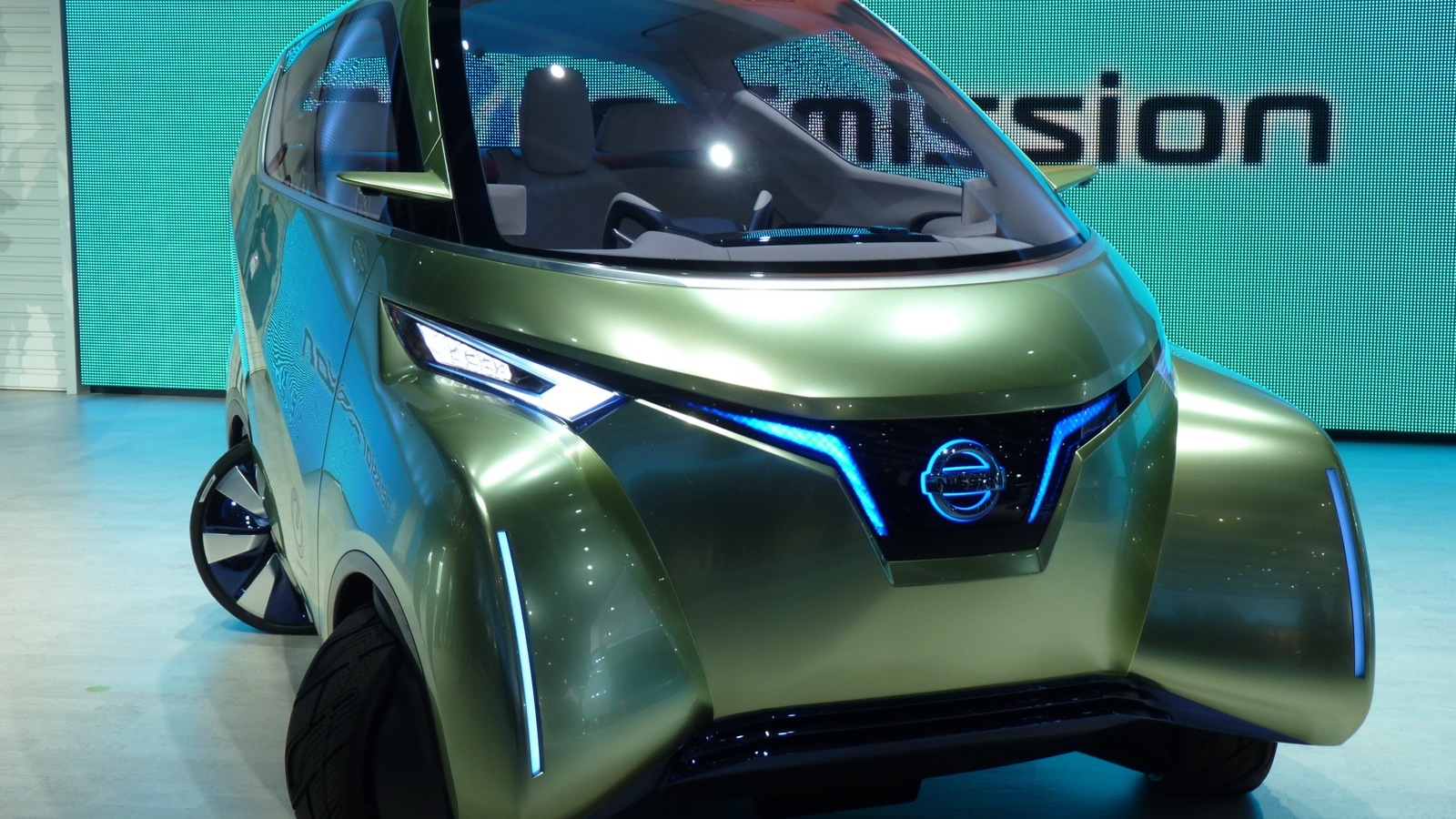 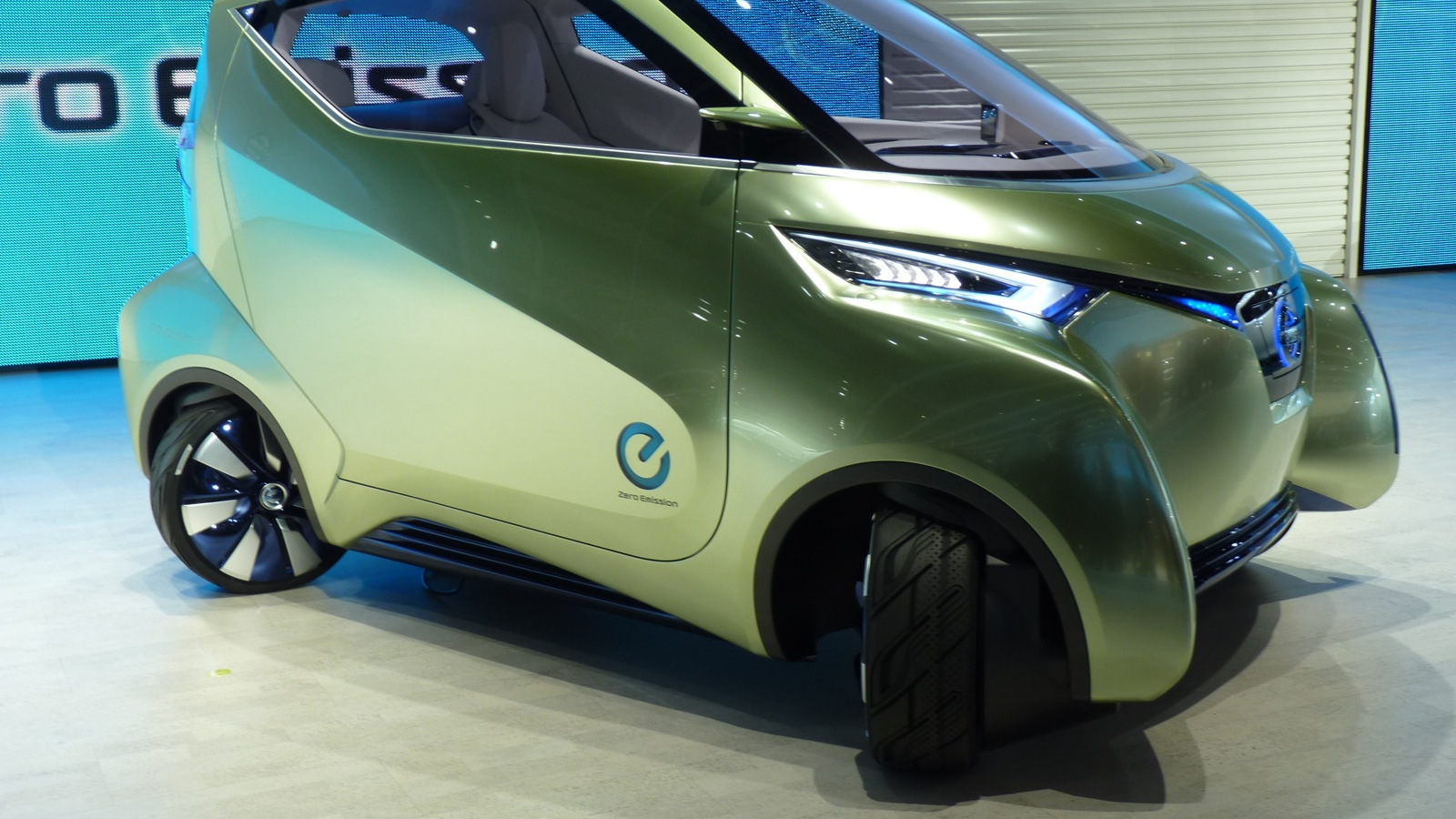 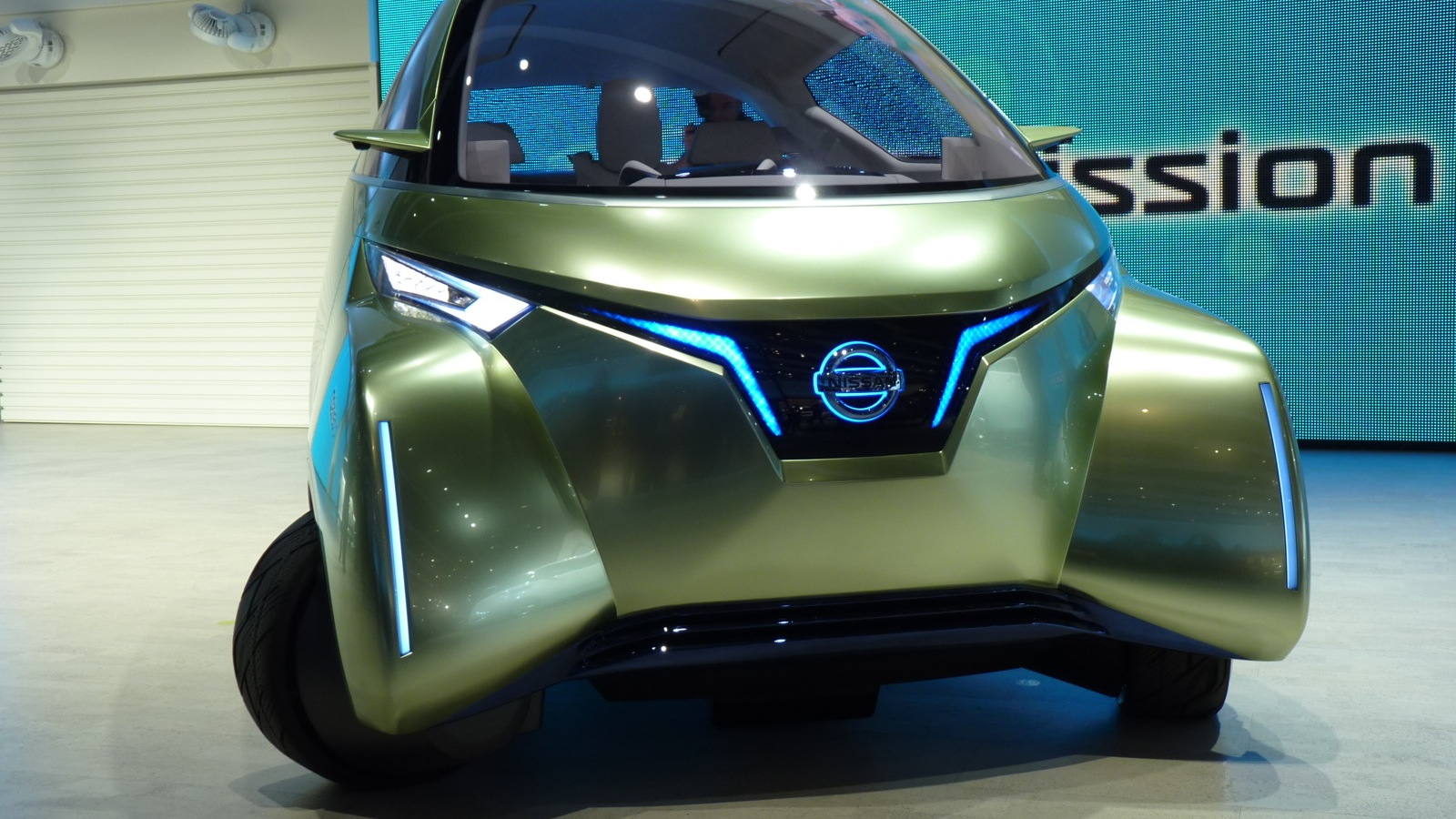 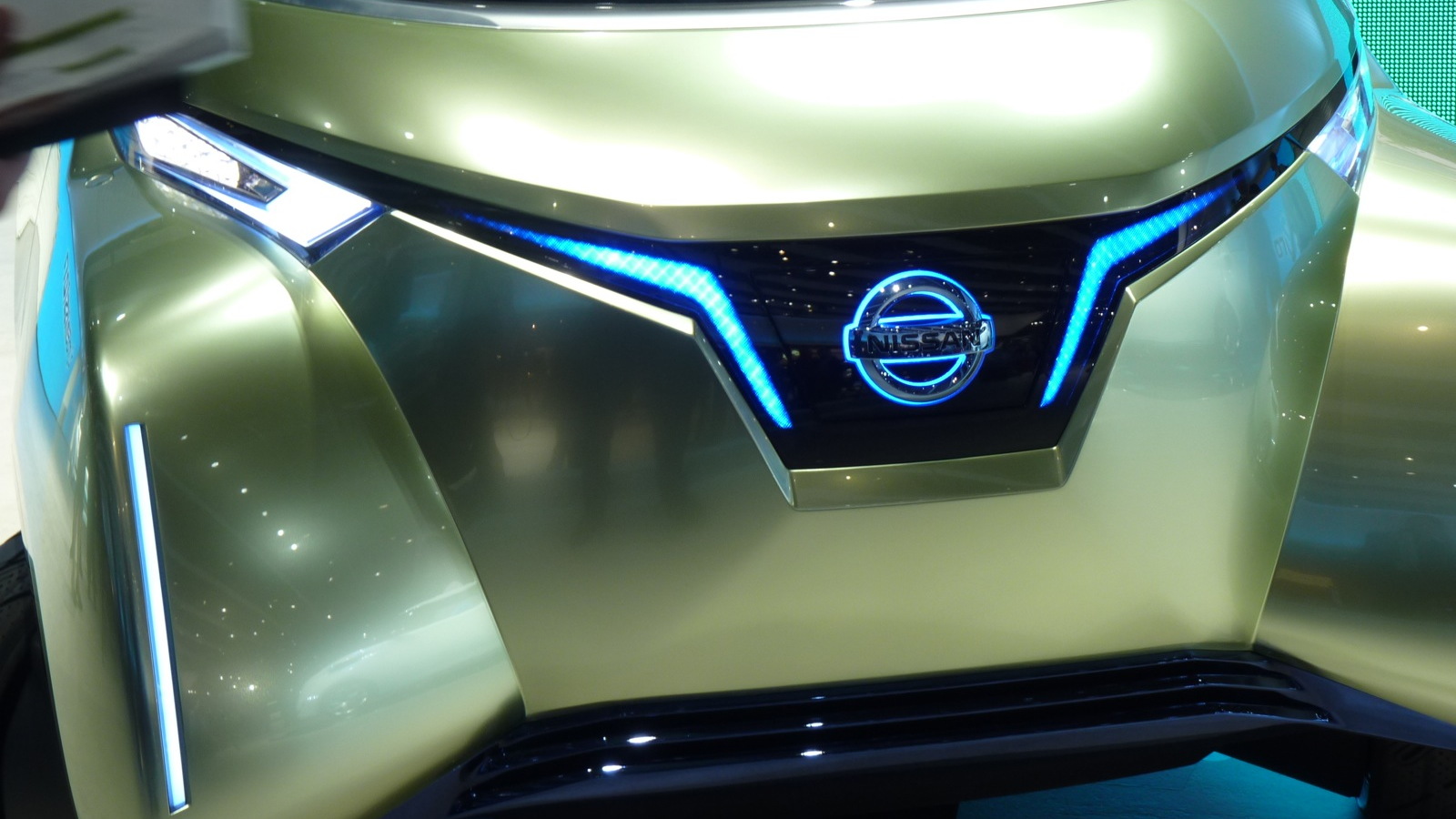 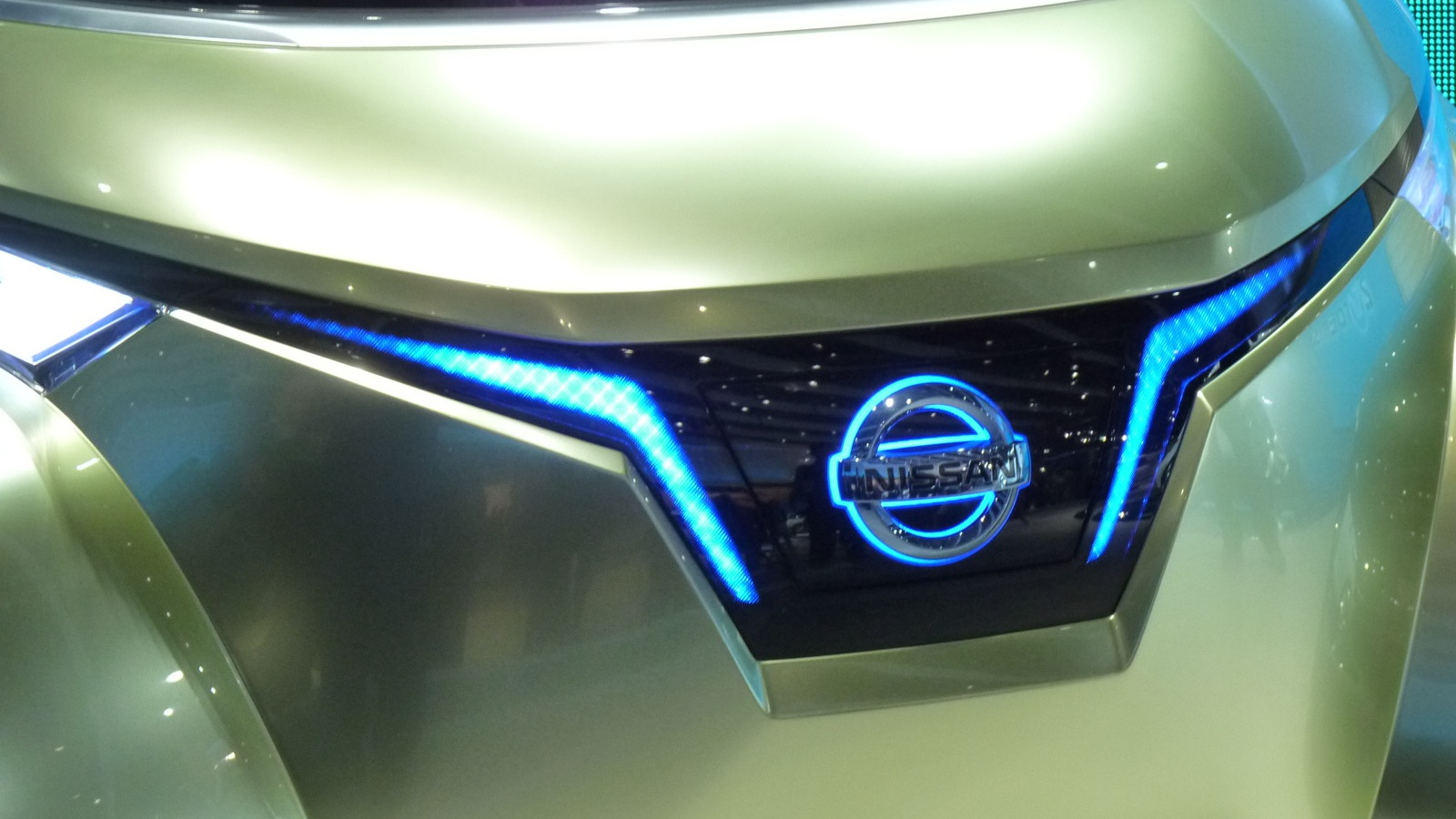 At first glance, Nissan’s Pivo3 concept from this week’s Tokyo Motor Show looks pretty wild: Seating is staggered, with the driver ahead of two passenger seats; wheel-hub motors provide power; and aggressively configured four-wheel steering that allows the nine-foot-long Pivo3 to U-turn on a seven-foot radius.

But if you filter out those weird concept-car ideas, what remains is a car that might herald a production all-electric minicar that could arrive in a not-too-distant future—for some of the world’s most space-constrained urban spaces, like Tokyo.

While the Pivo3 is a three-passenger minicar, what the ‘3’ in the name signals is that it’s the third concept-car iteration of the Pivo idea—standing originally for ‘pivot.’ The two previous iterations of the Pivo, including the last Pivo2, included far-out cabins that would pivot 180 degrees over their chassis components, but Nakamura commented that this two-piece solution doesn’t work with the cost and safety constraints of bringing such a car to production. Therefore with the Pivo3, Nissan moved the ‘pivot’ to the wheels—with four-wheel steering, which the automaker first offered in the high-performance (international-market) Skyline well over 20 years ago.

The Pivo3 concept makes the most of its tight turning ability with an automated valet system. Its sliding side doors make entry and exit easier for the tightest spaces.

But the Pivo3’s extreme four-wheel steering system is made possible only with in-wheel motors (CV axles simply wouldn’t allow the angles for this tight of a turning circle, Nakamura says). And the wheel motors themselves introduce an engineering challenge, as they add a significant amount of unsprung weight that brings a deteriorated ride.

In his introduction of the Pivo3 at Tokyo, CEO Carlos Ghosn said that the Pivo3 “features technologies that are going to be important for the future, particularly around urban cars.”

“In-wheel motors are a technology the company wants to realize in EVs,” said Nakamura, adding that the technology isn’t quite ready for a mass-production vehicle.

While those technologies wouldn’t make it through to production, many of the design elements still could. The styled fenders, long windshield and A-pillar, and slightly downsloping roofline—as well as the angular detailing—are all aspects that could carry through. The Pivo3 as a whole, he said, is a “more realistic, feasible concept.”

Another aspect that wouldn’t make it to the dealership, for safety reasons, is the Pivo’s unique staggered seating, in which the driver sits in the middle of the car—which makes it easier to drive, Nakamura says—and the two passengers sit far outboard, with their legs alongside the driver.

While we don’t think that the Pivo3 will reappear in this form, we have a feeling this idea isn’t going away; look for some design attributes from this concept to reappear soon at another major auto show.

And see below for a full walkaround with Nakamura talking about each of Nissan’s Tokyo concepts.