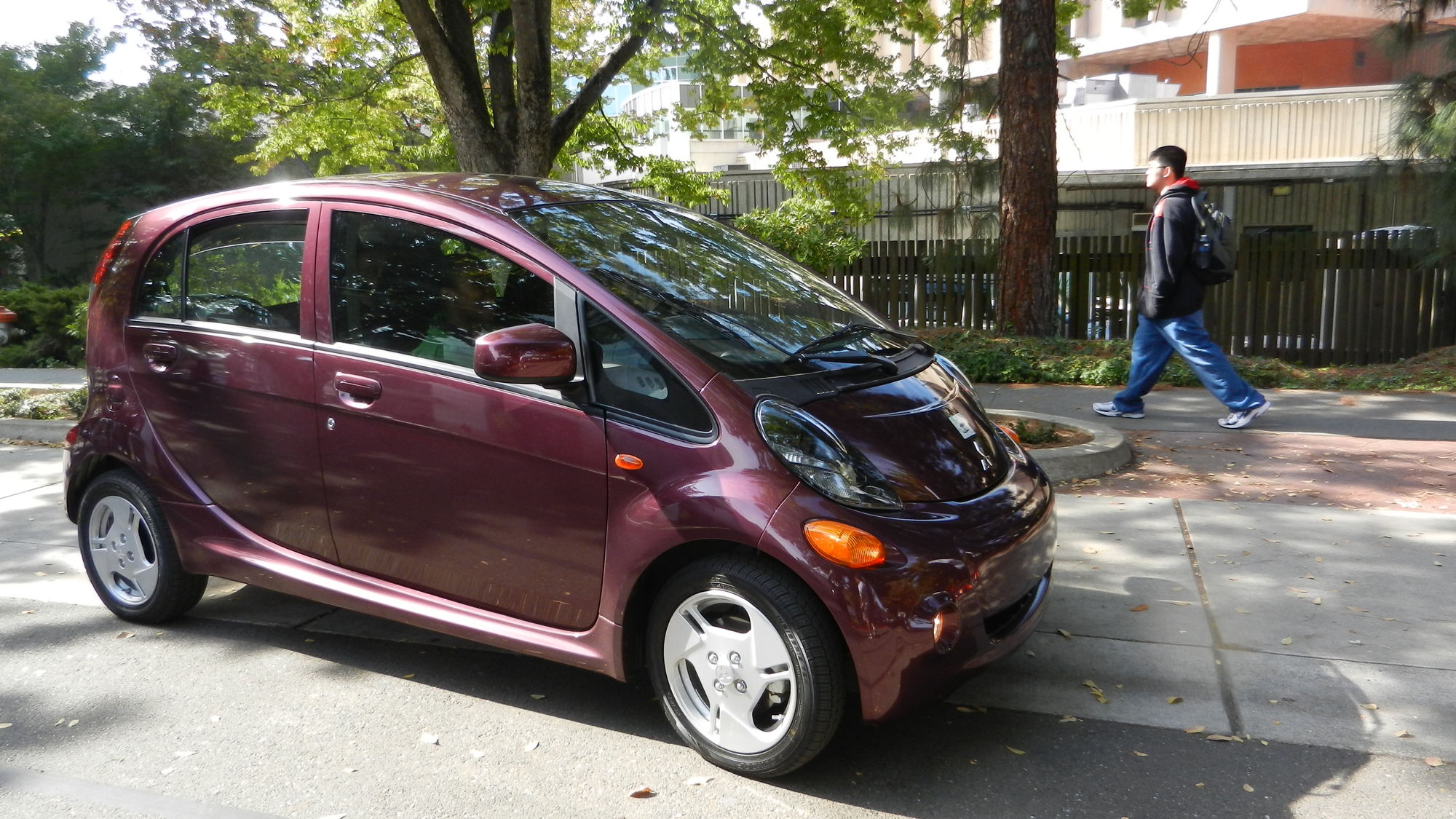 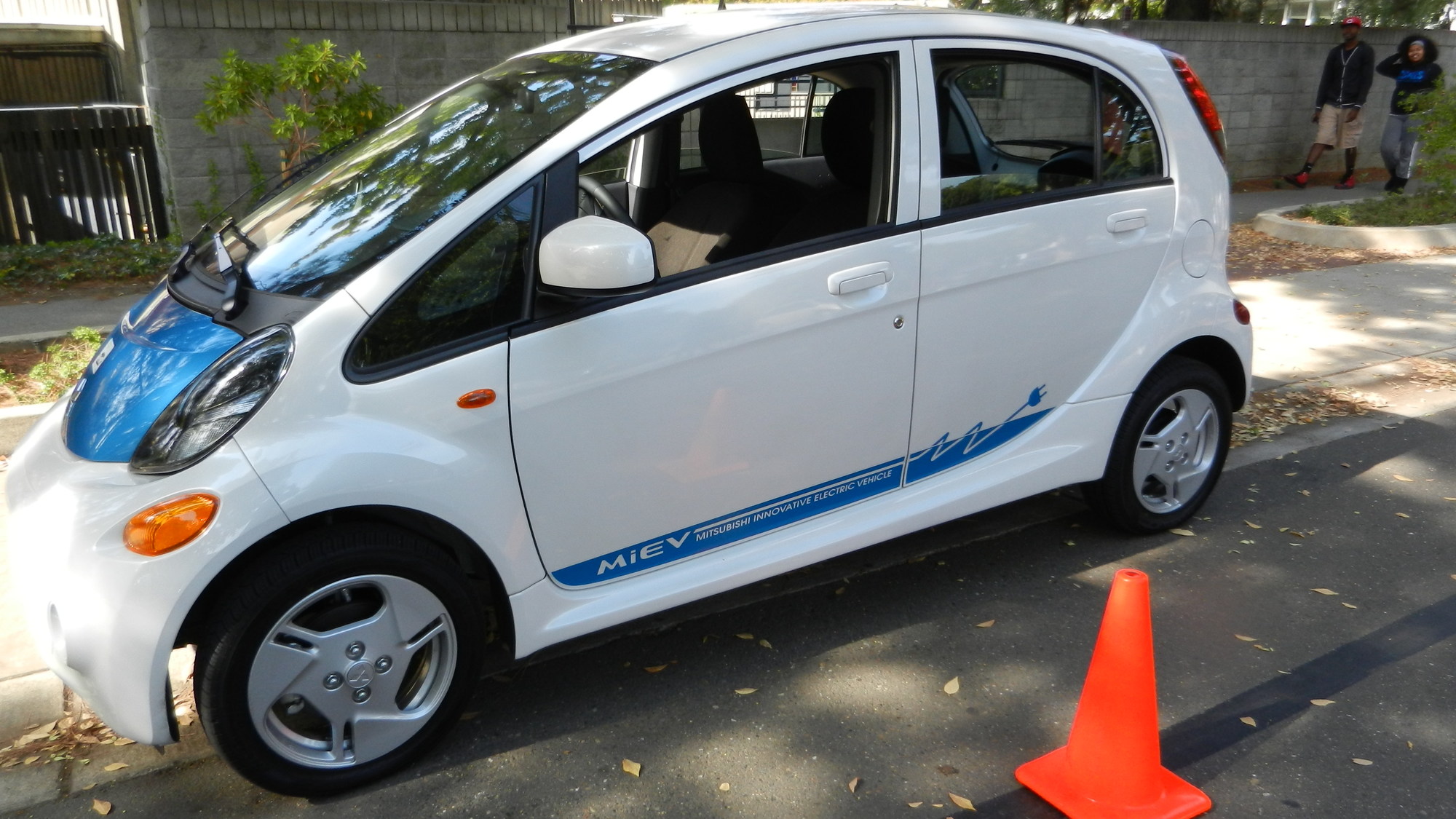 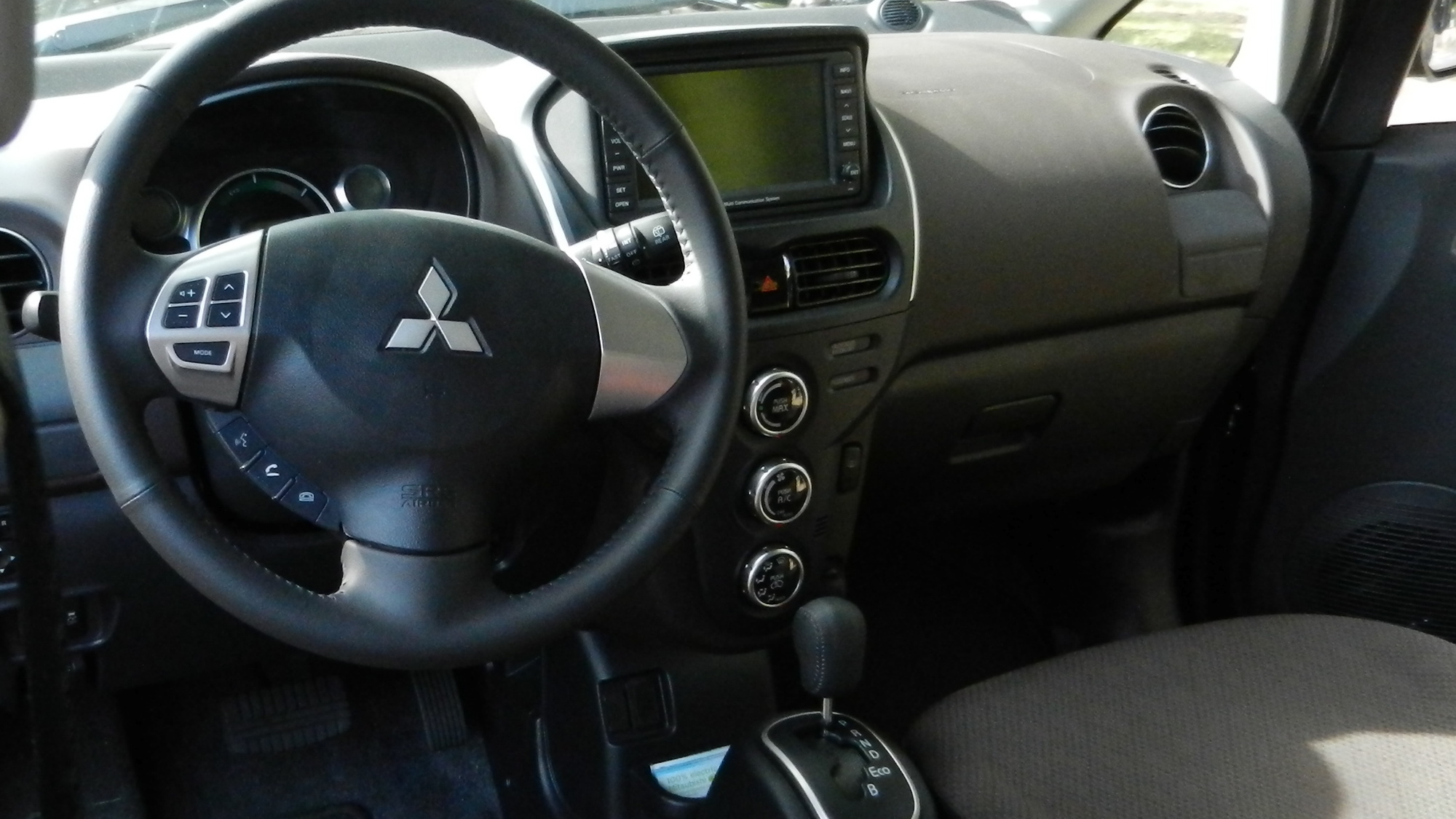 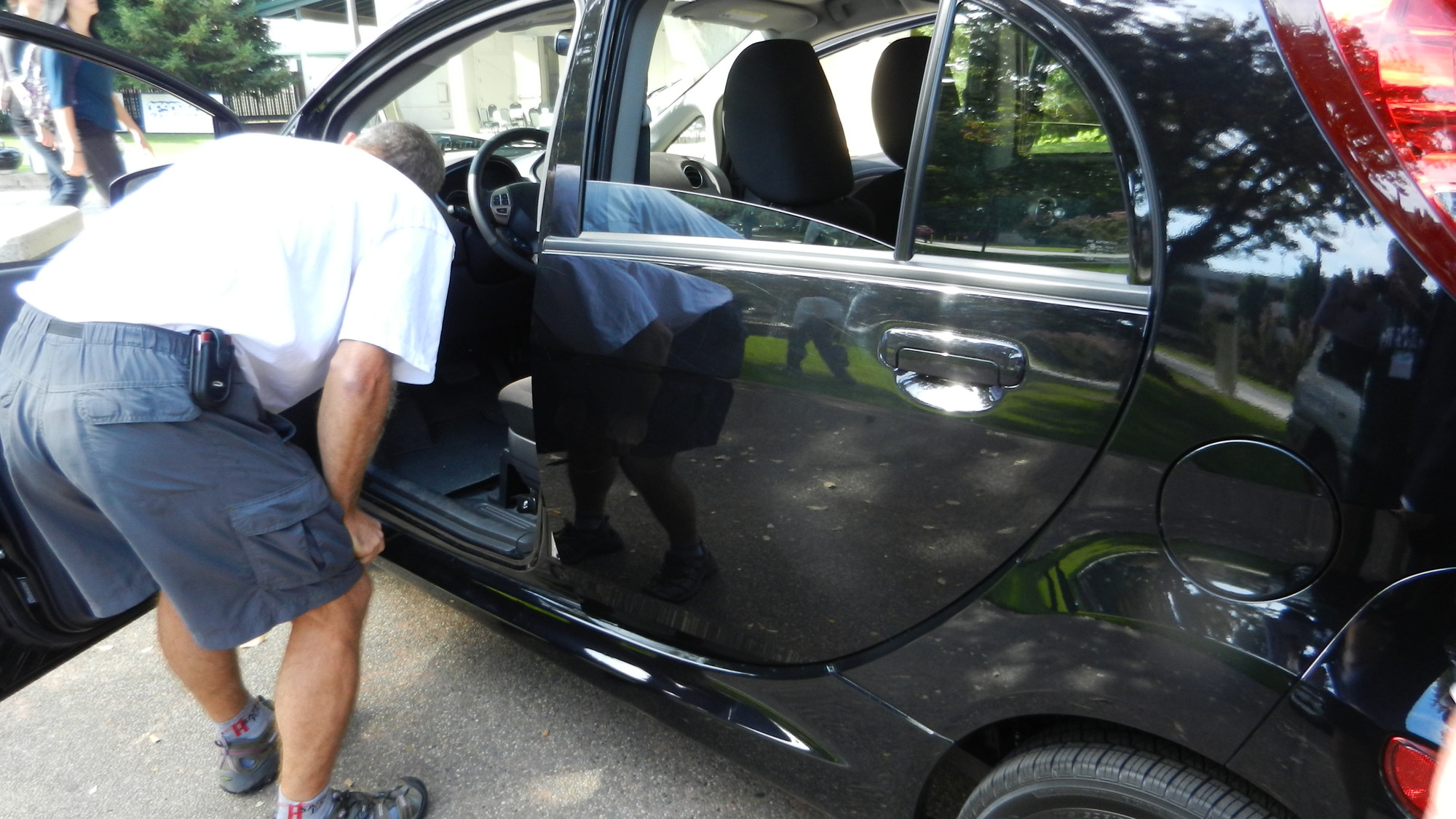 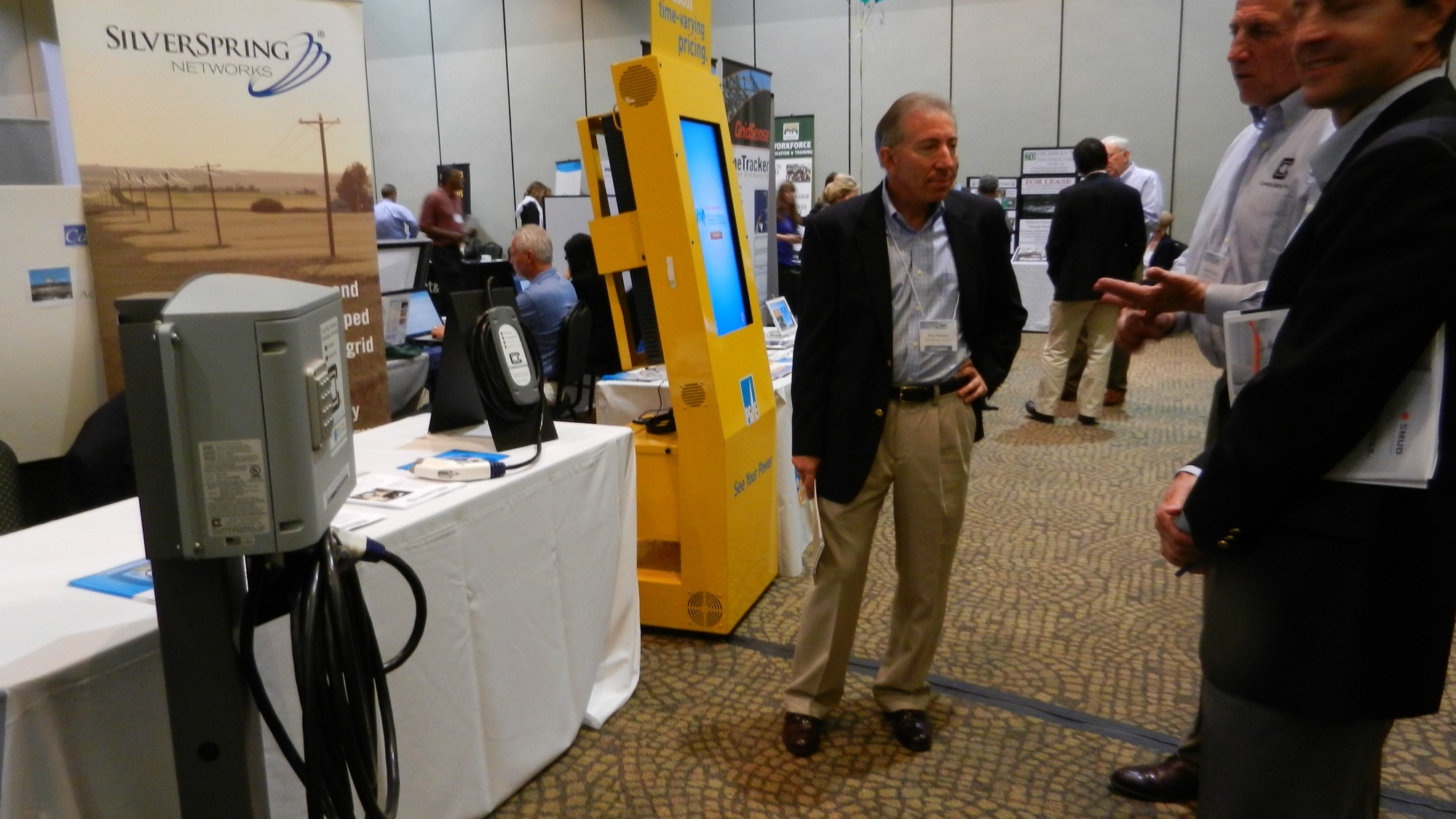 The Mitsubishi “I” electric car will go on sale in parts of the U.S. before the end of 2011. Eager customers have already placed deposits to confirm their orders.

Now, to promote awareness of this new option in fully emission-free motoring, Mitsubishi is showing off pre-production “i” models in a touring roadshow that will visit several cities in early rollout regions. It hauls the demonstration drive cars around the country in a large van that includes generator-driven charging stations.

The “i” Roadshow recently visited Davis, California, for National Plug-in Car Day. It then spent much of the following week at various sites around the Sacramento area.

Test drives were provided from 10 am to 6 pm, and conference attendees and students took advantage of this chance to experience clean electric personal transportation.

Mitsubishi showed its “i’ in black, red, white, and two-tone colors, and provided a young and enthusiastic staff to answer questions and supervise the test drives.

There is adequate room inside for four passengers, or two can fit in the front seats with the rear seats folded down for more cargo capacity.

The Mitsubishi “i” is smaller than the Nissan Leaf, so it will be easier to park, and its smaller battery pack (with only a bit less actual range) means less time and cost for recharging.

The “i” does not include the proximity locking and unlocking that is standard on the Leaf, and it does not offer tilt adjustment on the steering wheel, but the driver’s seat height adjusts via a manual handle.

Drivers seeking a totally electric commuter vehicle may find the 2012 Mitsubishi 'i' a suitable solution to their needs. Compared to the Nissan Leaf, the Mitsubishi is about $5,000 less in its basic configuration (no GPS, no DC quick-charge port). That may be all that you need for a 60 mile or less daily commute.

The Mitsubishi “i” qualifies for the Federal $7,500 tax credit and, in California, a $2,500 state cash rebate. So, after these incentives, a base “i” at $29,125 may cost the buyer less than $20,000, according to Mitsubishi representatives at the roadshow. Other regional, local, and corporate incentives may be available as well.

If you're in California (and a few other areas), stay aware: The Mitsubishi “i” Roadshow will likely be coming to a dealer or community event in your area in the near future.