Despite its lower base price of $39,995, the second model year of the Volt has less standard equipment--known as 'decontenting'--which we presume slightly decreases GM's loss on every Volt it sells.

But the new 2012 model includes some additional updates, with a number of “subtle changes” that have been outlined by Corvette Guy, a dealer representative active on the Chevy Volt forum.

The biggest change for 2012 is the passive keyless entry.

Many 2011 Volt early adopters were shocked to learn they had to activate their key fob to lock and unlock the car, even though once the Volt was fully unlocked, starting it used a simple dash button--meaning the proximity sensor for the fob was already built in.

Since a significant percentage of Volt early adopters had been Prius or Camry Hybrid owners--and those cars had full passive keyless entry along with push-button start--the 2011 Volt entry process was roundly criticized. This has been corrected for 2012; there is now keyless access on all four doors, according to Corvette Guy.

Inside, the driver display screens have been tweaked for better feedback. The main driver display can now show navigation instructions in the multifunction area between the two round gauges, and the center display shows kilowatt-hours used as the battery discharges. 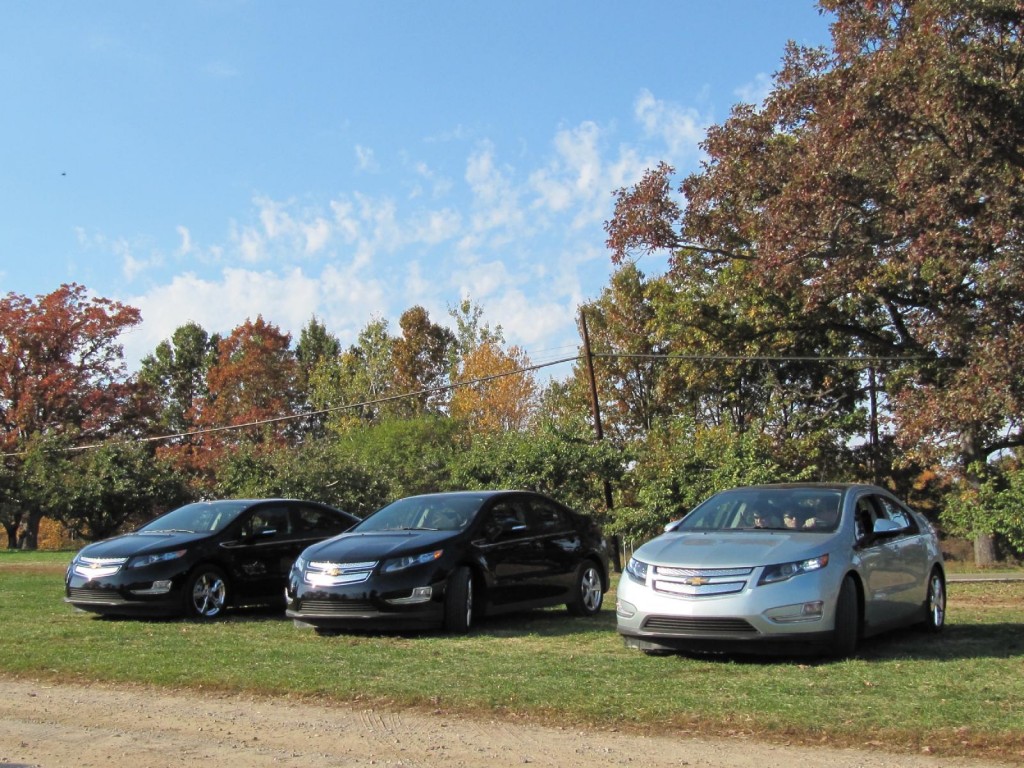 For the 2012 Volt driver who wants a more spirited and involving driving experience, it is now possible to turn off the traction control system.

Finally, the 2012 Volt adds another reflective element in the rear light area. It's a very minor design element, but it will make the car more visible when parked at night.

What remains to be discovered is when the 2012 Chevrolet Volt will meet the California AT-PZEV standard. GM has said that it will do so, but despite our repeated queries, has not said when this will occur--or whether there will be an additional charge for Volts that meet the Golden State's requirement.

Without cleaning up the emissions and conforming fully to California’s demanding plug-in vehicle standards, the 2012 Volt will not qualify for the $2,500 California rebate or similar concessions on offer from other states that follow California’s lead in these specifications.

And perhaps most important to commuters in crowded Los Angles or San Francisco suburbs, it won't be eligible for the sticker that lets plug-in drivers use High-Occupancy Vehicle lanes with only one person inside.