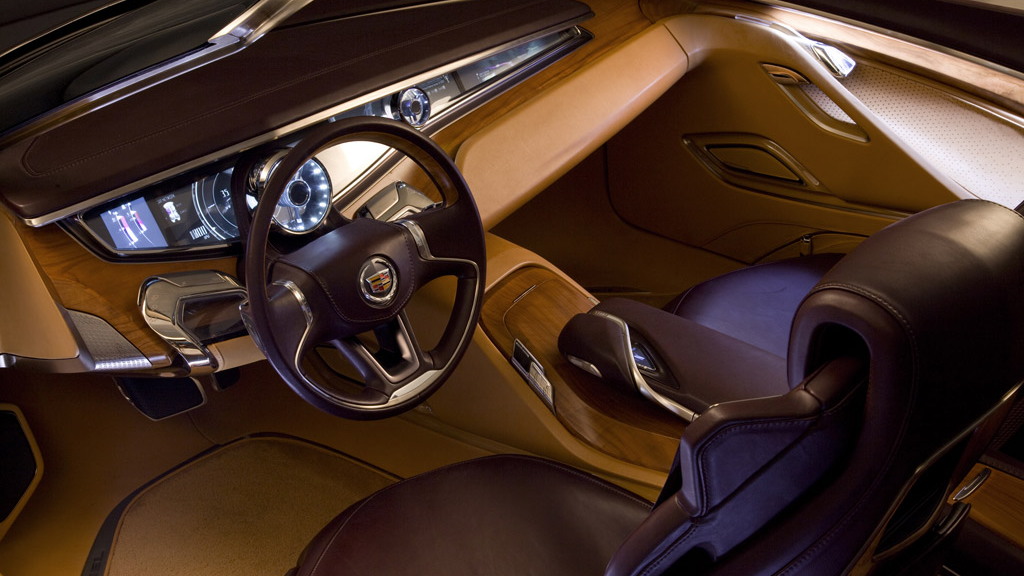 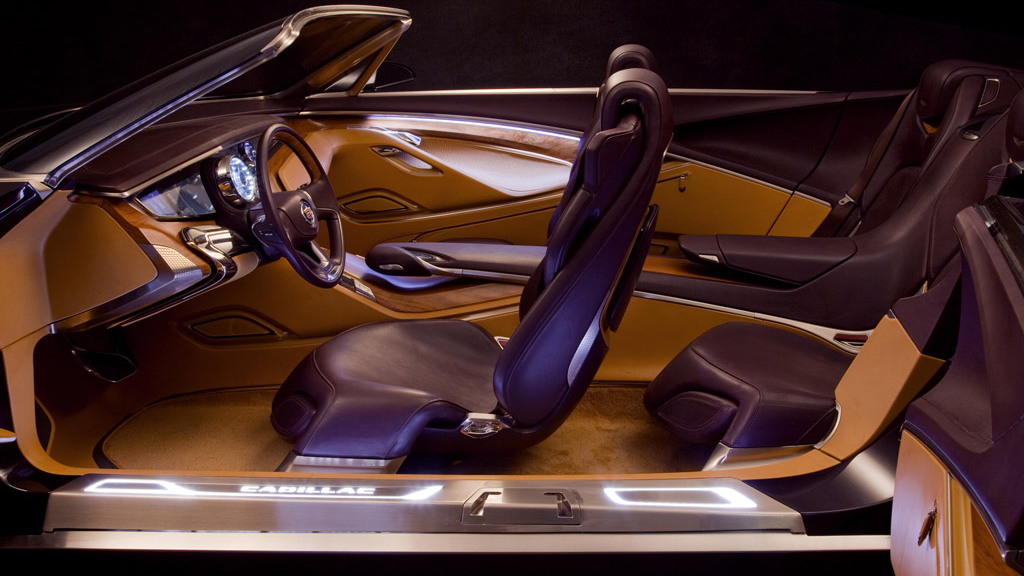 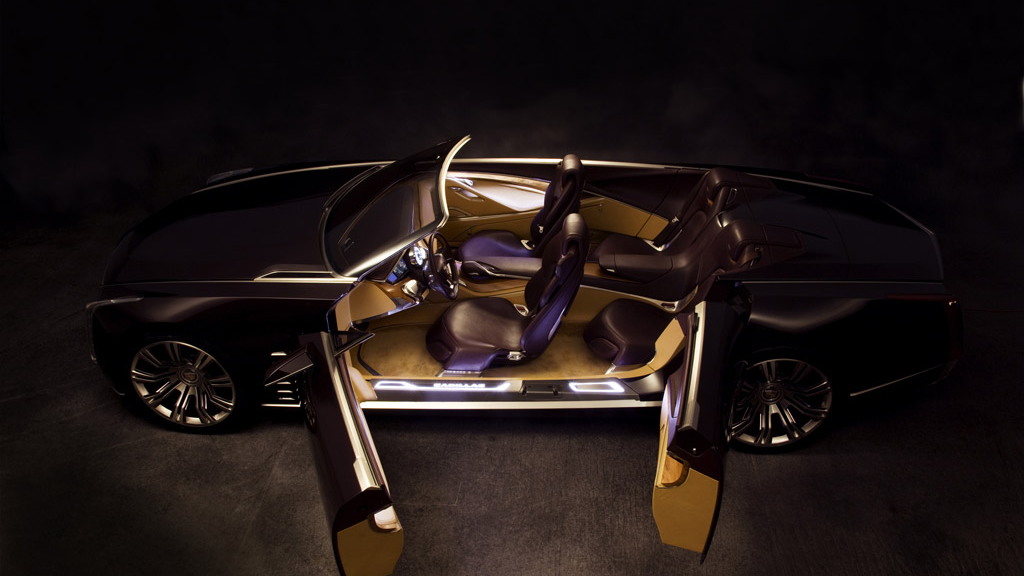 Last night at an event before the Pebble Beach Concours d'Elegance in Carmel, Cailfornia, Cadillac unveiled its Ciel concept car, which it calls "an open-air grand touring car."

Under the sleek, imposing lines, the all-wheel-drive Ciel four-seat convertible is powered by a 425-horsepower, 3.6-liter V-6 engine with twin turbochargers.

That engine, says GM, is paired with a hybrid system that uses a lithium-ion battery pack.

So far, so good. Another General Motors concept with a hybrid powertrain. But what is it, exactly?

The first thing to note is that GM has released essentially no details about the hybrid technology. The 3.6-liter V-6 is a current and well-known GM engine used in multiple vehicles. But beyond that, the sole information is "hybrid with low-speed all-electric drive."

Instead, the press information focuses largely on the styling, the rear-hinged rear doors, the olive wood interior, the Cabernet paint color and nickel-plated trim, the pull-out blankets for the three non-driving passengers, and the Ciel's "celebration of open-air motoring."

[UPDATE: "We are in the realm of concept," Cadillac's David Caldwell wrote in response to our questions, "so the mechanics of what kinds of systems and advancements deep within the engine and propulsion system are not what we're communicating just yet in detail."

He added that the powertrain "reflects the basic idea that large luxury cars are not necessarily going to have the biggest conventional engines; they will be progressive in ... technology, while also having power ... desirable for cars of this kind."

"But the powertrain is not the main aspect" of the Ciel concept, Caldwell concluded. "It's more of a supporting player."

In other words: "We're not going to tell you, but please focus on the styling and appointments."]

Our best guess is that the Ciel--or more likely, a full-size four-door sedan derived from it, if it goes into production--is using the next generation of GM's Two-Mode Hybrid system. The current Two-Mode is now offered only in full-size sport utility and pickup trucks, with total sales well below 10,000 hybrids per year.

That system, while it's technically impressive and saves a huge amount of fuel, is breathtakingly expensive to build--by some estimates, it costs as much as $20,000. The new system (whether or not it's called Two-Mode) will have to be far, far cheaper to be built in volume.

The new system will be launched in 2014, or thereabouts. It may or may not go into any production car derived from the Ciel, although as a source inside GM told us, "Given the realities of CAFE, some hybrid variant [of a production Ciel] seems likely."

Not the FWD Two-Mode

GM's new hybrid system is not, however, the front-wheel-drive adaptation of the existing Two-Mode Hybrid that was slated for the Cadillac SRX crossover, before that project was killed in May. Instead, it's an all-new, next-generation design--and should be built in far higher volumes.

This could all change, however.

Our source ended the conversation with the warning that, "Everything has been in so much flux under [GM CEO] Akerson that anything can change."