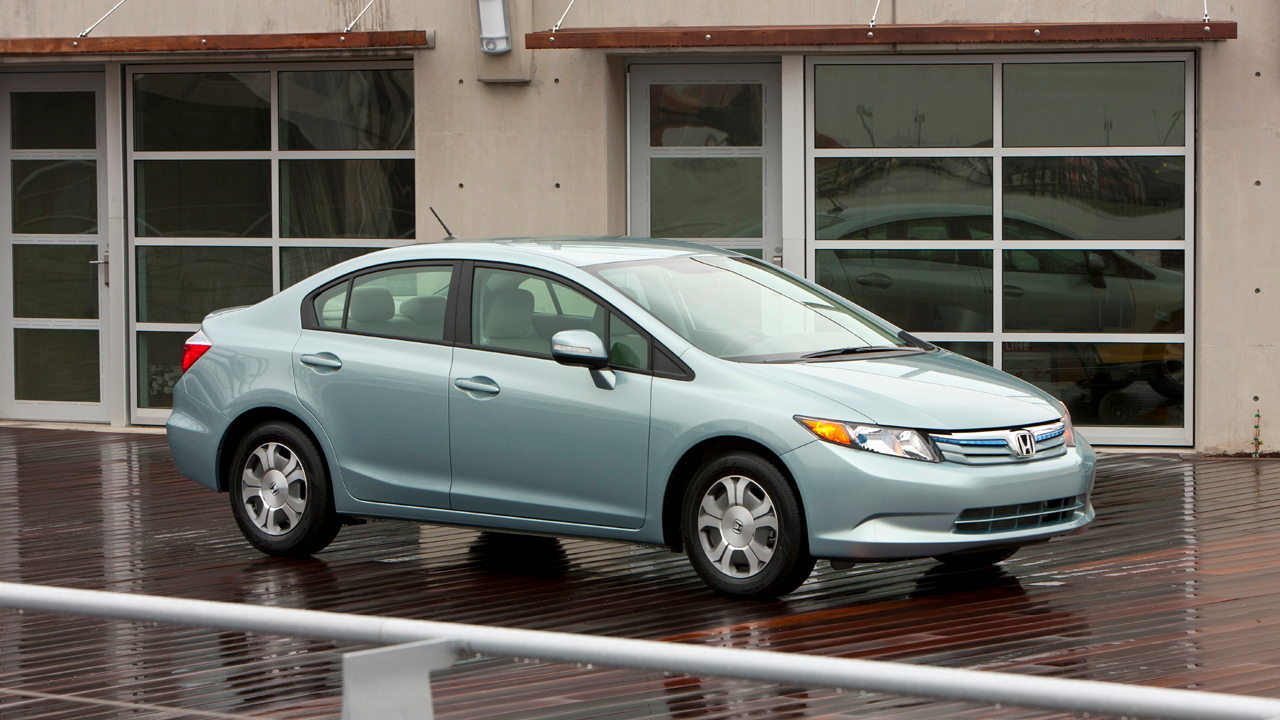 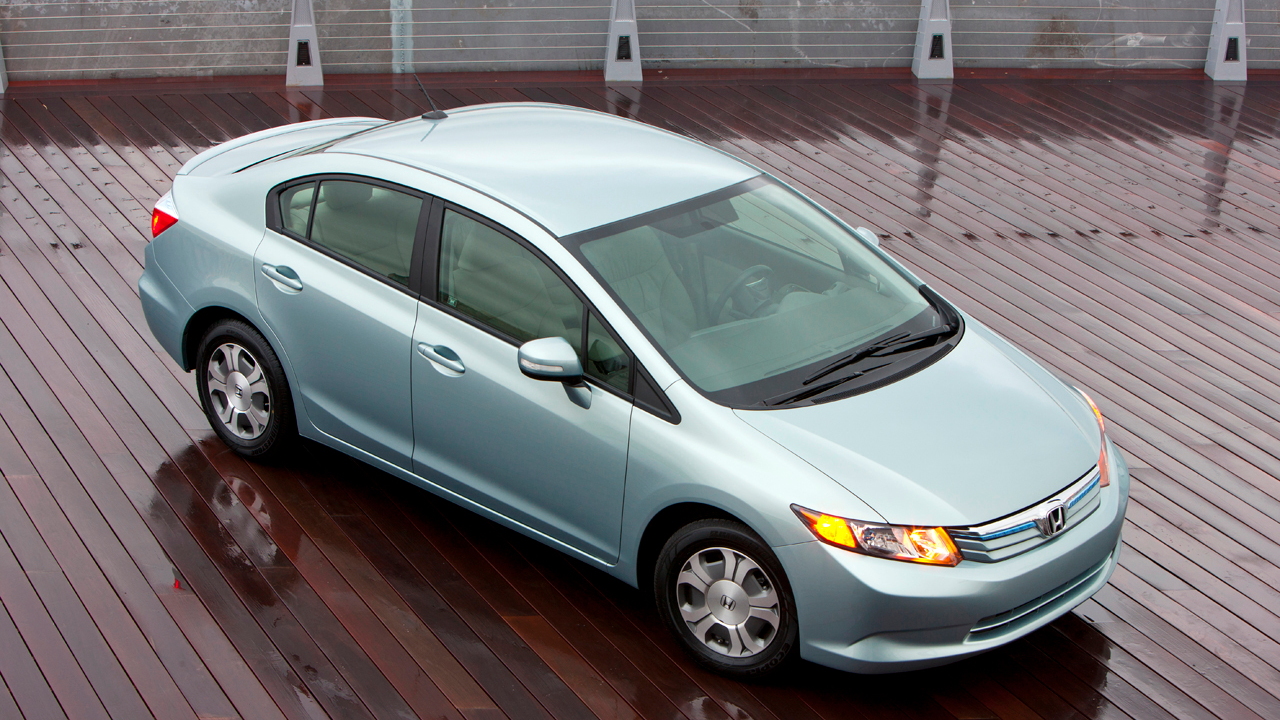 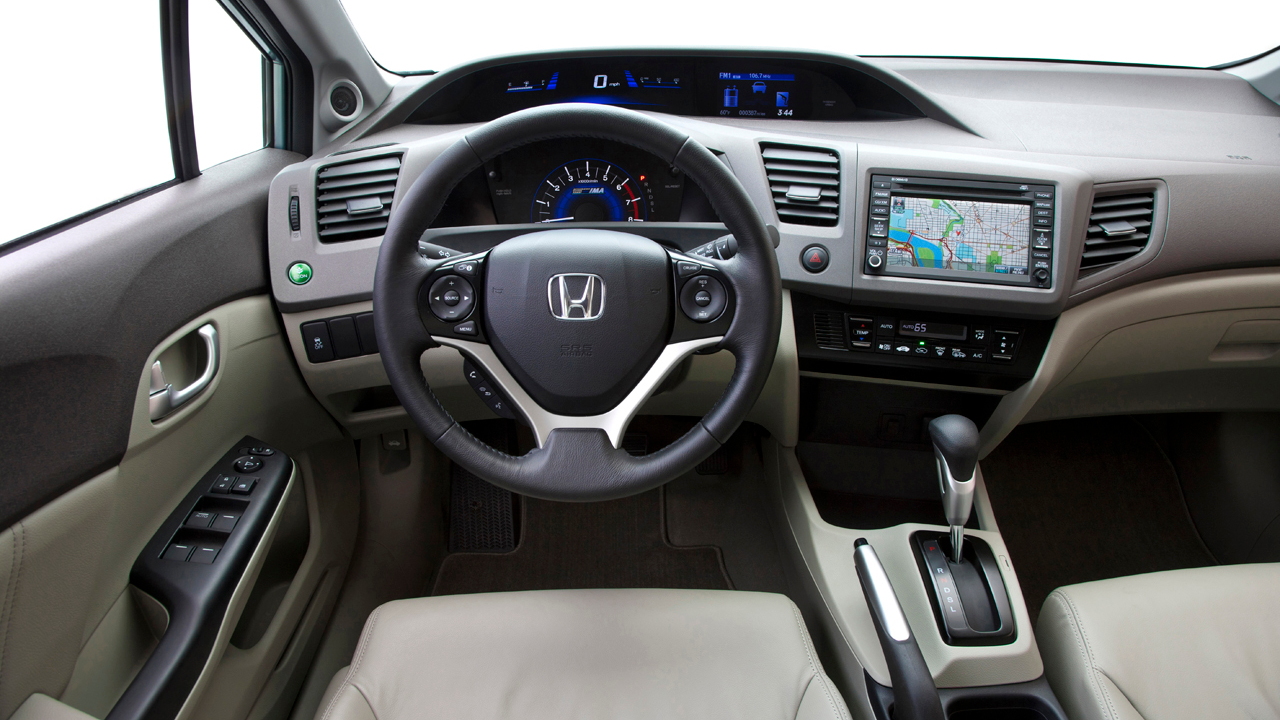 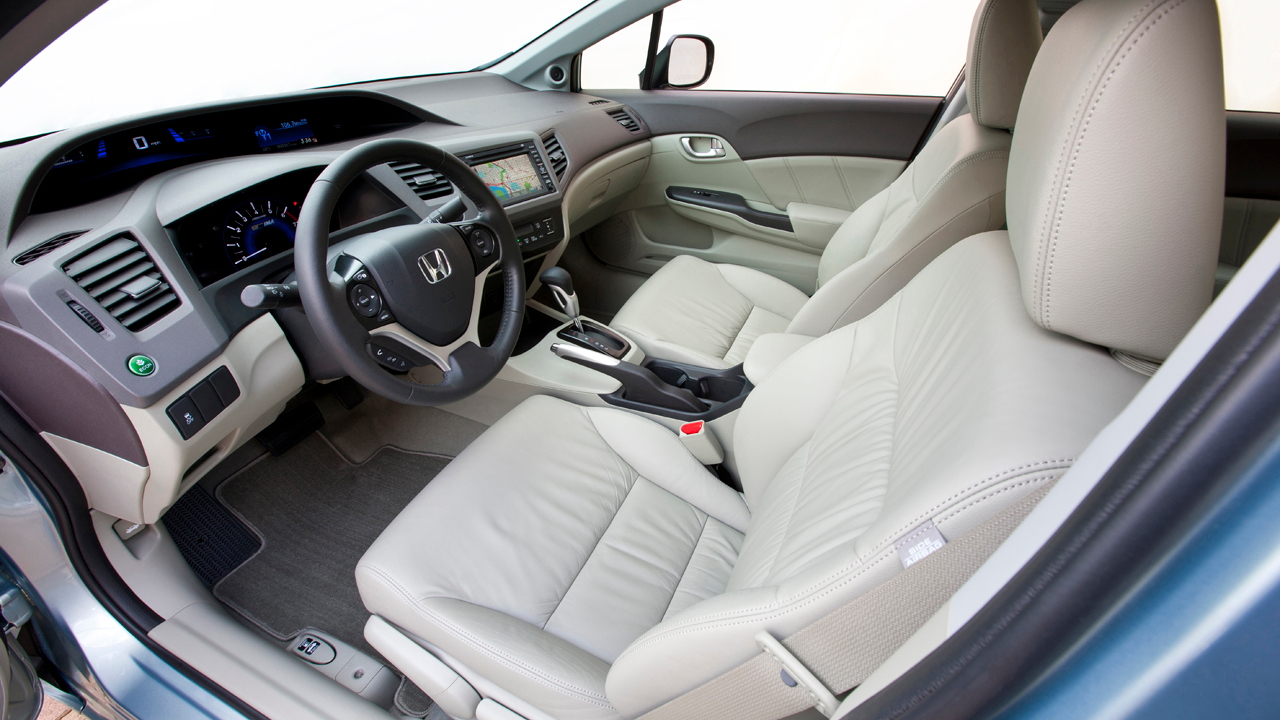 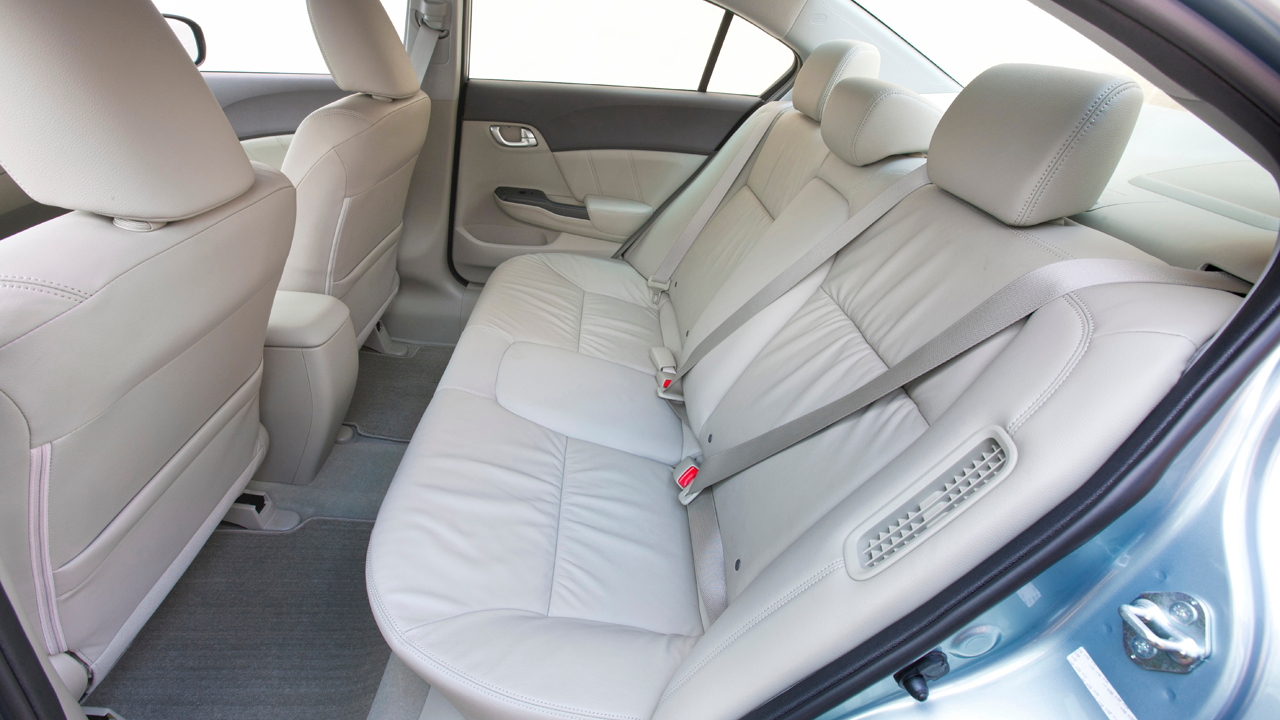 The highest gas mileage in the entire lineup comes from the 2012 Honda Civic Hybrid. Honda projects it will achieve 44 mpg for each of its three EPA ratings: city, highway, and combined mileage.

It uses a smaller engine (1.5 liters) than the one fitted to other Civic sedans, mated to the latest generation of Honda's mild hybrid system.

For the first time, Honda has fitted a lithium-ion battery pack, rather than the older and less energy-dense nickel-metal-hydride packs it's used in every hybrid it has built until now.

The video below introduces you to the new Civic Hybrid, with a walkaround, a discussion of the technology, and highlights of several of its unique features.

We had a chance to drive the 2012 Honda Civic Hybrid before its New York launch., and found it shares the usual Honda virtues--good handling, fun-to-drive character--and deliver better observed mileage.

We were less excited by the interior plastics and the unadventurous styling.

In our pre-production model, we observed a bit of stumbling and occasional rough spots as the regenerative brakes, the engine, the continuously variable transmission (CVT), and the 15-kilowatt electric motor swapped power among the different components.

The brakes felt occasionally irregular during quick cycling from acceleration to braking and back, the kind of use that might occur in turbulent traffic. We suspect Honda will continue to fine-tune the software that coordinates the hybrid system, engine, and braking.

We will soon have a 2012 Civic Hybrid to test for several days, and we hope to bring you fuller driving impressions then.

Meanwhile, let us know what you think: Give us your feedback on the video in the Comments section below.