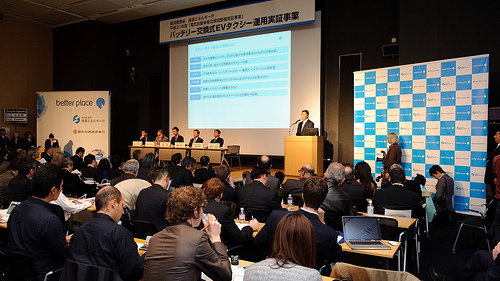 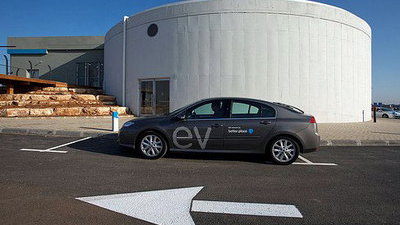 What’s the best way to ensure that your electric vehicle technology gets adopted by as many consumers as possible?

Take it to China, of course.

That’s exactly what electric car infrastructure firm Better Place has done, with the announcement that it has signed a strategic agreement with the world’s eighth largest utility to provide battery swap stations in the area of China serviced by China Southern Grid (CSG).  [Edit to clarify information  -The deal comes hot on the heels of an announcement made by the world's largest utility company, the State Grid Corporation of China detailing plans to install 2,300 battery switch stations by the end of 2015.]

"China Southern Grid is an important partner in a huge market that is moving quickly toward the mass-market development of electric cars and is embracing battery switch as the primary means of range extension," Better Place Founder and CEO Shai Agassi said at the signing ceremony in Guangzhou province. "Our collaboration with China Southern and the support of the Guangzhou government open the door to new opportunities for switchable-battery electric cars made by Chinese manufacturers for the domestic and export markets."

The support Agassi references is well beyond anything he could hope for in North America. Under the accord, the Guangzhou government will ‘encourage’ local automakers to build electric cars that are compatible with the Better Place swapping stations, meaning locally produced electric cars which can make use of the stations and extend the daily range of electric cars in the area.

Of course, there are other advantages too. By making compatible cars locally, the Guangzhou government helps stimulate economy and ensures manufacturing costs can be kept low.

In addition to encouraging automakers to make cars with compatible fast-swap packs, the agreement also promises to promote the use of electric vehicles in fleets within the province, from taxi firms through to public-sector vehicles.

The metaphorical jackpot outlined in the agreement could transform Better Place from an expensive and under-used technology into something that could then be rolled out worldwide at much less cost.

After all, with 230 million potential customers, Better Place could soon become as ubiquitous as the gas pump for Chinese electric car owners.