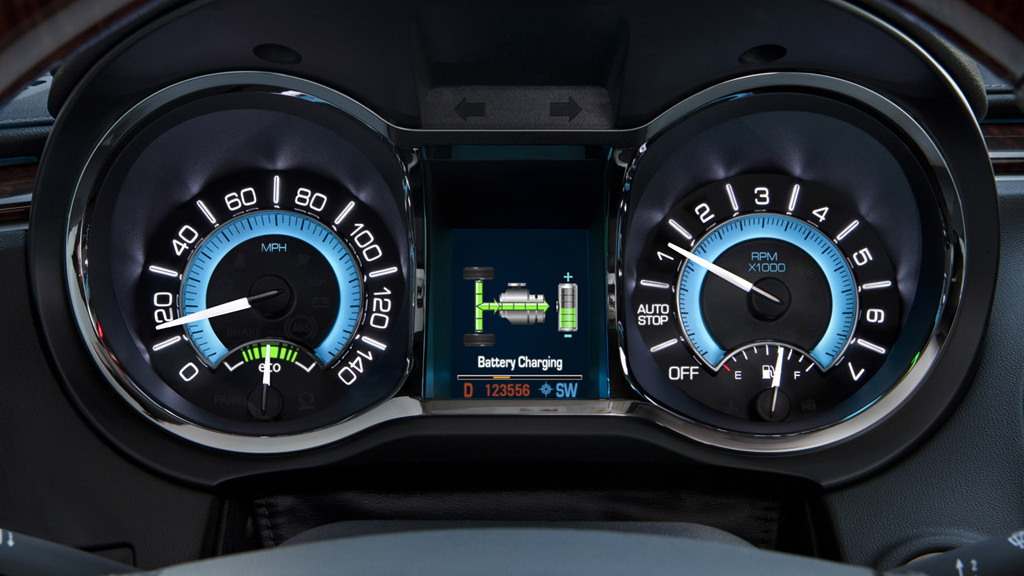 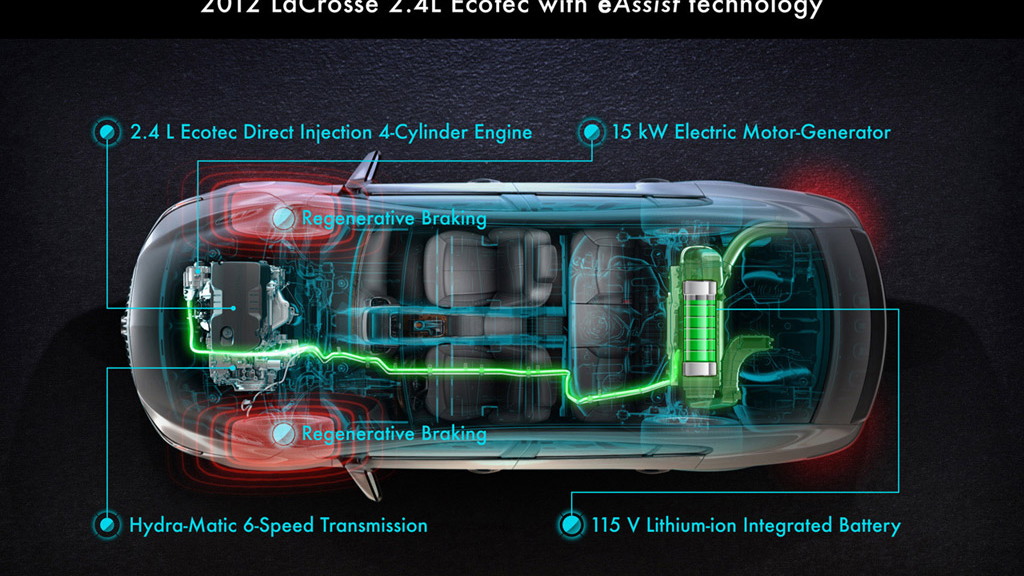 Buick plans to add its eAssist mild-hybrid system to the 2012 Regal sedan as an option, making the Regal its second model to offer the mileage-increasing system. According to trade publication Ward's Auto, Buick will introduce the option at the Chicago Auto Show next week.

Last November, General Motors said the 2012 Buick LaCrosse sedan would offer eAssist as a standard feature on the 2.4-liter four-cylinder engine. On that car, the system boosts EPA mileage ratings as much as 6 mpg in the city and 7 mpg on the highway against this year's four-cylinder model.

For cost reasons, however, eAssist will be offered as optional equipment on next year's Regal, rather than standard. That reflects the Regal's lower base price and higher EPA mileage ratings. GM has not said how much it will charge for the eAssist option on the 2012 Regal.

The eAssist system is GM's second attempt to launch mild-hybrid technology. The first version of the system, offered as an option on Saturn Vue and Aura models, and also the Chevrolet Malibu, was hit by leaky nickel-metal-hydride batteries that forced replacement of 7,000 packs and delayed the rollout of addiitonal models using the system.

It also didn't give enough of an improvement in gas mileage to compete with the combination of a four-cylinder engine and six-speed automatic transmission offered in the same models. The last Malibus with the old system were built for the 2009 model year.

The new system, rebranded eAssist, uses a lithium-ion battery pack and a much more powerful electric motor-generator (15 kilowatts versus 5 kW for the first generation).

And eAssist produces notable mileage gains, on the order of 25 to 35 percent: Final ratings for the 2012 LaCrosse with eAssist are expected to be 25 mpg in the city and 37 mpg on the highway, against 19 city, 30 highway for the 2011 model with the same engine.

That kind of improvement makes eAssist a core technology for GM if it is to meet increasingly stringent corporate average fuel economy standards for its 2012 through 2016 models.

Those rules, jointly announced last spring by the EPA and Department of Transportation, raise the level steadily to a corporate average of 34 mpg by 2016.