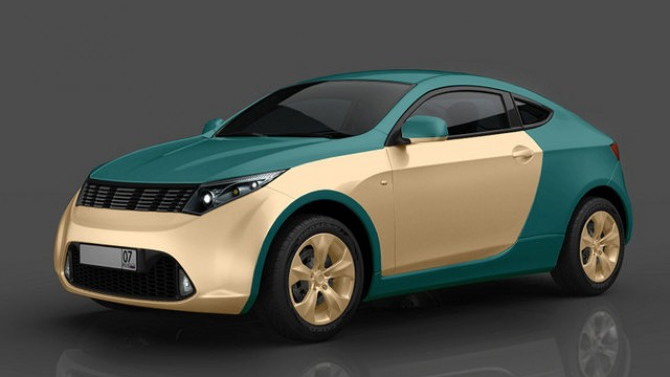 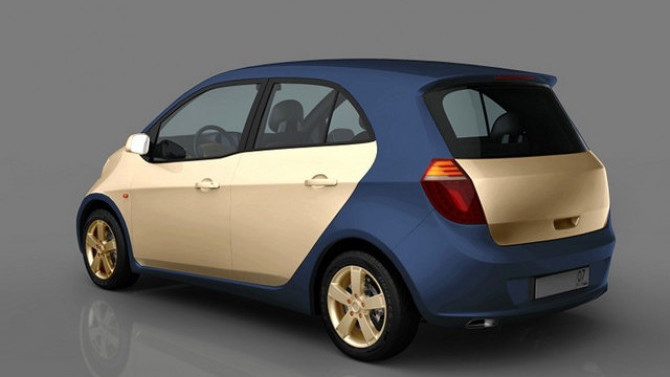 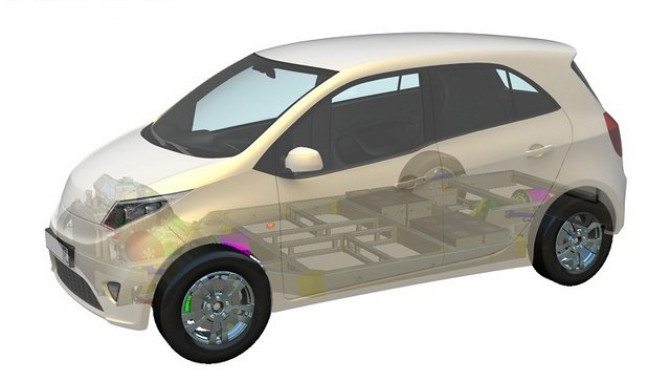 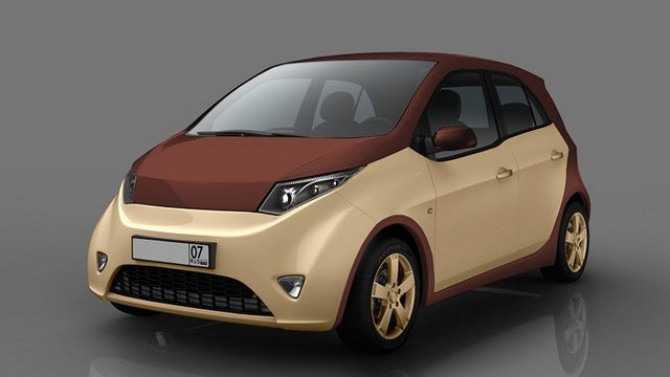 It plans to build natural-gas powered hybrid electric cars--distinguished by standard two-tone paint, no less--dubbed, for now, the City Car.

The Prokhorov City Car isn't the first-ever natural-gas hybrid; that title goes to a Toyota Camry CNG Hybrid concept car unveiled in 2008. Toyota's midsize show car married a natural-gas powertrain to the company's Hybrid Synergy Drive system. Whether Toyota chooses to build it or not is another question entirely.

But Russia's take on the idea is new, to a degree: The City Car is designed to weigh in under 1,500 pounds, meaning its likely to be compact sized at most, perhaps even smaller.

It will accelerate to 60 mph in somewhere between 8 and 14 seconds, and deliver 65 mpg with a maximum speed of 74 mph--all in a choice of hatchback or "sportcross" body styles.

The City Car is backed by Prokhorov's Onexim investment group and bankrupt Russian truck manufacturer Yarovit, along with support from the CEA, Russia's energy agency. Strange bedfellows for a strange car?

The City Car itself remains largely a mystery beyond the questionable two-tone paint job and its yet-to-be-finalized name. Which, by the way, will be crowd-sourced, based on votes on the CityCar website (hosted, perplexingly, on LiveJournal). The site's last posting, unfortunately, is more than two weeks old.

The Russian company clearly wants its car to be viewed in the same light as some pretty lofty offerings. Its website shows the two-tone CityCar coupe lined up amidst a row of luxury and sports vehicles, including a BMW X6 (built, of course, in South Carolina), an Audi TT coupe, and an Infiniti EX.

Despite that, the CityCar may be aimed more at buyers in its domestic market than those in the viciously competitive global luxury market. Wired quotes Prokhorov: "Today the main thing that we want to declare is that the car will really be RUSSIAN!"

Meanwhile, the only natural-gas car of any kind sold in the U.S. today is the 2011 Honda Civic GX, which is sloooooowly expanding into new markets, in this case Oklahoma.

Where the wind comes sweeping down the plains. Just like Siberia.

See? It all ties together.