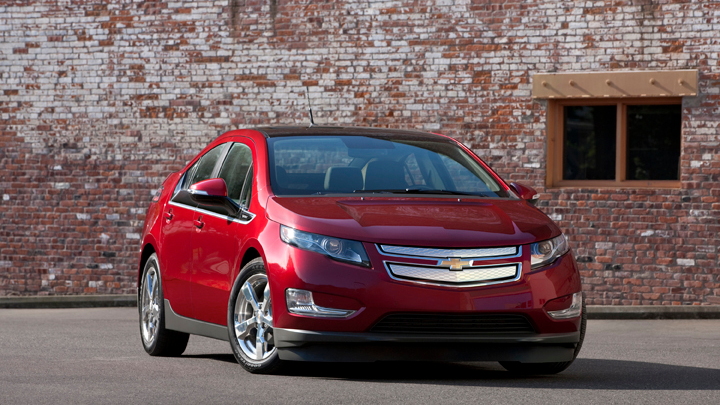 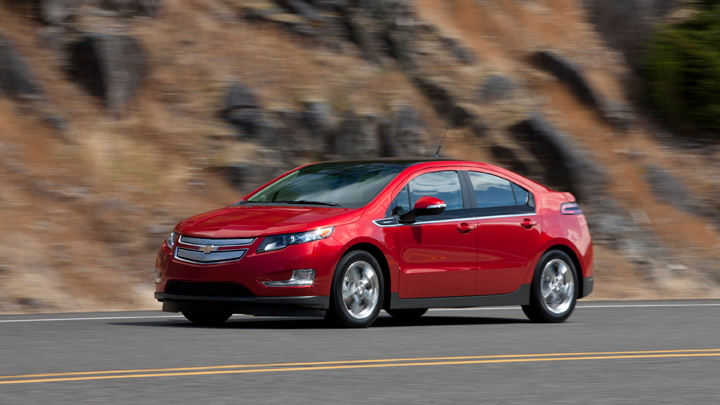 If you follow AllCarsElectric with any regularity, you might just be familiar with a certain new Chevrolet known as the Volt.

We've probably mentioned it at some point...

Well, the 2011 Chevrolet Volt is now here and our partner site GreenCarReports has been putting the car through its paces at the launch event. They've also been discovering the similarities between the Volt and the rather larger Chevy Tahoe Hybrid, and giving you a chance to ask questions about the car which will be answered in an upcoming feature.

It's not just about the driving though - GreenCarReports has also discovered the link between the advanced Volt and the seemingly much less advanced 2010 Chevrolet Tahoe Hybrid.

The most immediate similarity is that the Volt shares the same casting as the Tahoe Hybrid to house the electrical components. Below the skin though the similarities are more important. Though GM has been saying since the first concept that the Volt would be a series hybrid, with no mechanical connection between the range-extending combustion engine and the wheels, this isn't quite the case.

As it turns out, the engine has a mechanical connection to the generator and can drive the wheels directly through a planetary gear set in the Voltec electric drive system.

So though not quite the same as the two-mode hybrid system utilized by the Tahoe, the Volt does appear to be more of a parallel hybrid than Chevy were initially letting on.

Still, as the proof of the pudding is in the eating, so you can only get a good impression of a car by driving it.

Luckily, the production Volt is apparently quite a nice drive, and John Voelcker who has been testing the car even described the experience as "fun", a trait unlikely to be shared by the Tahoe.

Having been in constant development since the first drives a few months back, the engineering team has made various improvements and electric running is smoother in the production version than it was in the development cars.

GreenCarReports also discovered that it's quite possible to beat the quoted 40 miles on electric power given the right driving conditions. In a 43-mile route set up by Chevrolet between Detroit Airport and Rochester Hills, they managed the journey with three miles of electric range to spare, some journalists managing over 50 miles of electric range.

The subjective issue of styling was inevitably going to be raised, and the Volt certainly divides opinion. The looks are influenced by aerodynamics so they can partly be forgiven, though GreenCarReports hints that familiarity might have bred indifference over the last few years, not having the distinctive lines of a Prius or Leaf.

What Do YOU Want To Know About the 2011 Chevrolet Volt Electric Car?

There's more to come on the Volt though, so if you have any burning questions about Chevy's first EV since the late EV-1, head over to GreenCarReports now to put them forward.

If there's anything else you'd like to know, head over to our Ultimate Guide To The Chevrolet 2011 Volt.