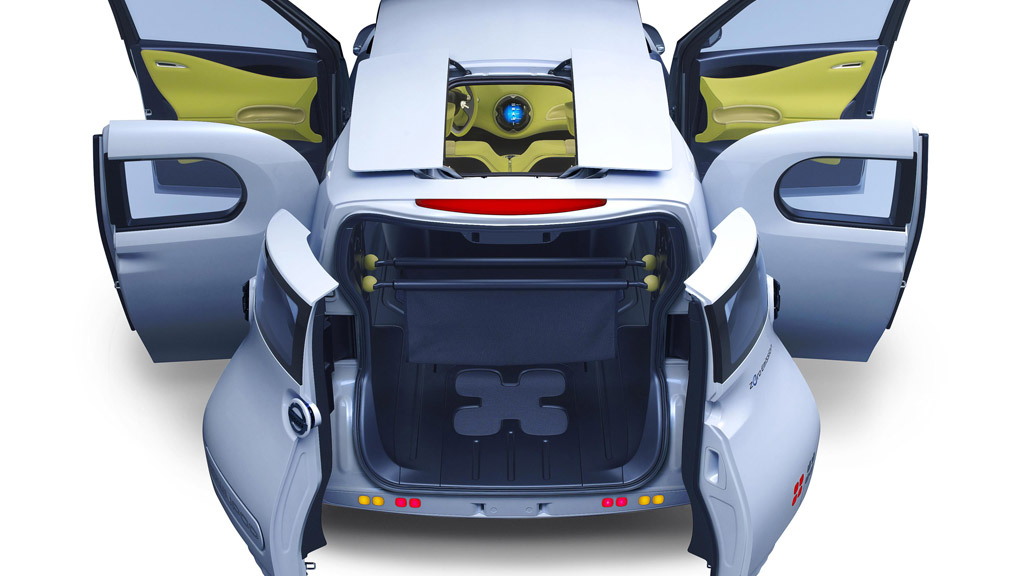 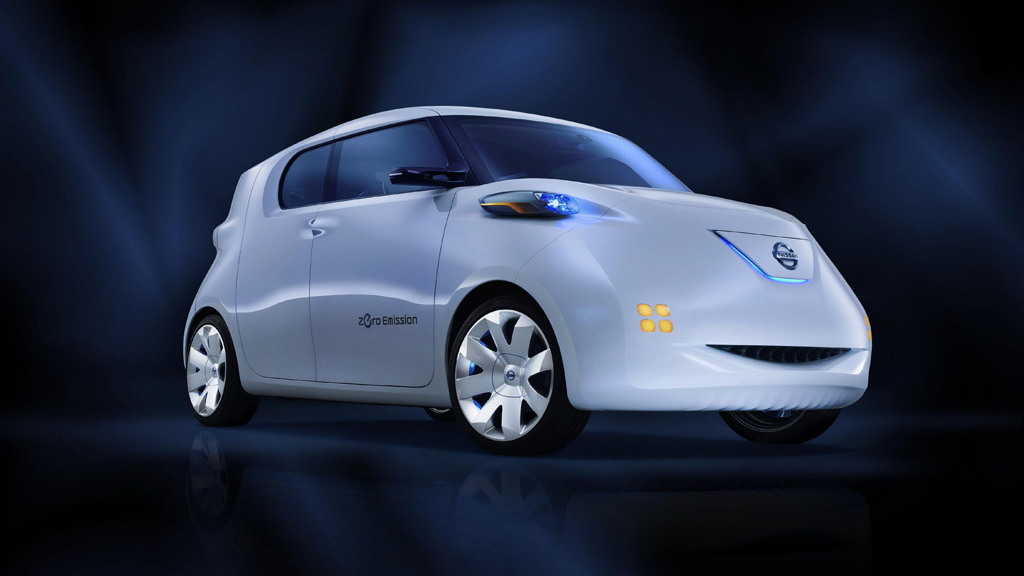 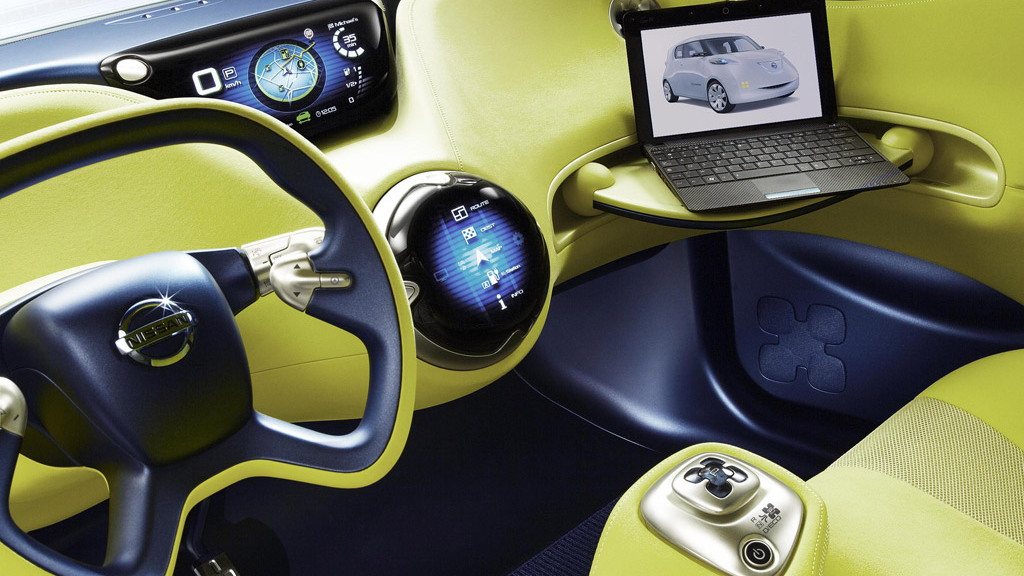 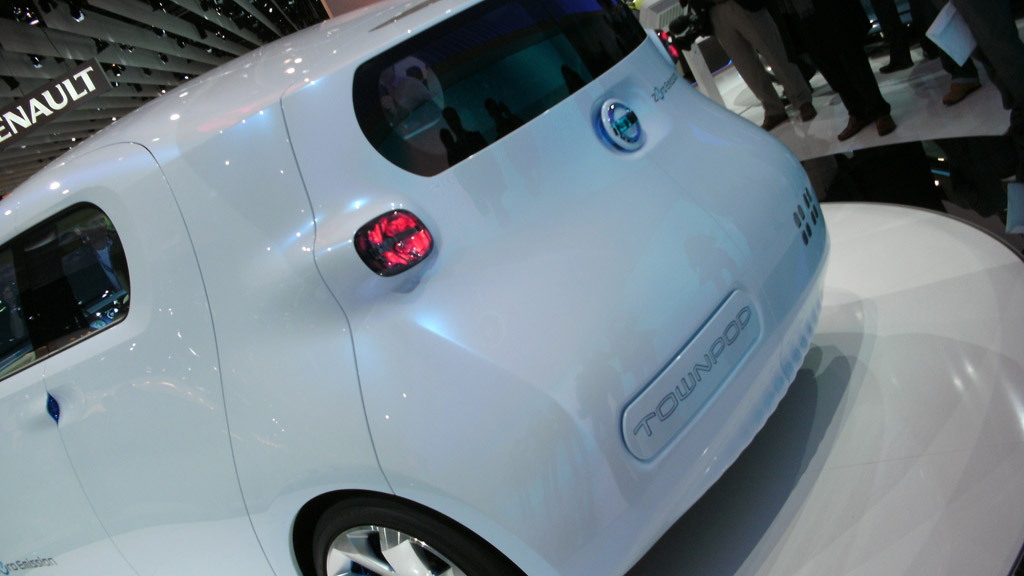 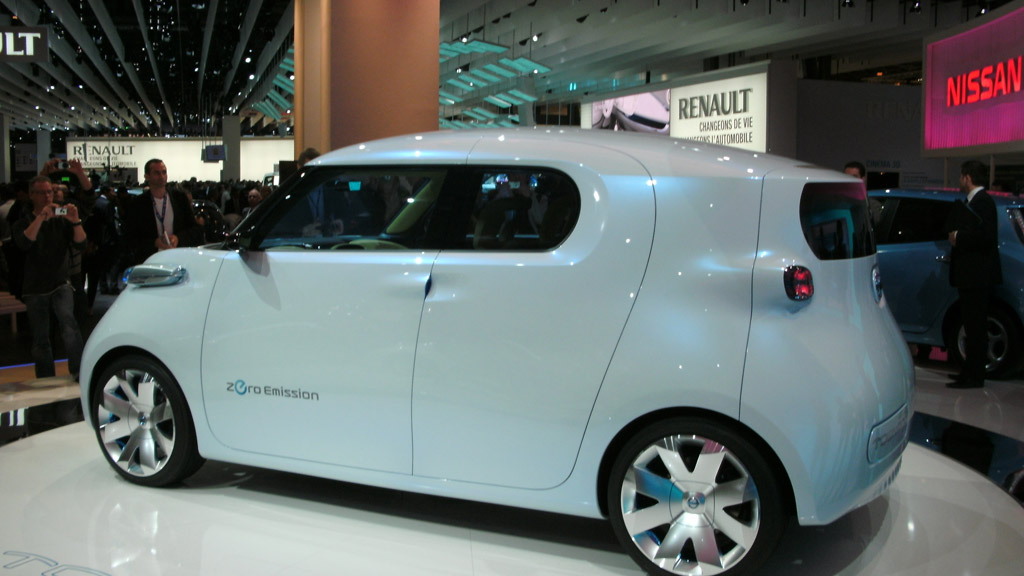 If you remember back a few weeks you’ll remember that we were given a sneak peak at Nissan’s latest electric creation, the Townpod. We weren’t told much by NIssan at the time and spent some time cogitating over the enigmatic press release, which stated that the TownPod “is more than just a car and it’s more than just a van”

Now the wait is over. Unveiled this morning as the jewel in Nissans’ decidedly electric crown, we’ve had a chance to look at Nissan’s TownPod for the first time.

Aside from the usual compact car concept features, we can’t but help notice one thing.

The Nissan TownPod is a car with a face.

From its swept back headlights looking like narrow eyes, its now familiar Nissan charging port door at the front of a rather bulbous nose, LED ‘dimple’ flashers and its under-grille vent and you’d be forgiven for thinking Nissan has designed a vehicle based upon one of the cutesy characters in Disney’s hit kids’ film, Cars.

Enough anthropomorphising. Aside from the face-like front end, the TownPod looks very similar in style to so many other ultra-small cars being offered by major automakers this year.

Instead of a basic rear hatchback design, the TownPod features full-length rear doors, similar to the ones found in the 2010 Mini Estate.  However, the rear styling is obviously Nissan, taking several design cues from Nissan’s kitsch 2010 Cube.

And while side visibility is restricted thanks to the front/rear door arrangement, the rear quarters of the Townpod are nearly all door hinge - something we feel is bound to give the TownPod a hefty blind spot when reversing.

With a low floor like any other van, the TownPod has excellent load-carrying capabilities. And if the load area behind the passenger space isn’t enough, the rear seat slides forward where it can be stored as part of the front seats.

A rear hatch on the roof of the car can be used for loads too long for the TownPod’s diminutive form. Although we’re not sure it would be a great way to transport long items on a cold winters’ day.

Powered by essentially the same power train as Nissan’s 2011 Leaf, the TownPod concept offers the same speed and range as its production sibling.

Interconnectivity is at the heart of the TownPod concept, offering touchscreen navigation of the occupants’ personal music collections, on telephones or music players.

Nissan also boasts that the concept will no-longer need to be told where you want to go. Using a connection between the driver’s PDA and Townpod, a proprietary system will examine appointments and automatically plot a route into the car’s navigation system.

But just like any other concept at any other big motor show, a possible production version of the TownPod would be very different to the version seen here.

Nissan’s message is clear. EVs are here to stay, and it wants to be a part of the evolution of the car.