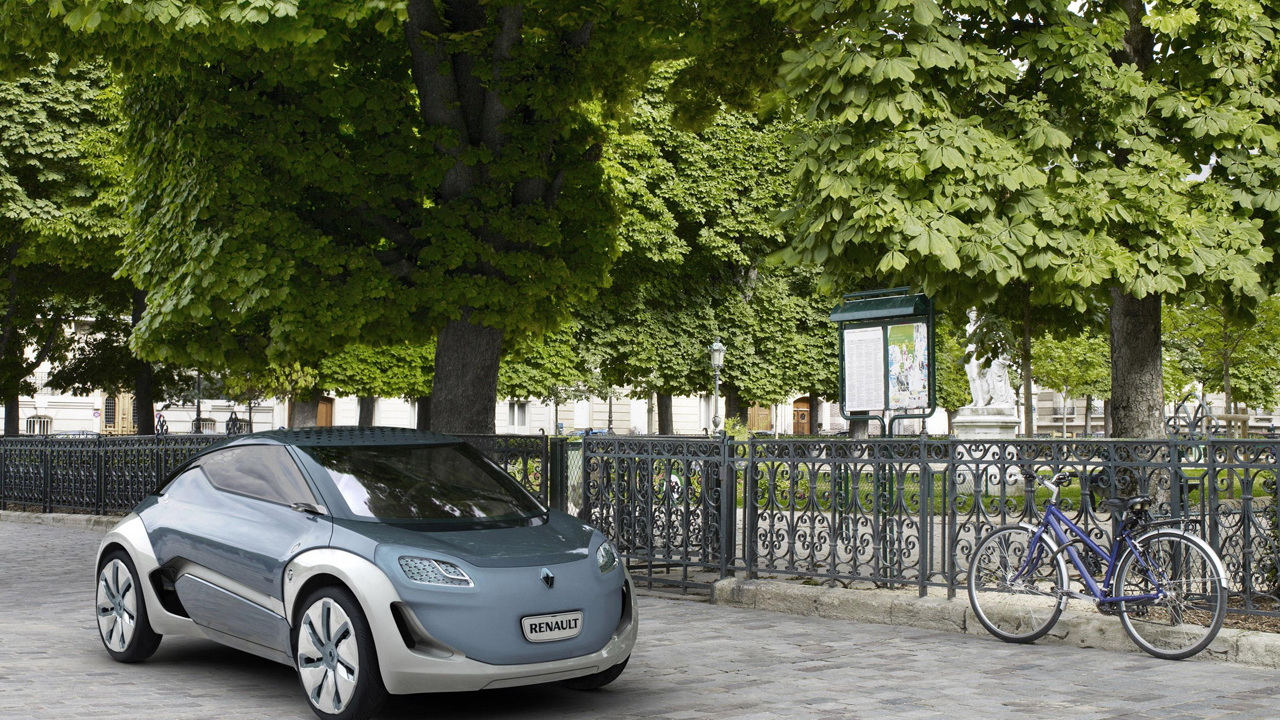 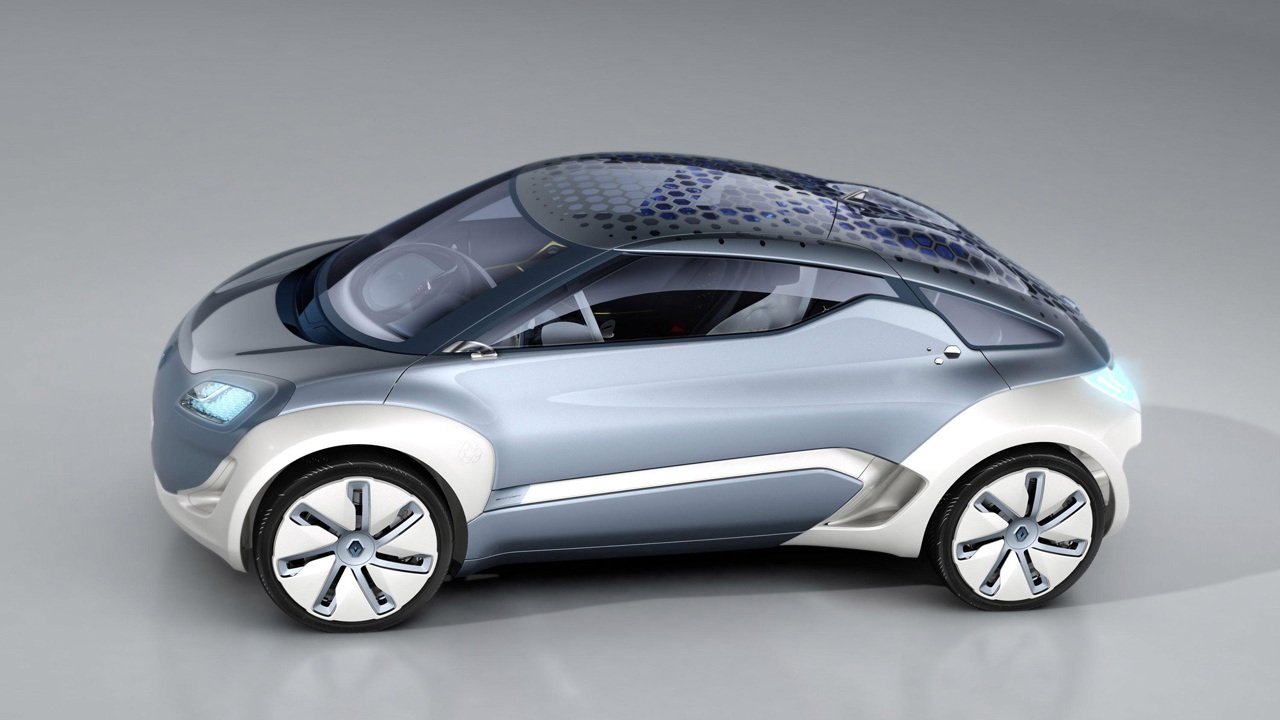 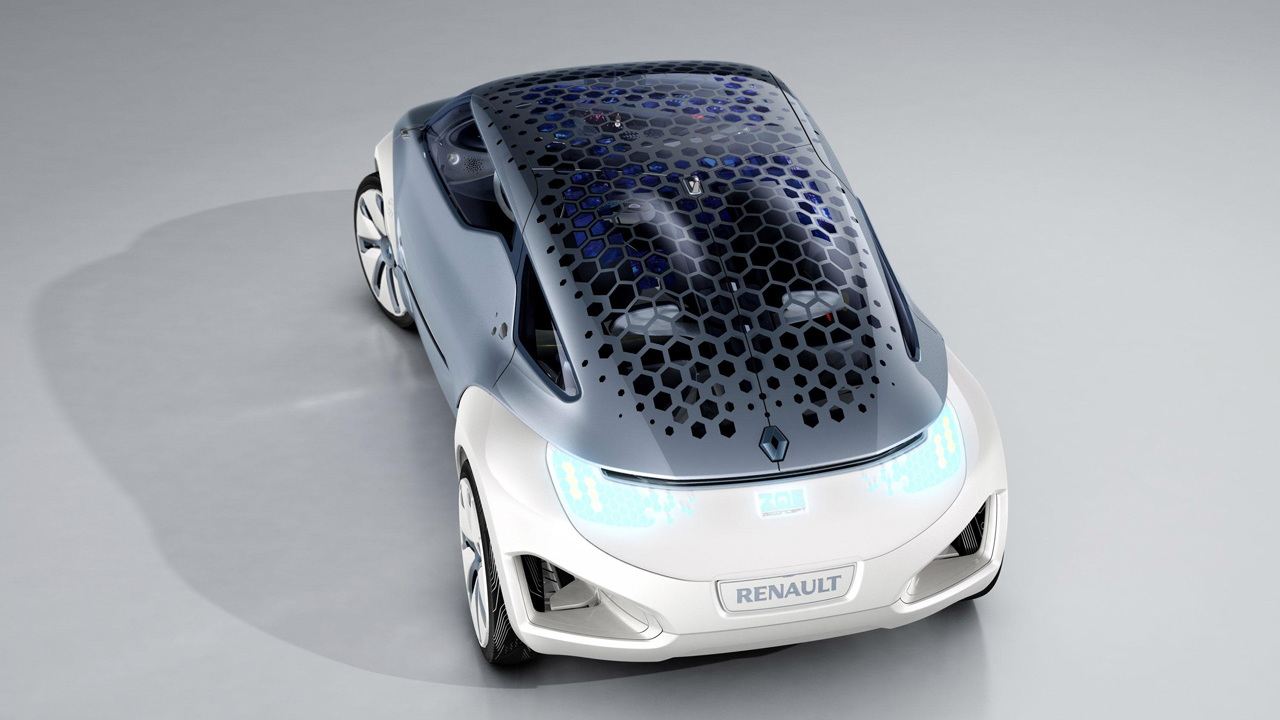 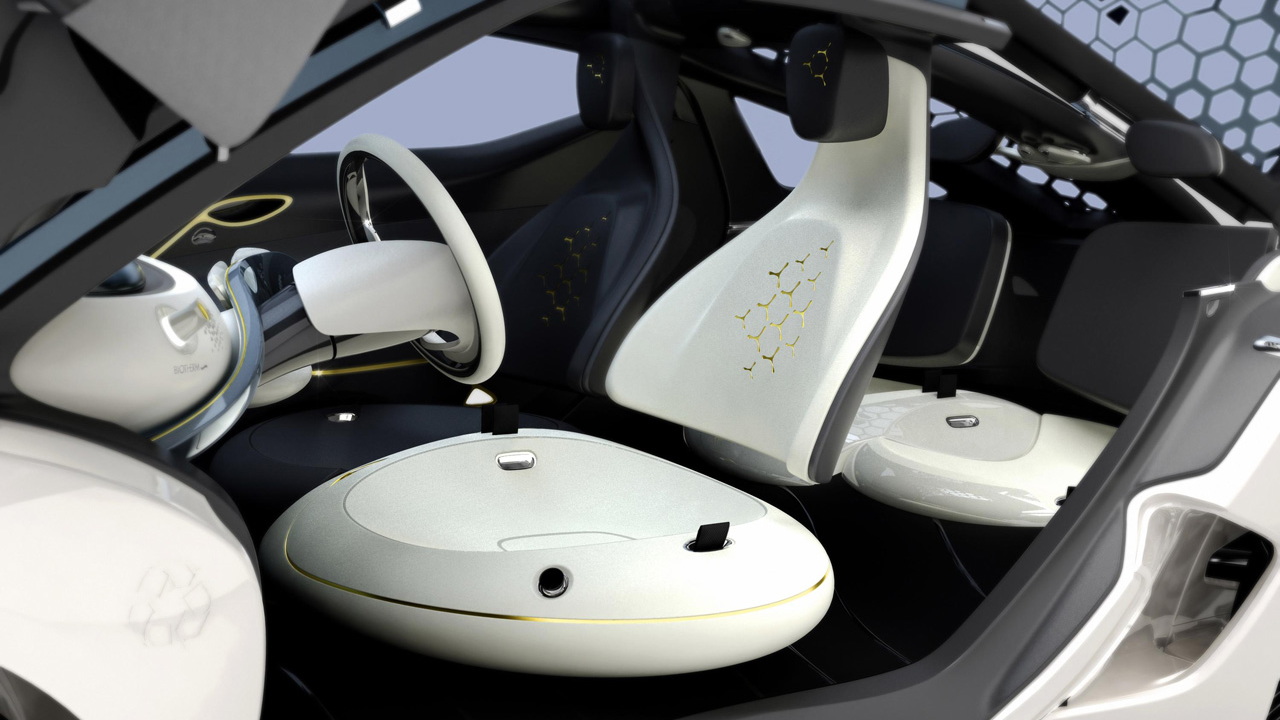 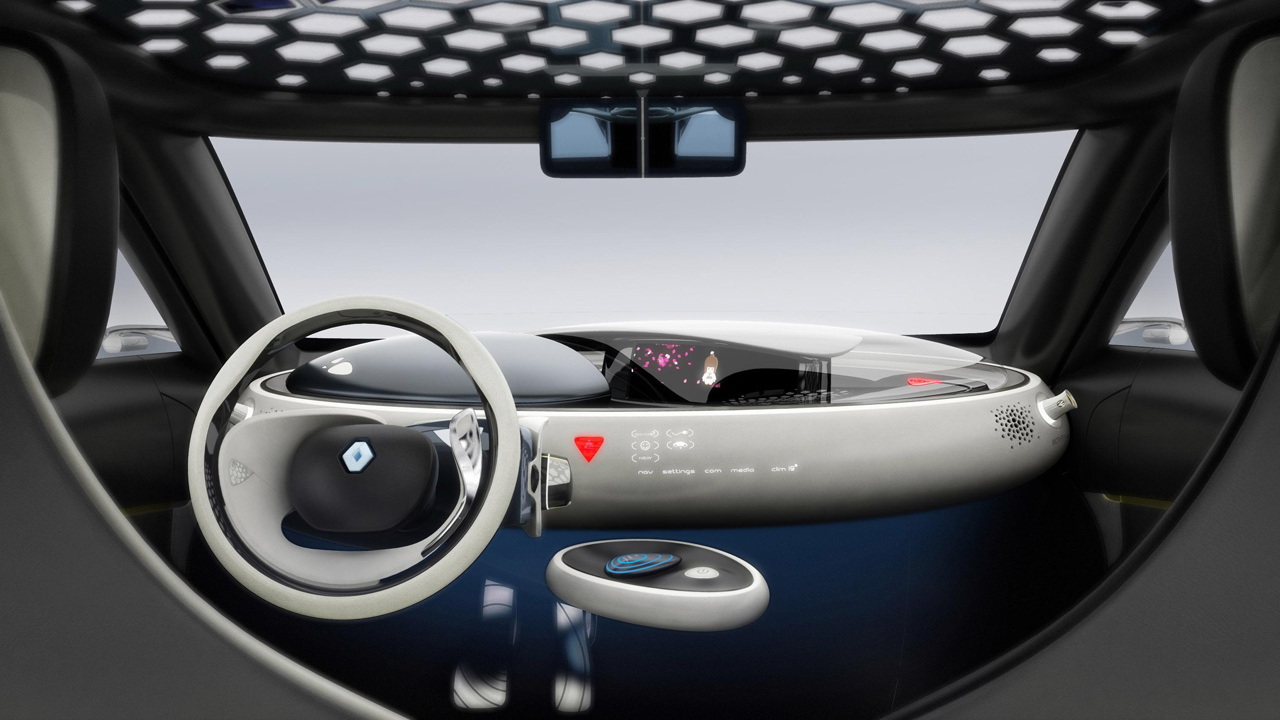 Two months ago Renault introduced several EV concepts at the Frankfurt Motor Show.  Among the concepts was the first unveiling of a vehicle called the Renault Zoe ZE.  This vehicle, perhaps one of the most radically designed vehicles displayed by Renault, will be in production form by 2012.  Renault has released additional images of the Zoe as well as some information about the vehicle.

According to Renault, the Zoe was developed in conjunction with L'Oreal.  Yes the same L'Oreal company that makes beauty products sold throughout most of the world.  Renault did not specifically state what aspects of the vehicle L'Oreal helped out with, but they did state that the air conditioning hydrates the skin of the occupants and an onboard system emits essentials oil within the vehicle.  These concept touches may not see production.

Renault also announced that the vehicle will be equipped with a 220 volt charging outlet, will be capable of battery swaps, and can accept a fast charge in only 20 minutes.  Stay with us for more information about the Zoe ZE electric vehicle as its 2012 release date draws near.

The newly released images show a vehicle that is nearing production status, yet several design aspects from this concept may not make it into the production vehicle.  Tell us what you think about the Renault Zoe ZE.

Biotherm, the skin care company in L'Oréal's Luxury Products division, has joined forces with Renault to develop an all-new 100% electric "spa" concept car, ZOE Z.E. Aimed at people making daily local trips and looking for a car that brings them health and well- being, ZOE Z.E. concept, with its premium and fully personalizable cabin, is a preview of the Renault production vehicle set for launch in 2012.

ZOE Z.E., ZERO EMISSIONS AND MAXIMUM PEACE OF MIND ZOE Z.E., a 100% electric, zero-emission city car, is for men
and women who want to take care of the environment while taking care of themselves – even behind the wheel. The roof has been designed as an intelligent protective membrane that insulates against heat and cold, optimizes climate control, and recovers energy using honeycomb photovoltaic cells. The car features a shield of polyurethane gel at the front and the back, acting as a second skin that protects vulnerable parts of the body in the event of mild urban impact. ZOE Z.E. boasts the finest in air filtration and purification technology to fully protect the health of passengers and keep their skin young-looking.

Drivers can "fill up" in one of three ways: Standard charge: in 4 to 8 hours, using a recharge socket outside the car Fast charge: in 20 minutes, using the same socket at special charge stations The exclusive "Quickdrop" system, or rapid battery exchange: in 3 minutes at exchange stations

LEADING-EDGE SCIENTIFIC PARTNERSHIP Biotherm research teams and Renault engineers and designers have combined their expertise in a co-innovation partnership. Since the brand was created in 1952, Biotherm research laboratories have developed in-depth knowledge on the cellular mechanisms of the skin, together with proven scientific know-how in the virtues of aromatherapy. For more than 110 years, Renault has developed recognized expertise in the design and approval of equipment for comfort and well-being.

1- Hydrated skin: The air conditioning system, generally optimized to respect temperature settings, has been entirely redesigned to keep passengers' skin hydrated. Occupants benefit from intelligent climate control that keeps the air in the cabin from drying out.

2- Pollution protection system: Thanks to a toxicity sensor and cabin-mounted particulate filters that close air vents if required, ZOE Z.E. passengers travel in a clean atmosphere.

3- Active essential oils function: An electric system diffuses essential oils, exclusive active substances adapted to the needs of the driver: dynamic in the morning, relaxing coming home from work, and awakening vigilance while driving at night. Developed by Biotherm, they transform the cabin into a "spa" cocoon and contribute to passenger vigilance.

The electric vehicle is the breakthrough solution for bringing zero-emission mobility to all. It has already received worldwide political support, in the shape of tax breaks on CO2 emissions and the development of infrastructures necessary for electric mobility. As early as 2011, Renault will launch volume production of a range of electric vehicles accessible to all.