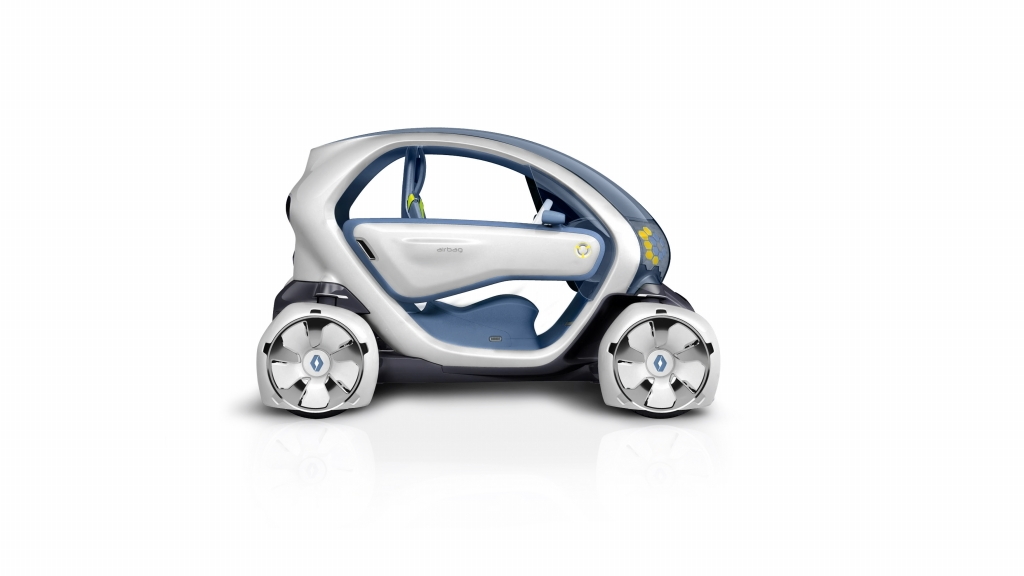 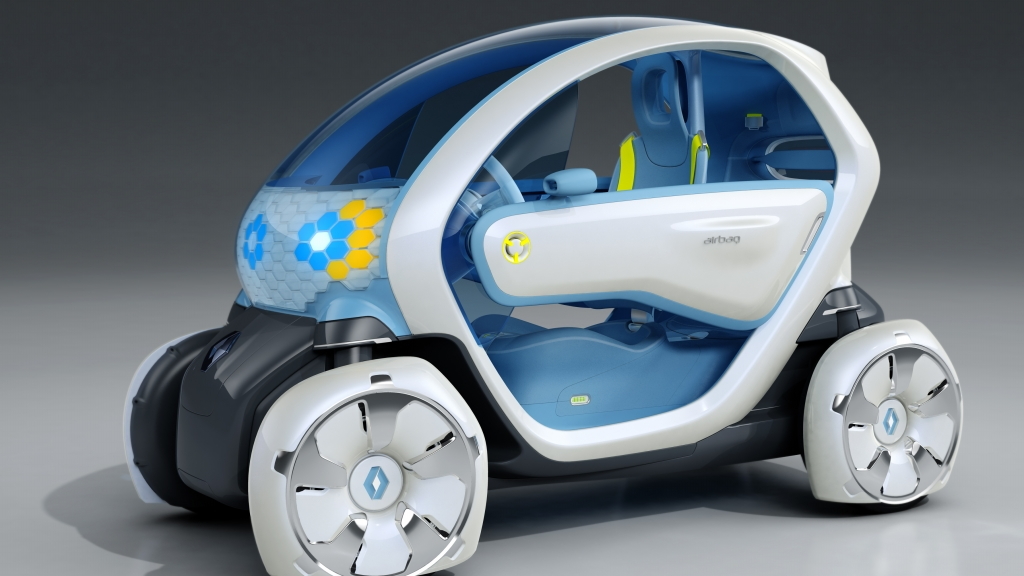 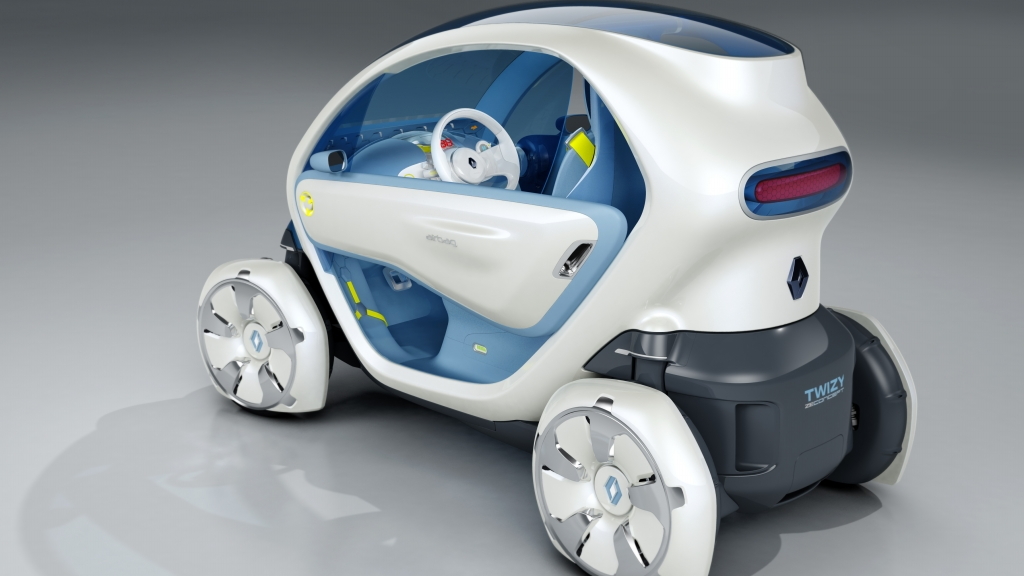 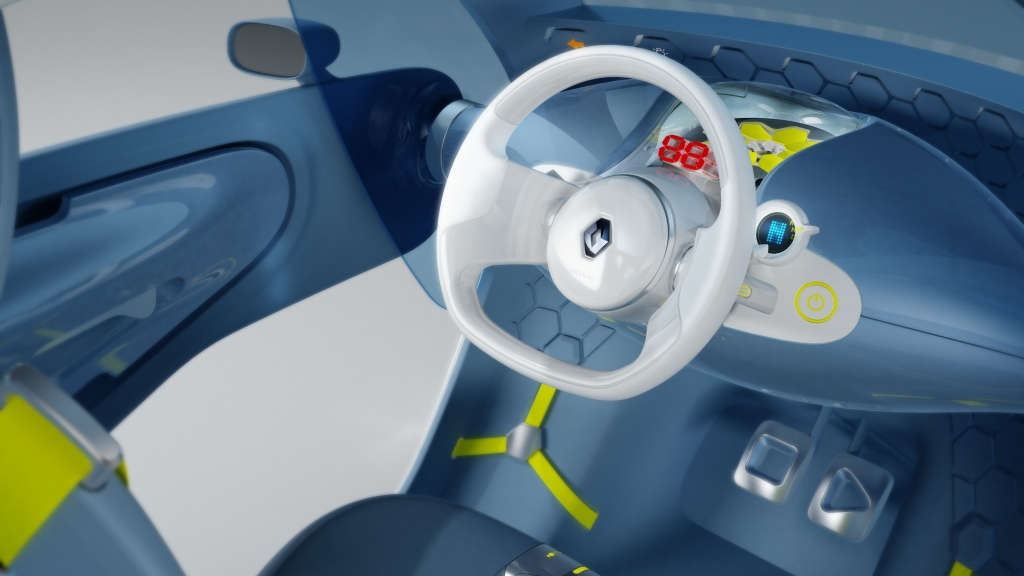 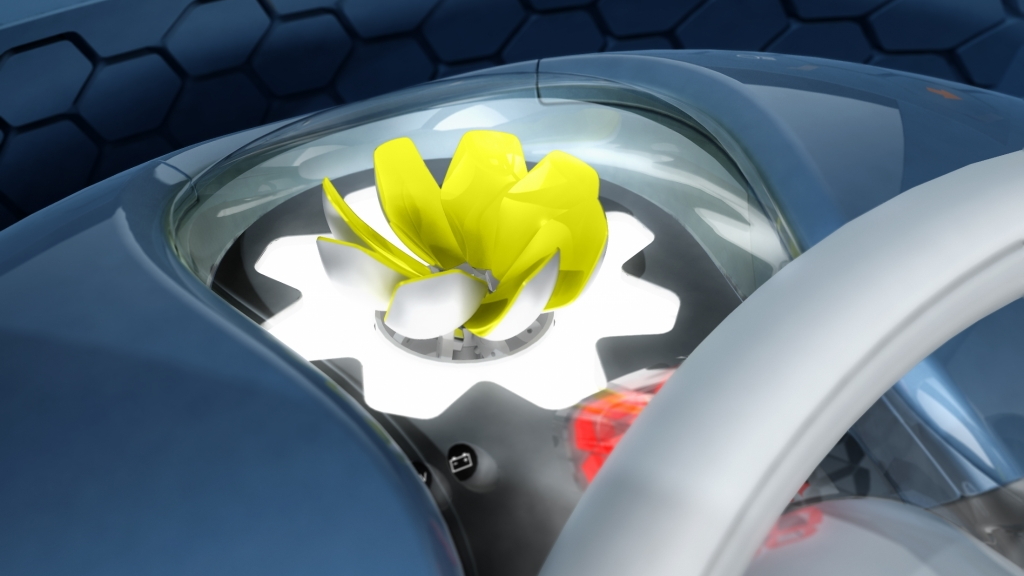 All labeled ZE for "zero emissions", they are:

Each of them uses a variation of Nissan's lithium-ion battery technology, and Renault also announced that the Better Place project would order 100,000 Fluence ZEs by 2016 for customers in Israel and Denmark.

Like the Volkswagen L1 concept also shown at Frankfurt, the smallest of the four Renault concepts arrayed its two occupants in tandem seats to reduce weight, cost, and aerodynamic drag.

The company calls the Twizy ZE "the definitive city car for busy people seeking an efficient and practical" way to get around. The Twizy is meant for urban and suburban traffic, but with its wraparound bodywork, far safer than the 125cc motorcycle whose performance it matches.

Its light weight and minimal accommodations means a 15-kilowatt (20-horsepower) electric motor is more than adequate.

The Zoe ZE, says Renault, is "a compact, versatile car" for people "who use their cars  "for short journeys on a daily basis, and seek a comfortable, relaxing drive in a personalizable cabin".

That personalization includes a climate control system with hydrating, "detox," and active scent functions. Imagine, you can make your car smell like ... well, maybe we won't go there.

The Fluence ZE Conept, based on a new midsize 5-seat sedan launched earlier this year, is a family car with a 100-mile range. It's the first vehicle to be offered by the Better Place project to the customers who will lease its electric cars, paying solely for the miles they use, just as mobile phone users pay by the minute.

Better Place will distribute the Fluence ZE in Israel, its launch country, by June 2011, and will also offer subscriptions to customers who buy the car from Renault dealers in Denmark. The companies have agreed to build and distribute at least 100,000 electric Fluence ZE sedans by 2016.

The Fluence ZE can be recharged at a European standard 230-Volt outlet in 4 to 8 hours, or a high-voltage quick-charge system can charge it to 80 percent of capacity in just 20 minutes. But the most unusual facet is what Renault calls "Quickdrop," the ability to switch out the pack for a new one in just a few minutes.

Better Place showed a video simulation of the battery swap process earlier this year.  Many are skeptical that Renault, or any automaker, can design and engineer a system that allows the pack (weighing several hundred pounds) to be removed and replaced so quickly, and that will function reliably under all conditions over the car's lifetime of 15 years or more. Time will tell.

Seen before, but radically restyled

The only one of the four that had been seen previously was the Kangoo BeBop ZE, an electric adaptation of the Kangoo small urban delivery van. Even here, Renault radically restyled the concept to look less like an upright van and more like a space capsule.

Renault calls the Kangoo ZE the "forerunner of an electric van for fleet and business use," and the company has fitted it with a 70-kilowatt (94-horsepower) motor. In Europe, it will compete with the electric version of the Ford Transit Connect van, which is also soon to be launched in the US.