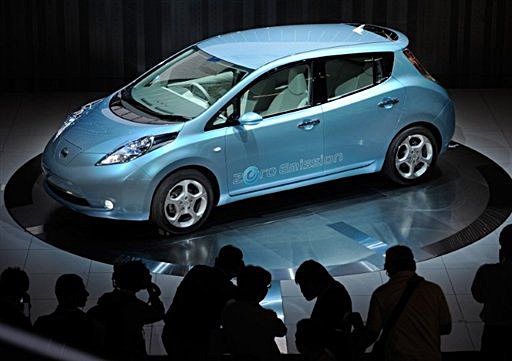 Even though the LEAF EV can only make it 100 miles before needing a recharge, and the Toyota Prius can drive limitlessy, Nissan predicts their electric car will outsell the Prius.

"Hybrids won't get you there, range extended (plug-in hybrids) won't get you there," said Larry Dominique, Nissan North America's vice president for product planning."They're good technologies, but for the mass market appeal, they have much bigger obstacles, especially on upfront cost."

Dominique predicts the reason for its success will be that cost of ownership of the LEAF will trump the Prius. "We are very confident that Leaf will give you a lower cost to ownership," he said.

Though hybrids currently make up about 2% of all auto sales, Nissan believes EVs will account for 10% of sales between 2016 and 2020.