Tesla Motors is the Silicon Valley start-up that has begun series production of its all-electric Roadster in 2008.  Over 200 cars have been delivered and 1000 are on back ordered for the year.

CEO Elon Musk, founder of PayPal, has advised us that a new Model S sedan will be unveiled on March 23.  The Model S has a lower price point of under $60,000 and will have a 160 mile range.  The Romany has applied for $350 M in government loans that they expect to get to build a production plant for the car.

AllCarsElectric.com was one of the first sites to get access to a teaser photo of the car.

Today this new one above has appeared.

This picture was emailed to 100 current Roadster owners who have also signed up to buy a Model S.  It was posted on Jason Calacanis' blog, who is also the founder of Autoblog.com. 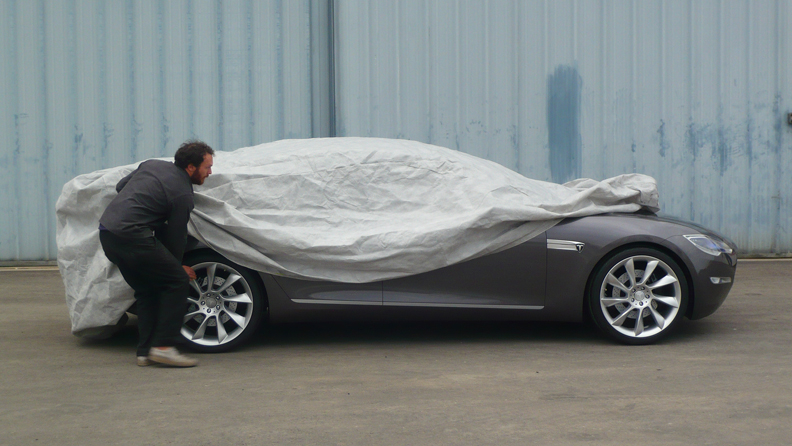