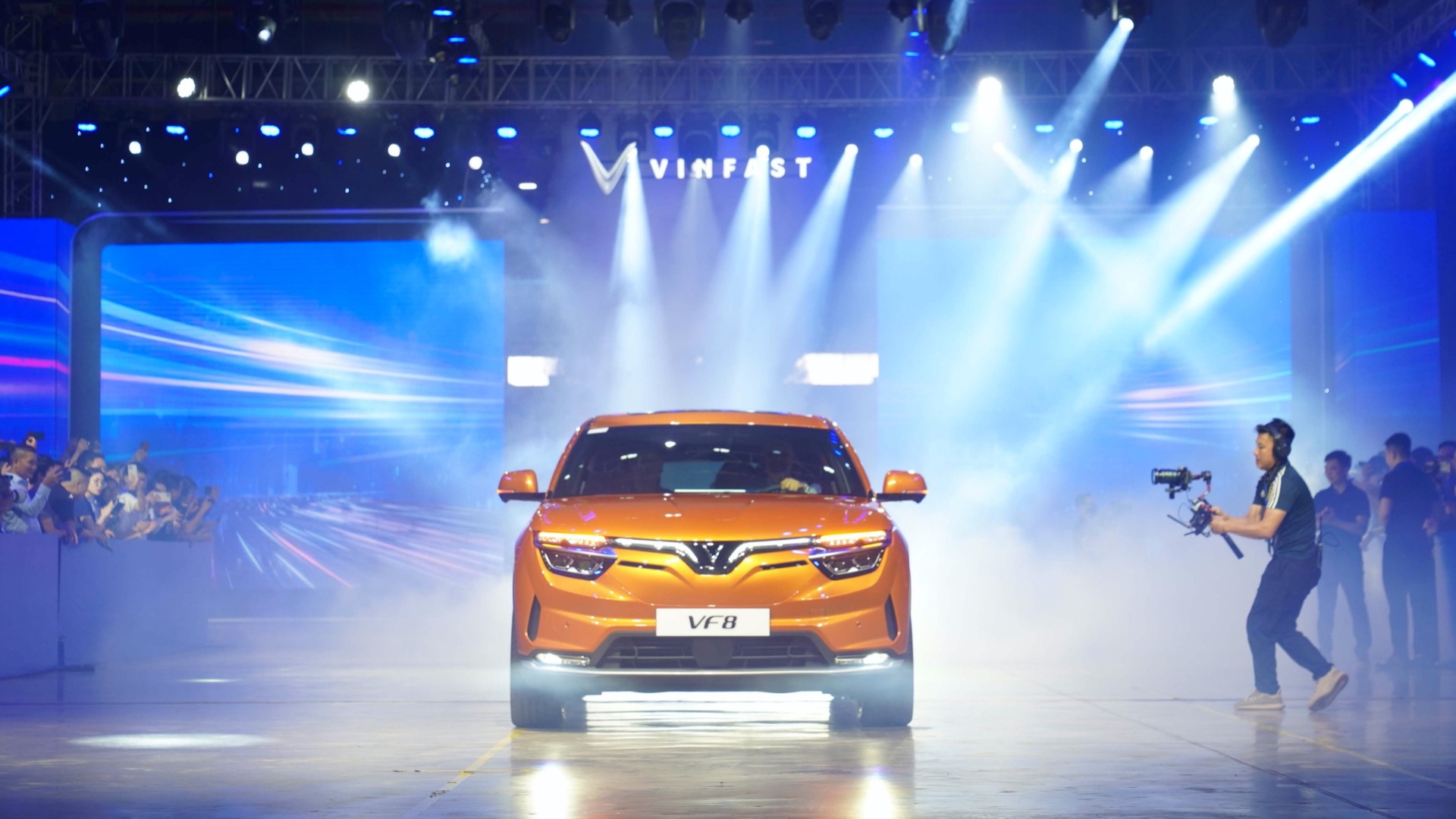 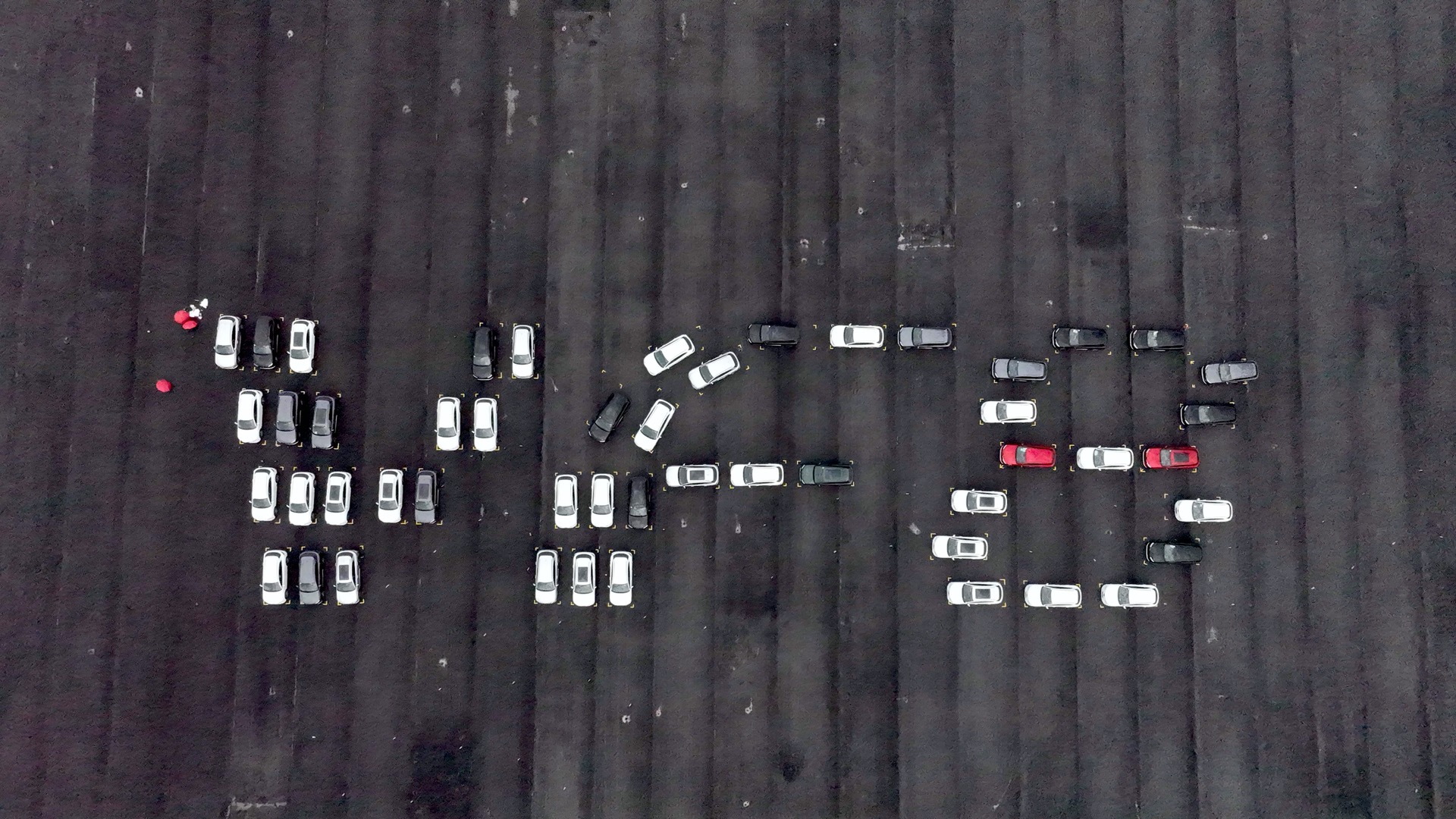 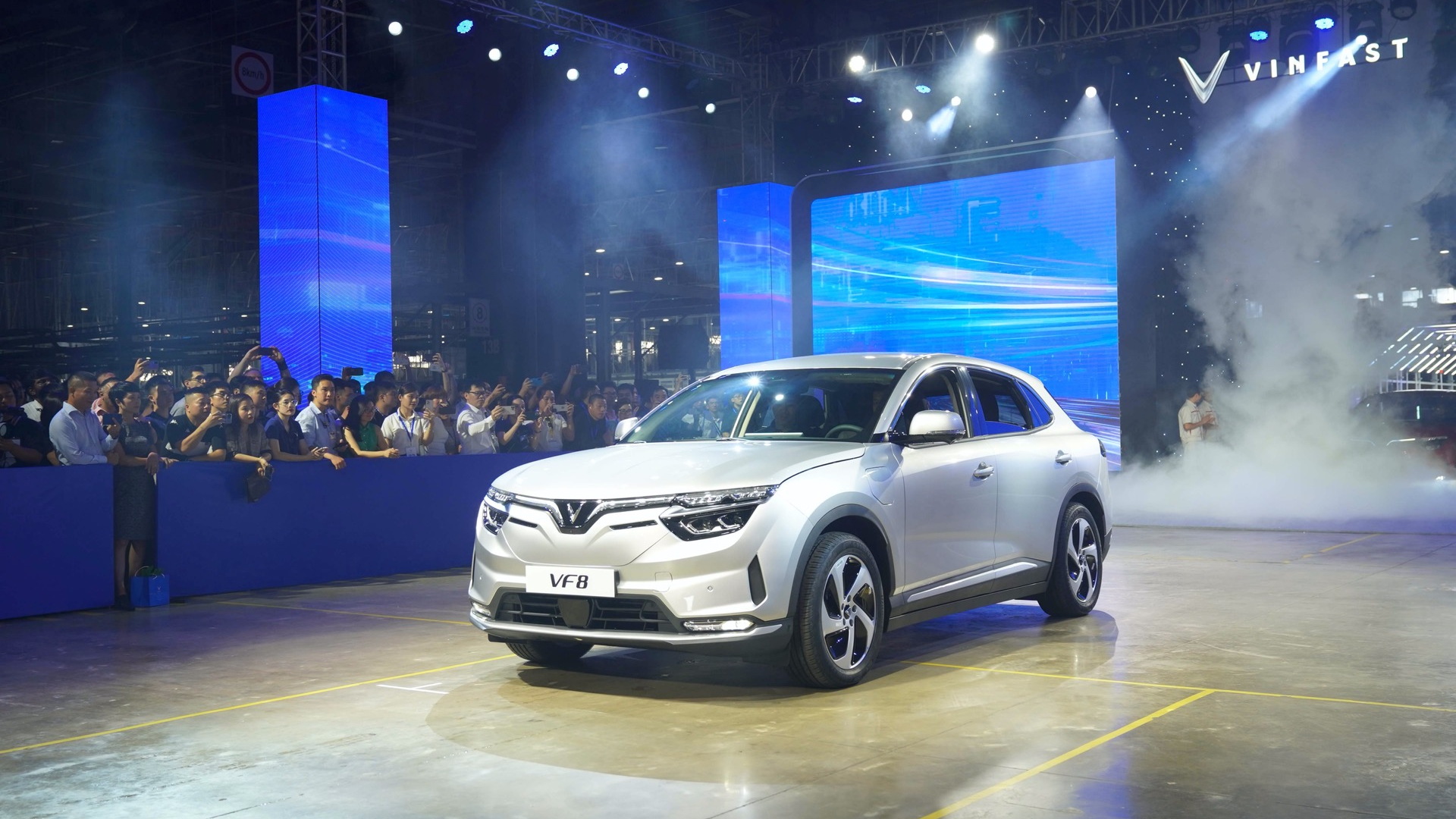 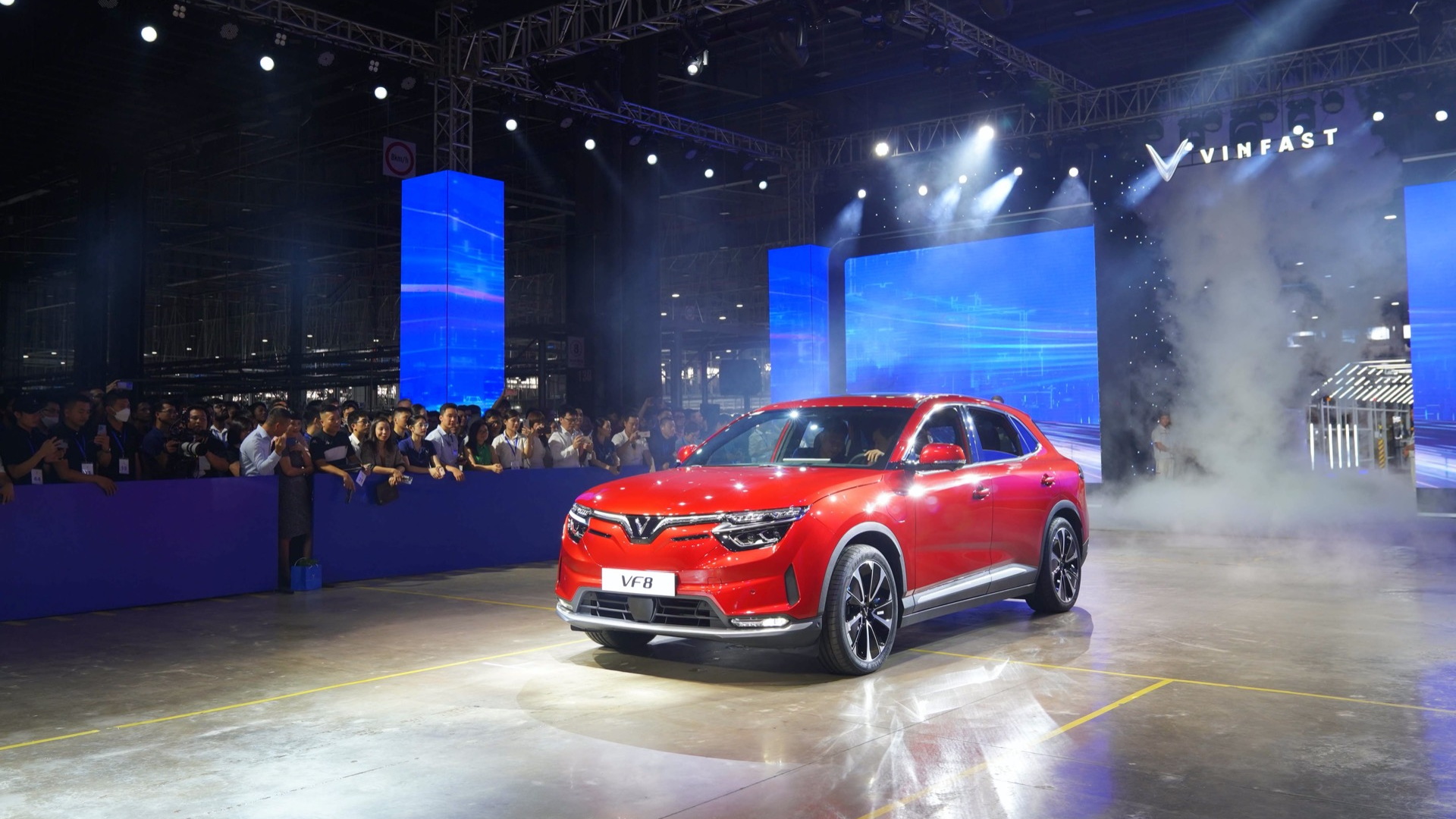 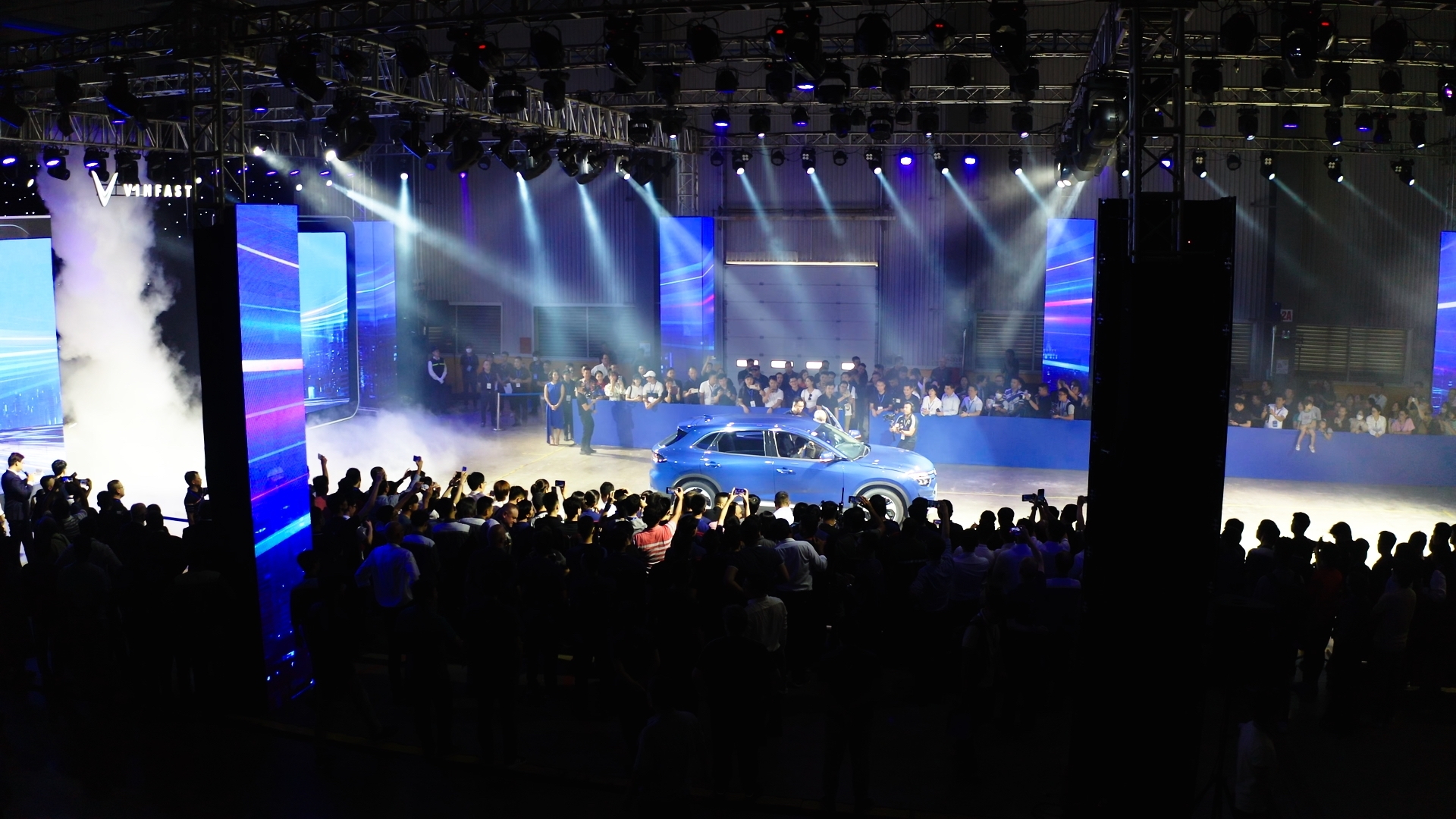 Vinfast reported on Saturday that it has delivered the first 100 of its VF 8 electric SUVs in its home market of Vietnam, ahead of wider availability and international deliveries in the U.S., Canada, and Europe expected by the end of the year.

At a delivery event held at the company’s Hai Phong manufacturing complex the company said it delivered the vehicles to “pioneer customers who made the earliest reservations.”

Vinfast had said that it will make its first deliveries of both the VF 8 and the larger VF 9 by the end of the year, although it appears to have pushed the timeline forward into 2023 for the VF 9. It now says that the first US global delivery of the VF 8 is expected to happen in December 2022. 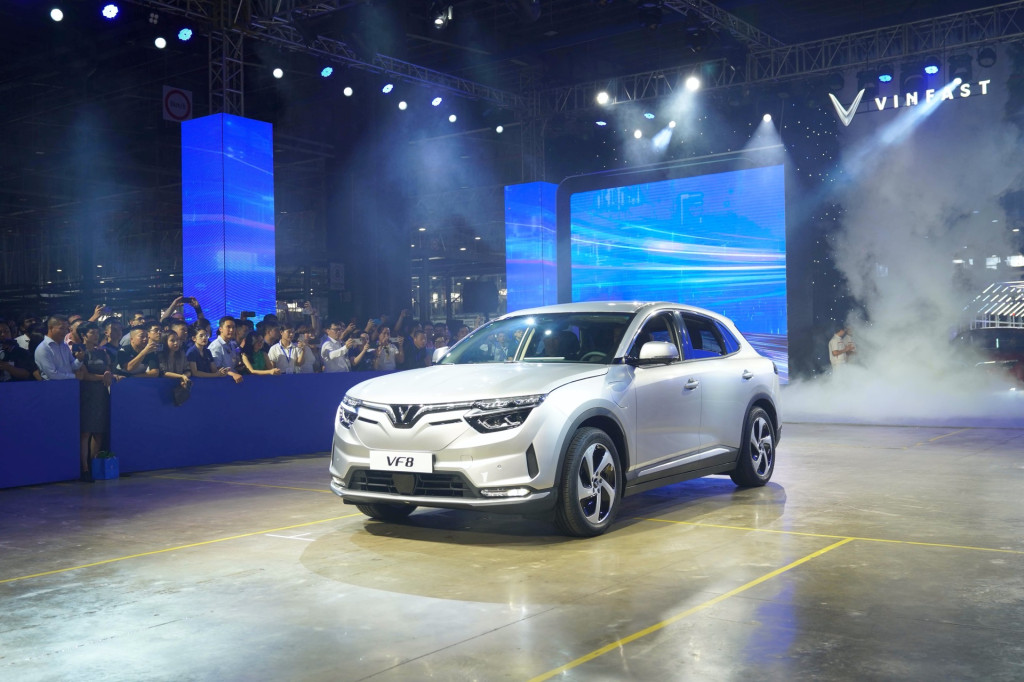 The VF 8 is 187.0 inches long by 76.1 inches wide and 65.6 inches high overall. It includes a dual-motor drive system and in its Eco version makes 349 hp and about 369 lb-ft of torque, while Plus versions make 402 hp and about 457 lb-ft of torque. On the European/global WLTP cycle, Vinfast is claiming a range of up to 260 miles for the Eco and up to 248 miles for the Plus. The company affirmed in a release announcing the first deliveries that the VF 8 includes a highway driving assist system with automated lane changes, plus remote parking assist, and a smart summon mode. It also details an app that offers more ways to remotely access and interact with the vehicle than most other automakers currently offer.

Vinfast’s timeline in the U.S. has indeed been very fast. It established its U.S. headquarters just last November, and that same month displayed early prototypes of the VF 8 and VF 9—then named VF e35 and VF e36. In July opened its first U.S. retail stores, in California, and announced $1.2 billion in incentives from North Carolina—the largest economic incentive package ever from the state, it claimed—in a planned factory in that state. The company said that it will expand its retail footprint to other states in the future. 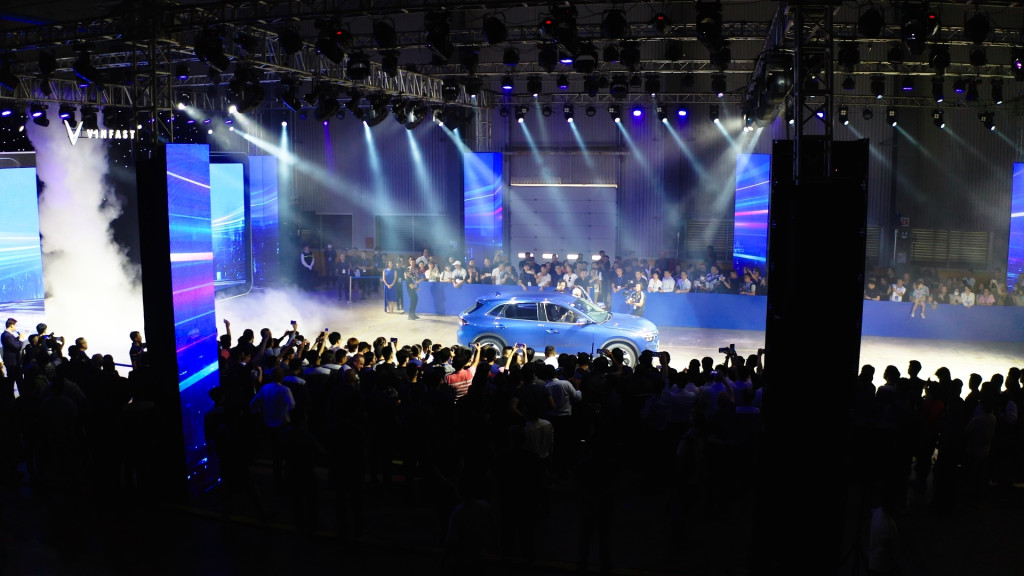 Initial deliveries for the U.S. will be sourced from Vietnam, but the company says that the North Carolina plant will eventually build U.S.-bound VF 8 and VF 9 SUVs. Likewise, there are plans for a corresponding plant in Germany.

We’ve had a couple of advance looks at these models, but as recently as the New York auto show in April a VF 8 prototype didn’t yet look at a production level in the details. In an April preview drive, we also found the VF 8 to need some development and fine-tuning yet—surprising given the delivery target. 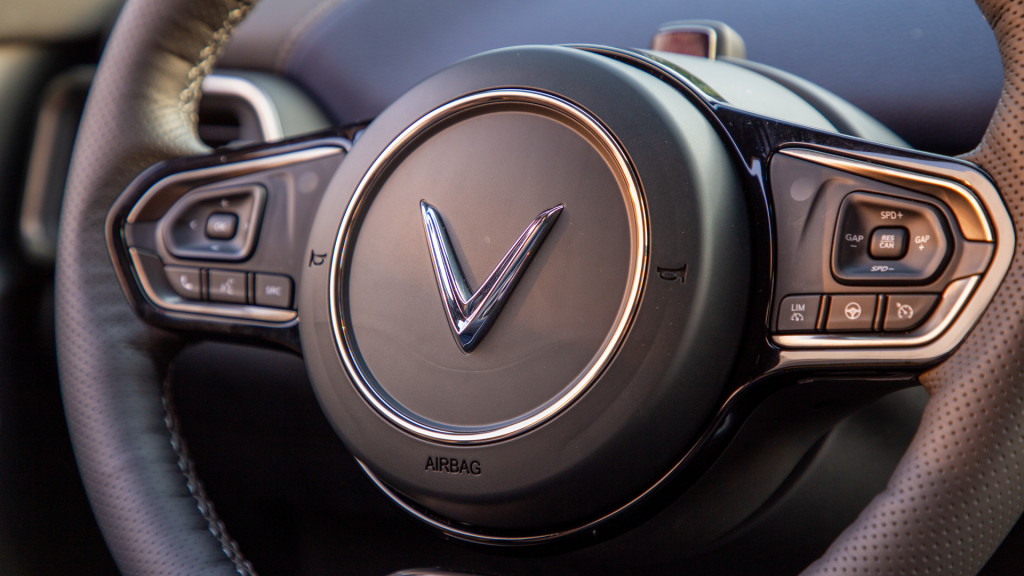 Vinfast says it will include a 10-year warranty on the SUVs, and pricing for Vinfast vehicles is different than any other automaker has attempted in the U.S. The company will sell its EVs for as little as $40,700 for the Eco and $47,700 for the Plus, but pricing is worked out around a battery subscription program that essentially replaces a battery warranty—and doesn’t include an extra monthly battery subscription of $35/month. How this affects retail and residual values, or basics like insurance costs, remains to be seen, as the battery pack remains a Vinfast asset. As an alternative, Vinfast this month announced a separate plan to all customers to buy the battery pack with the vehicle.