With high gas prices dominating the news, Americans have been driving less over the past few weeks, according to the data analysis firm Inrix.

Last week, Inrix reported that nationwide weekday vehicle trips fell 2% for the previous week versus the week prior. There was some regional variance, with Midwestern and Southern states generally seeing decreases. Western and Northeastern states actually saw increases, Inrix noted. All 25 states with the longest average trip length saw decreases in trips during the period studied.

The most dramatic differences were in Kansas and Missouri, which saw driving decreases of 14% and 11%, respectively. Higher gas prices might be hitting the Midwest particularly hard because of the prevalence of agriculture, and thus the need to buy fuel not only for passenger vehicles, but farm equipment as well, Inrix suggested. 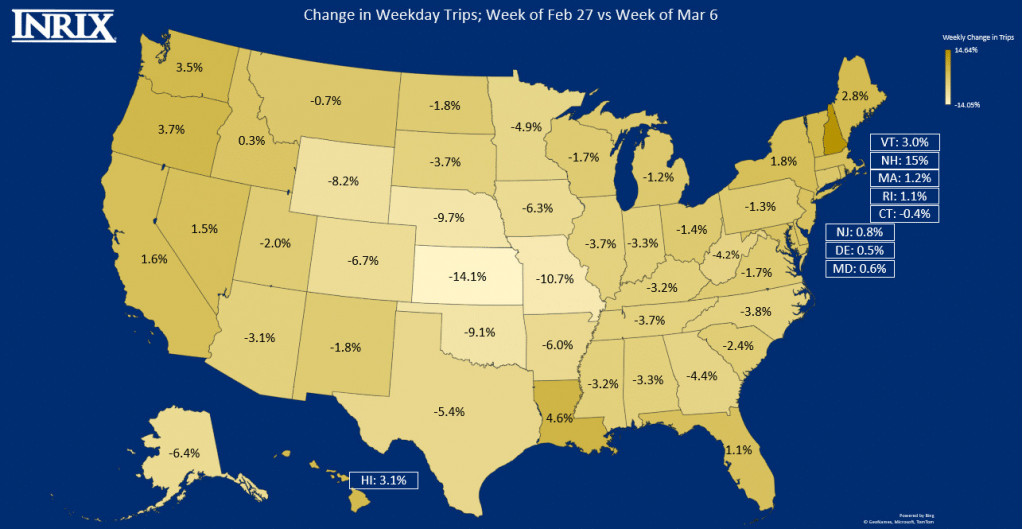 The firm also believes gas prices may be hitting a tipping point where they actually start to affect driving behavior. That's significant because, as we're reported in the past, gas prices don't always affect how much people drive.

But considering the different dynamics out of the pandemic, and the sustained supply pinch, it's different this time, and we've already seen some indications that there's a run on high-mpg models.

Before, the tipping point where gas prices would affect travel was thought to be a sustained period past $3.00 a gallon. We're well past that now, although AAA reported Thursday that U.S. national pump prices are actually down slightly, to about $4.28 a gallon. 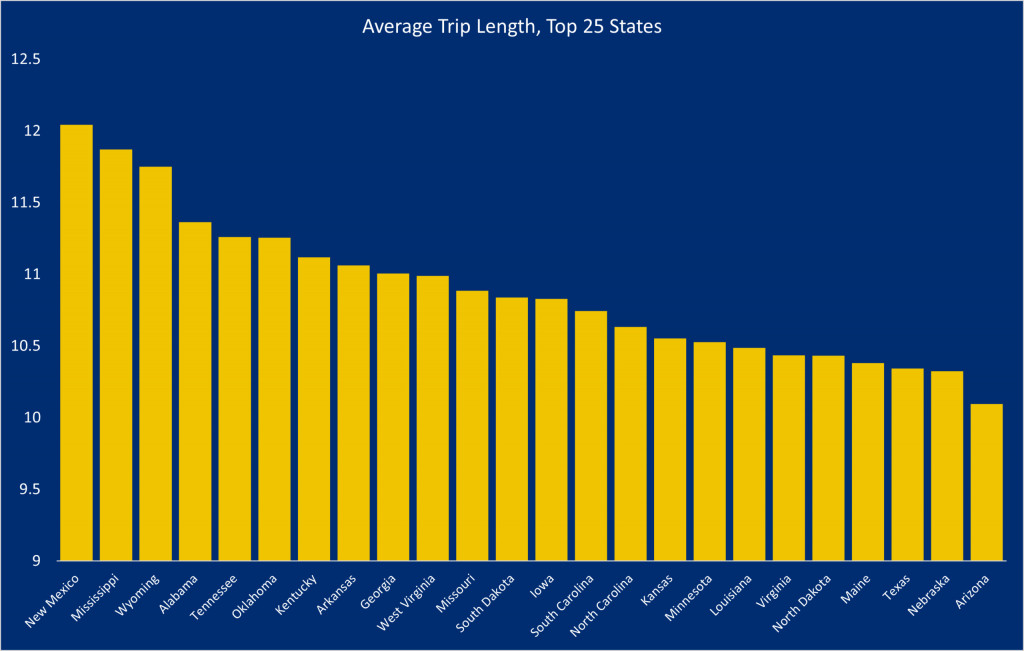 While high gas prices are inconveniencing many families that rely on cars, we also need to recognize that a decrease in car trips is a good thing for the environment. More fuel-efficient cars could lower emissions as well, but current consumer preferences and regulations aren't pushing the auto industry in that direction.

Many economists, policy wonks, and industry executives have long thought that the best approach to pushing industry gas mileage to higher levels is with a carbon tax. Not surprisingly, the oil and gas industry opposes this.