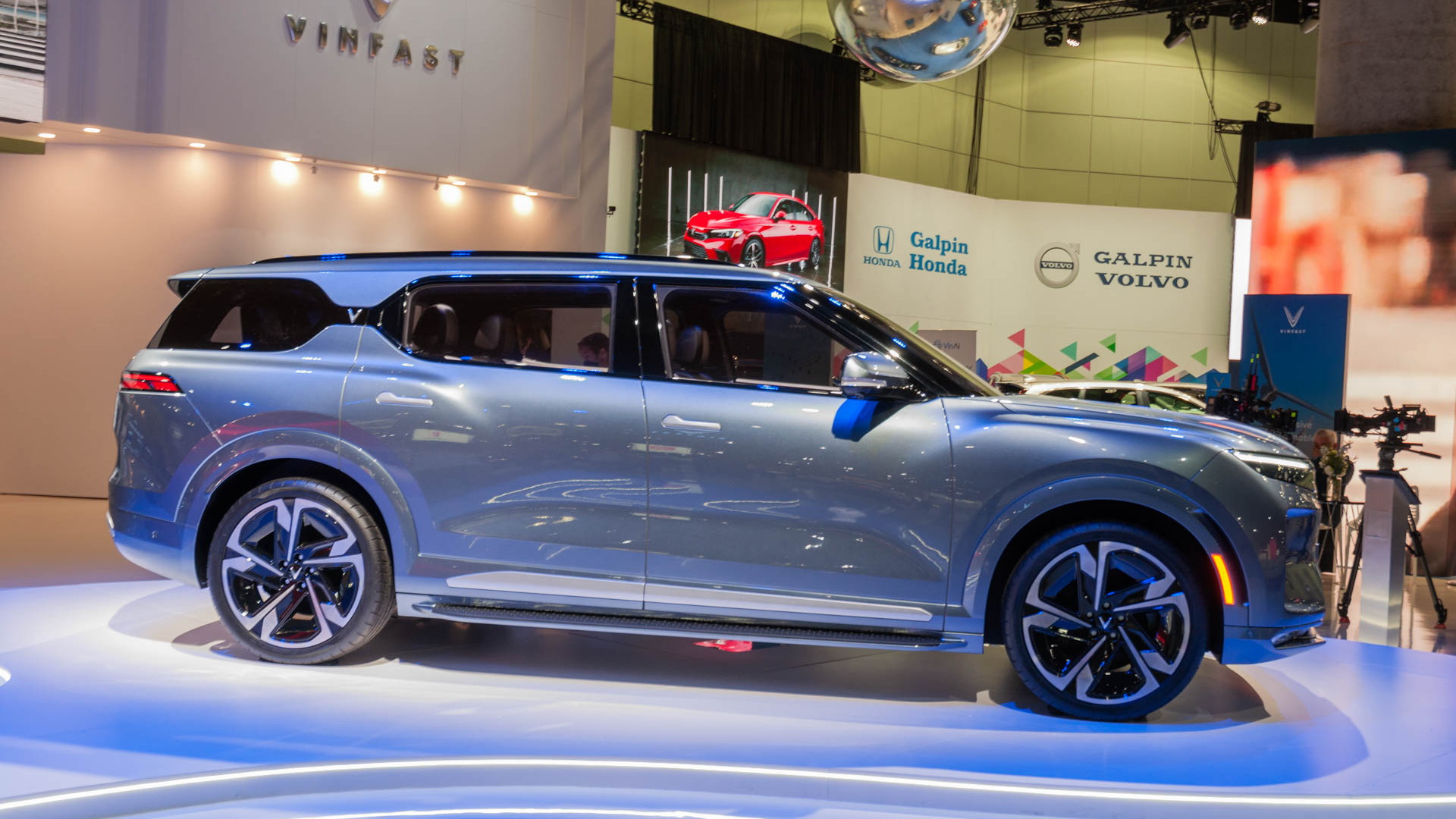 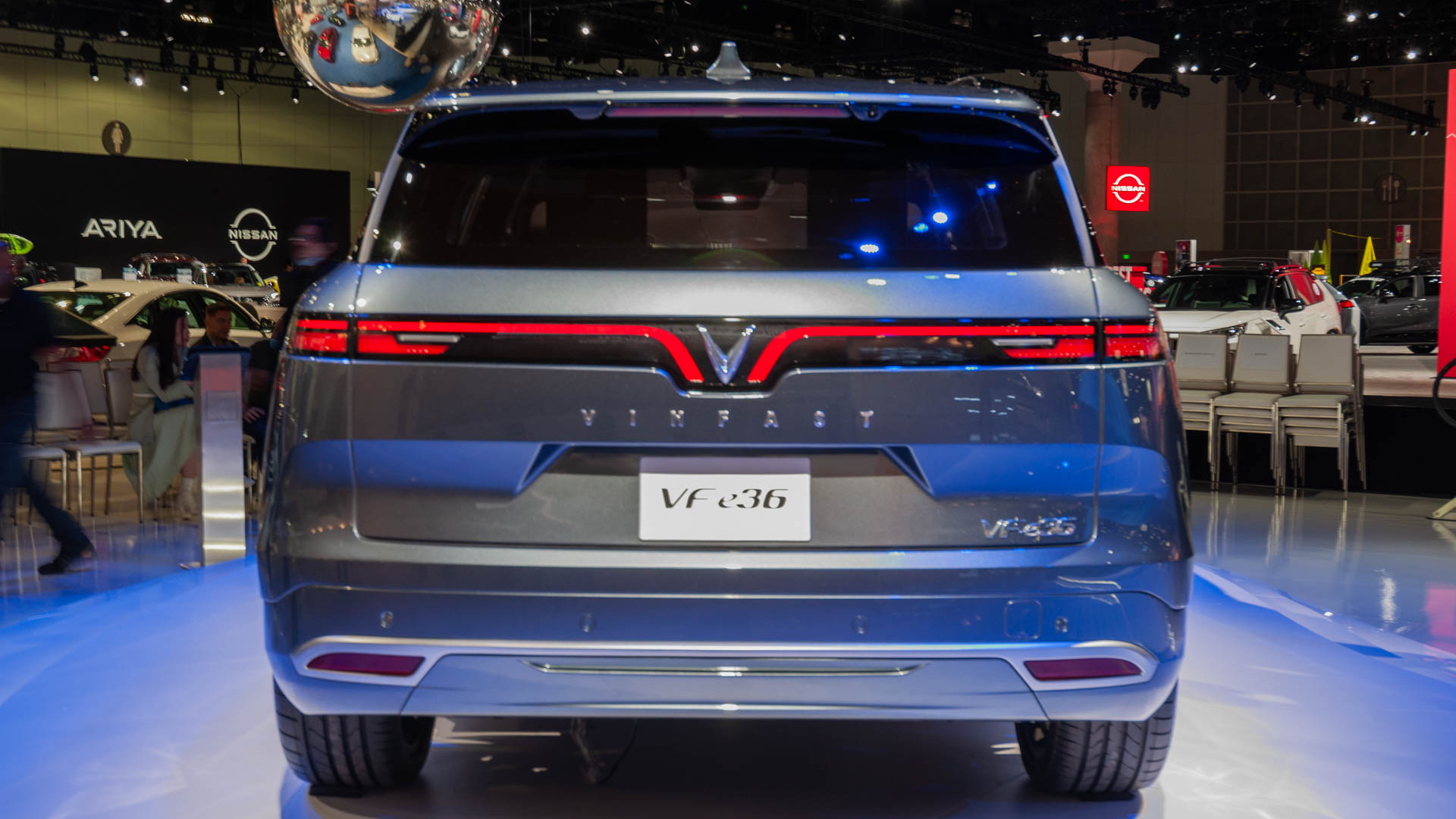 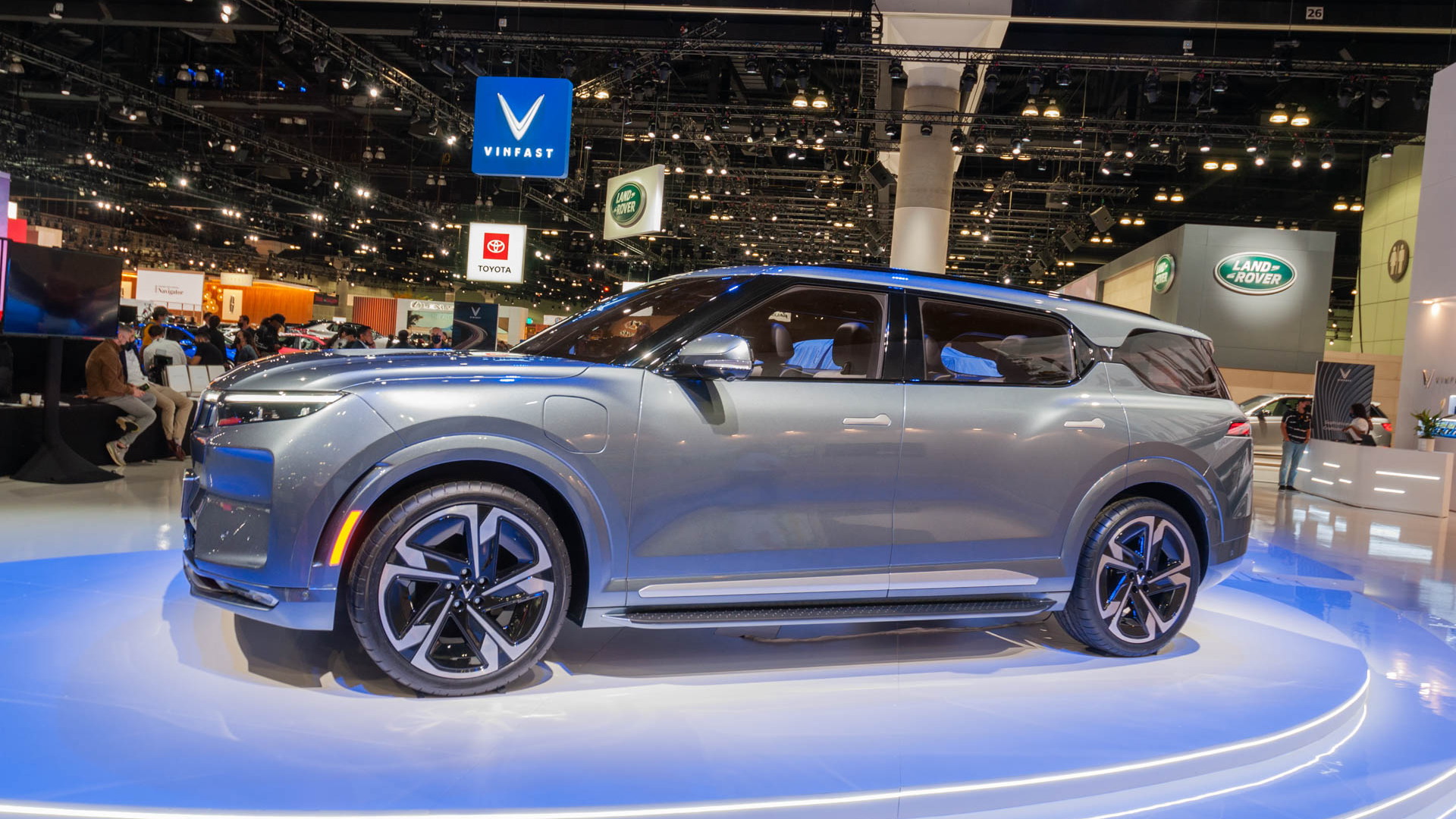 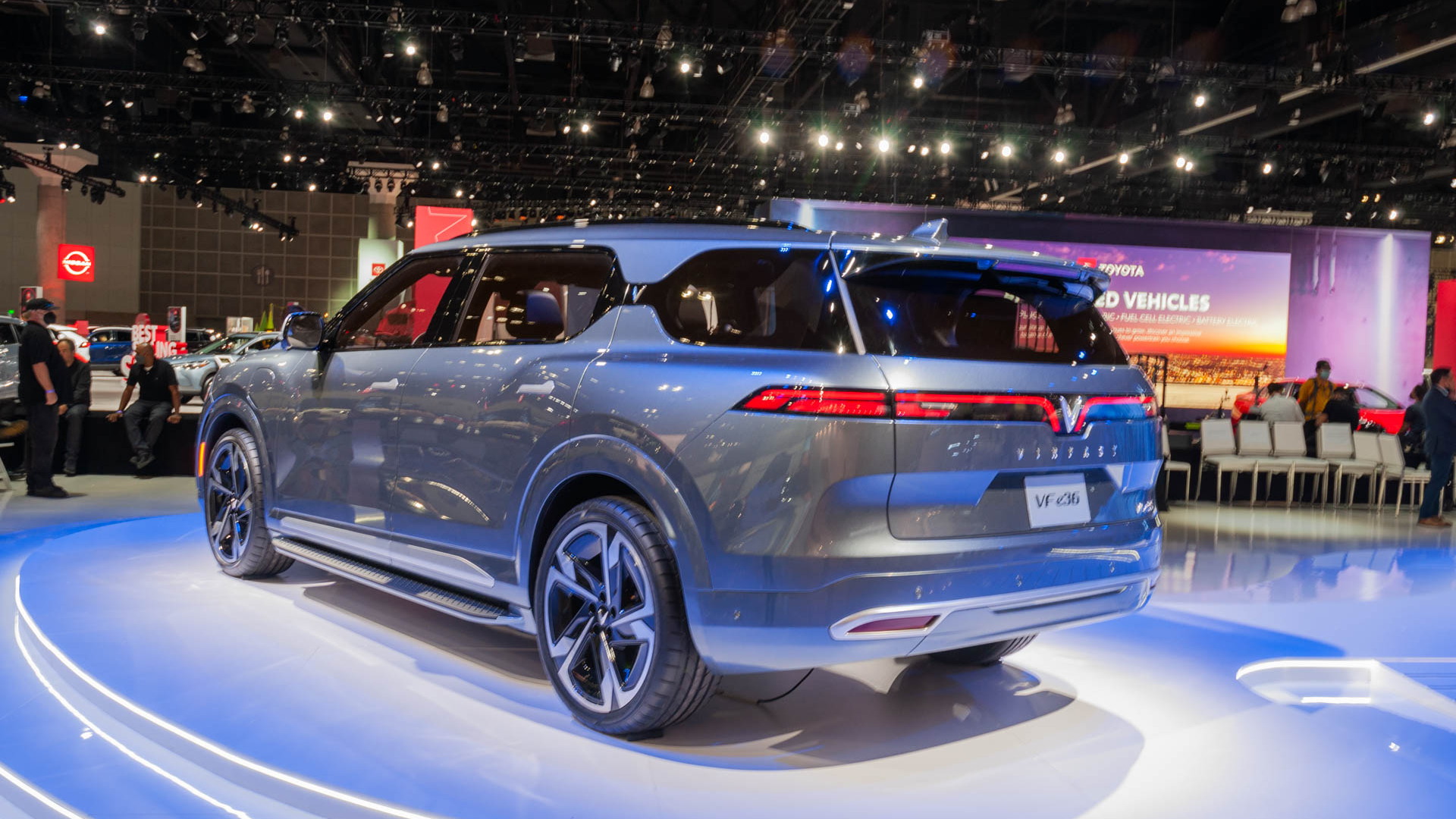 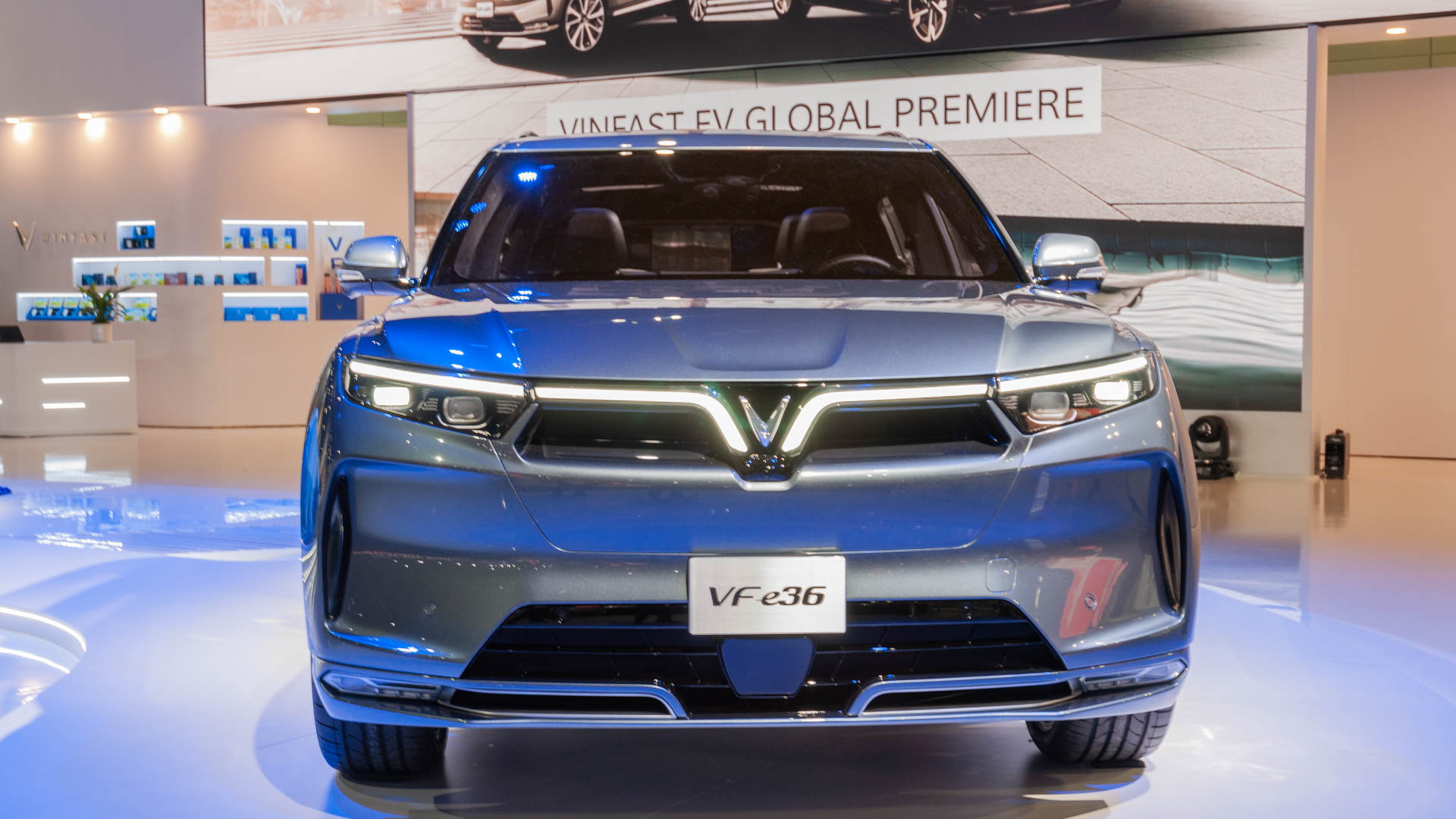 With a splashy introduction at the 2021 Los Angeles auto show, Vietnamese auto manufacturer Vinfast detailed its plans to bring a pair of electric SUVs to the United States and establish a foothold in the U.S. EV market by the end of next year with a pair of vehicles.

Confirming reports from earlier this year, those two EVs will be the VF e35 and VF e36. They form two thirds of Vinfast’s electric SUV trio, which also includes the smaller VF e34 that isn’t currently planned for the U.S. Both vehicles were on display at Vinfast’s grandiose booth at the Los Angeles auto show, in different stages of readiness. The VF e35 was more complete with an interior (though we didn’t get to climb inside), while the VF e36 had a complete exterior but a well-finished interior.

Vinfast wouldn’t discuss any new vehicle details, but both SUVs were designed by Pinafarina and engineered by Vinfast. Our previous reporting indicates the larger, three-row VF e36 will feature a dual-motor powertrain generating 402 hp and a 106-kwh battery with over 300 miles of range. For the smaller VF e35, it has a standard single electric motor option producing 201 hp, with the dual-motor setup optional. It will have two battery options, with estimated ranges of 310 and 285 miles respectively.

The company has ambitious (and speedy plans), Vinfast announced at the show that it plans to start accepting orders at the beginning of 2022 with the first vehicle deliveries happening by the end of the year. It also wants to build a factory in the U.S. by 2024 and doing so might help the automaker capture some of the expanded tax credits that are being currently being discussed.

Vinfast also announced that it had invested $200 million to set up a headquarters in Los Angeles. Additionally, the company plans to launch 60 showrooms across the country over the next year, though the bulk of the sales process will take place online.

It’s hard to hear announcements like these without thinking back to other automakers from Asia (outside of Japan and Korea) that had U.S. electric vehicle ambitions. The Chinese automaker BYD, which was previously the world’s leader in electric car sales, tried in several different ways to bring its passenger cars to the U.S.. Others included Great Wall (China), NIO (China), and Mahindra (India), although the latter was trying to sell ICE vehicles.

Despite the challenges, there are some reasons for optimism in regard to Vinfast’s chances to actually land a vehicle on American shores, starting with its significant financial backing. Vinfast is not a standalone company, it’s part of a large conglomerate called Vingroup that is led by Pham Nhat Vuong, Vietnam’s richest man. Vingroup is involved in a myriad of businesses, from owning hospitals and shopping malls, to producing smartphones, and now vehicles. In that way it’s more like Hyundai than a traditional automotive upstart, with long tendrils in other forms of business that give it some advantage in terms of scale and funding compared to a startup.

Vinfast also isn’t starting from scratch, it has already proven that it can make vehicles at its main factory in Hai Phong, selling 30,000 vehicles last year. The company stated a global EV sales goal of 15,000 units for 2022, according to Vuong at the company’s annual meeting this June and if the company’s timeline is to be believed, that will include U.S. sales as well.

There’s a lot to be done in a short period of time for Vinfast and we’ll be sure to check in as the calendar flips over to see how the Vietnamese upstart is performing.