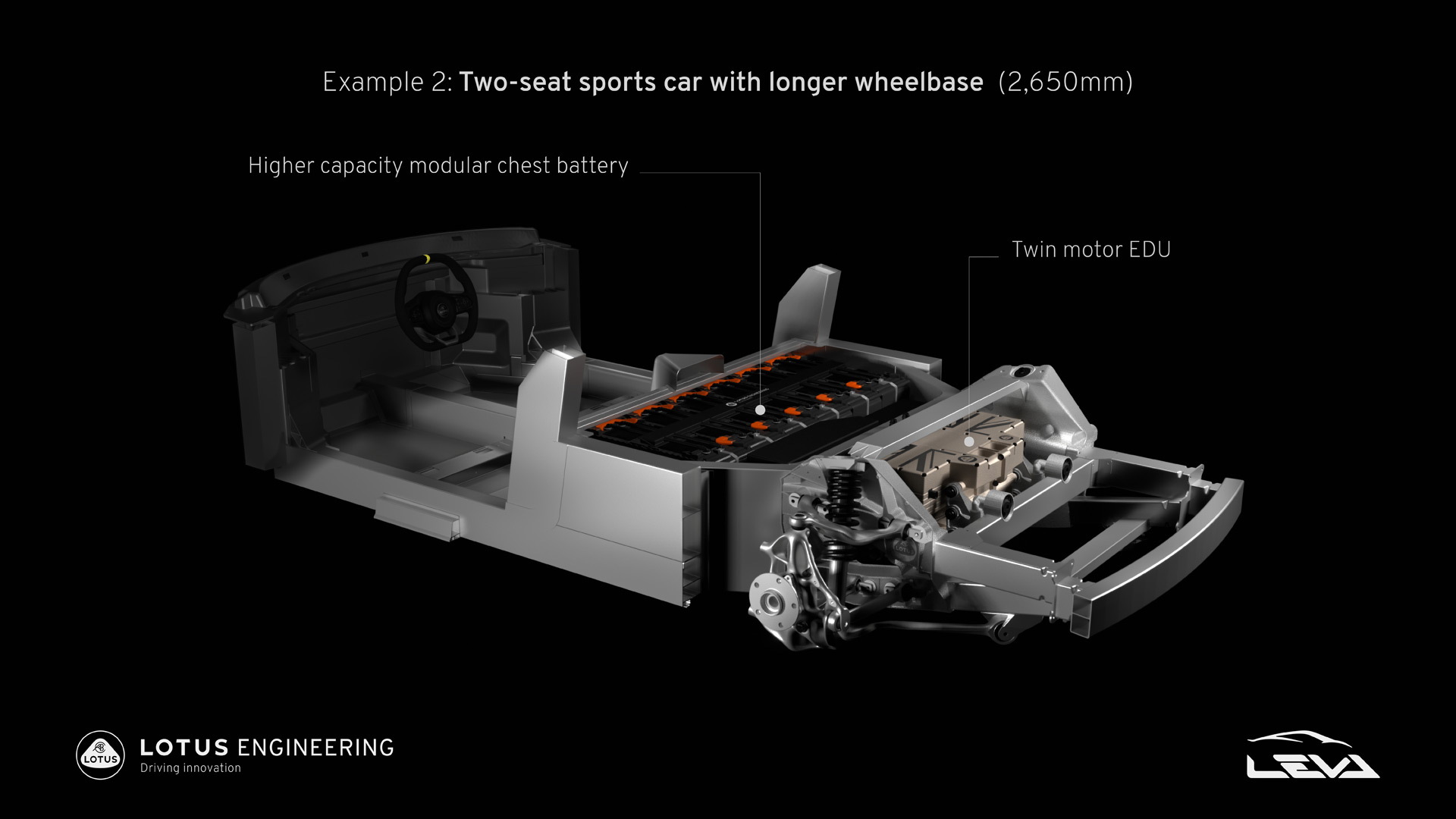 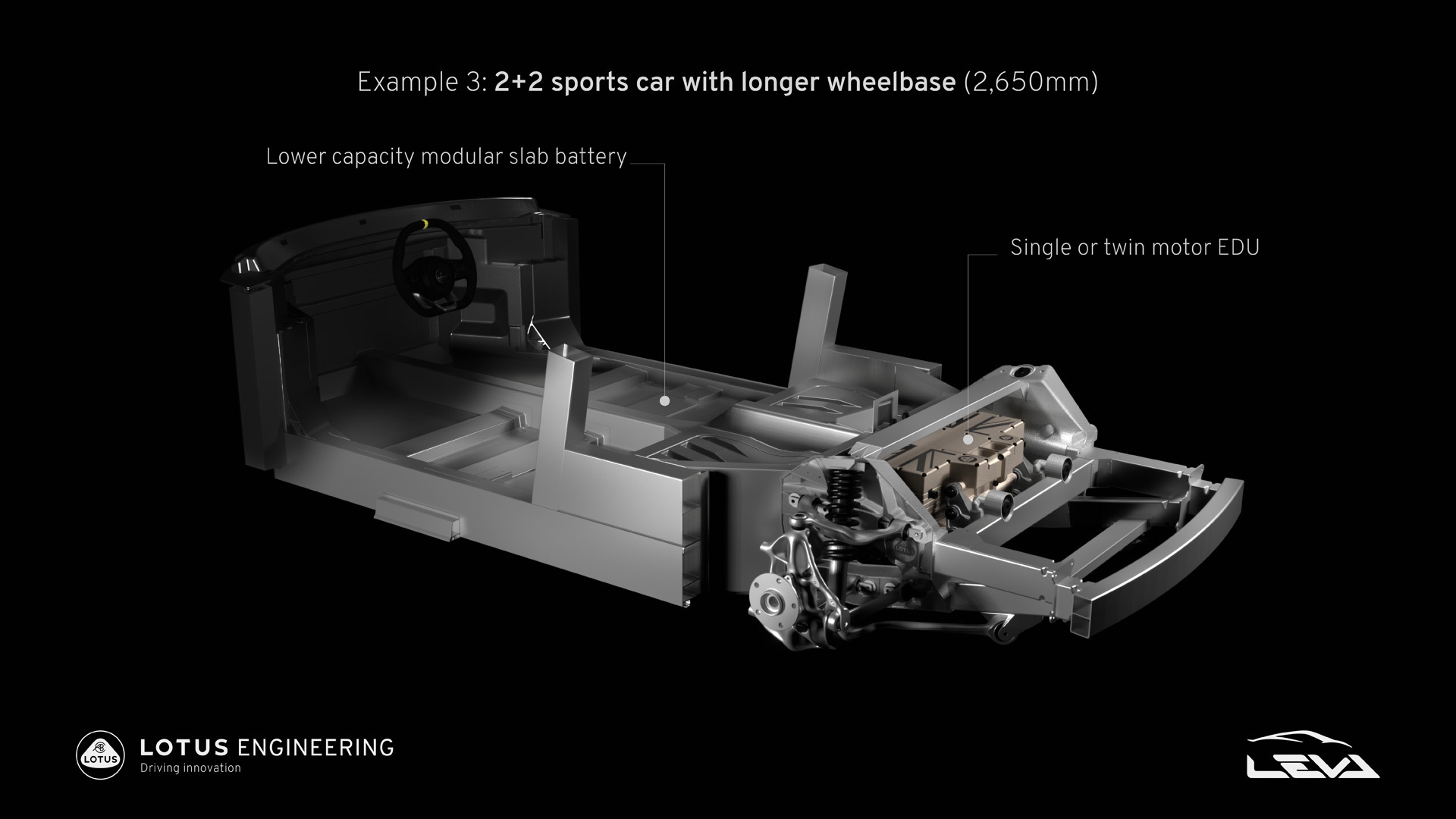 Known internally as E-Sport, the new platform was developed through Project LEVA (Lightweight Electric Vehicle Architecture), with funding from the UK government’s Department for Business, Energy and Industrial Strategy, according to a Lotus press release.

Lotus claims the E-Sport platform's rear structure is 37% lighter than that of the newly-released Emira V-6 sports car, thanks to features like an integrated electric drive unit, use of the vehicle structure as a battery enclosure, and elimination of bolt-on subframes.

The architecture is designed for a 66.4-kwh battery pack mounted under the floor or behind the seats, as well as a 99.6-kwh battery located behind the seats. It can also accommodate single-motor 350-kw (469-hp) or dual-motor 650-kw (871-hp) powertrains.

Lotus mentioned three possible body styles for this architecture: Short-wheelbase and long-wheelbase two-seaters, and a 2+2 configuration.

While not typically associated with EVs, Lotus has plenty to recommend it as a potential builder of electric sports cars.

Lotus is steeped in racing and has long been one of the most respected names for showing how to keep it light. Also, the original Tesla Roadster was a Lotus, adapted for Tesla's own propulsion system and other details.

In addition to the Type 135, Lotus is also developing the Evija electric hypercar on a separate platform. The company plans to go all-electric, claiming the Emira will be its last internal-combustion road car. The E-Sport platform will also be used by Alpine for its upcoming electric sports car.