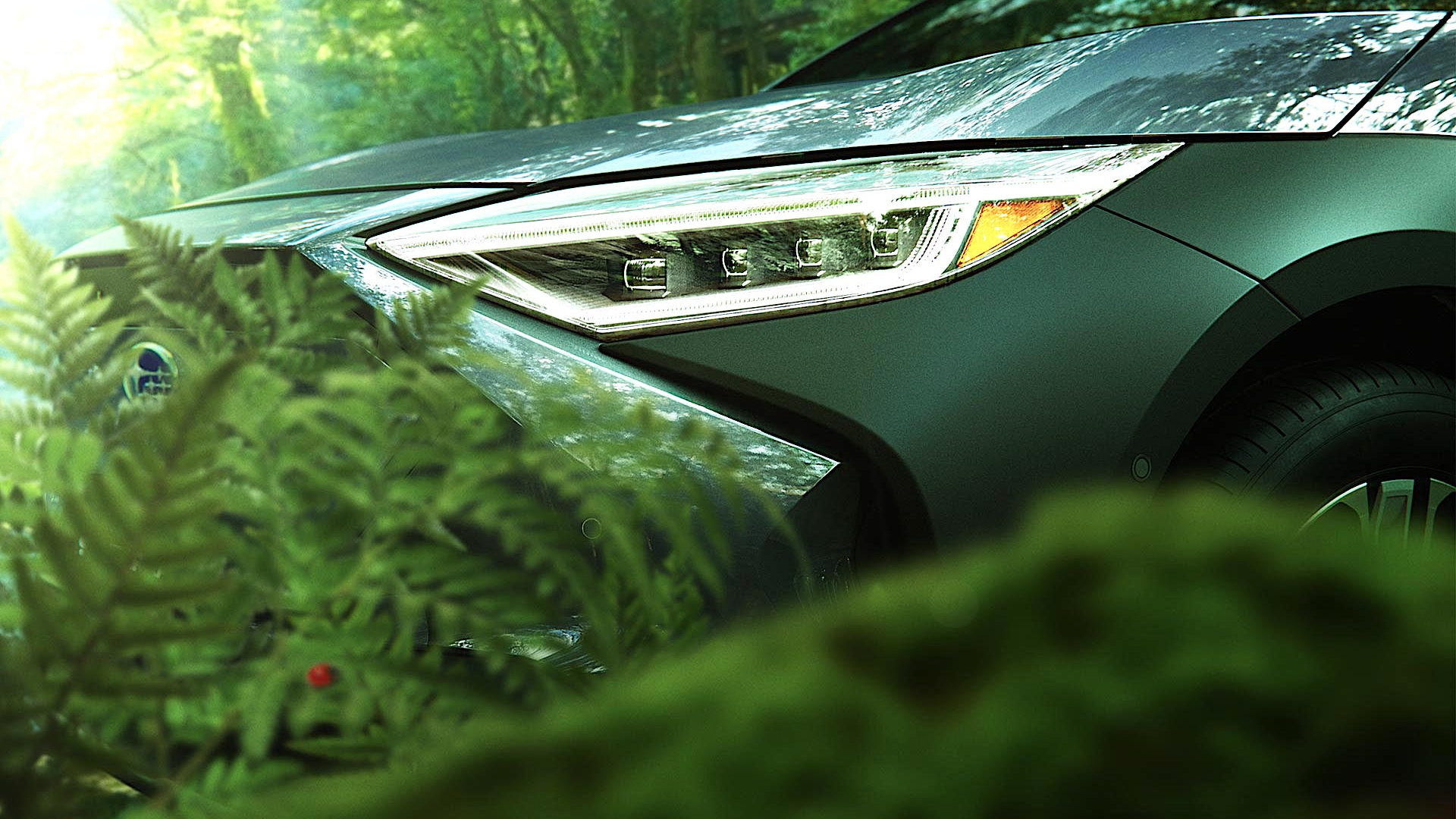 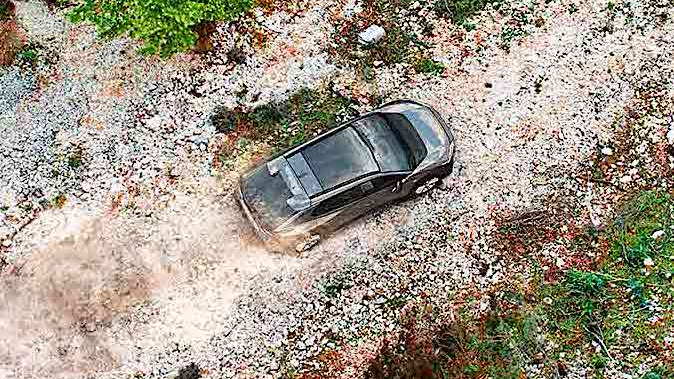 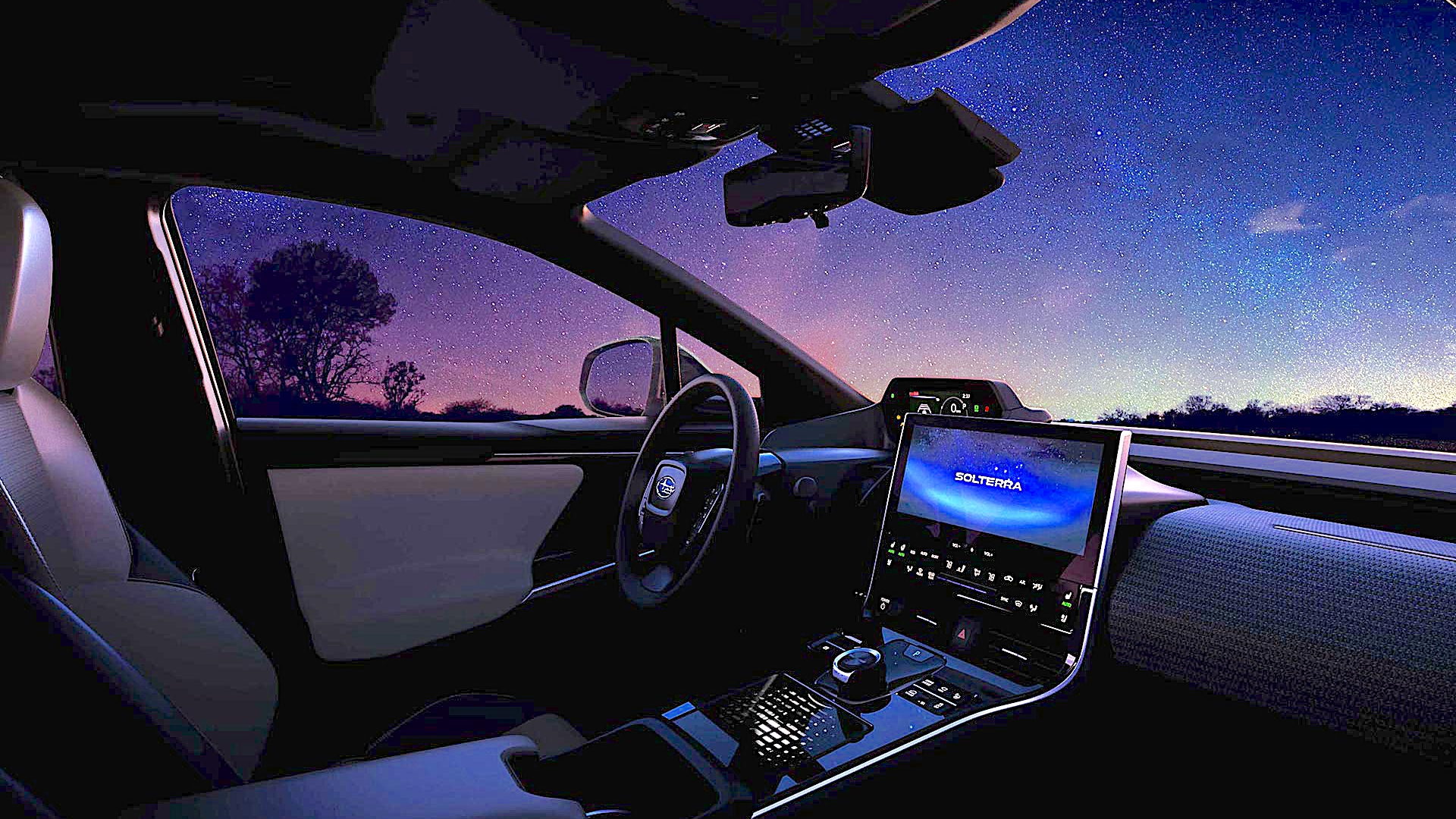 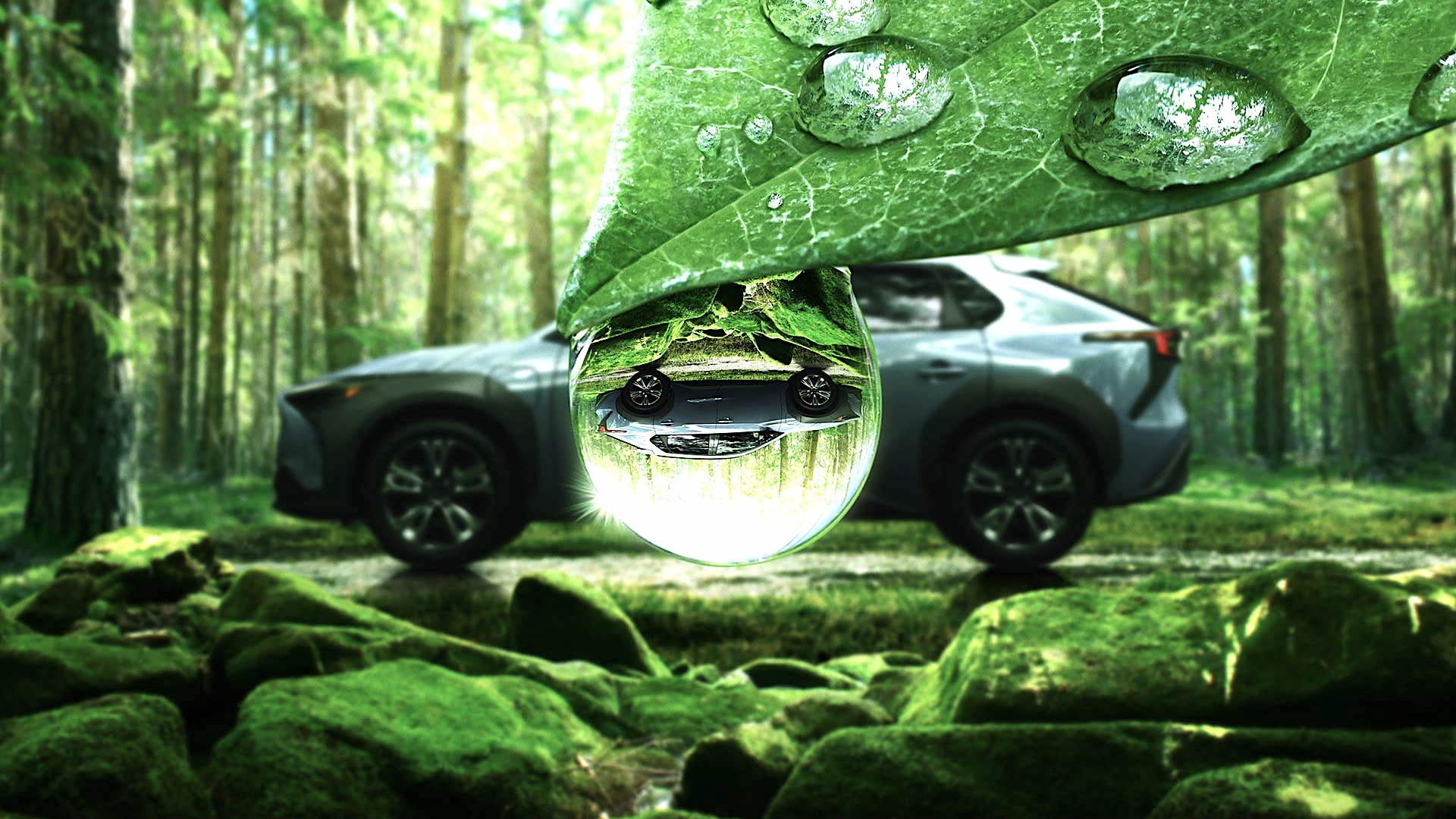 Subaru confirmed Tuesday that its Solterra electric SUV will go on sale in the U.S. in mid 2022, and revealed a few more pictures of the upcoming model. Those pictures included a peek inside to show a new interface different from that of any current Subaru.

The Solterra is due to be built on a new all-electric vehicle architecture that Subaru is developing in conjunction with Toyota—what Toyota calls e-TNGA and Subaru is calling the e-Subaru Global Platform. As such, it is expected to be closely related to the production vehicle that follows the Toyota bZ-4X Concept. In concept form, the Toyota concept has a steer-by-wire system, perhaps pointing to future advanced self-driving modes, but that hasn’t yet been confirmed for production.

Subaru hasn’t revealed dimensions for the Solterra yet, but it’s expected to be about the length and overall size of the Forester, albeit with a somewhat lower roofline. A new overhead photo is distant and, while too grainy to zoom in on, clear enough to show that the Solterra will get a large glass roof.

The Solterra interior is revealed in greater detail than the Toyota interior in one of the new photos, which clearly shows a new horizontally laid-out infotainment system, with capacitive controls for climate controls just below, plus a puck-style shifter. A new generation of steering-wheel controls are visible, as is a separate digital gauge instrument cluster just ahead of the driver.

On a marketing page geared toward the Solterra, the brand described the Solterra as “the natural evolution of Subaru all-weather, all-road performance.”

The Solterra will be Subaru’s global electric car, and its second plug-in for the U.S. Depending on location, U.S. buyers can get the Crosstrek Hybrid, a plug-in hybrid offering 17 miles of electric range and 35 mpg combined.