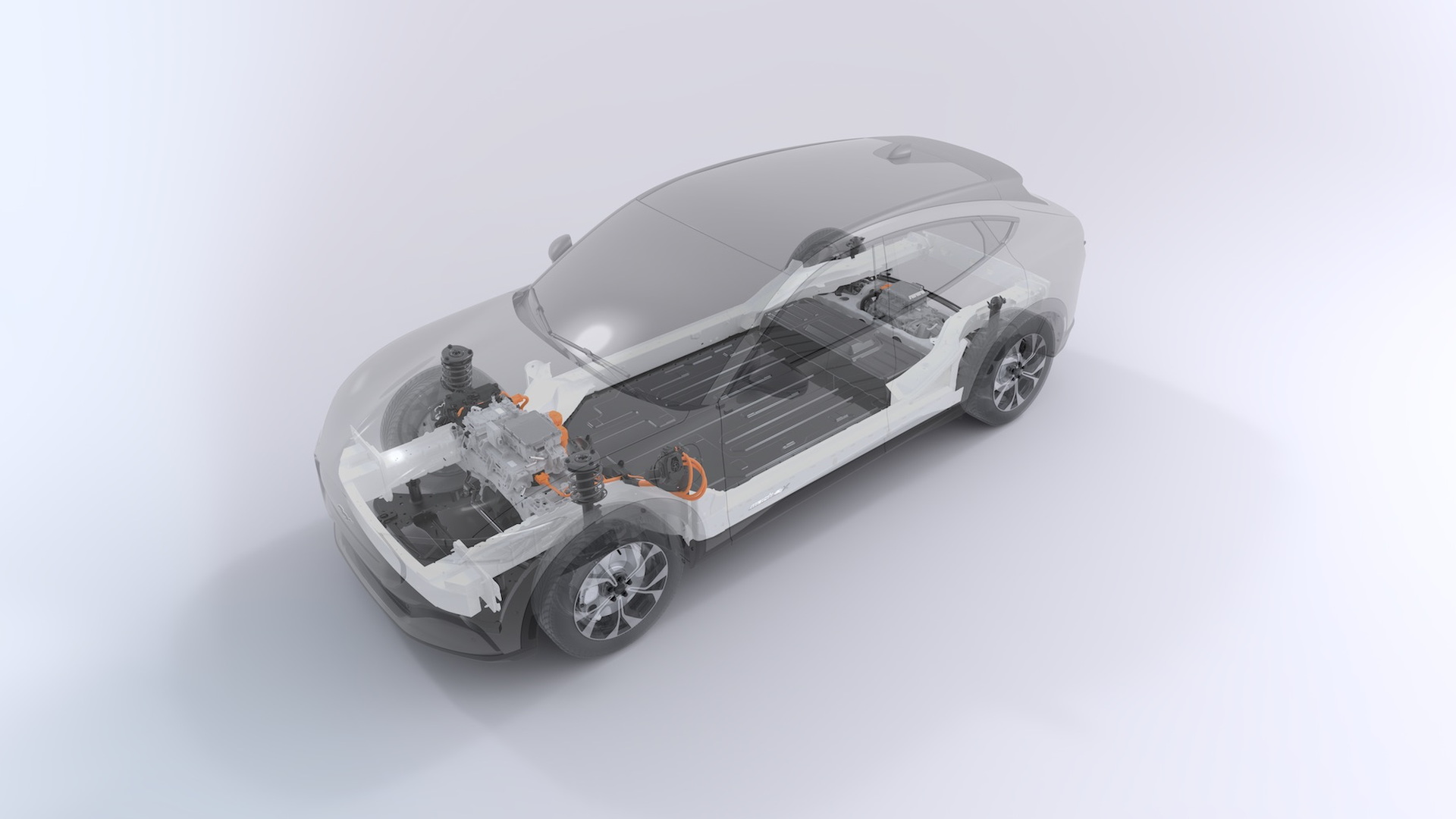 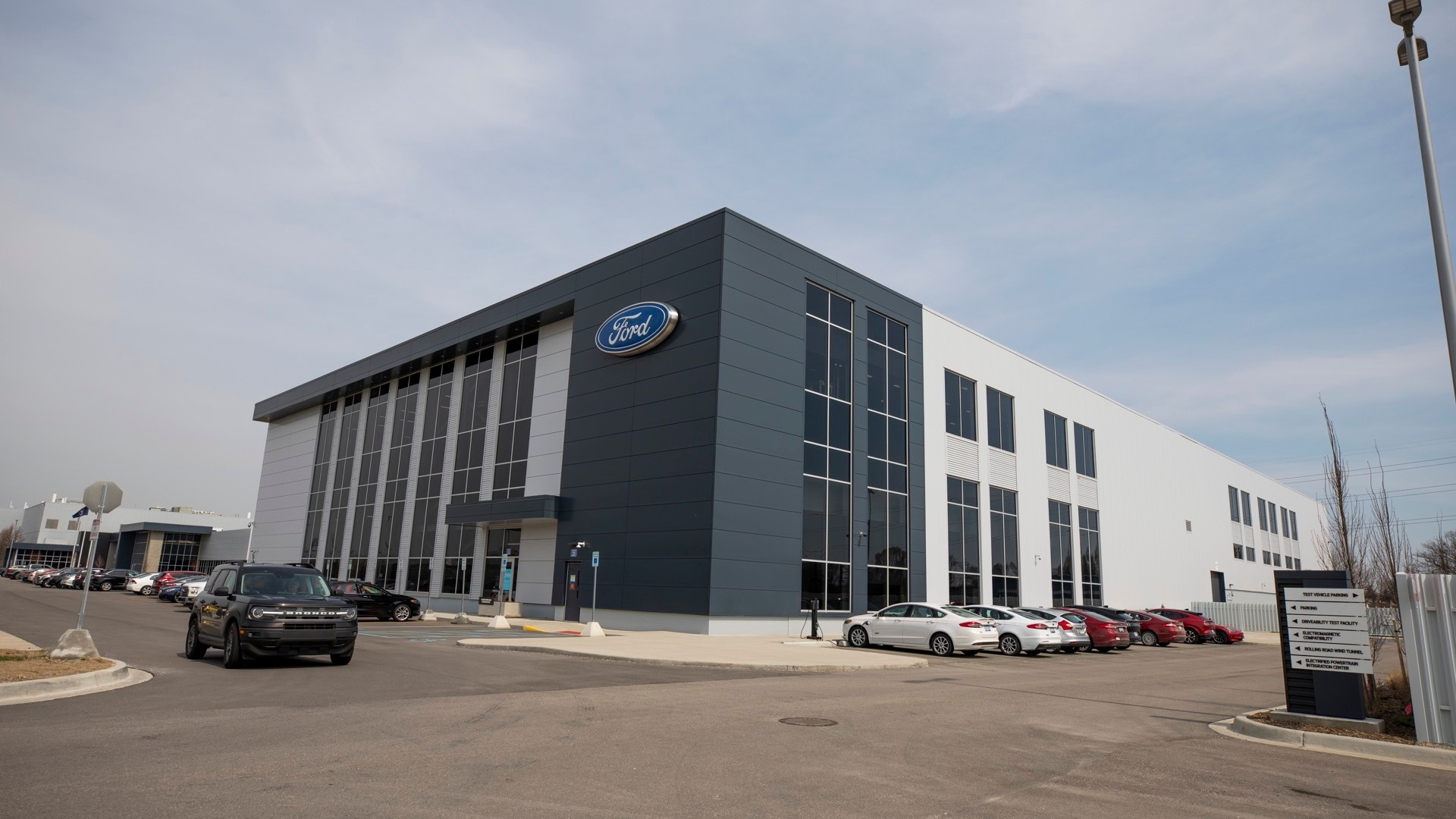 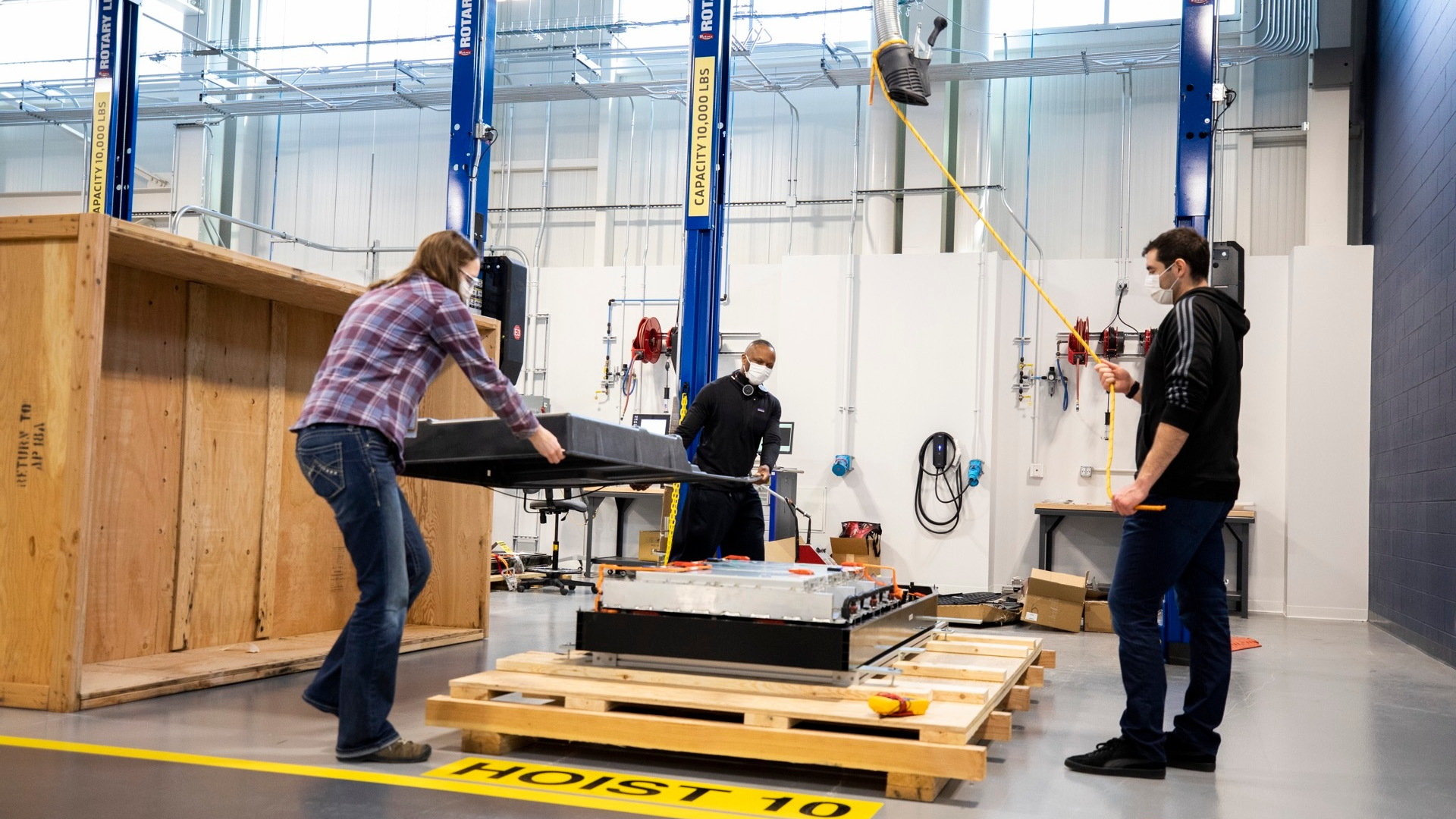 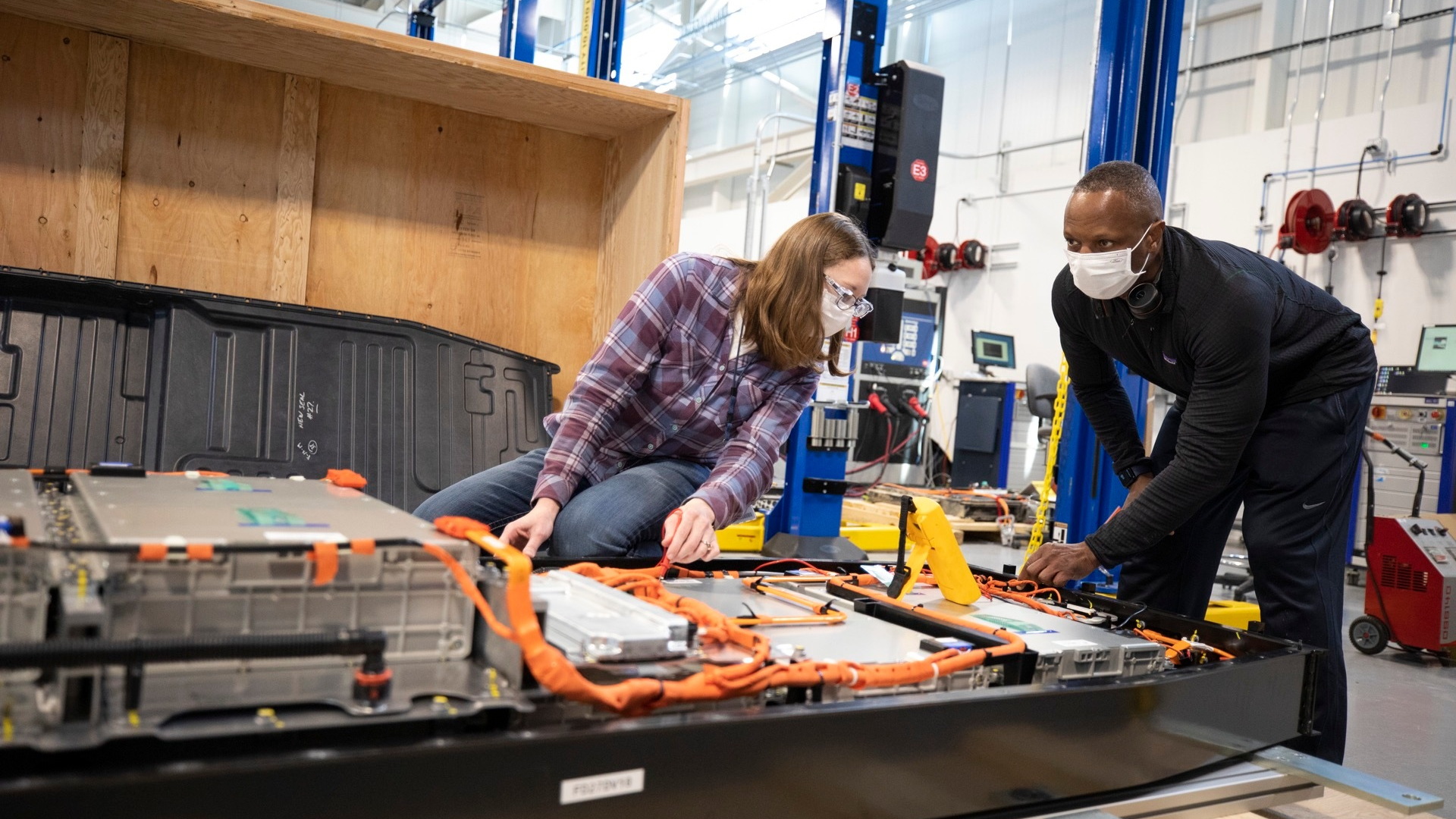 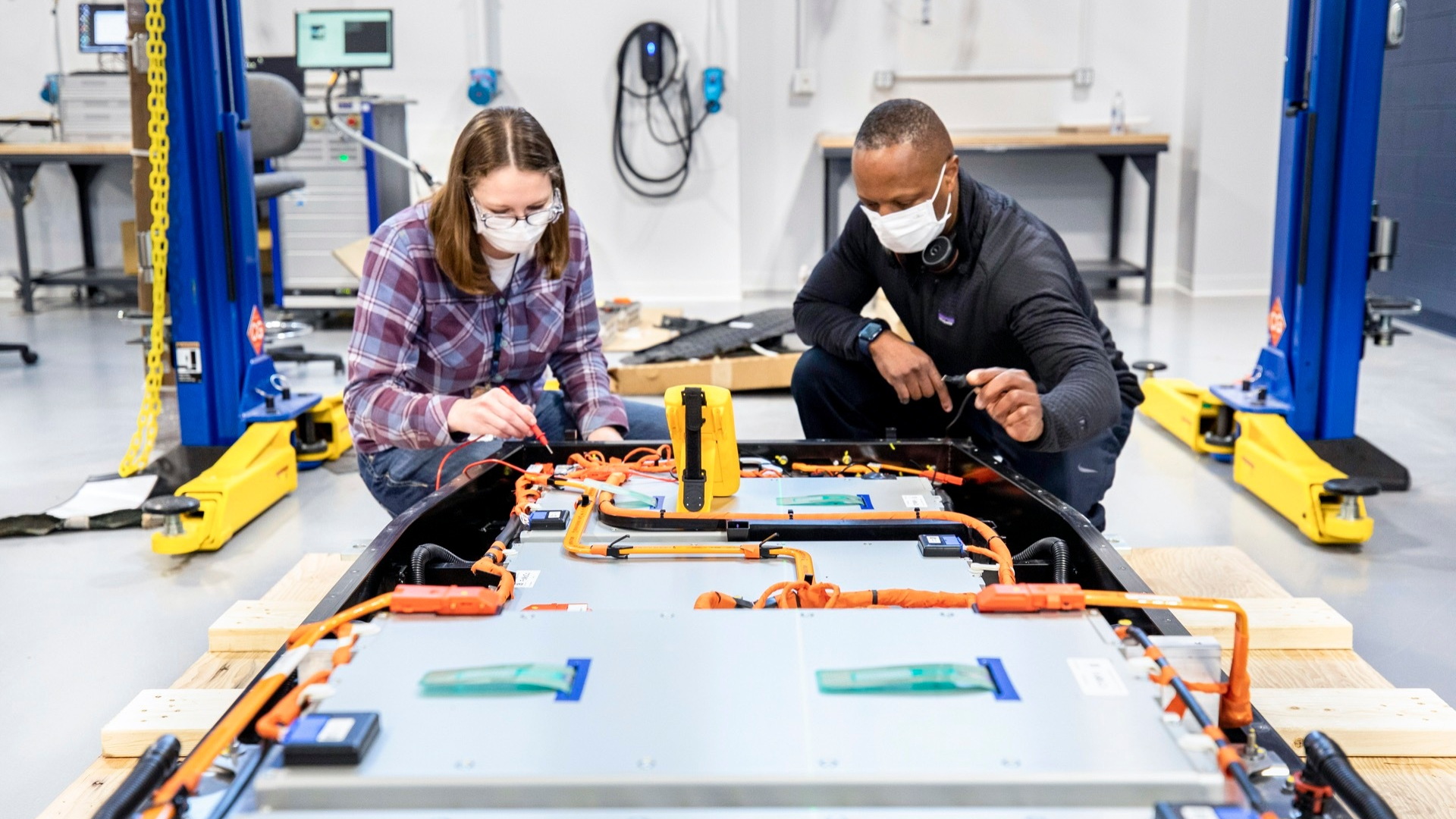 Ford plans to build and vertically integrate cells for future electric vehicles, and on Thursday it announced the establishment of a global battery “center of excellence,” called Ford Ion Park.

The move represents not just the faster pace of EV adoption seen in the market over the past year or two, but also a change in the company’s philosophy about how to include batteries. With CEO Jim Farley at the helm, Ford has gone from a position of not seeing a competitive advantage in vertical integration to seeing a day when it will be smart business to build its own batteries, including supply-chain stability.

“We now see that the market is going to develop very quickly,” said Hau Thai-Tang, chief product platform and operations officer. "And we will have sufficient scale to justify having greater levels of integration.”

Thai-Tang described the transition to EV as having three phases. Phase 1 is still the early adopter phase, where Ford believes we are currently. Phase 2 is the transition up the adoption curve, moving from early adopters to a kind of early majority. And Phase 3 is high-volume with vertical integration.

Ford declined to give a volume or battery capacity at which it sees that vertical integration making sense. GM just last week announced a second joint-venture plant with LG, to supply upcoming EVs that are a part of its Ultium propulsion strategy. Thai-Tang told Automotive News last year that the company would need to see 100,000 to 150,000 EVs annually for its own battery factory to make sense.

“We know in terms of batteries, it’s a very capital intensive business to be in...the scale and volume that we would need to have dedicated sites for Ford is a big consideration, and we’ve talked about how bullish we see this transition happening,” he said.

The Ion Park team will be led by Anand Sankaran, Ford’s director of Electrified Systems Engineering, who has worked on the original Escape Hybrid, the F-150 Hybrid, and the Mustang Mach-E.

Ford sees other technologies just around the corner, like solid-state cells, and it wants to plan so it can reuse as much of the manufacturing process and assets as possible. Thai-Tang referred to Toyota and its vertical integration for nickel-metal hydride cells and its barriers in pivoting to lithium-ion.

The new facility includes plans for pilot production of cells, electrodes, and arrays, as well as manufacturing techniques.

In the meantime, Thai-Tang said that Ford is working with “the best suppliers from Japan, Korea, China, all around the world.” That includes SK Innovation, which will supply cells for the upcoming F-150 Electric from a plant in Georgia.

This isn’t the first such facility for Ford, but it integrates its battery teams. Ion Park will involve 150 battery tech experts spanning R&D, manufacturing, planning, purchase, quality, and finance, according to Ford. Essentially, the company’s decision-making for these increasingly important components all under one roof. Ford’s Battery Benchmarking and Test Laboratory in nearby Allen Park, Michigan, already has 150 test chambers, including the capability to test for extreme weather and use cases. That 185,000-square-foot lab has already analyzed more than 150 types of battery cells, according to the automaker.

Ford currently assembles batteries into modules at a Rawsonville, Michigan, plant and e-motors at the nearby VanDyke Transmission plant. The E-Transit and F-150 Electric are due to share some of the same modular components made at those facilities.

Ford is also investing $1 billion on a new EV manufacturing center in Cologne, Germany, in advance of a volume model that will be made there in 2023.

The battery plans are part of a planned $22 billion investment through 2025, with the Mustang Mach-E already on sale, followed by the E-Transit later this year and a Ford F-150 Electric on the way by mid 2022.