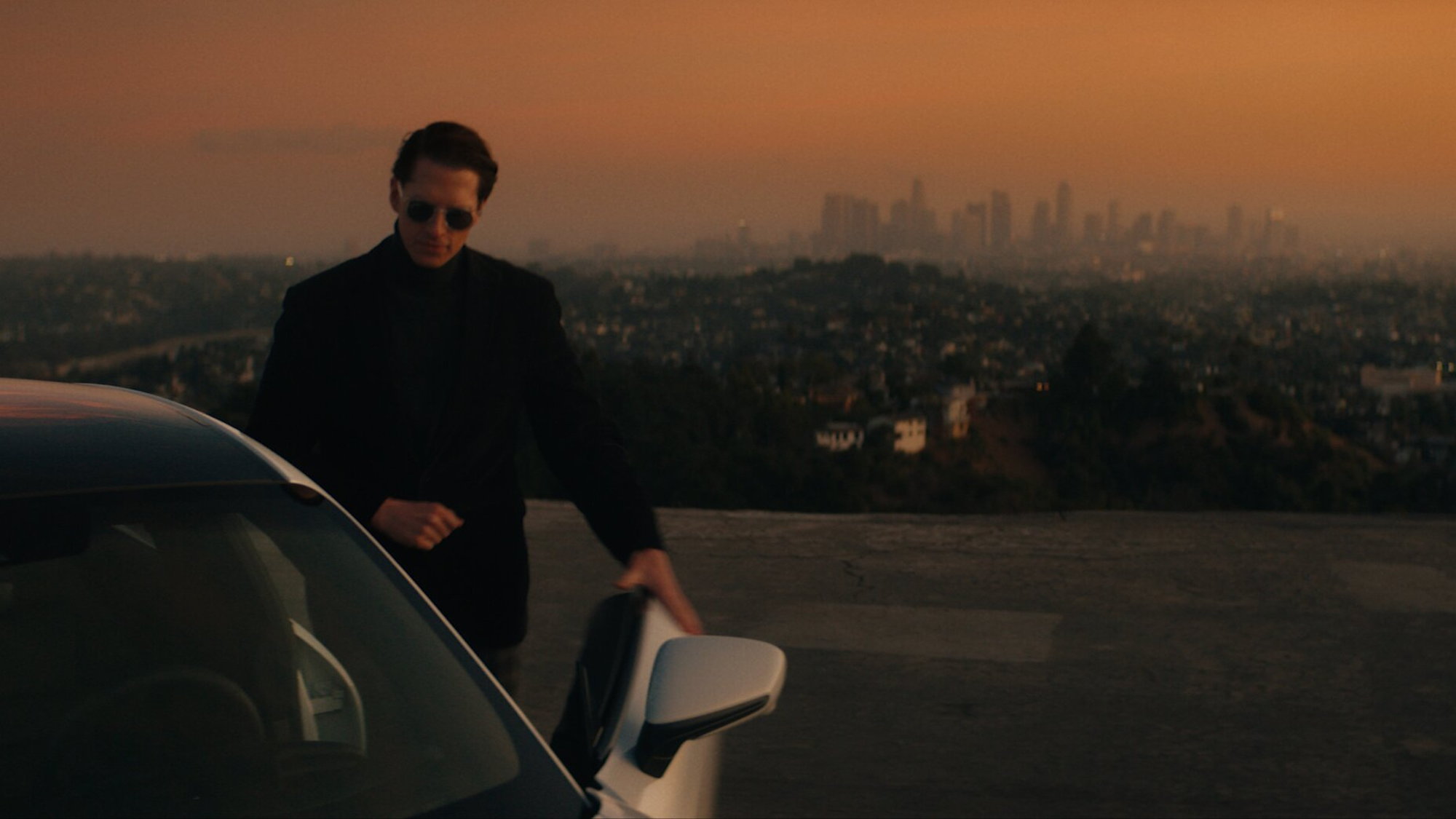 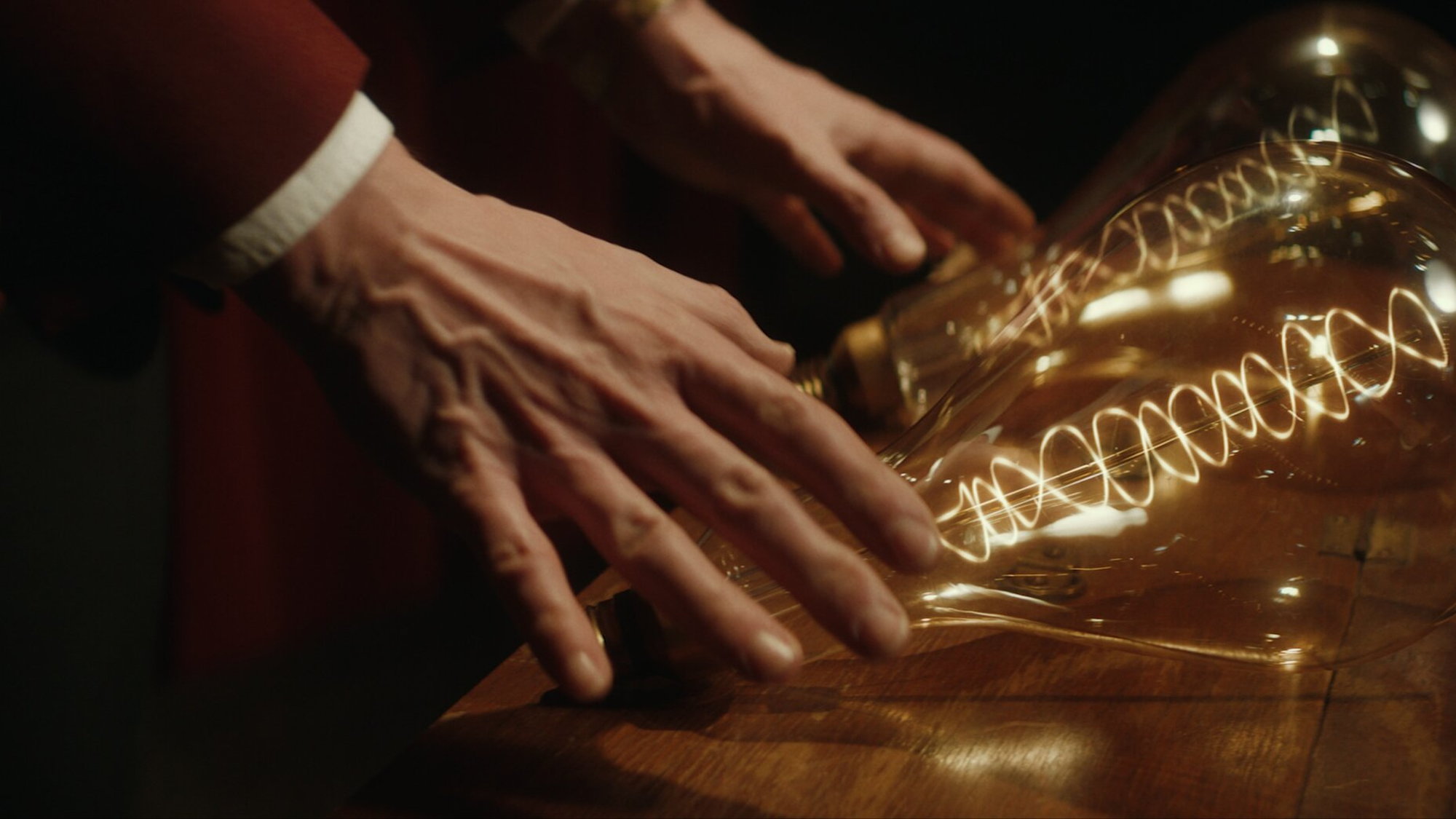 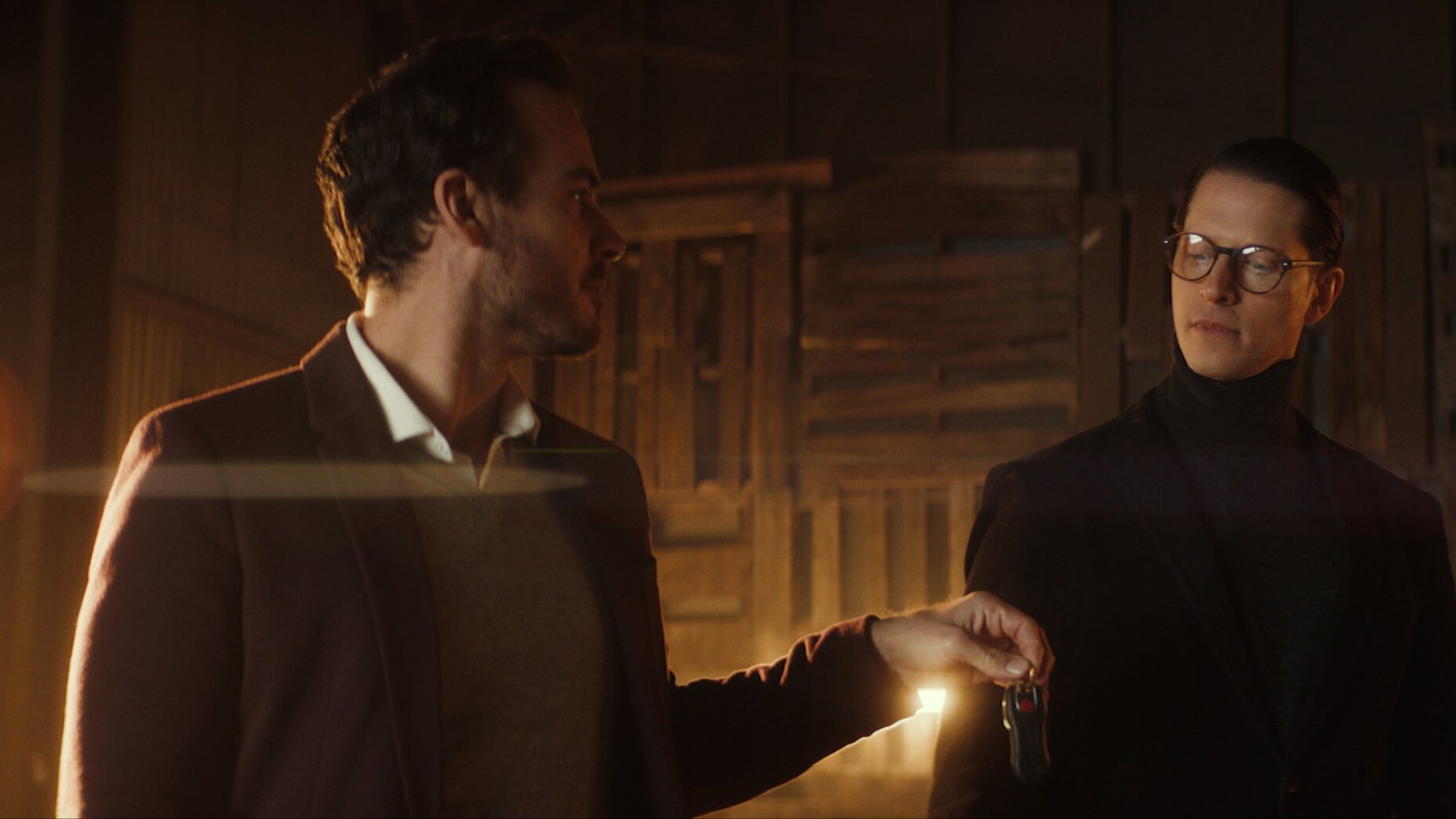 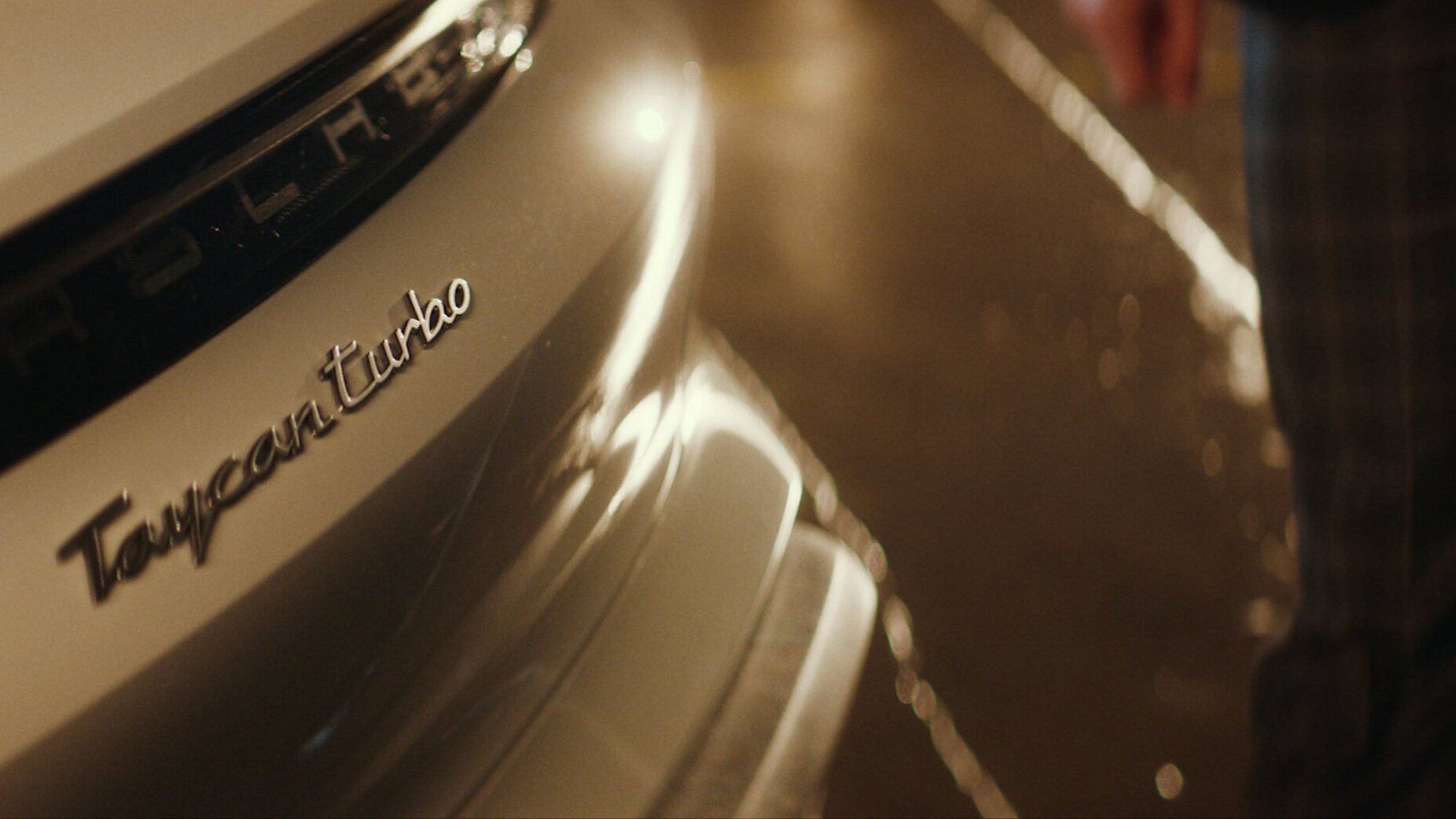 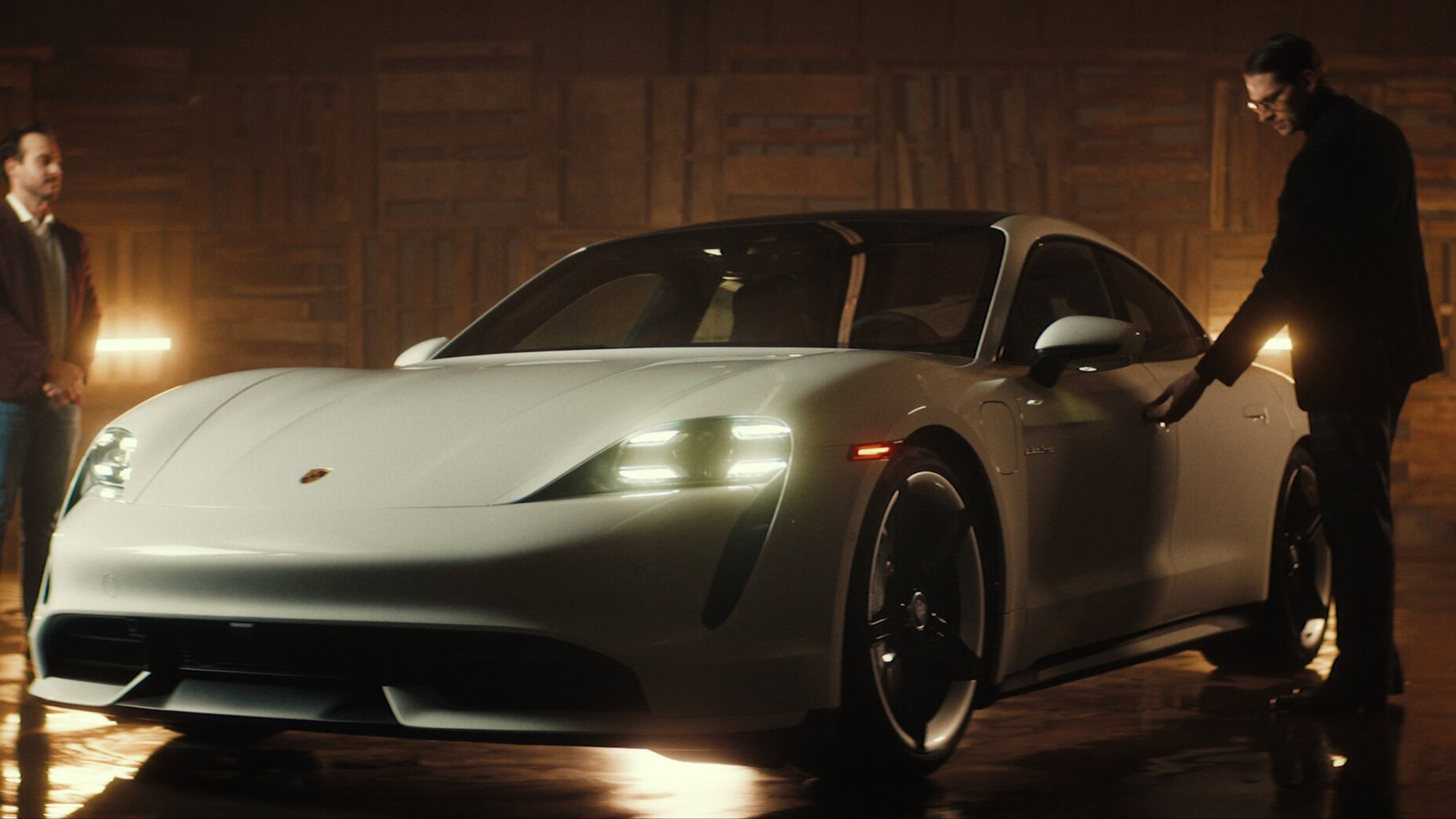 One of the most memorable new EV ads features the Porsche Taycan, and it won’t air during the Super Bowl.

It’s called "Mr. E," and this unofficial ad-style short goes in territory that hasn’t been touched by big ad campaigns or by EV advocacy groups: Imbue electric vehicles, or the idea of electricity as a misunderstood force of good, with human qualities.

It might take a view—or two, or three—to appreciate. But based on what happens in the last half-minute or so, you’ll likely want to watch it again.

The cinematic short is a product of Jeremy Heslup, of Valkyr Productions, who produced the ad on-spec, meaning they self-funded its production to show what they’re capable of.

It was shot at 11 locations, with 25 cast and 10 crew at a time due to Covid restrictions, Heslup told Green Car Reports. They started with the idea in October, and it took about a month to cast, with final color done by Company 3 this month.

“I feel that the EV market is reaching a tipping point where it becomes not only practical but also fun,” said Heslup, who drives a 1975 Porsche 911 Targa. “Mr. E is a way to bottle up the ethos of the brand and effort surrounding the car into a relatable and memorable character.”

Granted, the ad might have reached out to a new audience merely by choosing a different physical form. The creators could have cast a “Ms. E” instead—perhaps someone who’s not wearing a sanctimonious turtleneck-and-blazer combo, or delivering what sounds like a German-Austrian accent, although we understand the tie-in with Nikola Tesla and Porsche.

The German hat-tips aren’t coincidental, and credit where credit is due, it’s not an original concept. It’s a brilliant concept, albeit a direct takeoff—an homage—of this 2007 ad, “Mr. W,” originally produced for the German Ministry for the Environment.

Porsche did run an official Taycan ad during last year’s Super Bowl. In “The Heist," a group of “thieves” sneak out from the museum with the Taycan and other classics.

That—and GM's new ad featuring Will Ferrell challenging Norway's leadership on EVs—might indeed be a better fit for the Big Game, but for those of us raised on decades of ads, movies, and TV shows that anthropomorphize tire-shredding, gasoline-swilling cars, this very different take is also a good start.

Is an ad like “Mr. E” more likely to grab those who haven’t thought as much about what’s fueling and powering their vehicle? What if this were a real Super Bowl ad? Let us know what you think in your comments below.