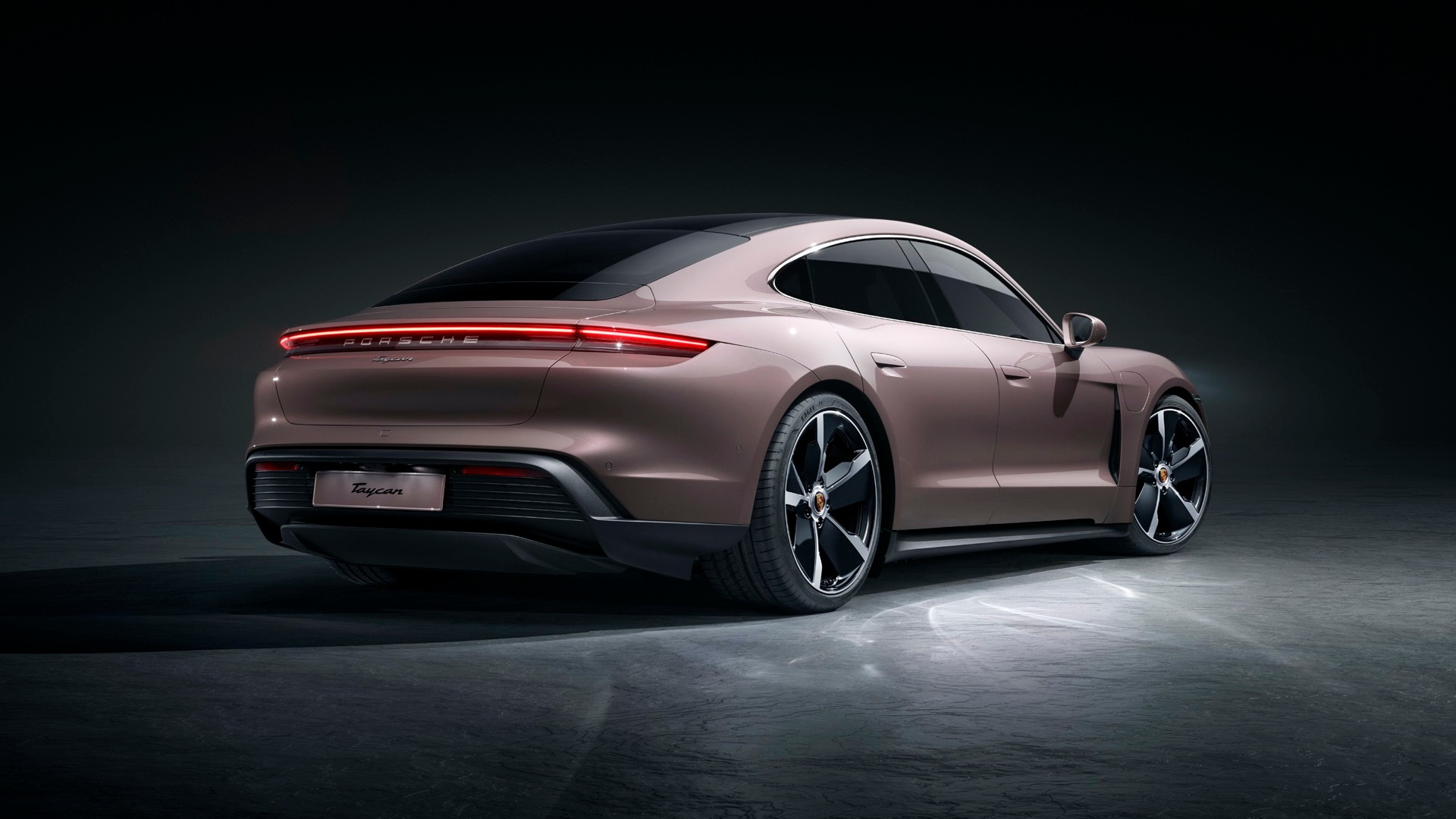 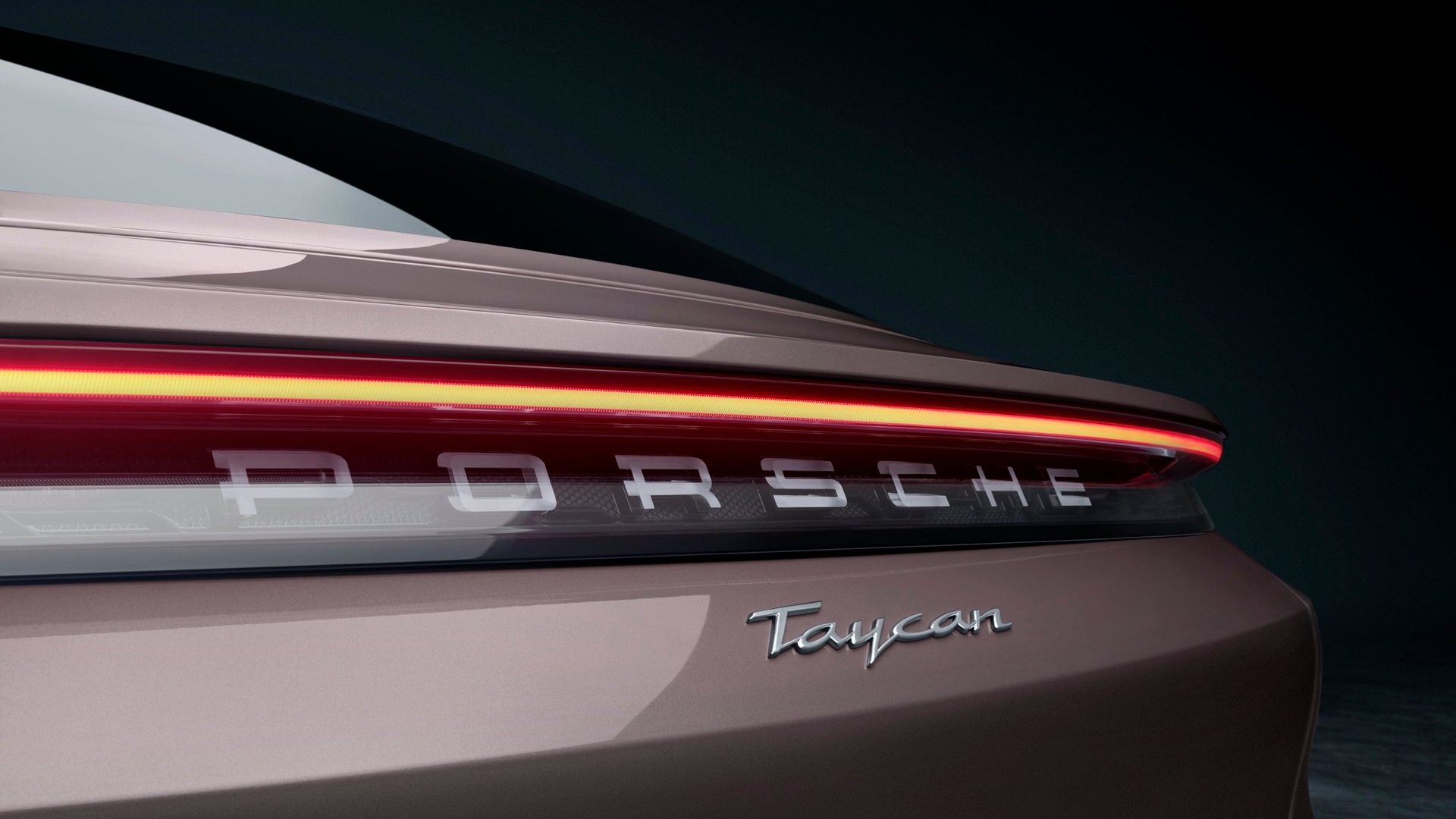 Porsche announced the availability of a base rear-wheel-drive version of the Taycan electric car for the U.S. on Tuesday.

Taycan buyers are potentially eligible for the $7,500 federal EV tax credit, so it amounts to an effective price of $73,750 for those who can claim it. That works out to about $3,000 more than the Tesla Model S, as Tesla buyers currently aren’t eligible for the tax credit.

The rear-wheel-drive Taycan, which arrived for China last summer, uses the same two-speed dog-ring rear gearbox, allowing a low ratio for strong launches and a high ratio for efficiency and top speed.

Altogether, the base Taycan makes up to 402 hp and 254 lb-ft with launch control. That’s versus the Performance Battery Plus version's 469 hp and 263 lb-ft in its launch control mode.

The base battery charges at a lower peak of 225 kw—versus 270 kw—but its smaller capacity assures the same charging time of 22.5 minutes from 5% to 80%

The base Taycan has the same brake size and rotor thickness—six-piston in front, four in back—as the Taycan 4S, but cosmetically they’re distinguished by a black calipers and alloy wheels on the base model versys red calipers and polished alloy/gloss-black wheels for the 4S. Both ceramic brakes and surface-coated brakes are optional. The affordable version also has the same rear motor and 600-amp inverter as the Taycan 4S, and it can pull the same 265 kw of maximum recuperation as the other versions.

Also included in the Taycan is Porsche Active Suspension Management, which allows a wide range of adjustability in ride quality. The adaptive air suspension that’s offered throughout the rest of the lineup as a standard feature is optional here.

Porsche says that efficiency and range ratings are yet to come; and a series of reports from last year leaves us optimistic that the base version with the largest battery might have the longest range of the lineup—longer than the 203-mile rating of the 4S. As Porsche notes, completely removing the front power unit cuts about 200 pounds from the car. With the new battery and rear-wheel drive, the base Taycan has the lowest curb weight in the lineup—just 4,566 pounds. Add the larger battery and it only goes up to 4,742 pounds. However Porsche notes that its coefficient of drag goes up to 0.24, versus 0.22 in 4S models, due to the behavior of the other models’ automatically lowering air suspension.

Other features that Porsche has already outlined for the 2021 Taycan include compatibility for Apple CarPlay and Apple Music and a new Function on Demand feature that will allow you to purchase new features over the air. Options include a 19.2-kw onboard charger, a head-up display, massage seats, and a feature that will juggle traffic and charging stops as part of dynamic navigation.

These most affordable versions of the Taycan are due to arrive to U.S. dealerships starting in spring 2021.