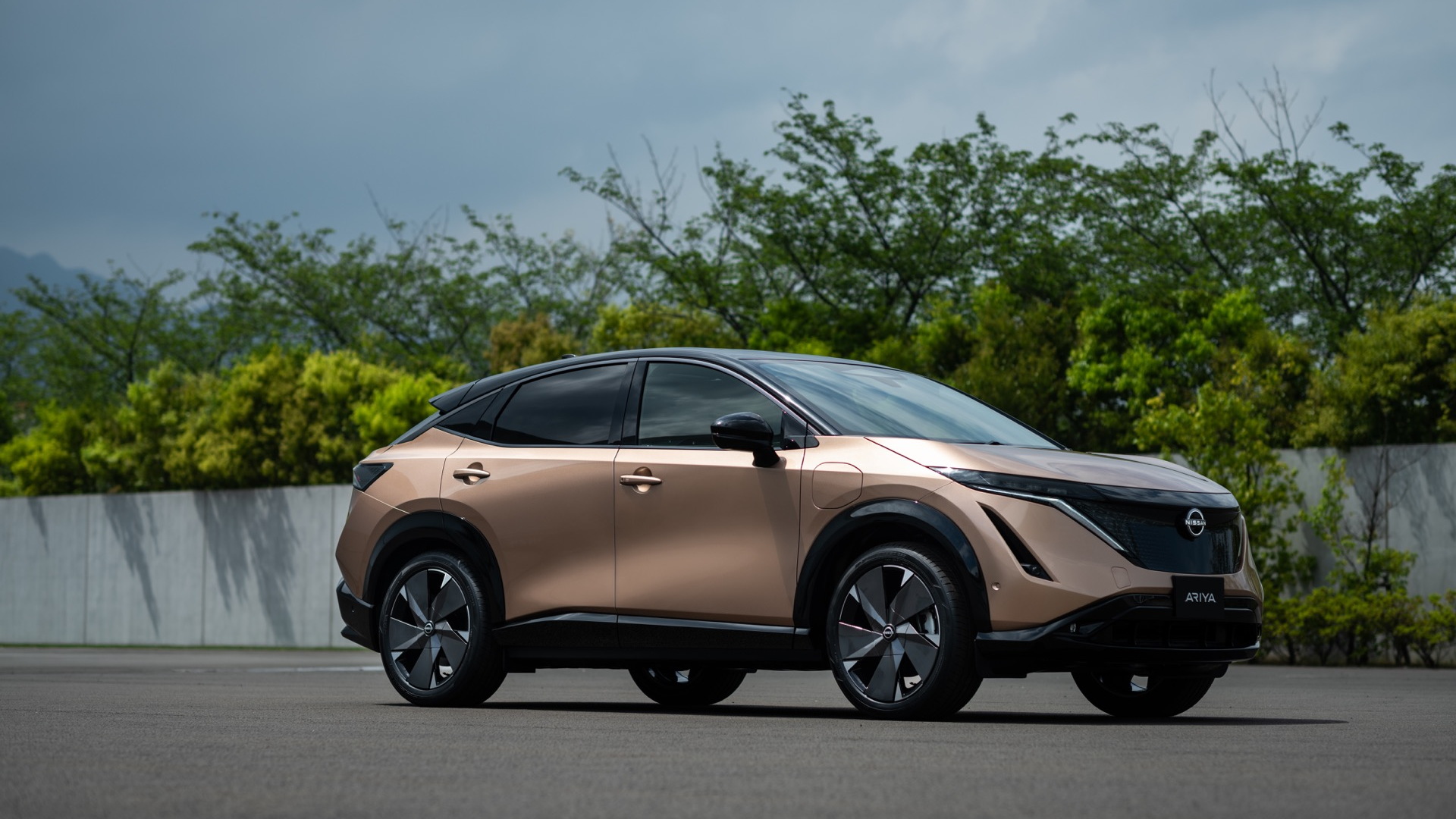 Nissan announced on Friday—just days ahead of a U.S. election that’s likely to affect electric-vehicle adoption for the decade—that it has brought “a few” early production prototype units of the Ariya electric crossover to Europe, to help build anticipation for its arrival there later in 2021.

Europe has had a very strong year for electric vehicle sales and market growth, while crossovers have taken a much larger portion of the market. Consider those two trends together, and it’s quite clear why a relatively affordable electric crossover like the Ariya is so important.

Nissan hasn’t yet revealed U.S. details for the 2022 Ariya—or given any hints about such prototypes yet—beyond what was said with this summer’s reveal. Nissan has said that the Ariya will start around $40,000 with the smaller of its two battery packs—65 kwh (63 usable)—prior to the $7,500 federal EV tax credit. A larger 90-kwh battery will be offered on upper-trim versions.

Although the size of the Ariya fits in closely to one of the greatest growth segments in the U.S. market in recent years, some of its appeal here likely rides on the election results, and how aggressively the U.S. adopts a cohesive plan to green the fleet and embrace EVs.

As the automaker disclosed in July, the model will go on sale in Japan mid-year 2021, followed by a U.S. arrival in the second half of 2021, with European deliveries to follow after that.

It’s likely no coincidence that Volkswagen set the price of its ID.4 electric crossover, which is about the same size, at an almost identical $39,995, or $41,190 with the mandatory destination fee. That model will come with an 82-kwh battery pack (77 usable), while an even more affordable model with a 62-kwh (58 usable) pack will arrive later.

One other rival to the Nissan Ariya both in the U.S. market and in Europe will include the 2021 Ford Mustang Mach-E, which starts at $43,995. Top-of-the-line versions of the Ariya will tangle with the somewhat more upmarket Tesla Model Y and Volvo XC40 Recharge, however.