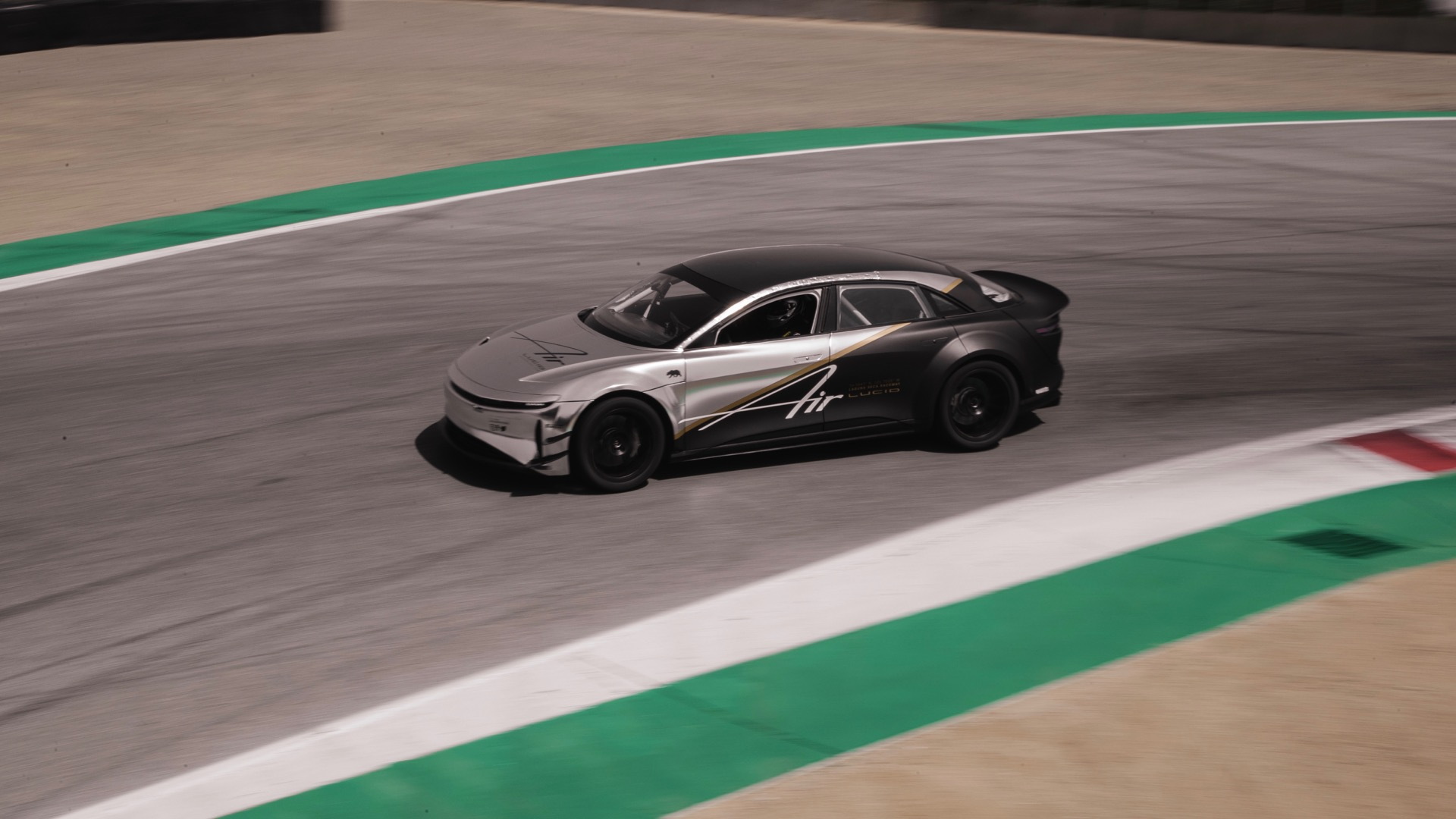 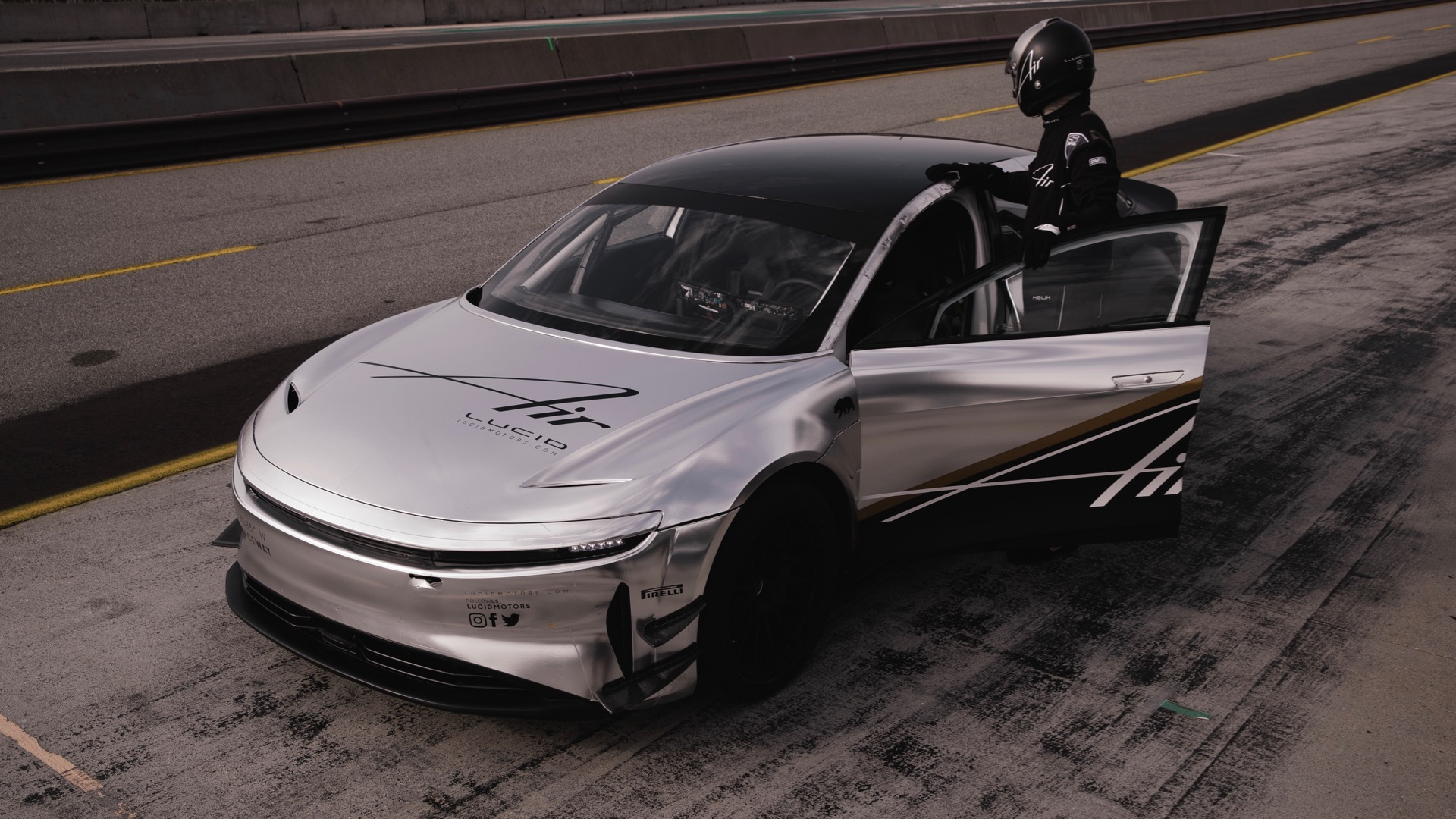 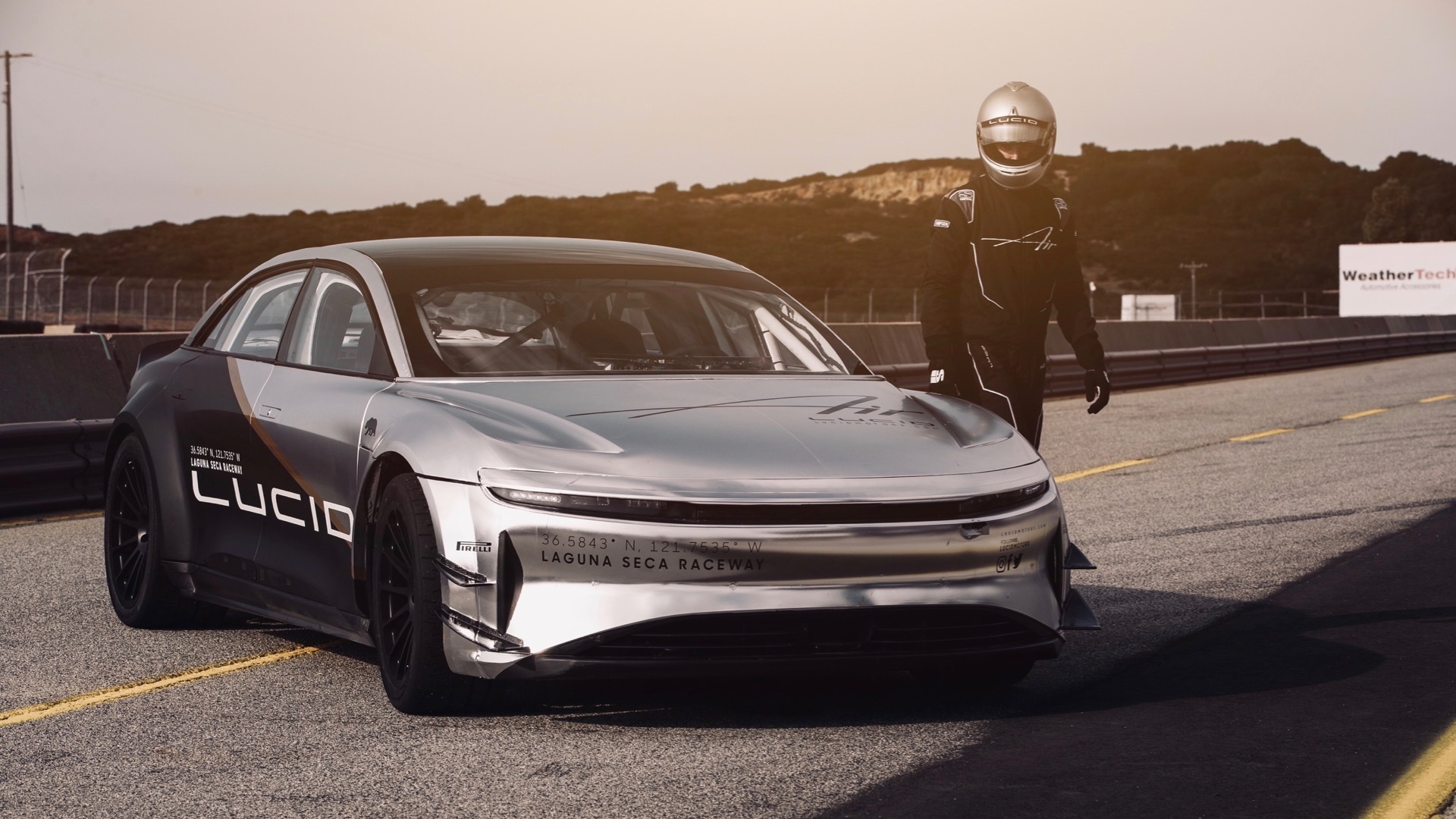 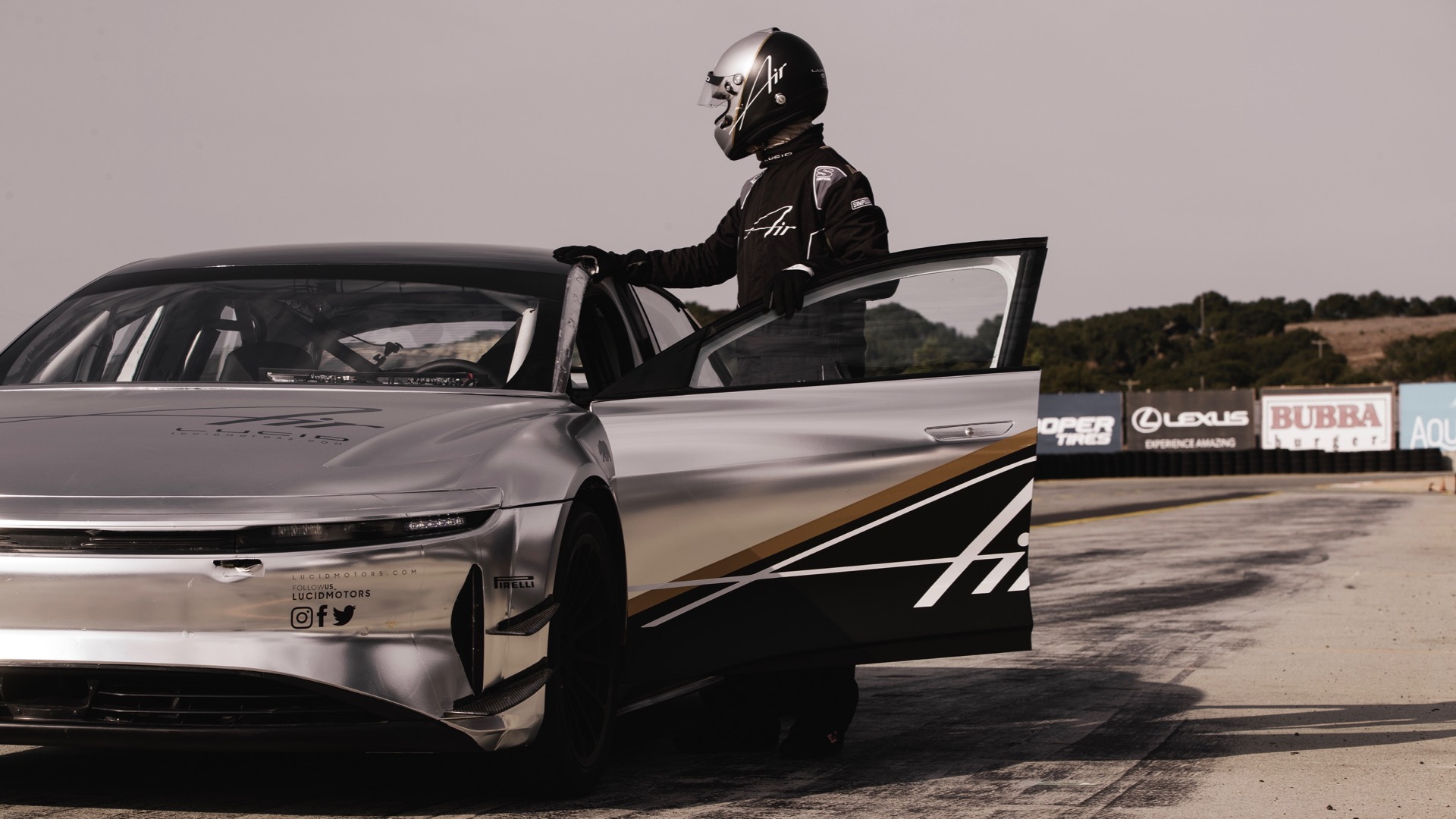 The rivalry between Lucid Motors and Tesla is heating up.

Lucid was already known to be developing a tri-motor version of its Air sedan, and on Wednesday the company released a video of that car testing at—where else—Laguna Seca.

A car fitted with a "development" version of the tri-motor powertrain set a lap time of 1:31.3 during a recent "chassis-testing session." That's quicker than the 1:36.5 lap set by the Model S Plaid prototype in 2019, and just a second off the 1:30.3 claimed most recently.

Lucid noted that the car rode on wider-than-stock wheels and tires (and sported fender flares to cover them), but said the tires were still street-legal. The car also used production-spec brakes, and was driven by senior mechanical engineer John Culliton, not a professional driver from outside the company, Lucid added.

The Air itself was unveiled in early September, but Lucid hasn't offered much detail on the tri-motor version.

Tesla's Model S Plaid looks set to beat those claims, but the tri-motor Lucid Air could one-up it.

These two sedans will likely be the vanguard for electric-car performance.

Back in 2017 Tesla claimed a 1.9-second 0-60 mph time for the next Roadster, as well as a 620-mile range. But the Roadster seems to have been put on the back burner as Tesla focuses on other, higher-volume projects like the Cybertruck and Semi.

The Porsche Taycan offers sporty driving dynamics, but can't match the performance or range figures claimed by Tesla or Lucid.

The Taycan and the Model S Plaid are likely motivating factors for BMW in developing an electric version of the next-generation M5 sports sedan.