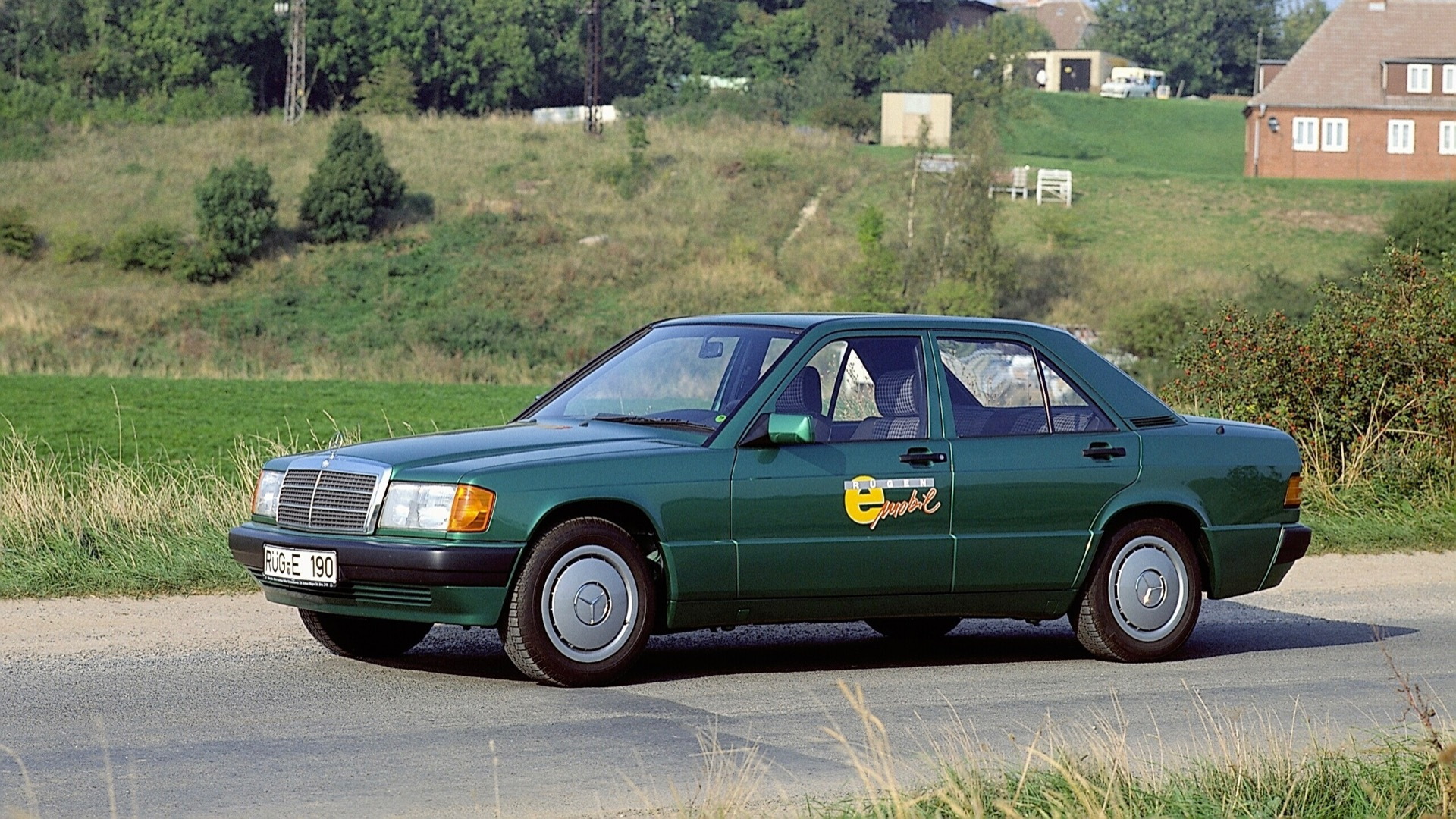 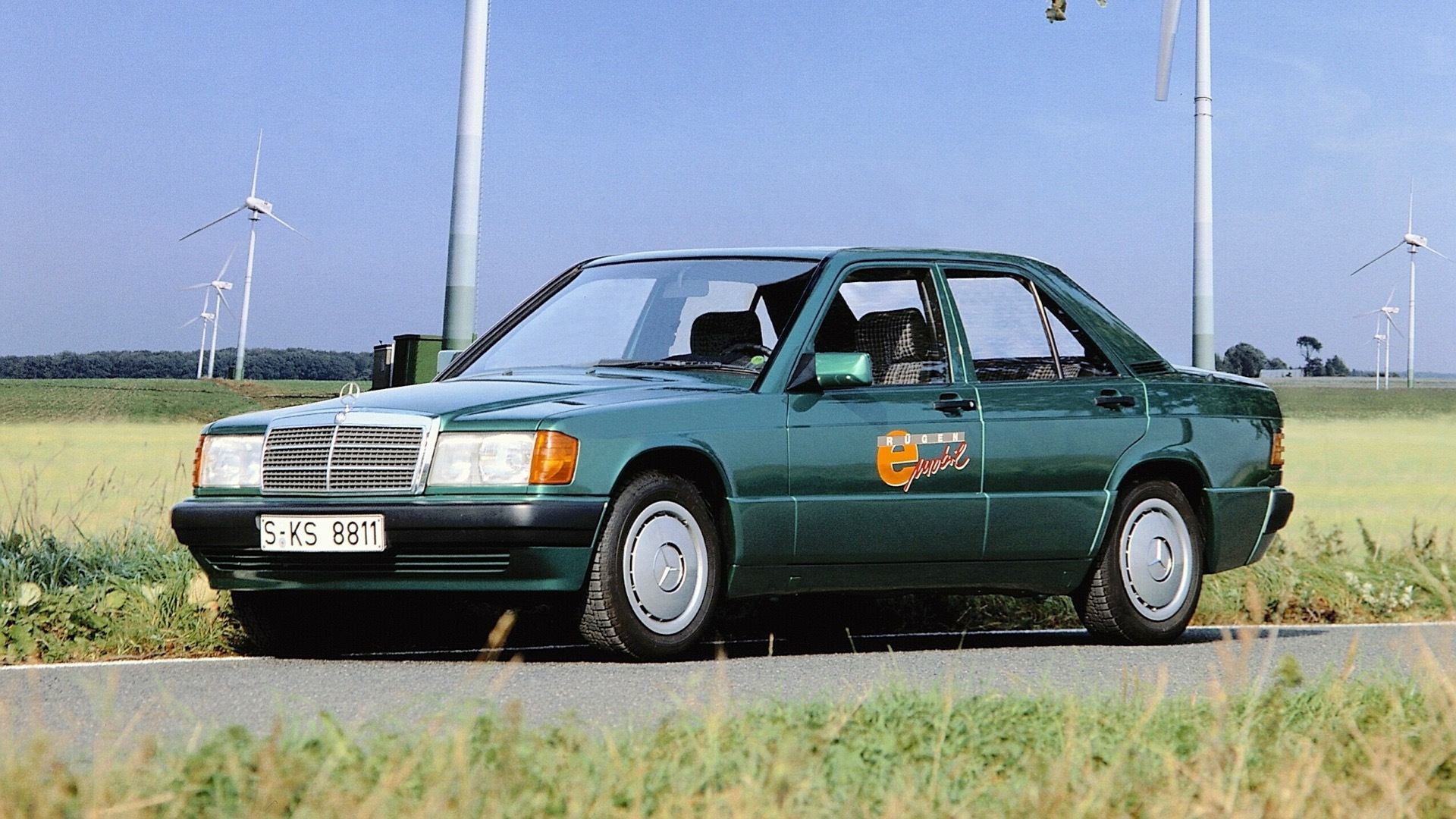 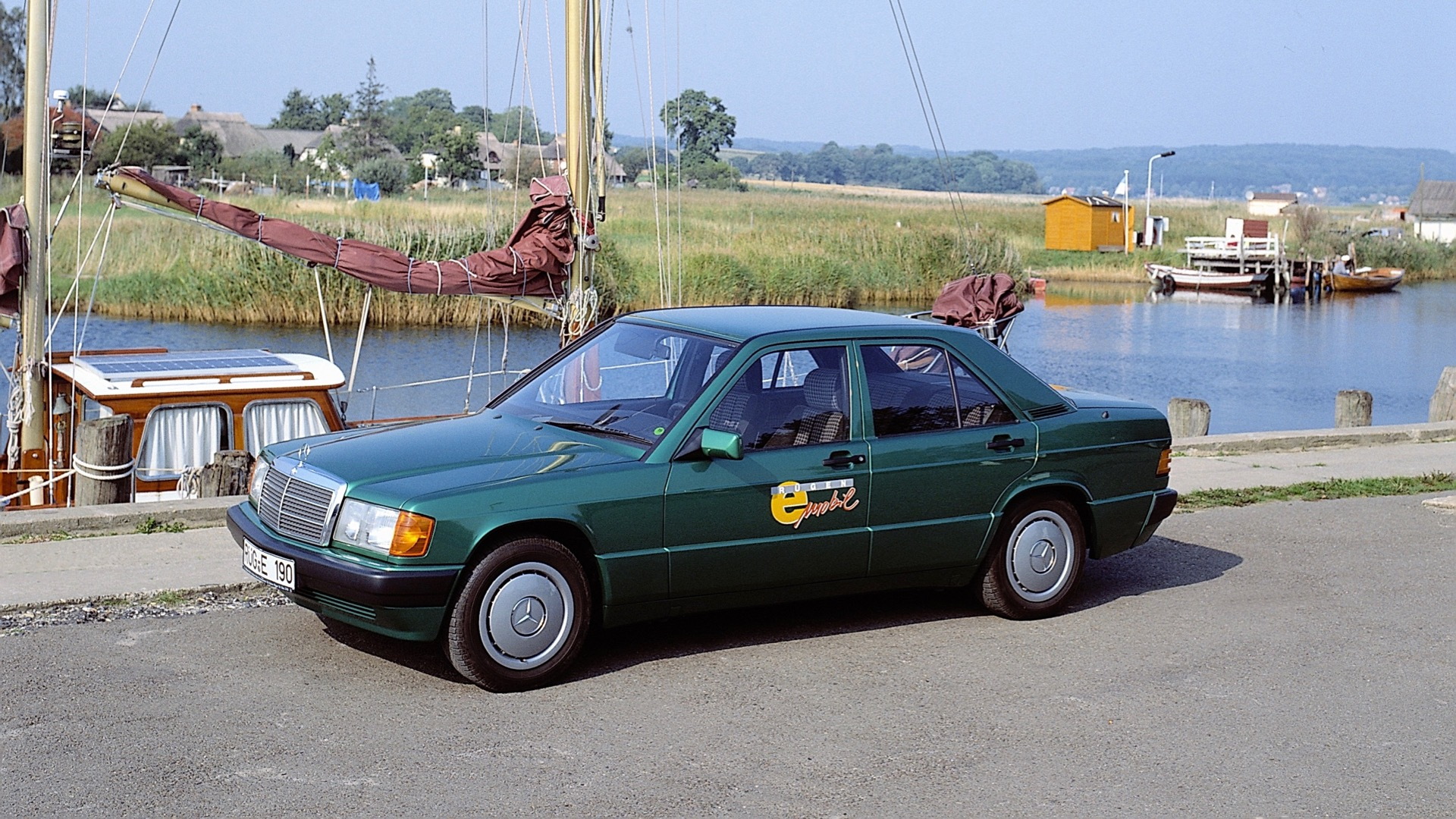 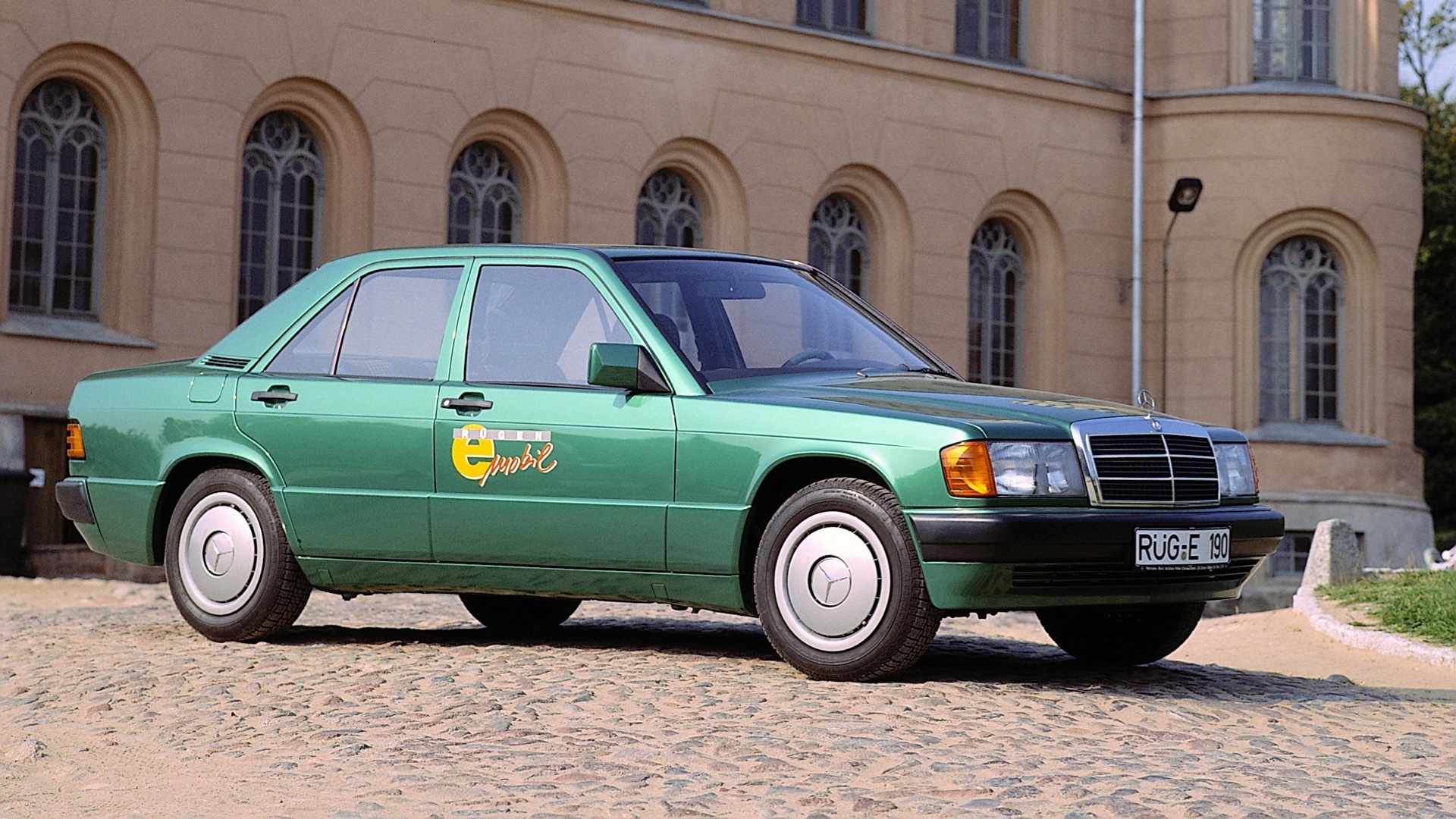 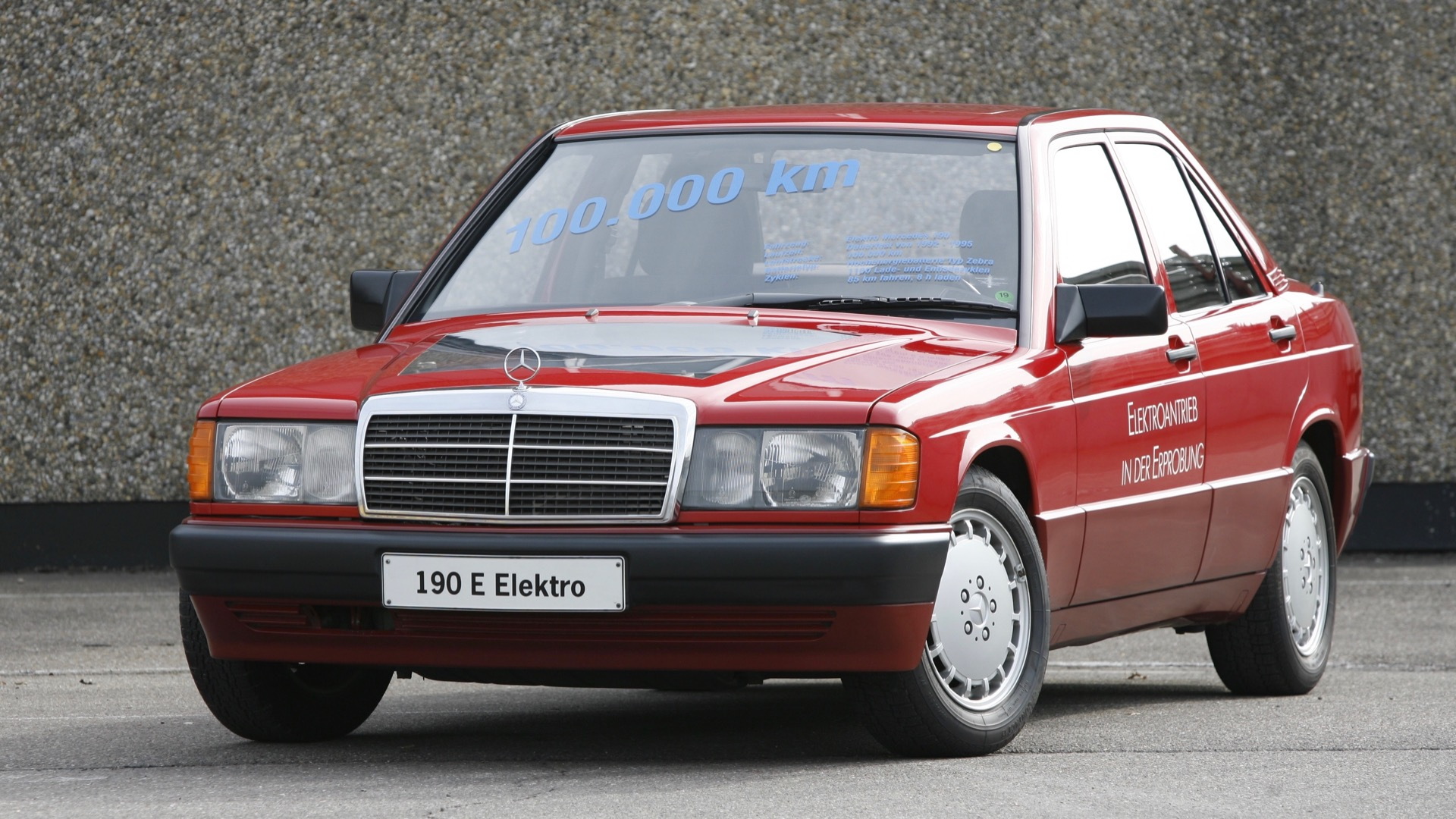 The first modern electric cars went on sale in significant numbers about a decade ago, but automakers were experimenting with increasingly modern electric powertrains for decades leading up to that.

In 1990, Mercedes-Benz unveiled an electric version of its 190E sedan, dubbed 190E Elektro. A more fleshed-out version appeared at the 1991 Geneva Motor Show the following year.

As Mercedes' first modern compact model, the 190E (also known by the internal code W201) was the predecessor of the C-Class nameplate, which is now being outsold by the Tesla Model 3.

The electric 190E had two 16-kilowatt (22-horsepower) electric motors, one powering each rear wheel, according to a Mercedes press release. The car used a sodium-nickel chloride battery (sodium sulfur batteries were tested as well), and featured regenerative braking—just like current electric cars.

The battery and electric powertrain components added 200 kilograms (440 pounds), but the stock five-seat configuration was preserved, according to Mercedes.

Mercedes built 10 test cars, which were sent to the island of Rügen, off the German Baltic Sea coast. The cars were part of a larger, government-funded trial of electric vehicles that involved 60 passenger cars and vans from multiple manufacturers.

The cars were charged using specially-constructed stations connected to solar arrays. That idea has since been recycled as a way to further reduce the carbon footprint of modern electric cars.

Test cars were handed over to ordinary people for regular use, with some entering taxi service. One car covered 100,000 kilometers (62,000) miles in one year, Mercedes noted.

"The question remains as to why electric vehicles are only now becoming established and why they did not take off on the basis of the projects of that time," the press release discussing the 190E Elektro declared, noting that some engineers who worked on the project are "still active in the company's electric vehicle development and are thus involved in the latest projects."

Which begs the question of why Mercedes turned to Tesla for its first modern production electric car. Launched as the B-Class Electric Drive and later renamed B250e, that car was a B-Class tall hatchback stuffed with a Tesla powertrain. It was sold in the United States from model years 2014 to 2017.

Meanwhile, the Tesla Model 3 passed the C-Class in sales soon after reaching the market. The Model 3 continued to outpace the C-Class and other internal-combustion rivals over the past four quarters, Tesla said in its Q1 2020 financial results.

Mercedes is now launching a family of electric cars under the EQ sub-brand. The first of these models—the EQC crossover—is already on sale in Europe, but its U.S. launched was delayed until 2021.

The automaker has said in recent years that there is no profit in electric cars. But again, Tesla is showing otherwise. It has claimed to have achieved profitability for the Model Y crossover right out of the gate.