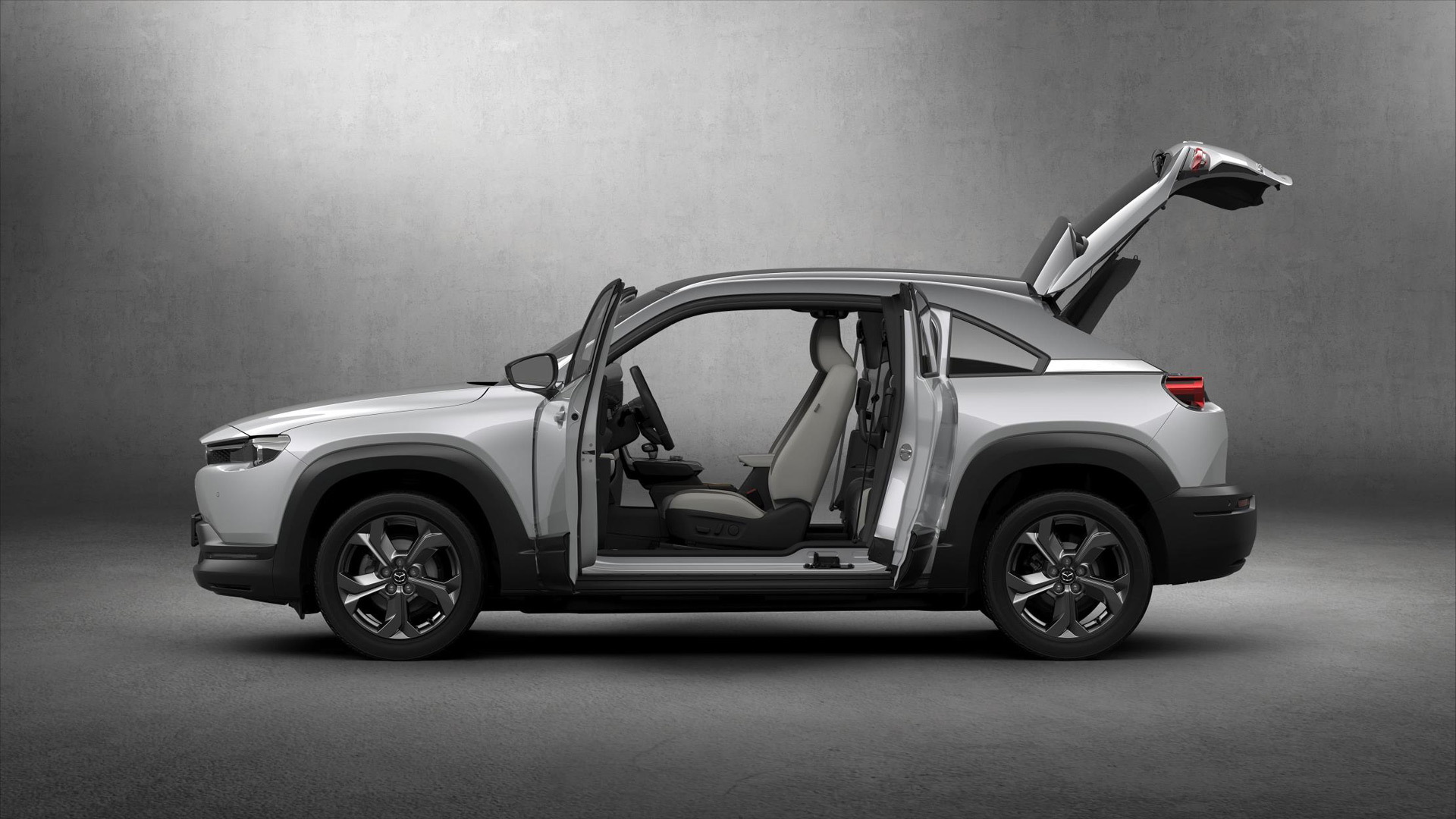 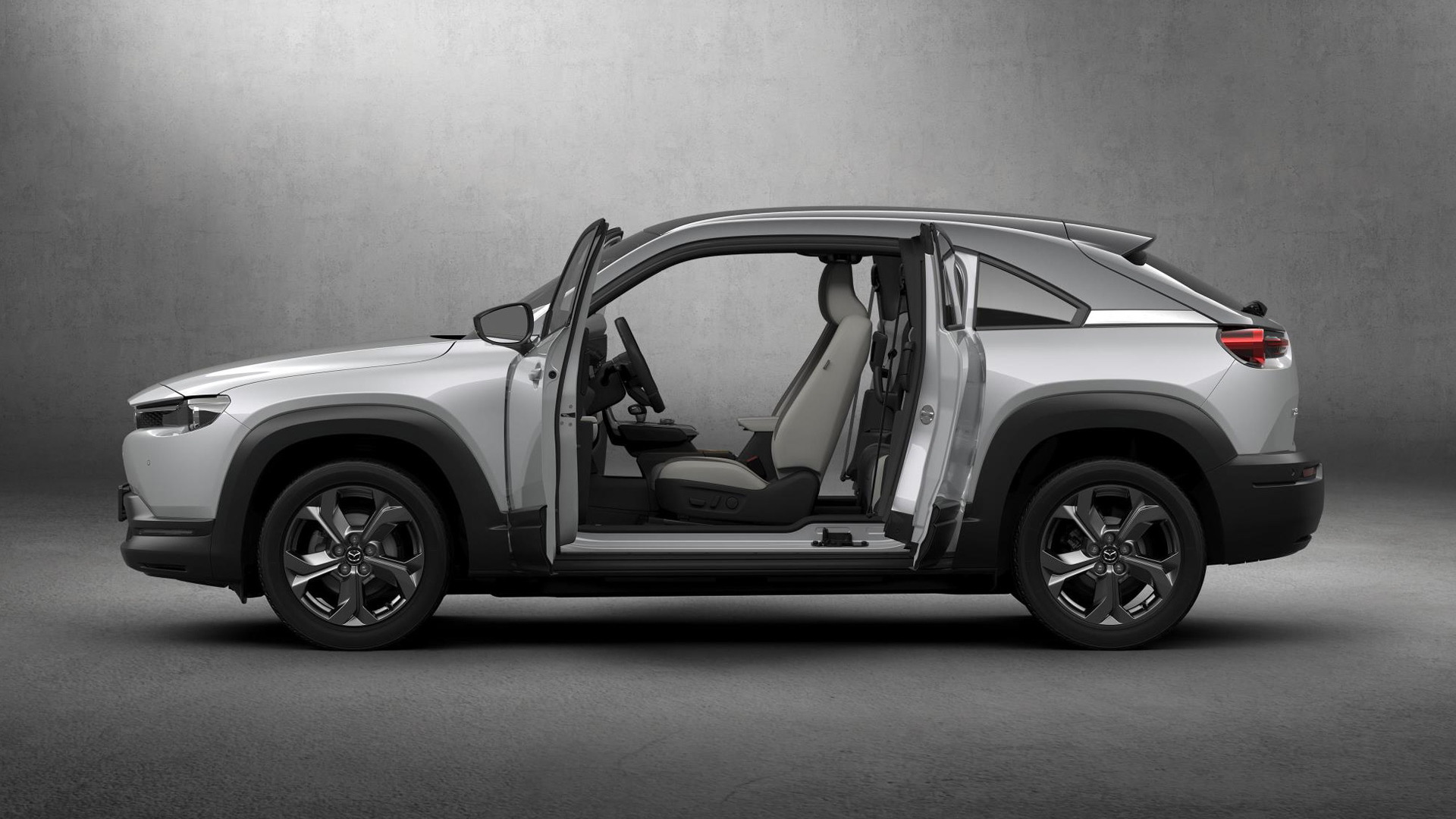 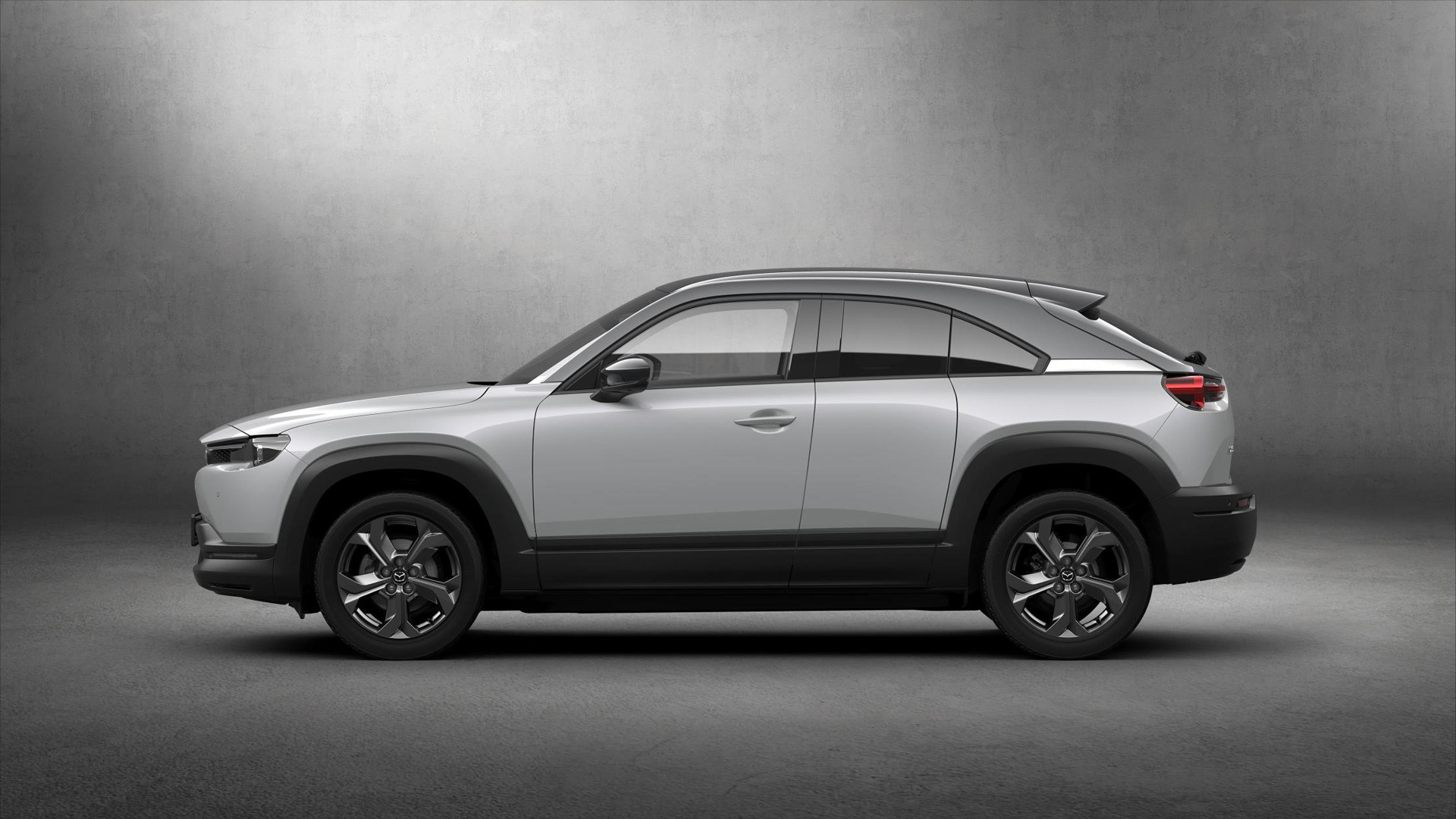 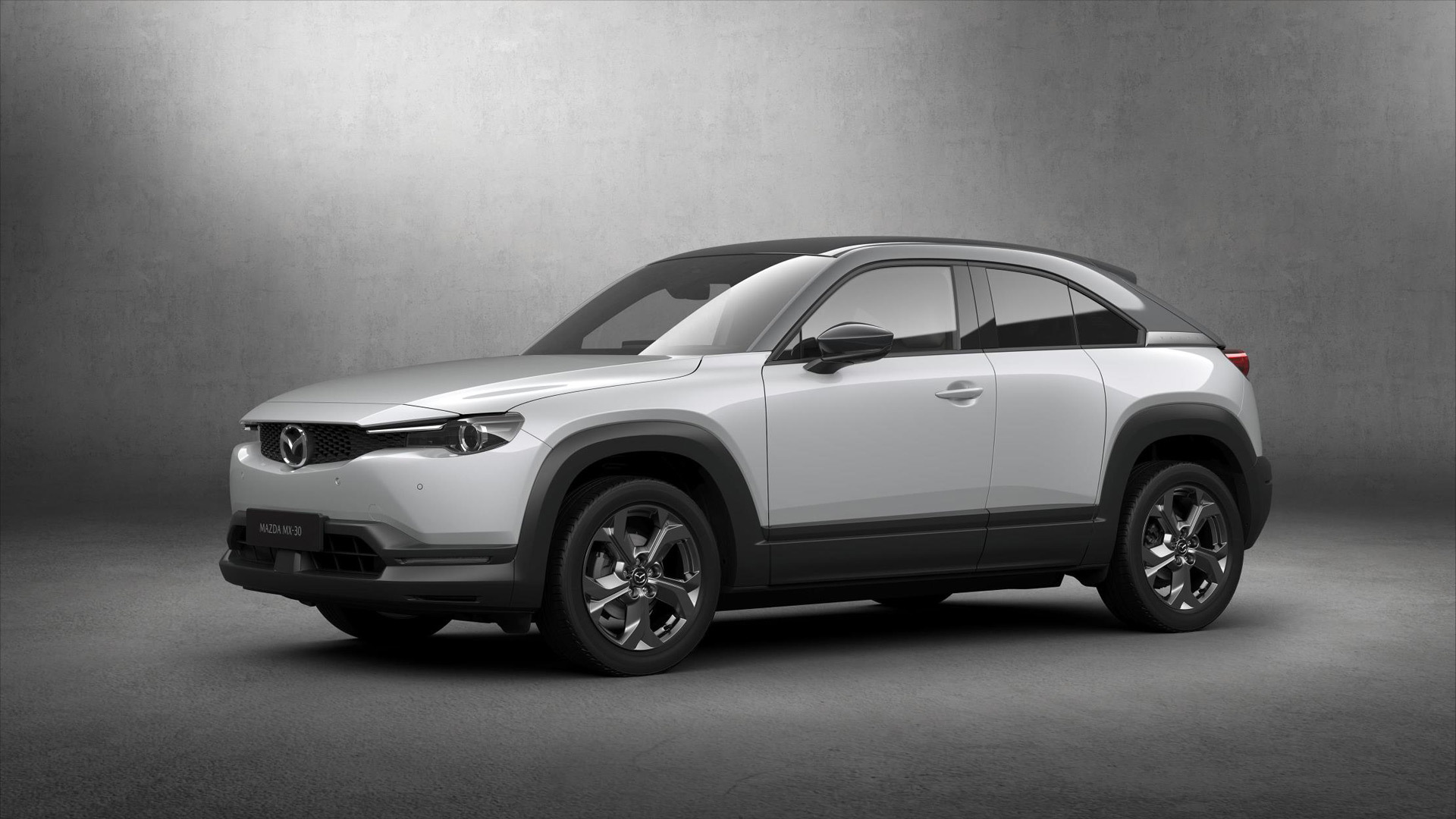 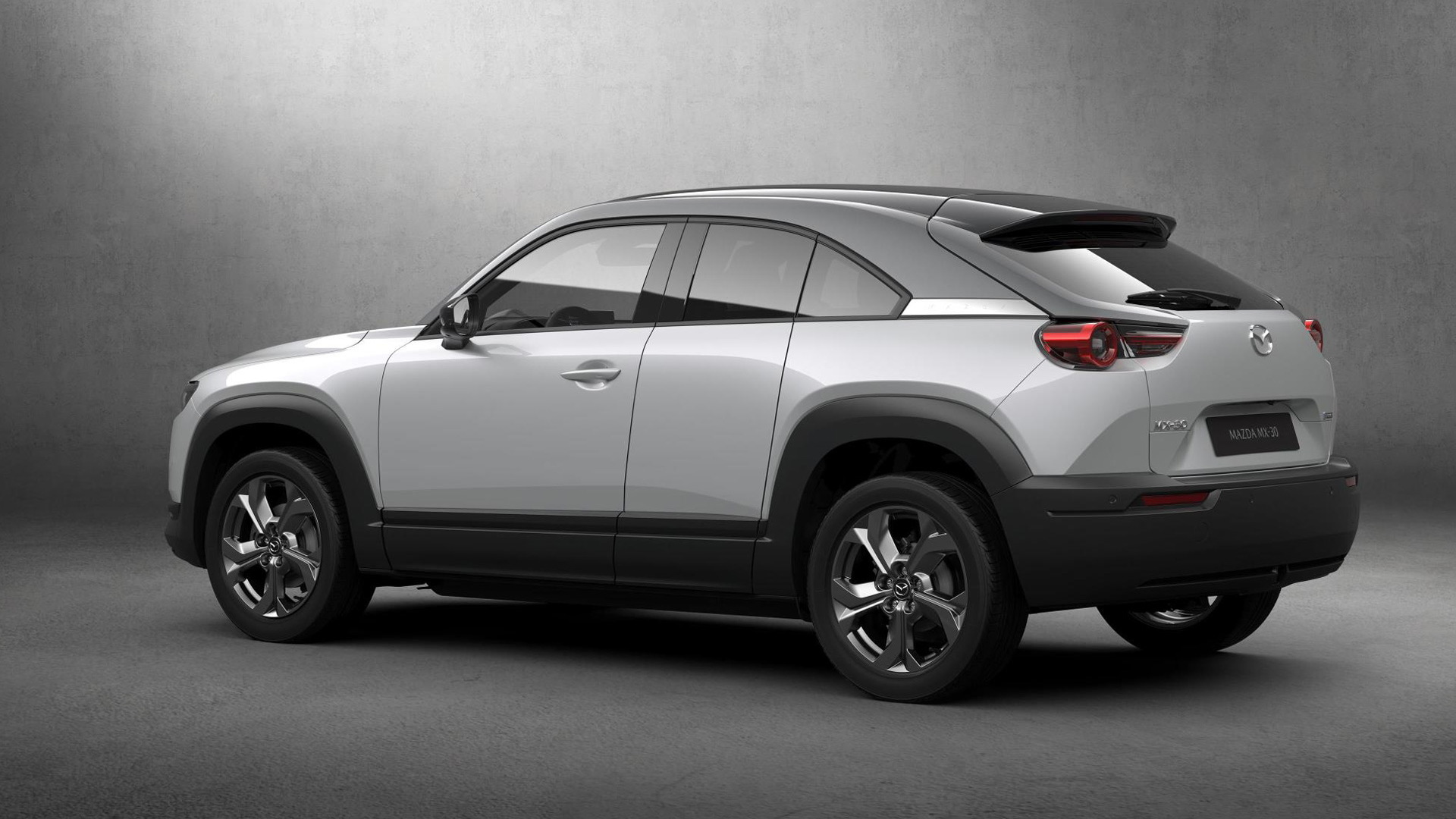 Mazda's new concept may sport a set of suicide doors and have an optional rotary engine, but it's not a performance coupe; it's an electric crossover, and it's aimed squarely at the European market.

The Mazda MX-30 borrows its designation from the old "Mazda eXperimental" nomenclature closely associated with piston engines (as opposed to Rotary eXperimental, the meaning of which is self-explanatory), but in this context, it actually has more in common with the latter than the former.

There's a lot about the MX-30 concept that defies convention. Sure, the suicide doors are a little weird, and Mazda went to great lengths to highlight sustainability with recycled seat upholstery fabric and cork rather than hardwood for trim, but it goes beyond that to the drive experience.

One of the characteristics most closely associated with an EV powertrain is instant torque delivery, but that's just too normal for Mazda. Instead, the MX-30 has been engineered to deliver torque progressively, mimicking the behavior of an internal-combustion engine rather than a typical electric drive.

The base model will be delivered a 35.5-kilowatt-hour battery pack, which Mazda says is good for around 115 miles of total range (estimated EPA). It powers a front-mounted electric motor good for 141 horsepower and 195 pound-feet of torque. Mazda said it intentionally kept the capacity low to reduce lifecycle carbon emissions, but we suspect price had just as much to do with this decision.

And while these seem like respectable entry-level specs, especially in EV-hungry Europe, we're curious to see what route Mazda takes with the up-market, range-extended variant, and whether it will ultimately remain a front-wheel drive vehicle or gain a second motor in the rear, which the platform should be able to accommodate.

We might not have to wait too long for more information. Mazda might be bringing a range-extended version—or at least a timeline for the U.S.—to the Los Angeles auto show in November.