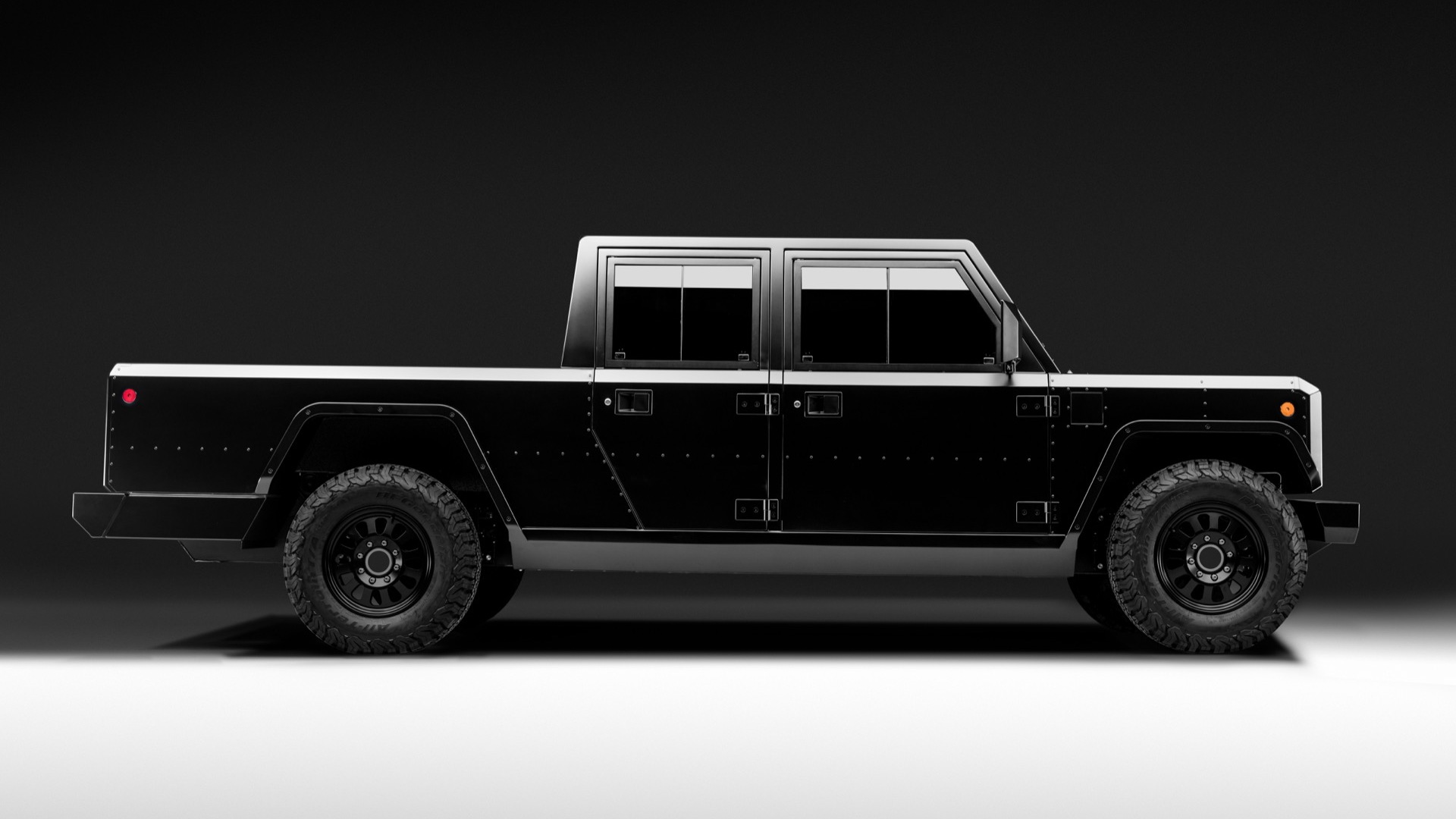 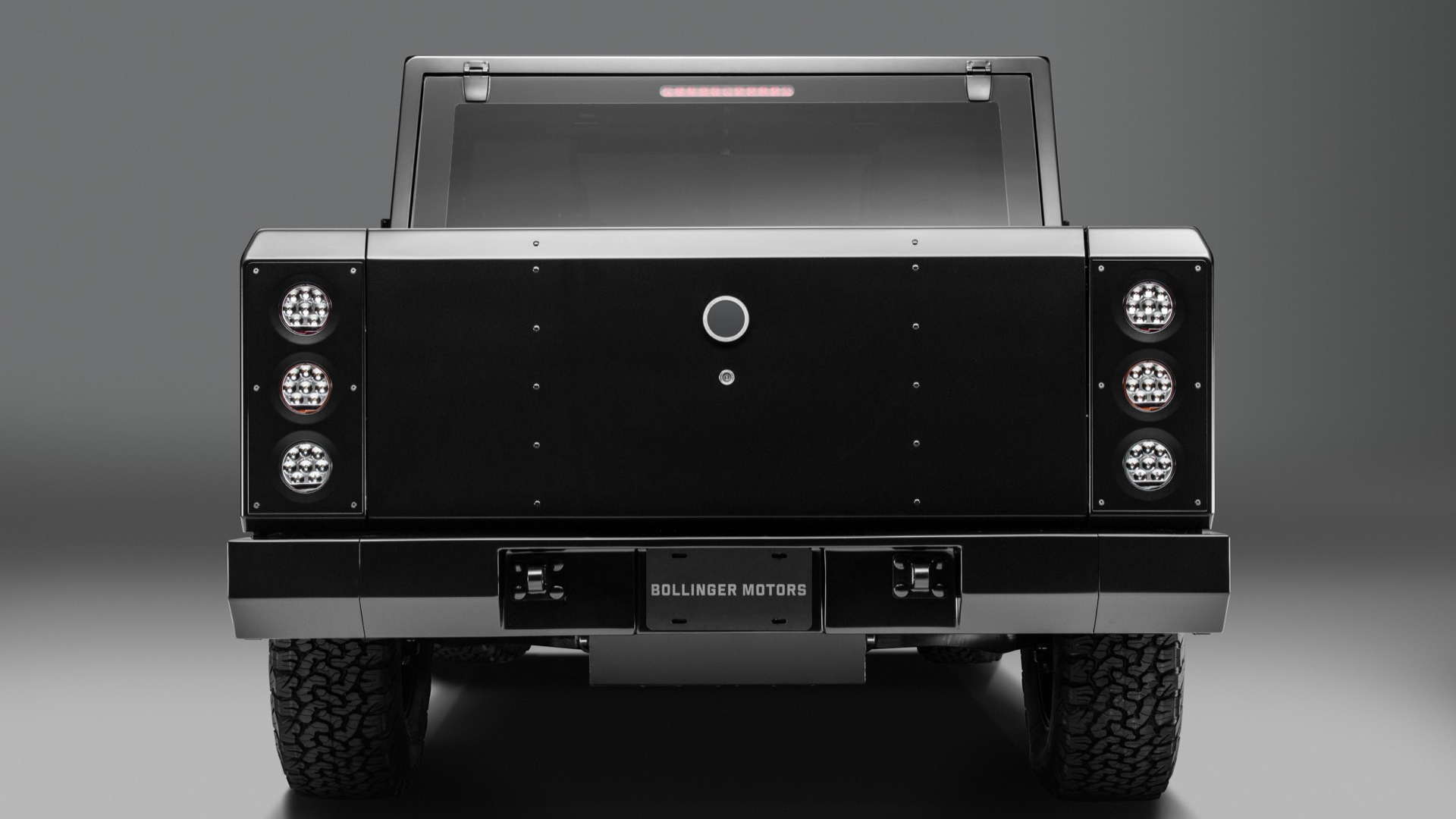 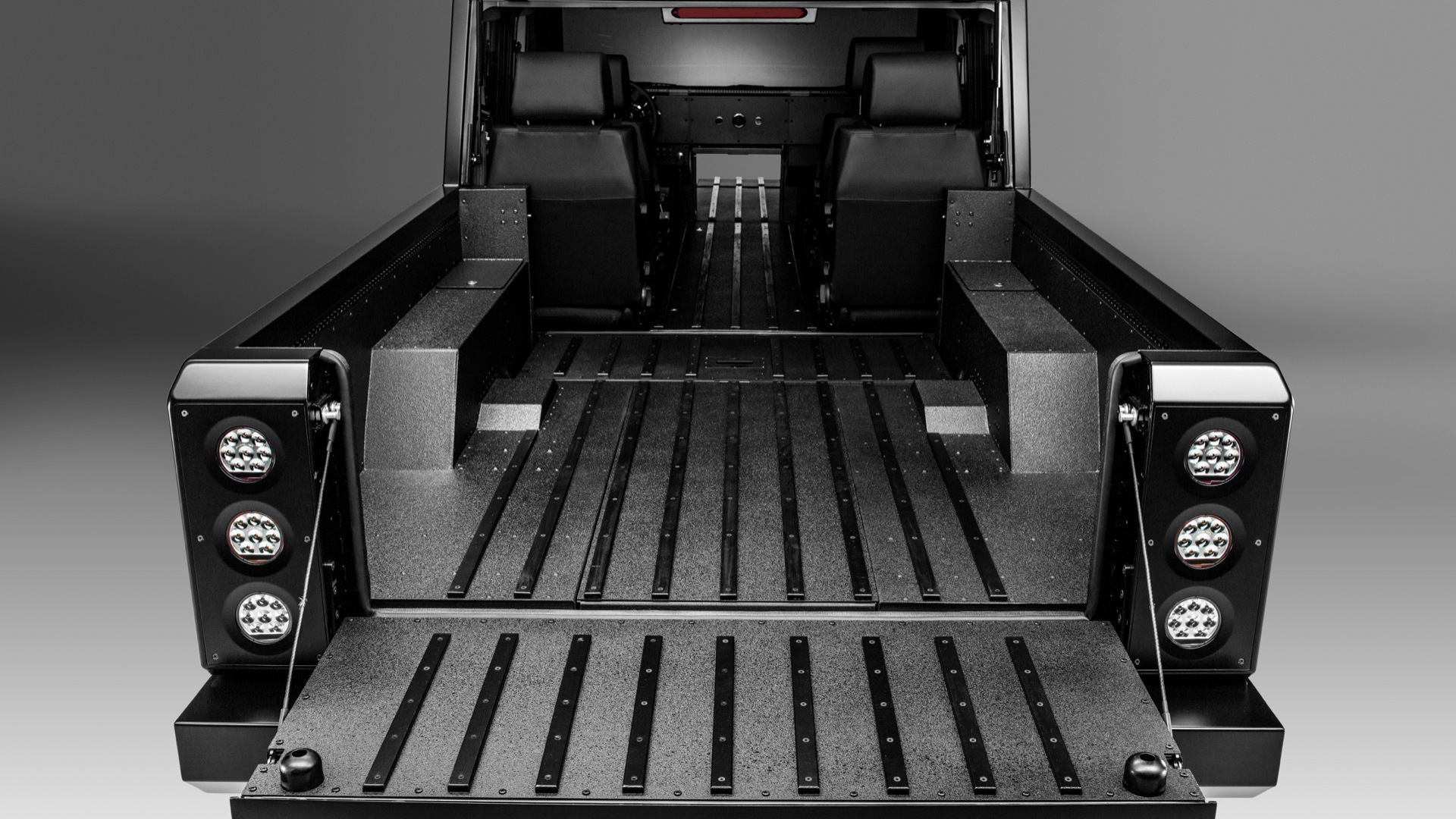 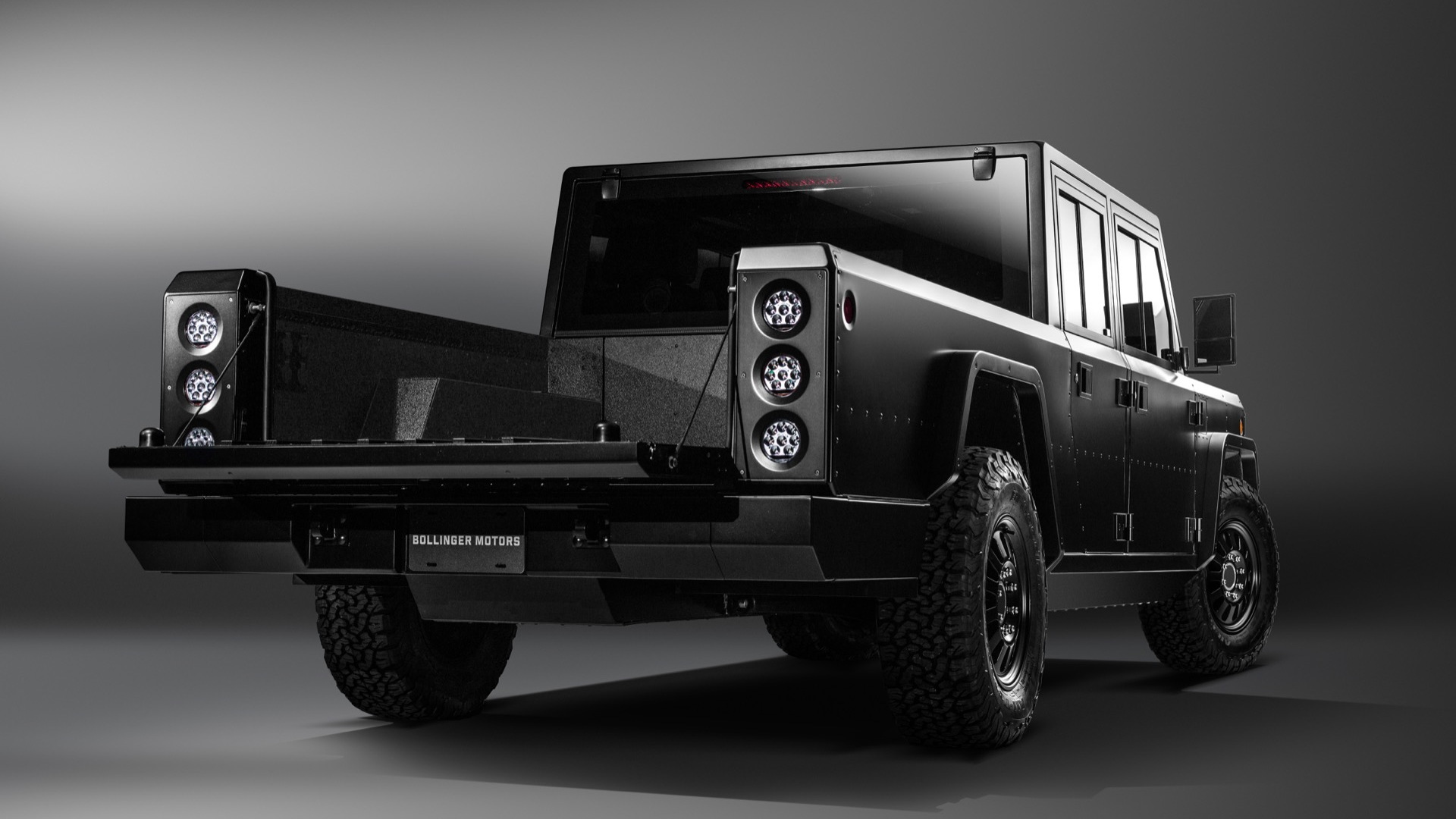 Bollinger Motors has officially revealed what it calls “its next step toward production,” with "beta-prototype" versions of its B1 electric SUV and B2 electric pickup, in a Thursday evening event near its new Detroit-area headquarters, in Ferndale, Michigan.

The prototypes presented are a completely new iteration of the truck’s design, versus the proof-of-concept prototype that was presented previously, and they’ve been built with a number of components that are described by CEO Robert Bollinger as “final for production.”

That brings the number of complete vehicles Bollinger has made to just three—although Bollinger stresses that all three have been fully operational and iterative. Starting early next year it will need to complete several design-verification builds to undergo different kinds of testing. Those, Bollinger said, will be “super-close if not exact to production.” 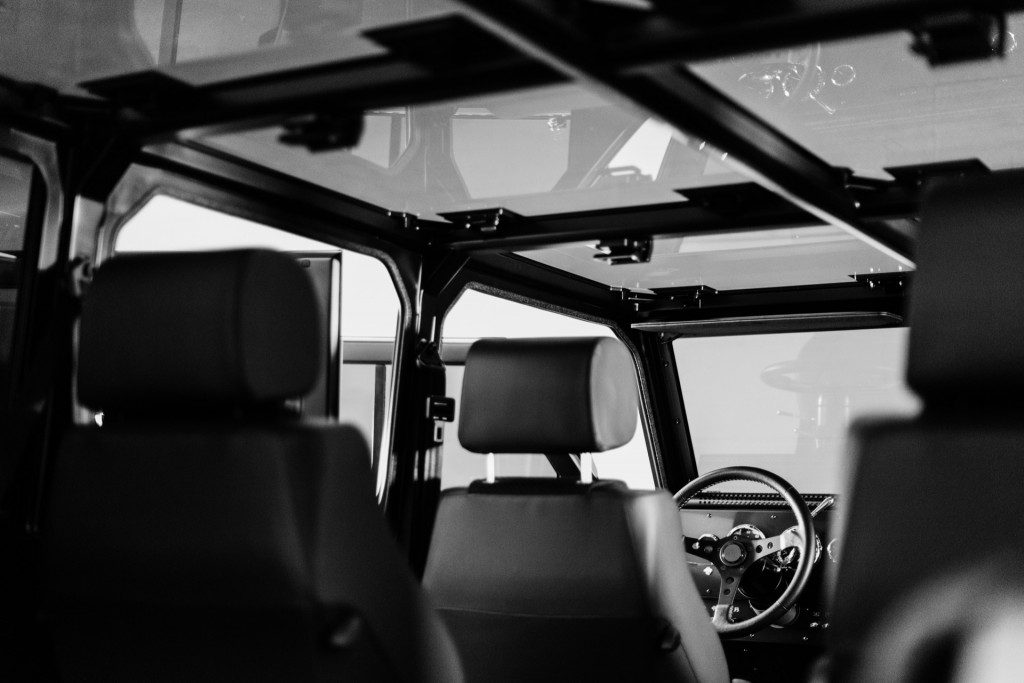 The rollout is for more than a new prototype. It’s also a Michigan coming-out for the company, which relocated there from upstate New York last year to be closer to the Detroit area’s engineering and supplier resources. And in a phone interview with Green Car Reports prior to the event he summed that it definitely “reenergized things” at the company.

The company has 30 employees in its Michigan facility, where it moved from upstate New York. Although the company has kept the same chief engineer, Karl Hacken, through it all, there was some significant turnover when he moved the project to Detroit. And Bollinger says he still can’t hire engineers quickly enough.

One of the realizations made by Bollinger along the way was that the company needed more control, and so he bulked up the company, especially on the engineering side. Originally, Bollinger was using engineering firms, but a little over a year ago the company started aiming to do everything in-house.

“We started realizing that you really want to keep that knowledge in—you don’t want them to do the thing for you and hand it to you,” Bollinger said.

“I see us as a small, nimble, powerful engineering and R&D and prototyping company, and that’s why we’re using a third-party manufacturer, as they’ll know that better than we would...but we want to keep that other brain power in-house." 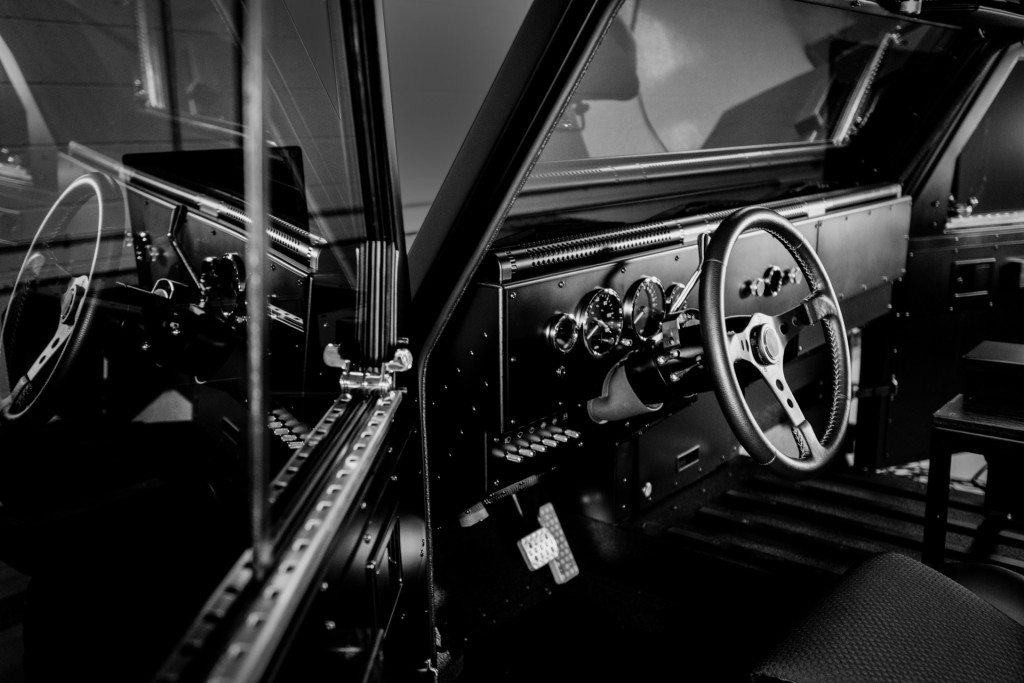 “We’ll definitely make it in the U.S.,” he said. “There are basically two front-runners; both are amazing and we want to choose one of them shortly,” he said, adding that we can expect an announcement in the next month or two.

Bollinger still plans on making its trucks primarily of aluminum, with some lower-body components, like control arms, made of steel. And surprisingly, it wasn’t difficult to find companies with both aluminum and electric-powertrain experience willing to take it on.

The company is committed to a particular cell supplier but can’t reveal that yet. They also still won’t say which battery format the company has committed to. Bollinger says that they “went down two paths for two different formats,” but have been working on the 120-kwh battery pack themselves, with high-voltage components “more or less off the shelf.”

Still a one-man show by the books

So far, there haven’t been any game-stopping compromises for the development effort. And so far Bollinger remains entirely supported by Robert Bollinger, who accumulated wealth from a personal-care products business. He calls himself the seed investor, but a first round of financing is currently in the works and he hopes to have that inked by the end of the year.

Bollinger said that for the first year of production it wants to keep production to a thousand units, and keep it to something like a Founder’s Series. “We really want to start at a thousand and then grow up from there, incrementally...to keep it attainable, and then actually do it.” 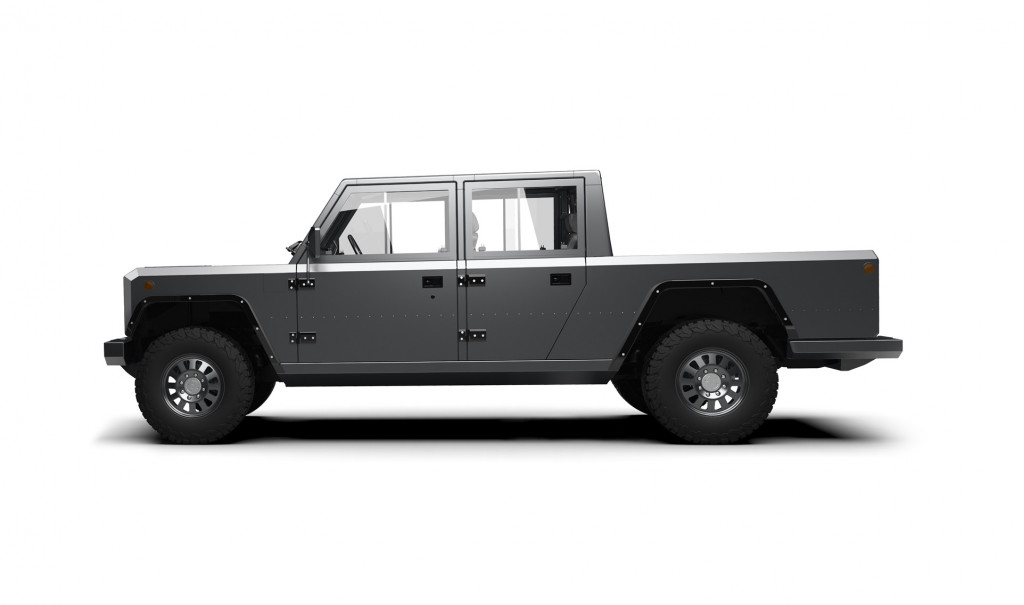 Bollinger hinted that it has no aims to elbow into the territory of Rivian, with its more conventionally formatted electric SUV and pickup aspirations. Bollinger Motors will stay in the massive Class 3 vehicle category, where vehicles aren't required to comply with some of the same passenger-vehicle regulations—including crash-testing—which helps keep the costs manageable for a niche automaker.

“Once we have the skateboard, with our battery pack being a certain size, our four-wheel knuckles a certain size, we’ll have more trucks, more versions of trucks, and we’ll have higher numbers from adding all of those up," he said. "Now I don’t see us making 100,000 B1s and 100,000 B2s; my main focus, my only focus, is that the truck gets made.”

An exclusive niche product, to be priced that way

“Basically I think we created our DNA with the first truck, which is crazy, amazing off-road capabilities, unique storage capabilities like the pass-through, being able to hold 4x8 sheets of plywood. You can take it off-road and then you can go build a house with it. We have a large inverter on board—60 kw, which is huge, so you can power all kinds of tools off it."

Specs haven't changed much through the prototype iterations. Bollinger is claiming a 0-60 time of just 4.5 seconds, 10 inches of wheel travel, and 15 inches of ground clearance—plus a low range and geared axle hubs. Its dual motors will together make 614 horsepower and 668 pound-feet of torque.

Bollinger is still aiming for first deliveries in 2021. It has 32,000 hand-raisers, and it’s so far asked them to put no money down. Those hand-raisers will be given priority to put money down and solidify their position once Bollinger announces pricing—likely well into six digits—and once Bollinger can get "comfortable" about the product’s arrival timing.

"That crazy ultra-capabilities world that we put into this truck is where we want to stay, and so that comes with a certain price tag—because we have six gearboxes and two motors—so for now the goal is to stay in trucks, and trucks that can do a lot of things for you.”