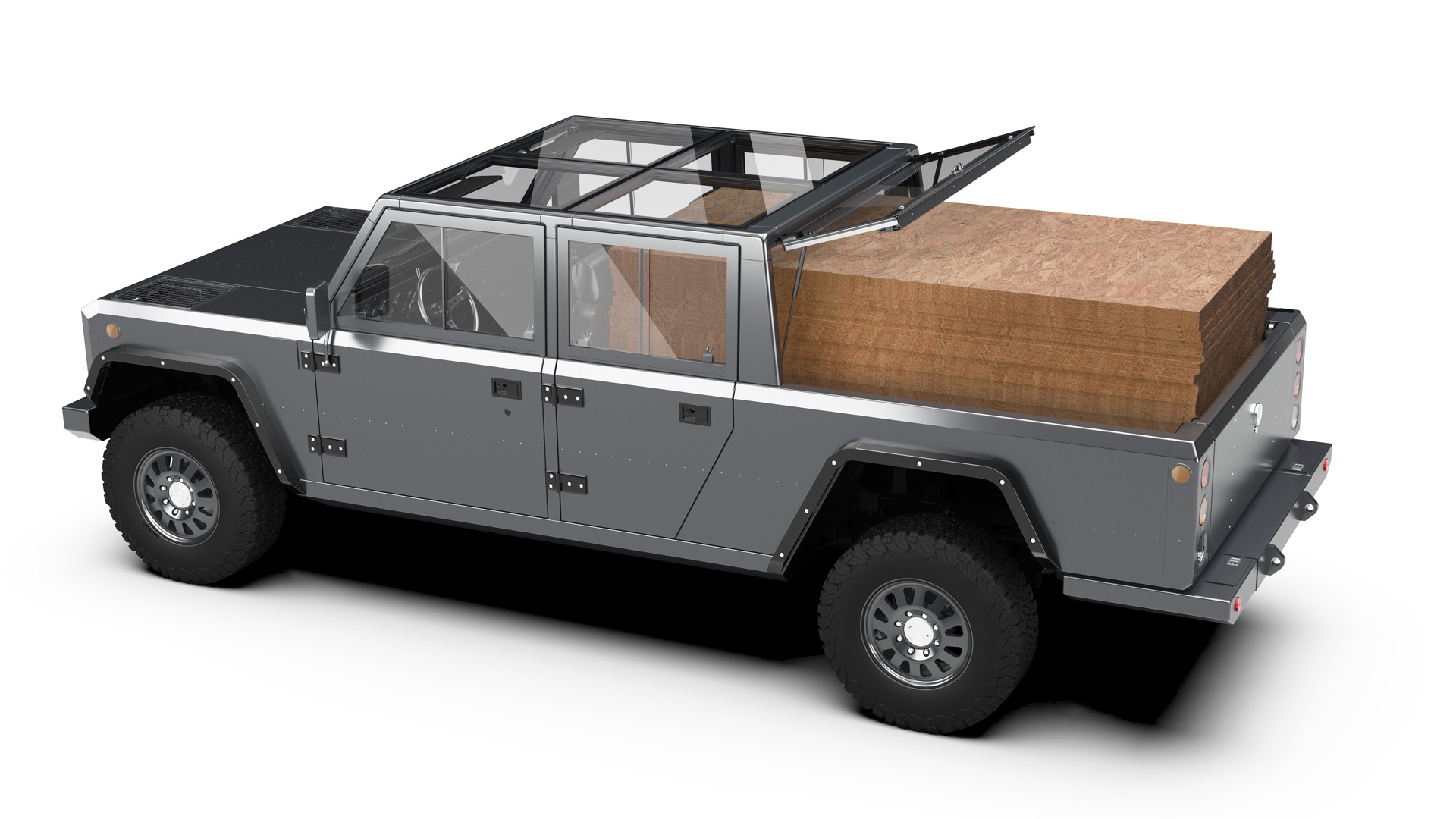 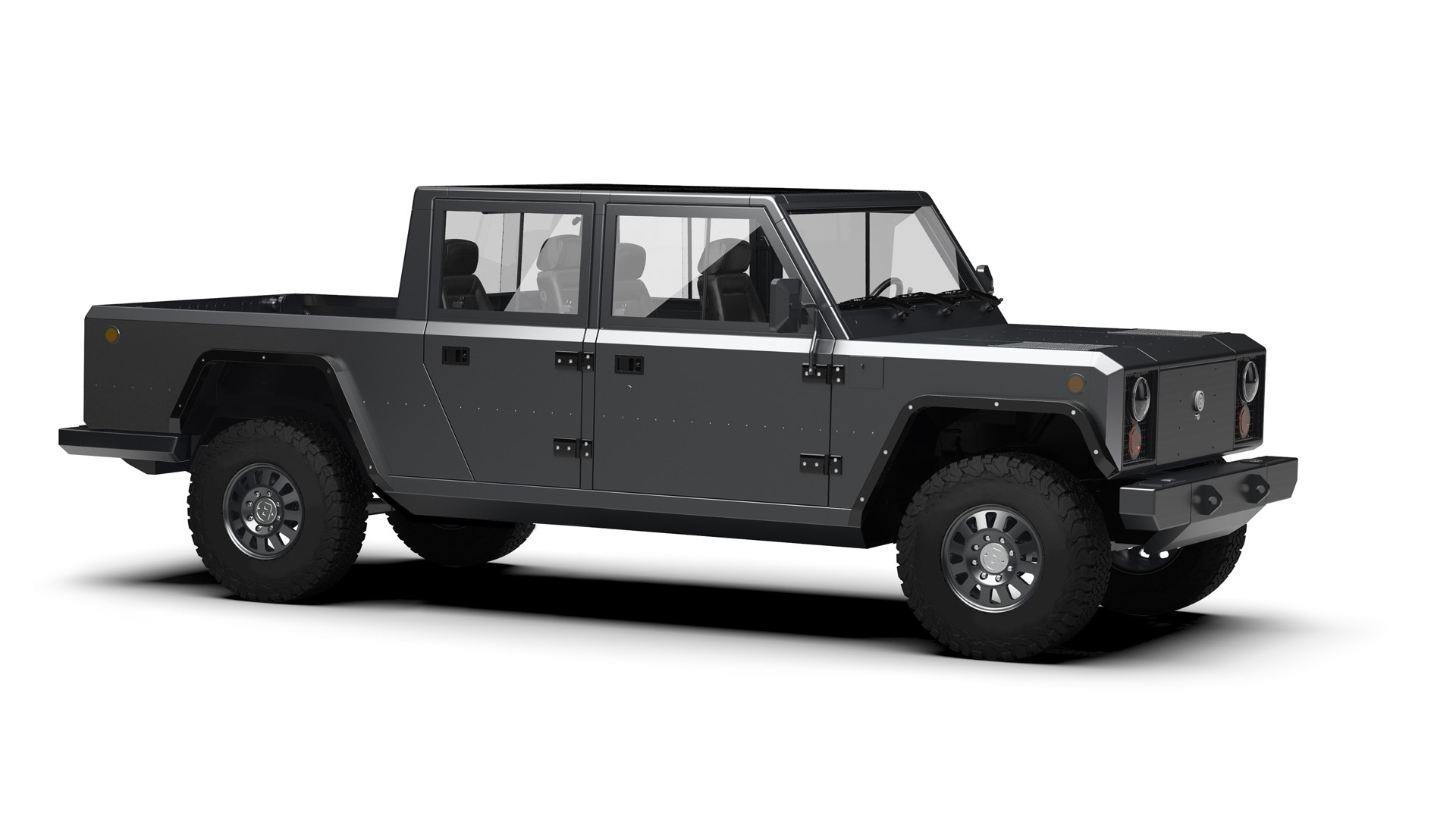 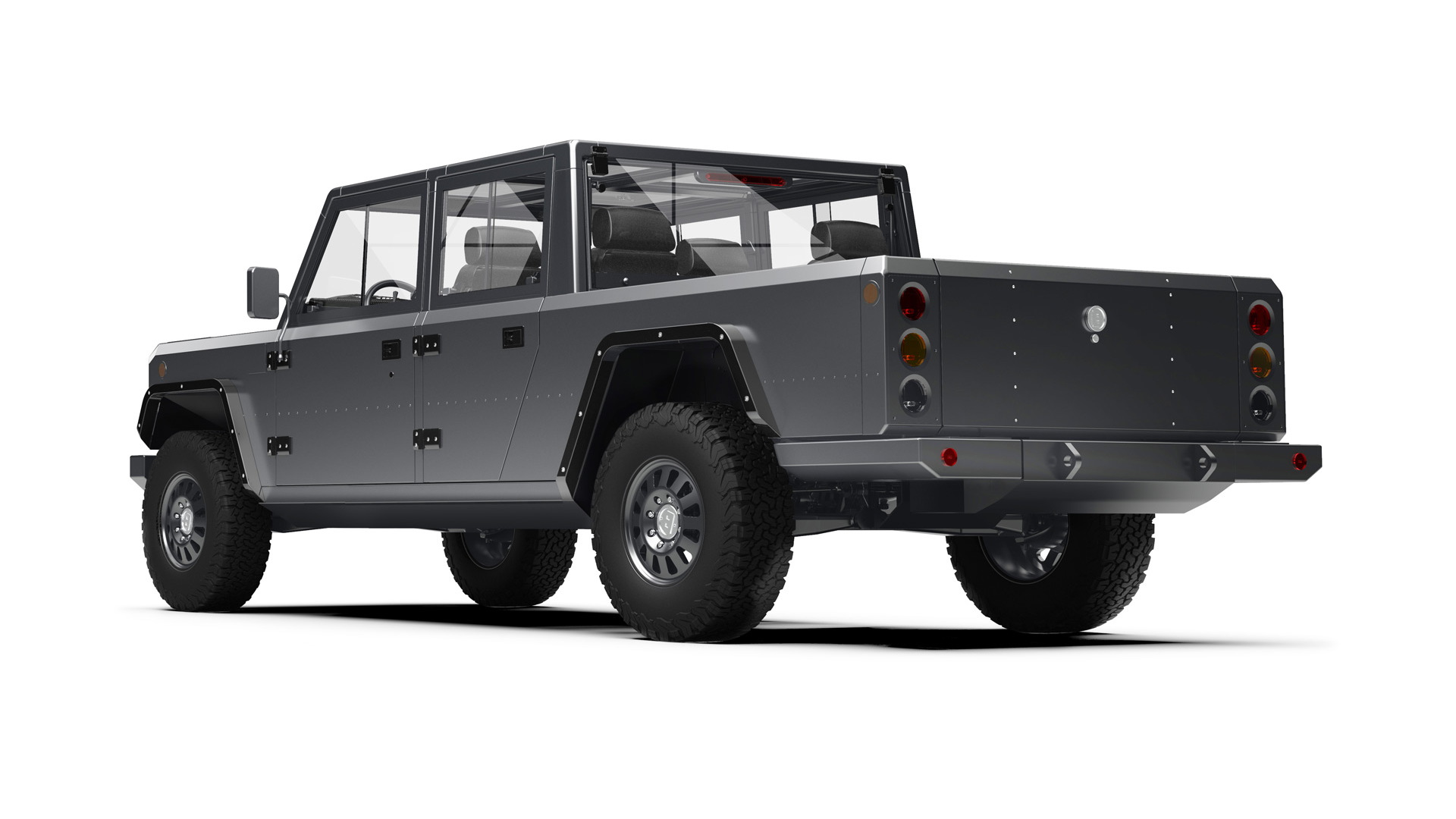 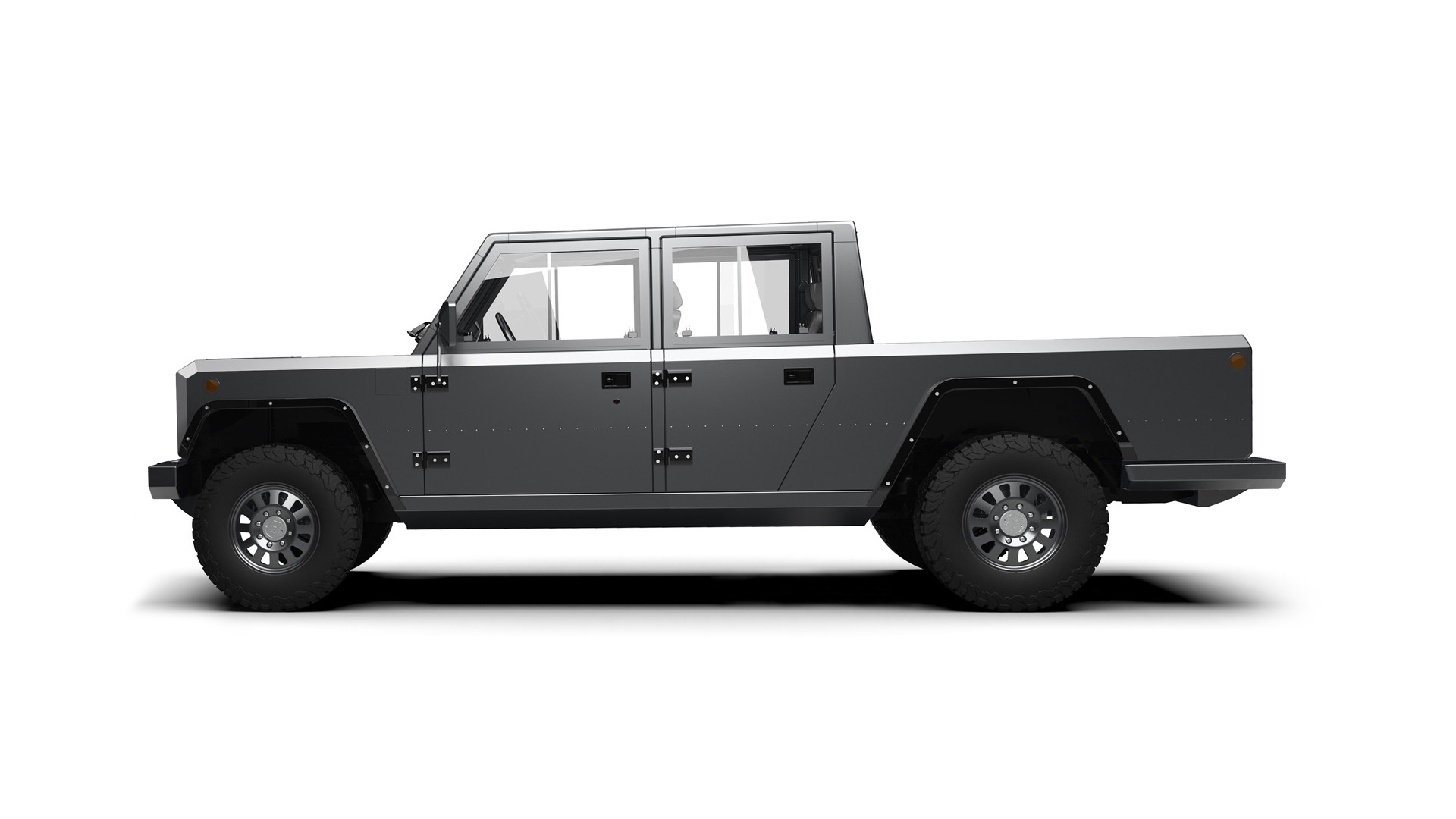 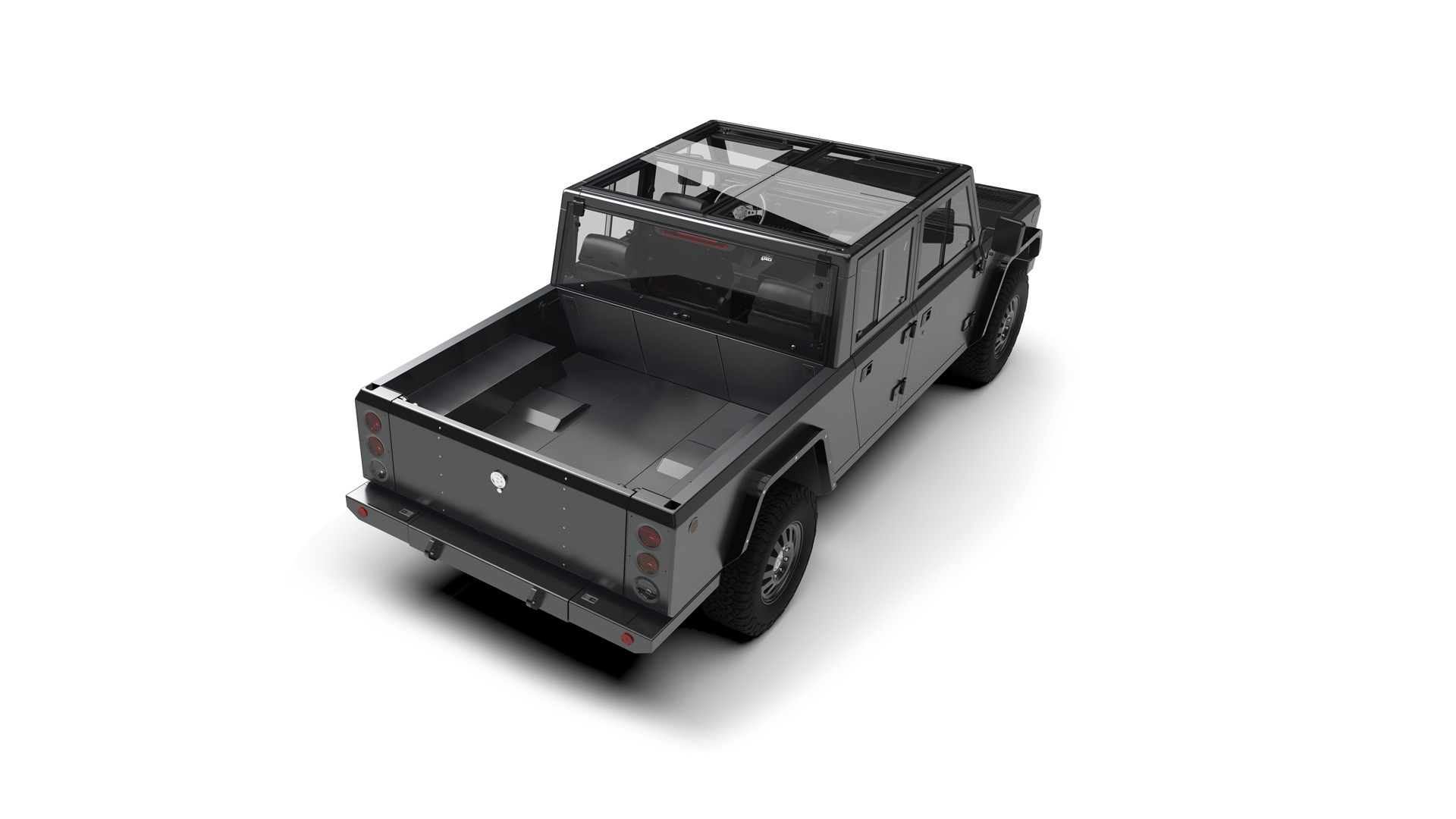 Bollinger Motors has already generated a lot of interest in its B1 electric SUV. And on Wednesday it released images and some details of its long awaited second model, a pickup.

The American startup electric truckmaker is one of several to announce an electric pickup.

Tesla has said it is developing a pickup; the company asked its fans to submit suggestions for the pickup on Twitter.

Bollinger B1 and B2

Illinois startup automaker Rivian has also announced it will introduce an electric pickup and SUV at the Los Angeles Auto Show in November.

The first of the electric pickups to hit U.S. streets might come from Ohio-based Workhorse; its range-extended electric pickup, the W-15 is aimed at fleets but could eventually see personal use.

What likely will set Bollinger's pickup apart from the others is that it will be significantly bigger than the half-ton designs other manufacturers' are likely to develop.

Instead, Bollinger's B1 SUV and newly announced B2 pickup will be one-ton trucks, big enough to exempt them from the kinds of safety strictures and tests that cars must pass.

New images of the B1 and B2 show both have been enlarged to 4-door body-styles.

Bollinger said the B2 will offer all the same specs and features as the B1. The B1 is constructed with aluminum body panels on an aluminum frame. The company says two motors will deliver all-wheel drive with 360 horsepower and a substantial 472 pound-feet of torque.

The company says the B2 will have a 120-kilowatt-hour battery, which is bigger than the 60 or 100-kw options it listed earlier for the B1. Bollinger didn't specify range for the B2, but said those smaller batteries would give the earlier B1 prototype 120 or 200 miles of range. The trucks are expected to include fast charging, but how fast is not clear.

It will use the same basic Citroën-like hydro-pneumatic suspension and in-wheel portal-gear hubs to increase ground clearance.

It says the four-door B2 pickup bed can carry up to 72 sheets of 4-by-8-foot plywood.

Bollinger says the bed measures 69 inches long by 49 inches wide inside, making it a little longer than most short-bed, full-sized four-door pickups.

As on the B1 SUV, the rear window will open into the cab to allow longer cargo to fit partially inside if drivers want. the pictures also show what looks like a mid-gate design that will allow extra-long cargo to pass all the way through to a storage area under the hood.