Sumitomo Rubber is developing a new tire that can restore energy to a car as it drives down the road.

The energy recaptures static electricity generated when the tires deform and return to their original shape as they roll down the road.

Recovering energy from a portion of tire rolling resistance works somewhat like regenerative braking, improving efficiency recovering a portion of the energy that would otherwise be lost while driving. 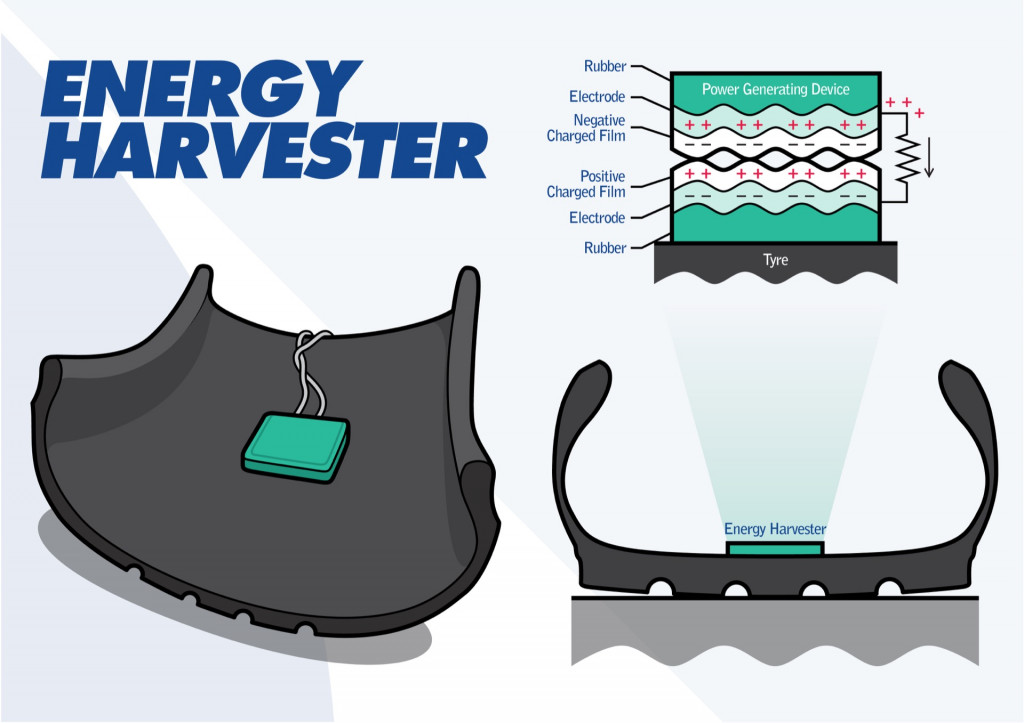 So far, the small devices that Sumitomo attaches to the inside of the tire's tread recaptures only a small amount of energy, enough to keep the tire-pressure-monitor sensors charged, for example.

Eventually the savings could be bigger. In 2010, when Michelin was introducing a new line of low rolling-resistance tires for electric cars and hybrids, the company estimated that in an electric car up to 30 percent of the energy required to power the car down the road went to overcoming rolling resistance. Another third was to overcome wind resistance, and a smaller portion to mechanical friction. The rest come from waste heat in the motors, power electronics, and other smaller drains. 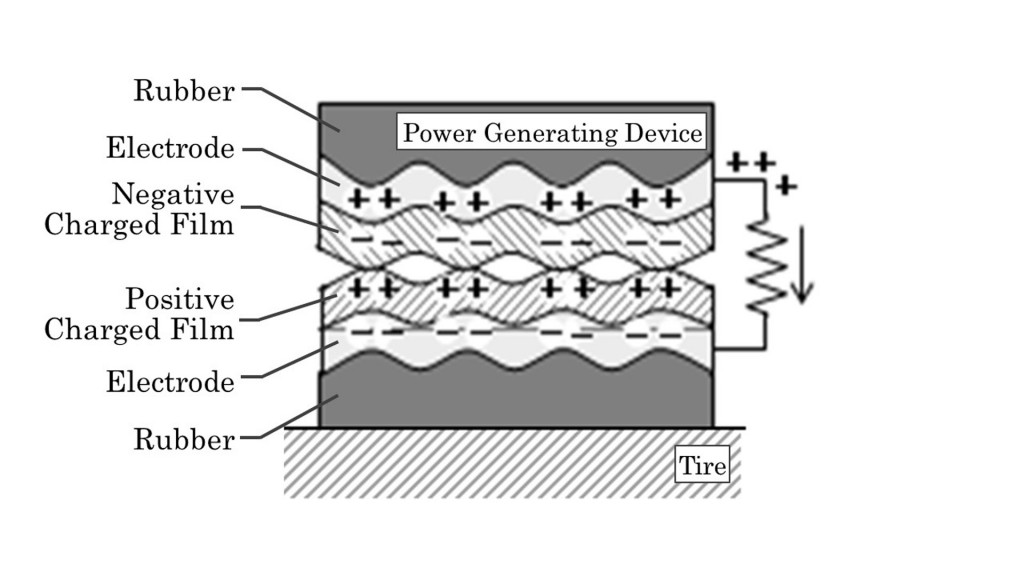 The Sumitomo energy "harvesters" use frictional charging, or the triboelectric effect. They use two oppositely charged electrodes sitting parallel with the inside surface of the tire's tread. When the electrodes make contact as the tire rotates it captures static electricity and transmits it to a wire through a conductive layer.

Sumitomo is not the first tire company working on energy recovery. And at the 2015 Geneva auto show, Goodyear rolled out a set of concept tires called the BH03 that recovered energy.

Neither tire manufacturer has announced when or if their new tire energy recovery systems may make it to production.