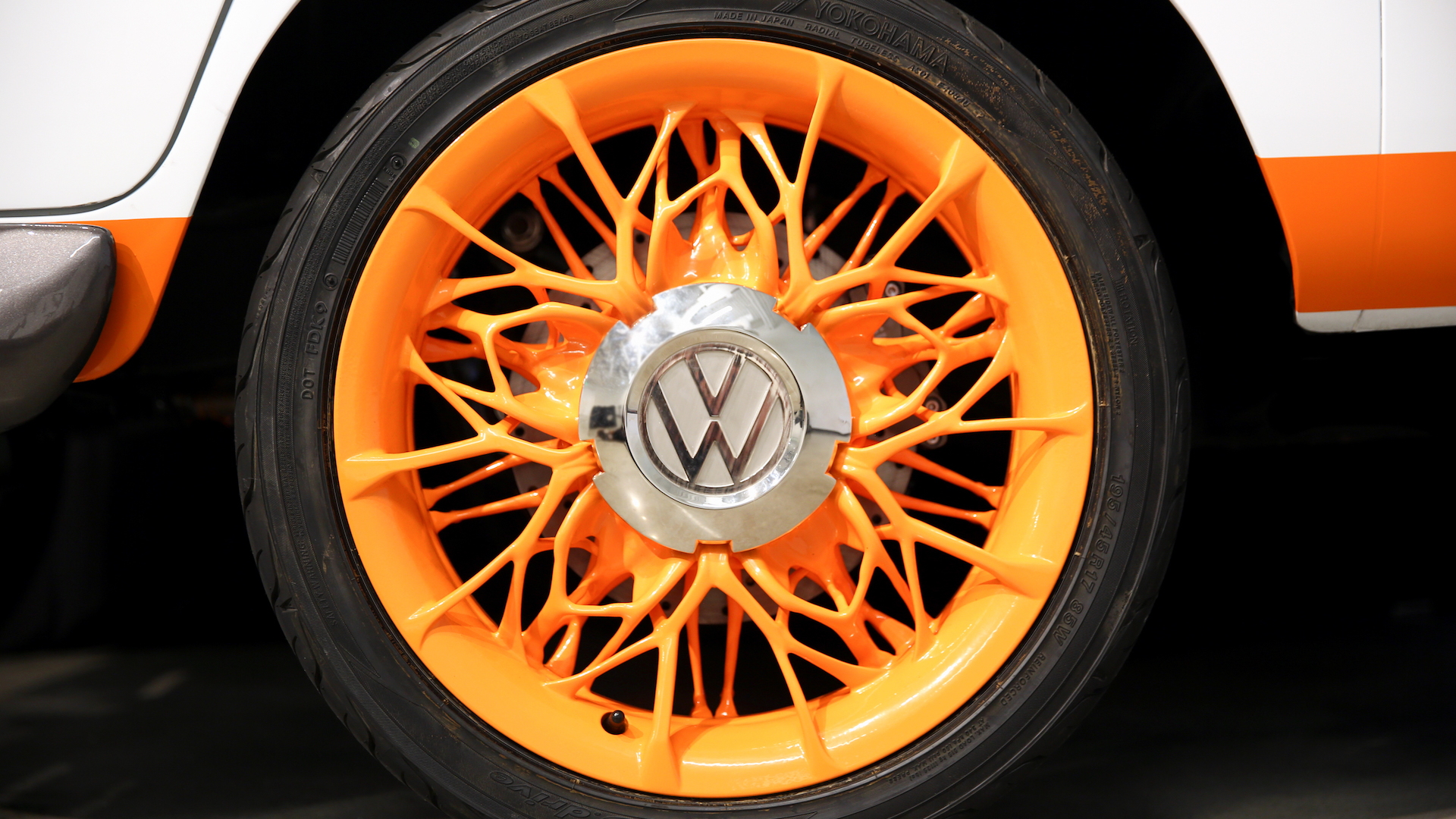 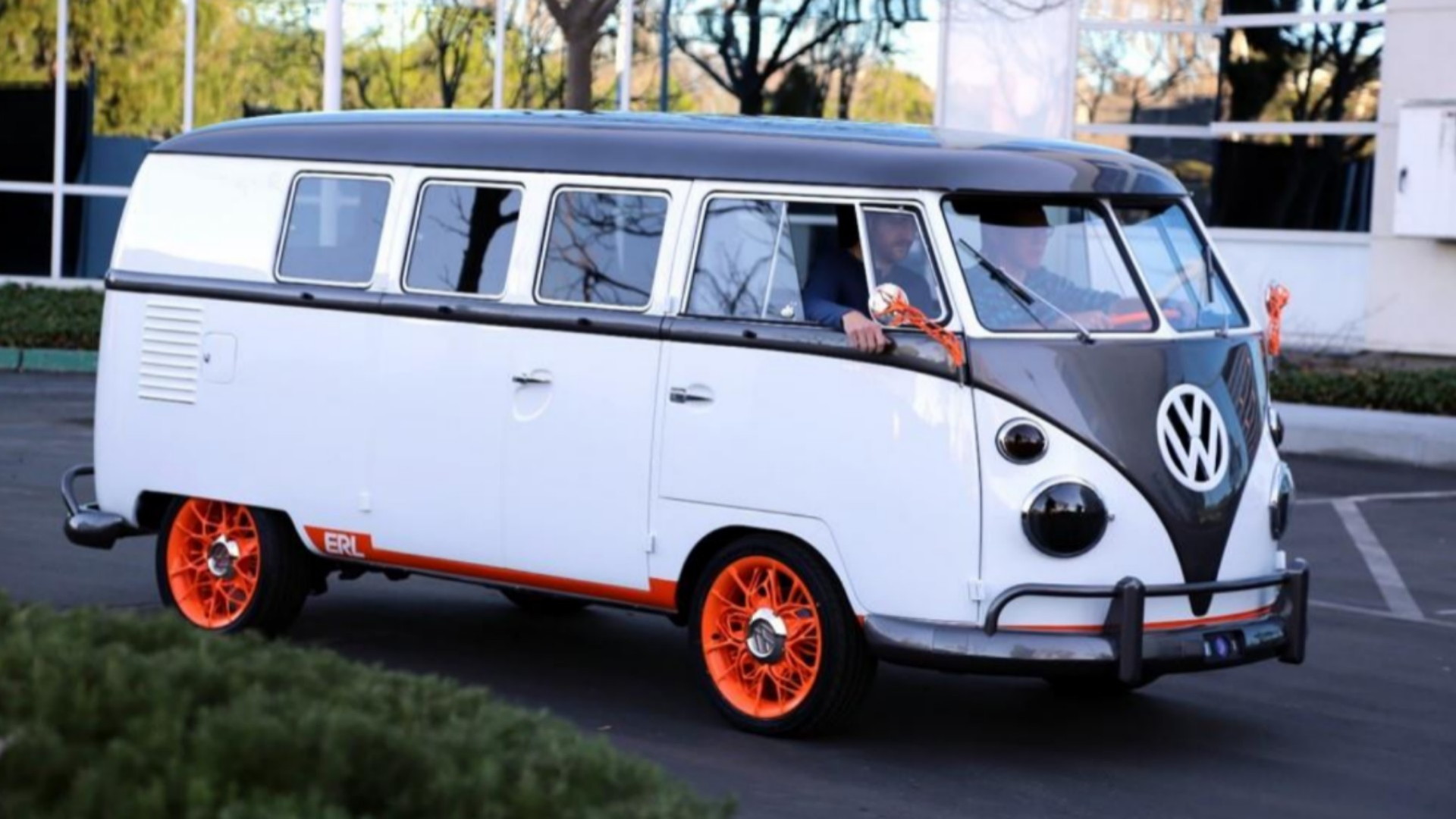 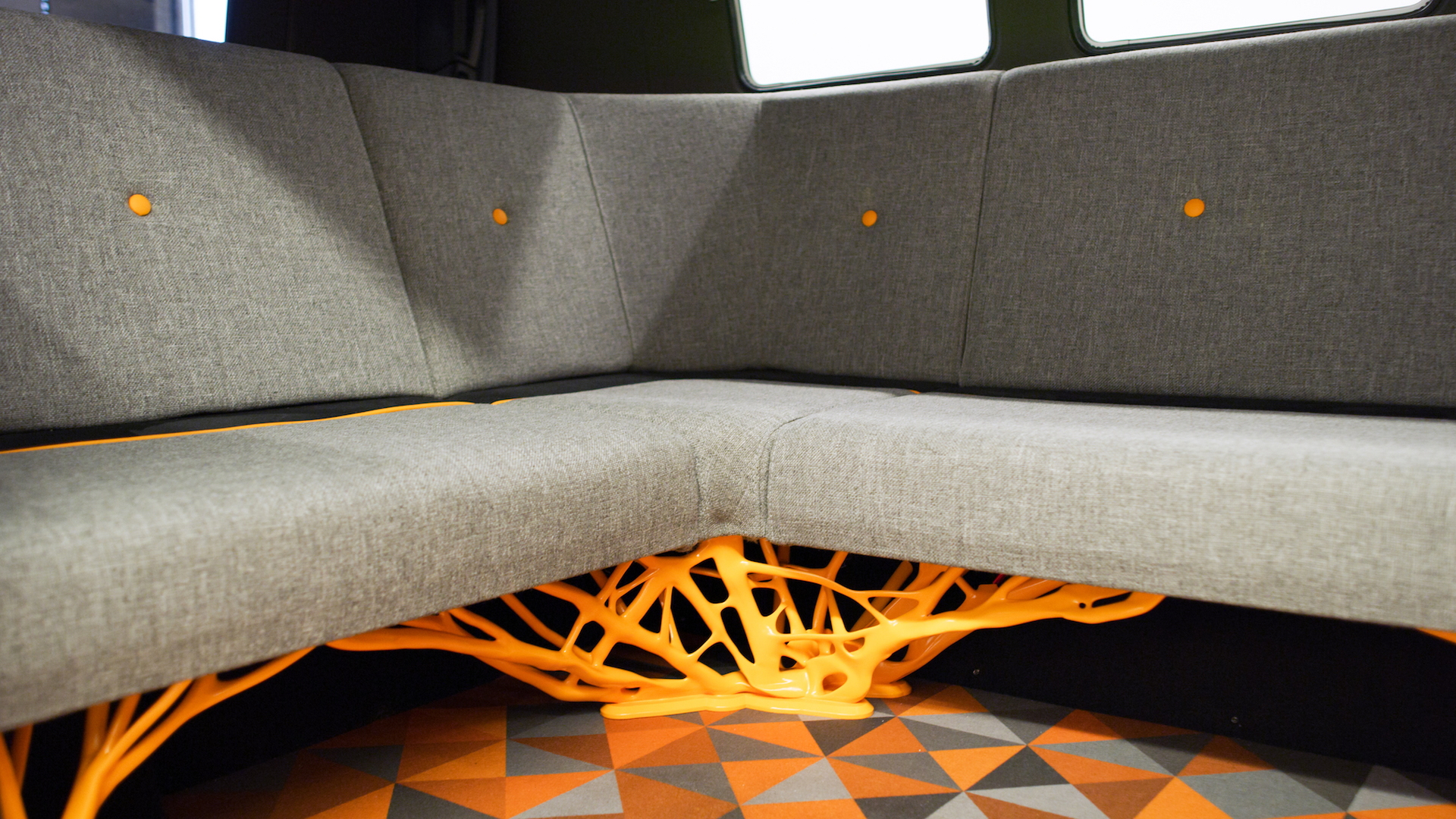 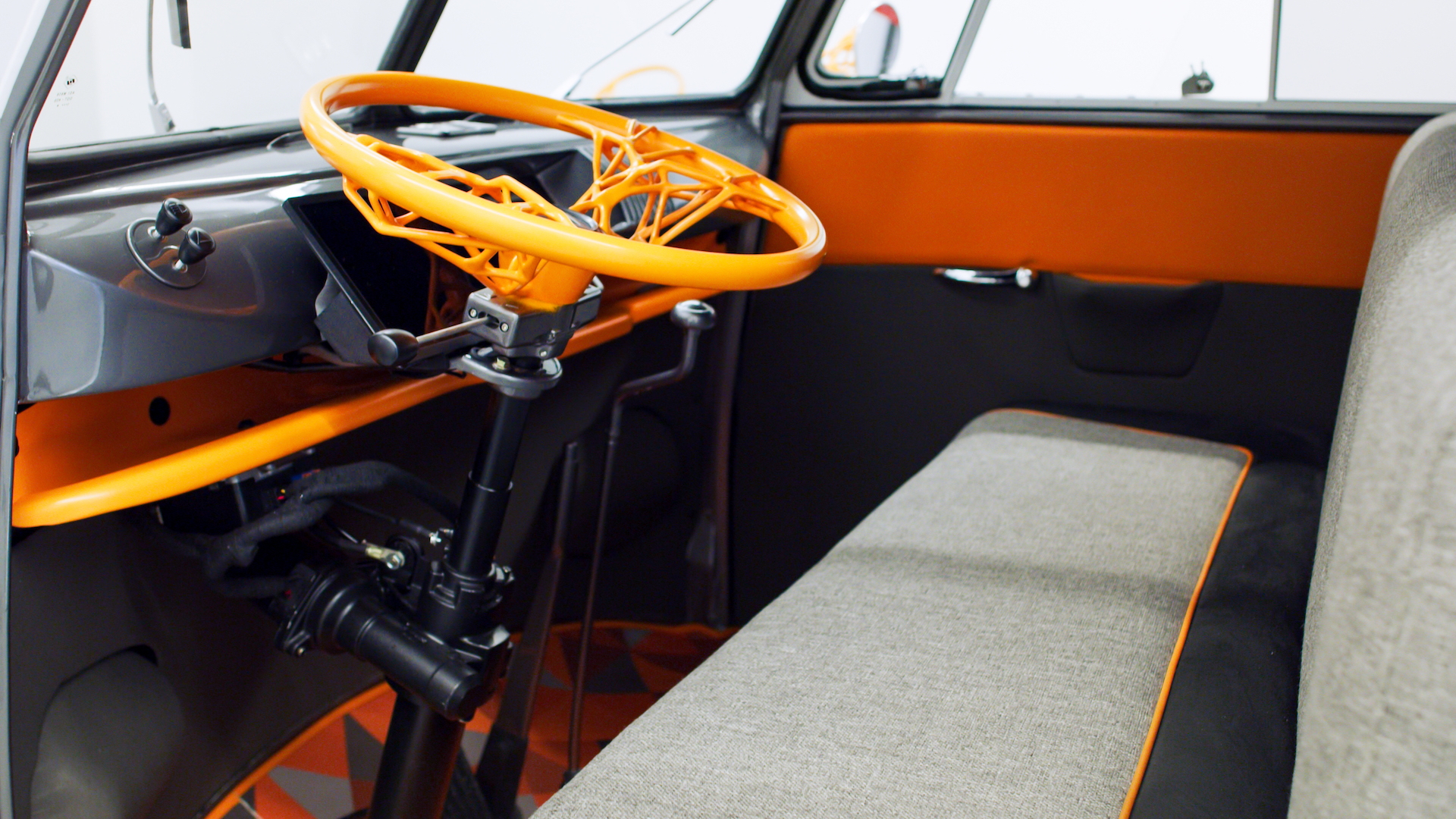 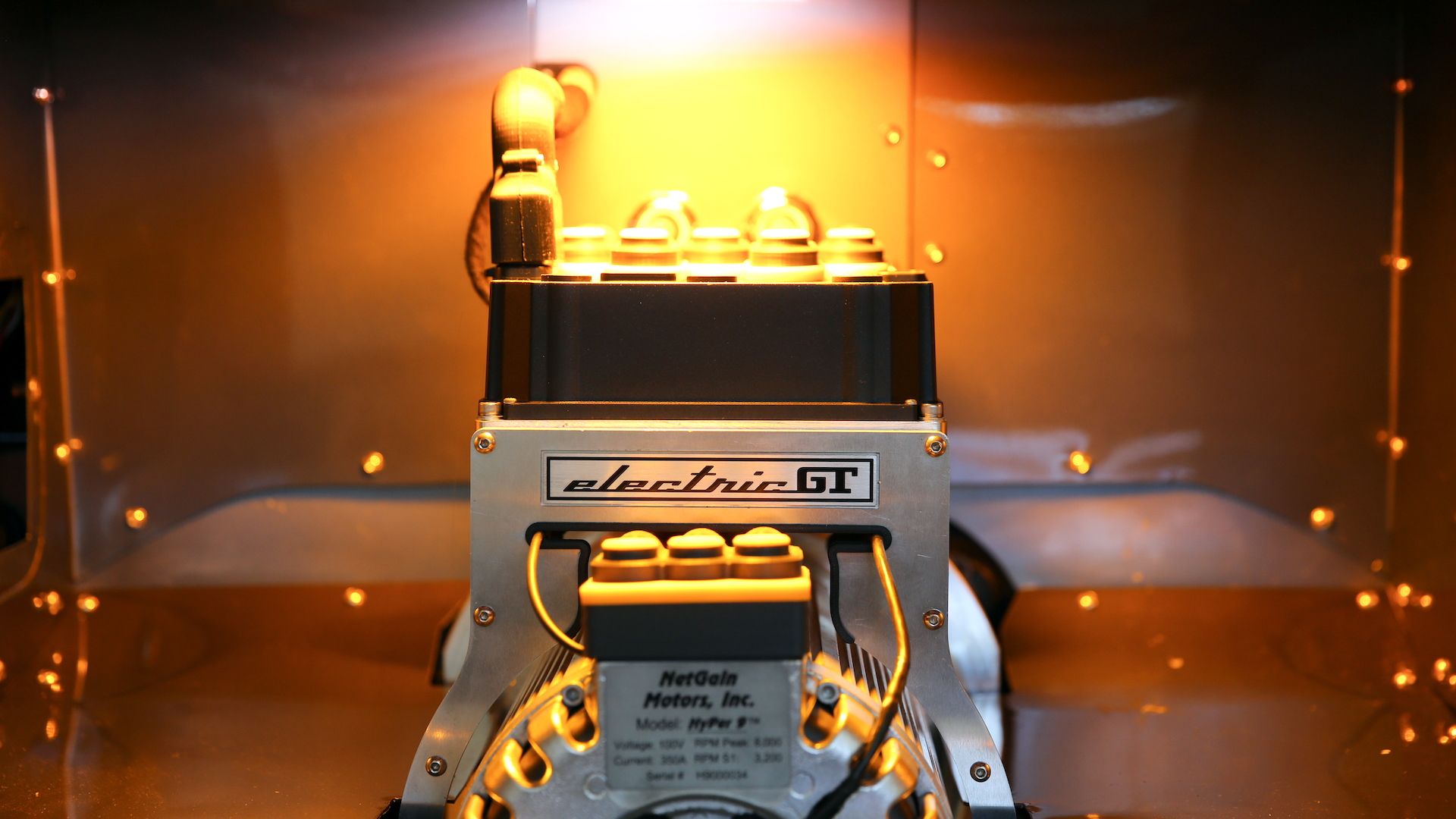 Electric vehicle makers face a weight dilemma. Shoppers want more range, and each extra kilowatt-hour of lithium-ion battery-pack capacity adds as much weight as carrying 2 or 3 gallons of extra gasoline around all the time. Yet the more a vehicle weighs, the more energy it takes to move it and its occupants from place to place.

Without the extra cost of advanced alloys and carbon fiber, what are companies like Volkswagen who are setting sights on affordability and mass-market electric vehicles to do? A software tool called generative design could be the key to dropping precious extra pounds in the next decade’s EVs.

In the Type 20 Microbus Concept that Volkswagen showed last week, celebrating its Innovation and Engineering Center California (IECC) in Silicon Valley, VW featured some unusual-looking parts that look like they might have come from an eccentric aftermarket accessory maker.

Those pieces, colored orange to draw attention, were all the result of such a generative design process, that uses some artificial intelligence techniques to keep to its engineering constraints but save material (and weight). Versus the standard-looking alloy wheels it started with, Volkswagen cut 18 percent of the weight—saving in the range of 20 pounds. In a similar manner, the team also reimagined the steering wheel, side mirrors, and the support structure for the bench seat.

“The generative design stuff has been going on for a while in the industry, but it’s usually in places you don’t see,” like optimizing parts of the chassis or frame, or reducing several parts into one, explained Erik Glaser, the principal product designer at EICC, as he walked around the Type 20 Concept. “So we were like, why can’t generative design be visible and maybe beautiful?”

The team decided that the results of such a design approach might be most impactful (and eye-opening) to see in wheels, holding up the weight of a fully drivable car.

How does it work?

Traditionally, a computer-aided design modeler has to make each individual item on the car manually. And that has to go through testing, then back for redesigns, often taking on more weight along the way. Generative design takes a big chunk of that back-and-forth design process and partially automates it, incorporating AI to make adaptive decisions along the way.

Glaser explained to Green Car Reports that first the team modeled some of the essential points of the wheel design, including its bead profile, outer surface, and five-bolt lug pattern, and it then ghosted in some constraints like the brake calipers. Next, they added in all of what he called the “physics information,” such as the weight of the vehicle, the power and torque it has, the impacts it will take, and aerodynamics—and how the design will be manufactured.

Some of the results may have been viable for the physics of it, Glaser said, but they were geometrically complicated and downright bizarre-looking. “Their software figures out a bunch of optimized results—some of which look insane,” he said. “And then you pick the ones you like and run another generation of it, as if you’re doing genetic research, almost.”

Then it’s a matter of sifting through the results. “We ran 300 iterations in the software before we ended up with the two that we liked,” Glaser recounted, calling it a “hybrid approach, of design working with AI.”

VW isn’t the only one to try this strategy. GM last year announced that it had used regenerative design (and Autodesk’s software) to redesign a seat-mounting bracket and consolidate eight pieces down to one. There are a handful of other generative design software packages—although Autodesk is the major player so far.

Larger-scale generative designs in the future

“I’m hopeful that in maybe 10 to 15 years, we might see entire frames being generatively designed. It’s possible this could be part of a complete, fundamental change in automotive factories and how cars are manufactured,” summed VW’s Morandi, in a release.

It takes an up-close look at VW’s Microbus concept to see that the front and rear wheels, while aesthetically close (and both designed to be cast), are actually different designs—because they handle different loads and forces. For a production vehicle you wouldn’t do that, Glaser admits, but for a technical showcase it’s an interesting talking point.

The California facility where this was conceived serves as a testing ground for VW's new technologies and processes. If this test is seen as successful it could be handed off to be used in a production vehcle—an electric car, perhaps, some time in the next decade.