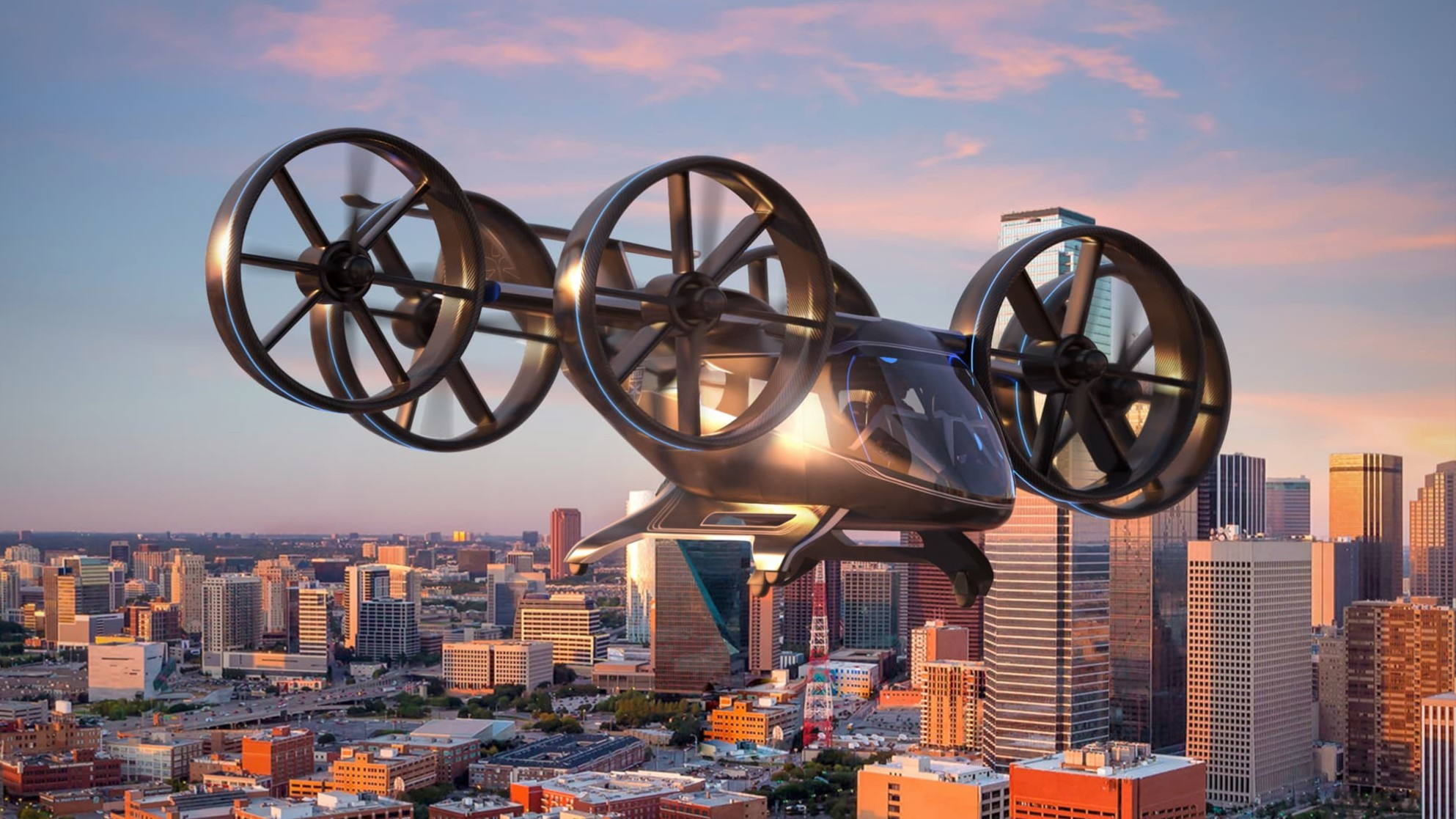 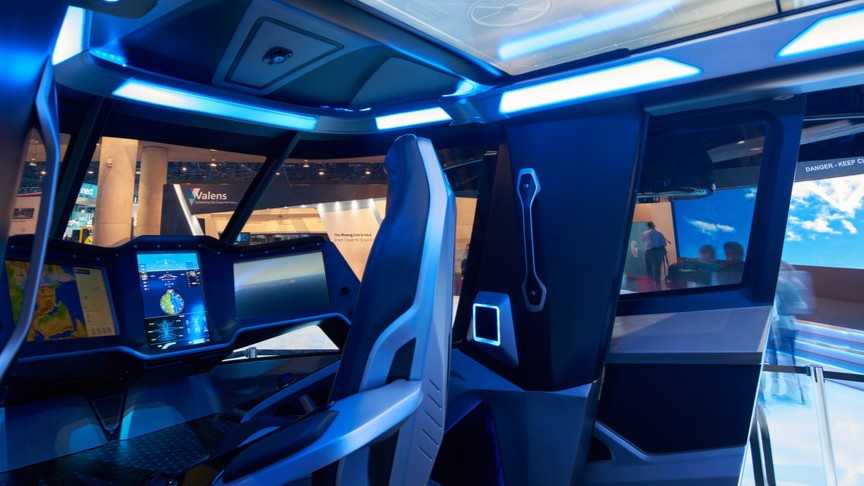 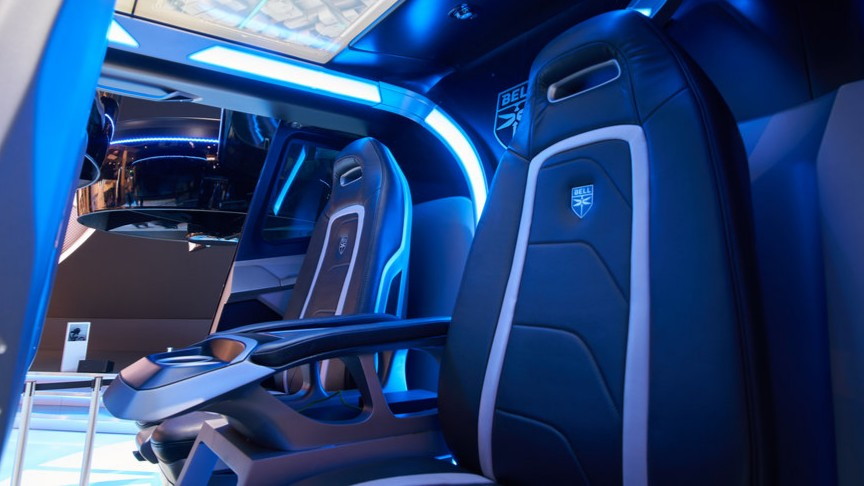 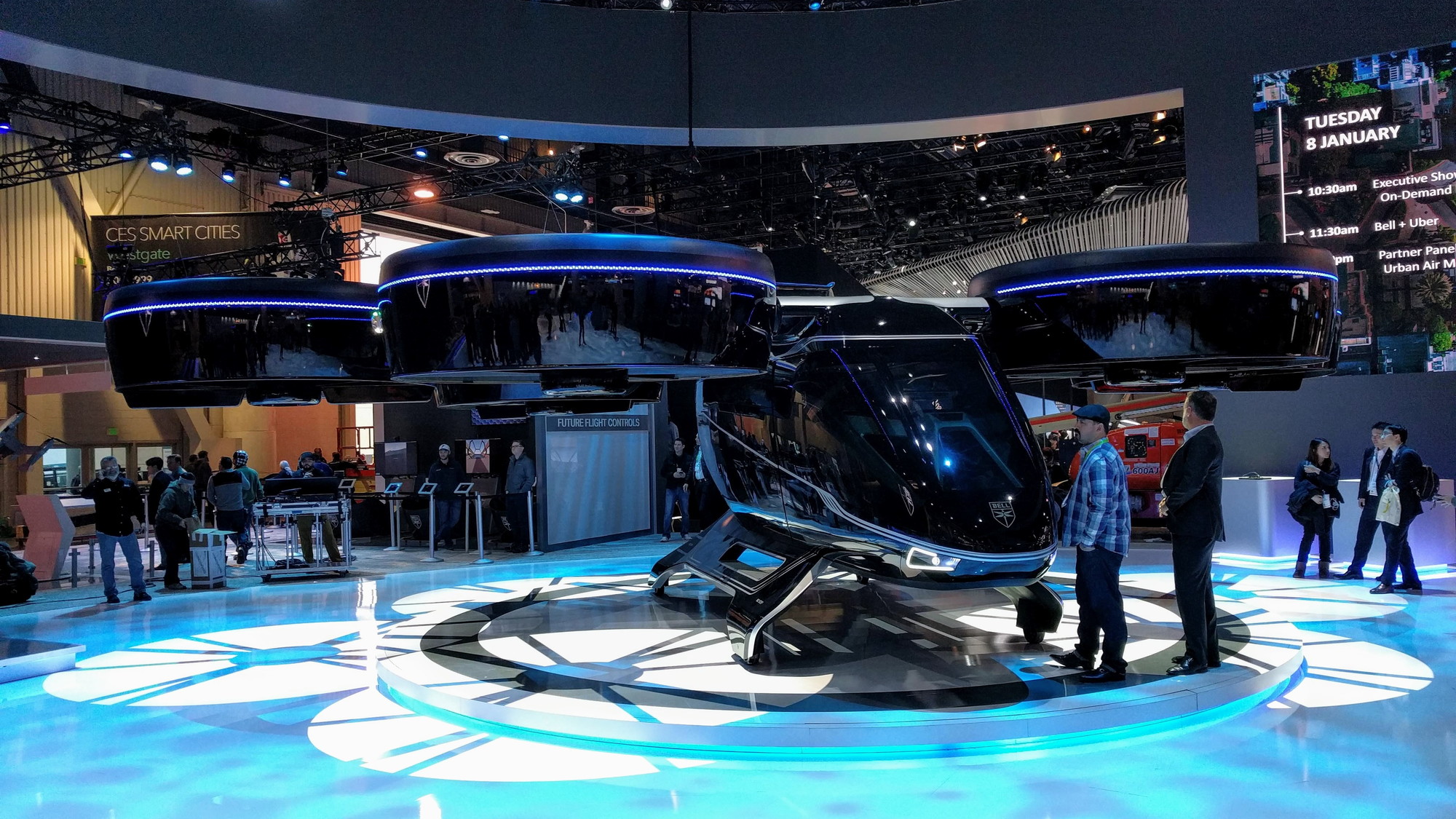 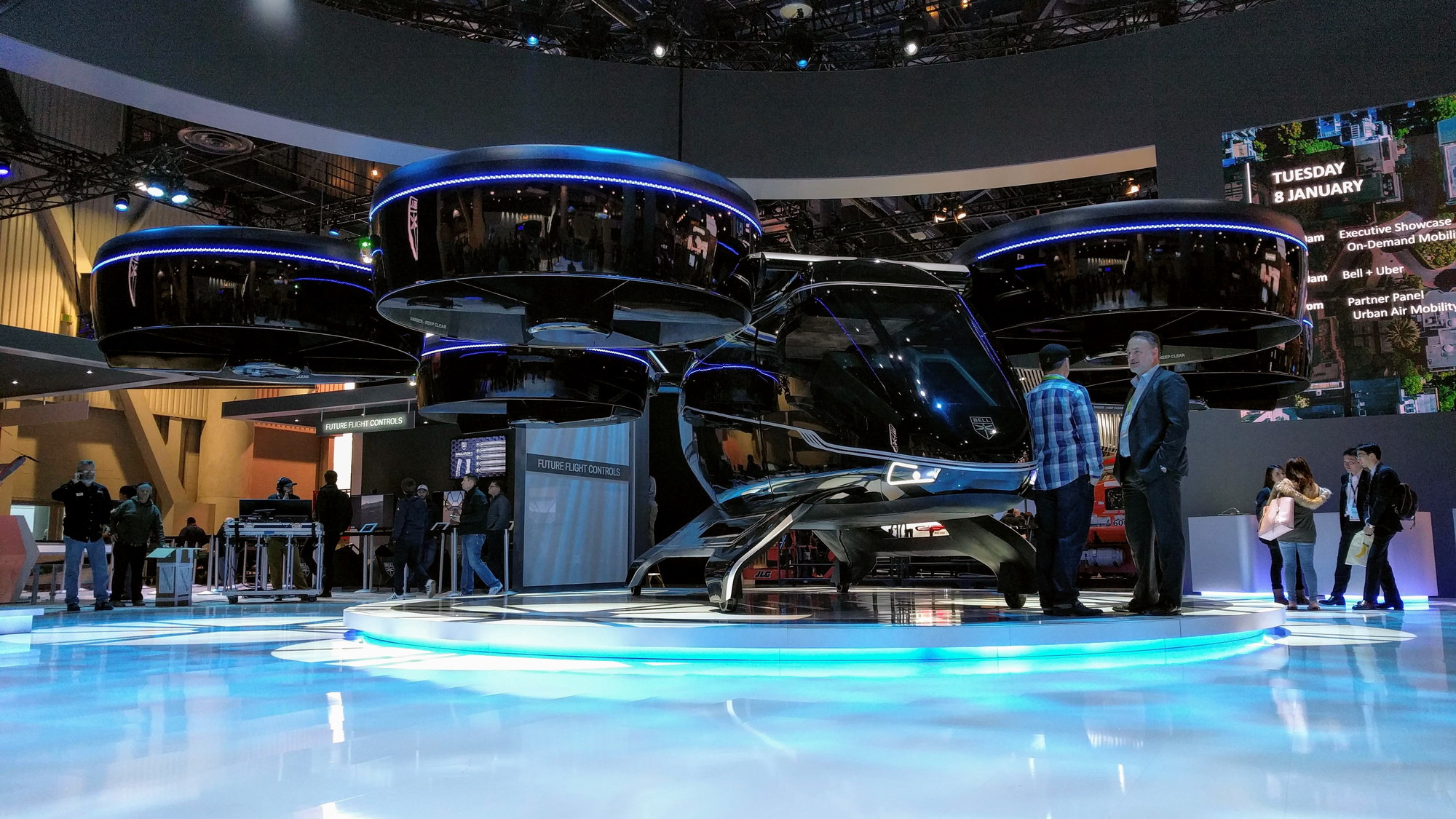 Although flying cars aren’t looking that much closer to reality, your Uber could take to the air in just a few years and be electric.

In January, at CES, Bell Helicopter presented one such example, the Nexus. Six tilting fans provide both thrust and lift, while wings also help provide the lift for forward flight. Its series-hybrid system also includes an internal combustion engine that drives a generator and acts as an electric distributed propulsion system. There’s no mechanical transmission.

With a targeted range of 150 miles at a cruise speed of 150 mph, the Nexus would be able to fit the needs of the Uber Air project—an end product of the company’s Uber Elevate project. Uber claims the air-taxi project will be cheaper and more space-efficient than expanding roads, rails, bridges, and tunnels. Further, it says that such aircraft will be safer than surface transport.

Uber Air has targeted a 140-kwh battery pack for a four-person craft, with an eventual goal to pack enough batteries onboard to go entirely electric (with an engine as backup, perhaps.) Uber Air's vehicle partners include Aurora, Bell, EmbraerX, Karem Aircraft, and Pipestrel Vertical Solutions.

DON’T MISS: Uber to bank London surcharge toward electric vehicles for its drivers

"Bell doesn't believe in parachutes in a vehicle like this," said Bell’s VP of innovation, J Scott Drennan, Bell’s VP of engineering innovation, at a Q&A session Green Car Reports attended for the concept at CES 2019—referring to the solutions that some other companies have suggested. Bell’s series-hybrid system will have the capability to go all electric for short times and will be designed to come down under power if the gas engine fails, he said.

Such craft will need to be charged quickly and often. The charging network and technology company ChargePoint, an official ecosystem partner, is developing a 2 MW charge connector for such vehicles.

Last week, at the Heli-Expo in Atlanta, Scott Drennan, Bell’s VP of engineering innovation, revealed a little more information about the project to Shephard Press, a UK military and aviation trade publisher—specifically, that Bell hopes to see the vehicle serve not just as an intracity urban air taxi but to serve some intercity purposes, too.

Drennan pointed to the weight challenges of the powertrain, and a hurdle with the distributed rotor system: It isn’t as efficient as one large rotor. Although no one sees the open rotors, Drennan pointed out. “It’s a great safety signal to them, that they can comfortably approach the vehicle.”

In the meantime the company continues wind-tunnel testing and is starting to build parts for a working version.

Bell is hoping to have a fully operational vehicle that can serve customers by the middle of the next decade, said Drennan—which sounds aimed to synchronize with Uber Air’s timeline, to start commercial operations in 2023, with a low volume of test craft beginning in 2023 and urban public flight operations in 2025.

The first Uber Air markets are targeted to be Dallas, Los Angeles, and an international city. Australia, Brazil, France, India, and Japan remain on the shortlist to have one of those launch markets.

One sticky point remains: Uber hasn’t yet presented a compelling comparison of such vehicles versus just staying on the ground, in terms of carbon emissions (potentially a very sticky point for the LA basin). It has, however, pointed out that this solution would involve far less carbon emissions (and air pollution) than existing aircraft—partly because as with electric cars, the flying vehicles would get cleaner as more sustainable power sources come online to charge them.

Uber Air sees distributed electric propulsion, and vehicles that will each carry just a few people, as a next big step in transportation. VTOLs will fly from hub to hub, where they’ll be combined with other forms of transportation. These vehicles would typically carry four people plus a pilot, with the long-term goal of carrying a fifth passenger and making them autonomous.

READ MORE: Which Is Greener: Flying Or Driving To Your Destination?

In its 2016 white paper on the topic, Uber even set a noise goal of 67 dB(A) at ground level when a VTOL is at 250 feet altitude—roughly the same as a Toyota Prius driving by at 35 mph, 25 feet from the subject.

“We want to create the network around those vehicles, so that regular people can take these taxis in the air for longer distances, when they want to avoid traffic, at affordable prices,” Uber CEO Dara Khosrowshahi summed up to CBS This Morning in January.

Getting there requires a long list of hurdles, some of which are being fast-tracked. They include a different operational certification, pilot training protocol, air-traffic management.

Although the time when the Nexus or other such VTOLs might fly themselves remains hazy—or even become a reality with a pilot—it’s becoming clearer that the future for local (and even regional) air travel will be electric.