Fiat Chrysler Automobiles is recalling 10,021 Chrysler plug-in hybrid vans for an issue that could result in a stall, or possibly the increased risk of a vehicle fire.

In the vehicles affected—2017 and 2018 Chrysler Pacifica Hybrid models with production dates of August 16, 2016 through August 7, 2018—the gasoline engine might not start properly after the vehicle has been operating in its plug-in (electric) driving mode, resulting in unburned gasoline entering the exhaust catalyst. That fuel could potentially ignite, increasing the chances of a vehicle fire.

FCA told Green Car Reports that it is not aware of any accidents or injuries associated with the issue.

The Pacifica Hybrid is a seven-seat minivan that provides 33 miles of EPA-rated electric driving. Operation is simplified compared to every other plug-in hybrid on the market. You simply charge the Pacifica Hybrid up and then, provided you don’t press the accelerator too far it stays in electric mode until the 16-kwh battery pack gets to a determined minimum charge level.

After that it operates as a hybrid, with its V-6 generally coming on during acceleration and higher-speed cruising but shutting off during coasting, deceleration, and some lower-speed cruising. 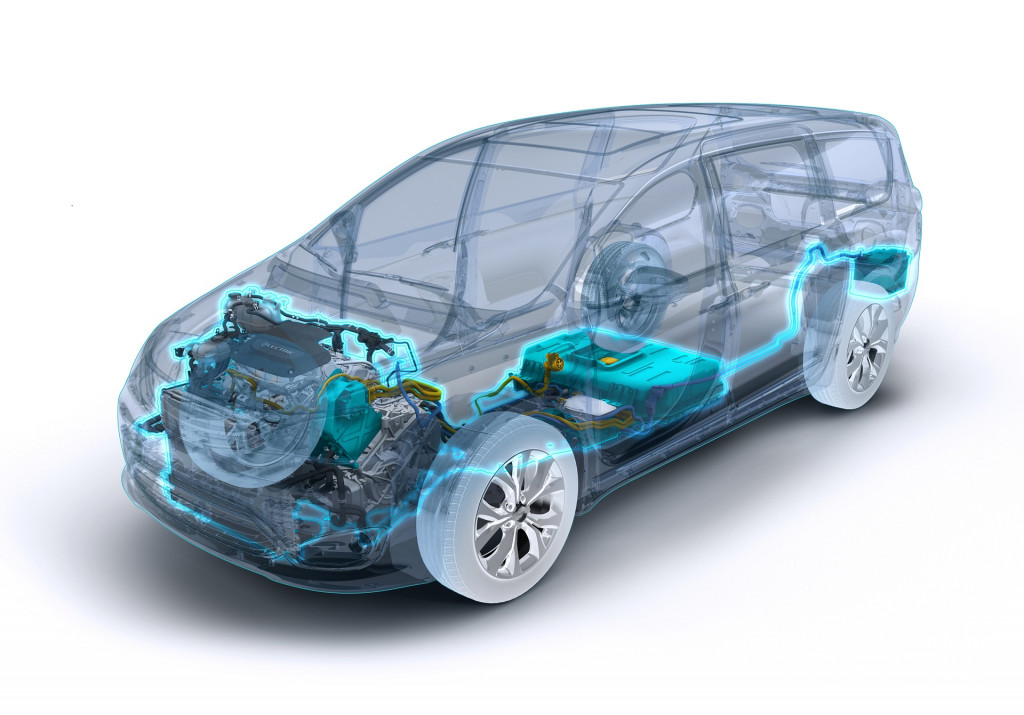 In documents reporting the issue to the National Highway Traffic Safety Administration, the automaker said that powertrain control software could synchronize the four-cycle engine 360 degrees out of phase, leading to behavior in which “the electric motor will continue to spin the engine in this condition causing significant amounts of unburned fuel to enter the catalyst and potentially ignite.”

The issue is related to a previous recall effort affecting more than 4.85 million Chrysler, Jeep, Dodge, and Ram vehicles—including the Pacifica Hybrid—for an issue in which the cruise control might not disengage. Vehicles that got the software flash to fix that previous issue might be in the clear for this new one, but Chrysler wants to see them all back to update the powertrain-control software, inspect the catalytic converter, and replace it if necessary.

Chrysler has already issued several other recalls for the Pacifica Hybrid—the most noteworthy one for a potentially faulty diode inside the power inverter module that could immobilize the van.

This recall effort is expected to start December 8, 2018, and owners can contact Chrysler customer service at 800-853-1403 with questions.